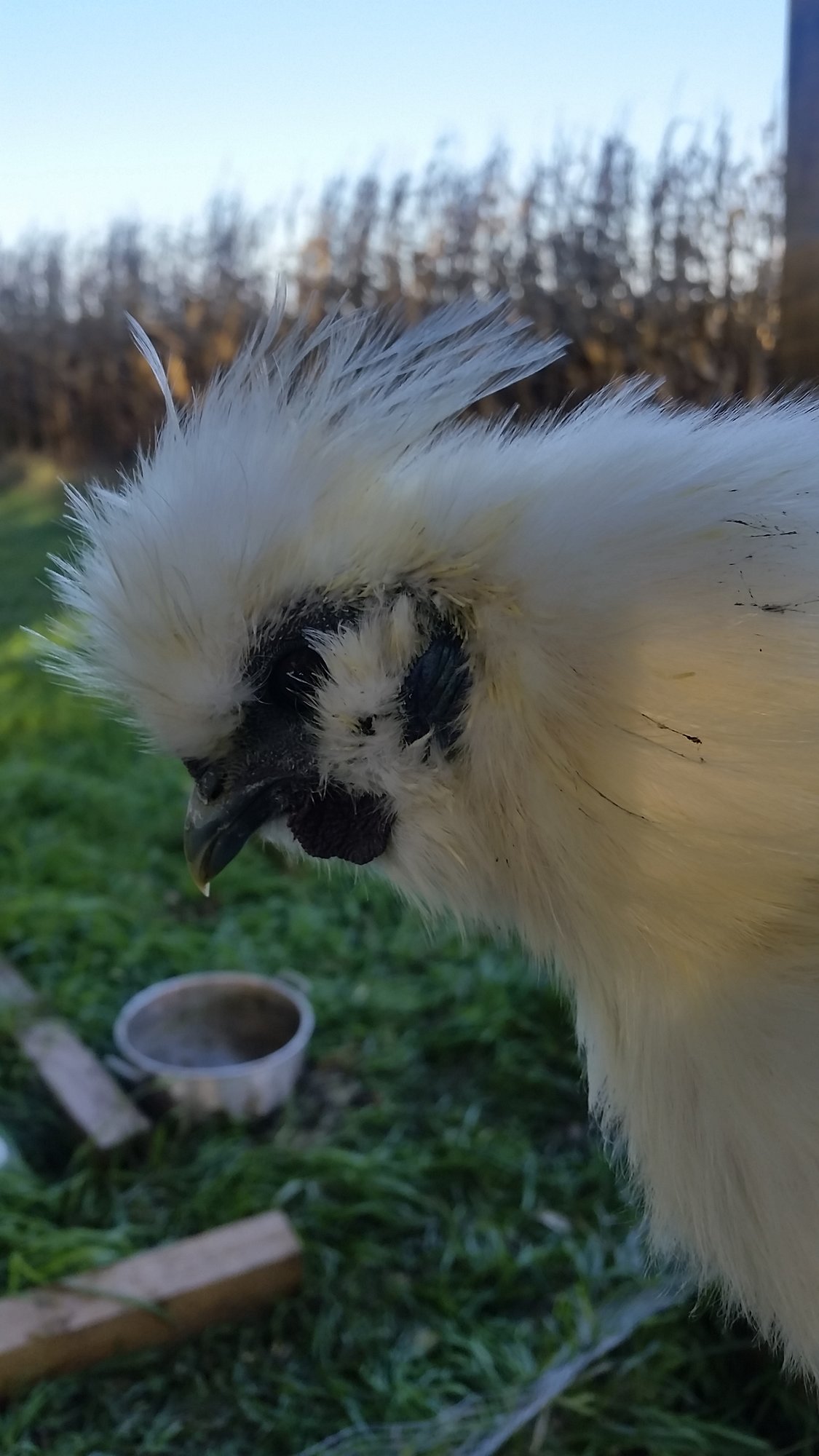 We purchased 9 chicks from Bomgaars that were labeled as an egg layer variety. Three somehow managed to jump out of the coop when they were young and got eaten by an owl. Out of the six that were left, four of them were roosters. This one didn't crow until today, a week after we butchered the rest of the roosters. My boyfriend thought it was a hen and I was sure it was a rooster haha. Now we have one hen out of the nine that were supposed to be egg layers.

Am I just out of luck? Do I call Bomgaars to report anything? I just think that it's unfortunate that I had to kill for Roosters because they were sold as egg layers.

Slowly introduce the other chickens to her. Only for a few minutes at a time, then gradually increase the time that they spend together until she is permanently living with them. She won't get picked on to much if you do this. She will get picked on a little bit but that's about it.

Report to Bomgaars and tell them what happened, they shouldn't advertise roosters as egg-layers if they couldn't sex them. No one can sex silkie chicks anyway. Hatcheries I usually buy pullets from always advertise the silkies as unsexed. If you don't want to call them then I would buy a companion for your silkie (Probably bantam). The hens, especially the rooster will beat her up.
K

I called Bomgaars and they called their corporate office. They said that they would give me a refund and that the silkies shouldn't have been advertised as egg layers. They were all in the same group labeled as egg layers so I learned my lesson! I will try to introduce the little chick slowly to them. She's always been very shy and picked on by the other roosters that she grew up with so I'm hoping that maybe trying to introduce her slowly will work!

At least the refund is nice but, look what you had to go through. If the silkie is a female, they often make excellent broodies and will sit on and hatch fertile eggs,. They also make good house chickens (pets)
K

drumstick diva said:
At least the refund is nice but, look what you had to go through. If the silkie is a female, they often make excellent broodies and will sit on and hatch fertile eggs,. They also make good house chickens (pets)
Click to expand...

Yes, I agree the refund is minimal for having to kill all the roosters since it was such a violent environment for everyone else! Good to know about her maybe being broody! Thank you!

Colored Egg Layer Rooster? What breed is this?

Am I right on genders for these 5?