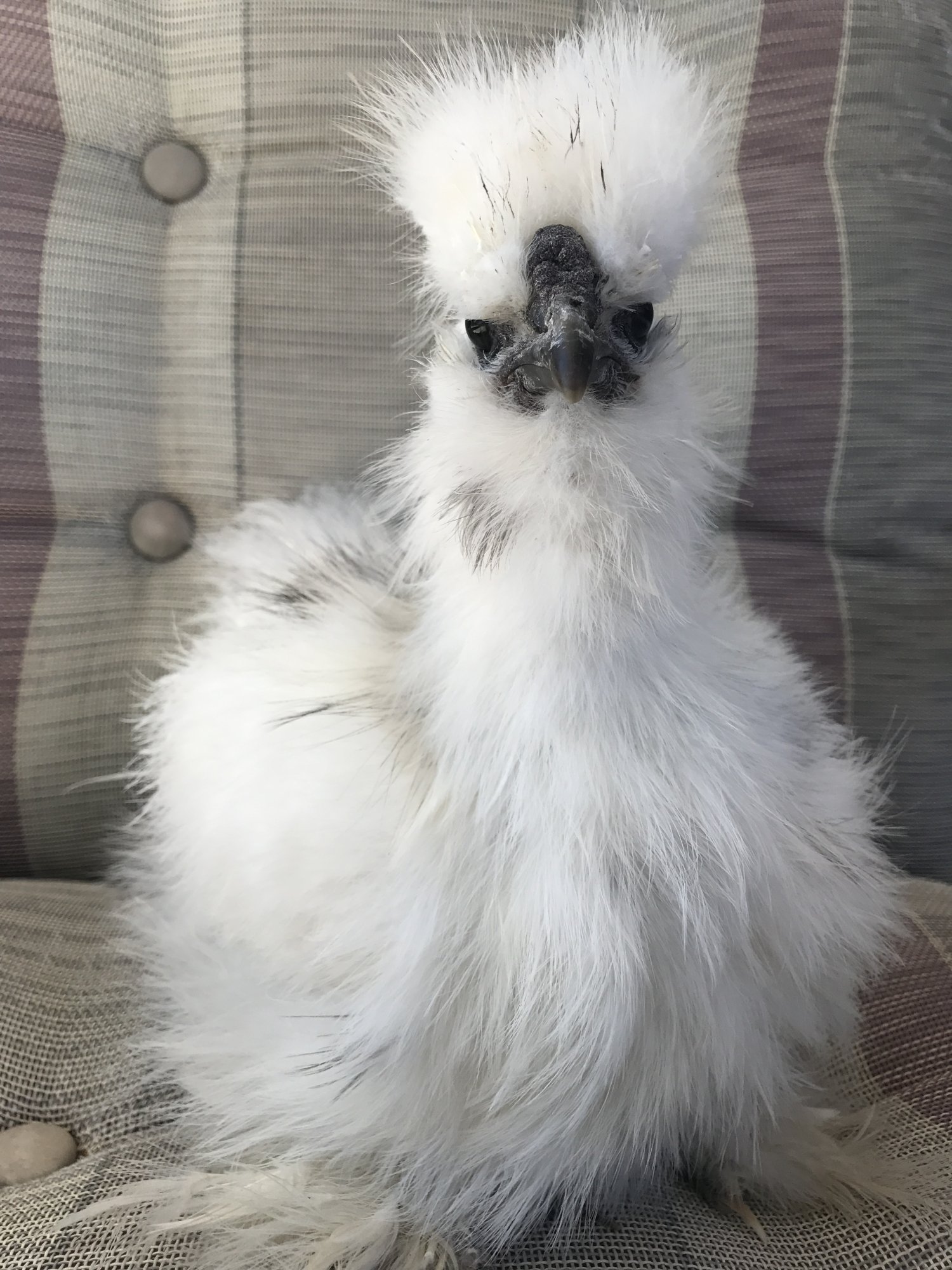 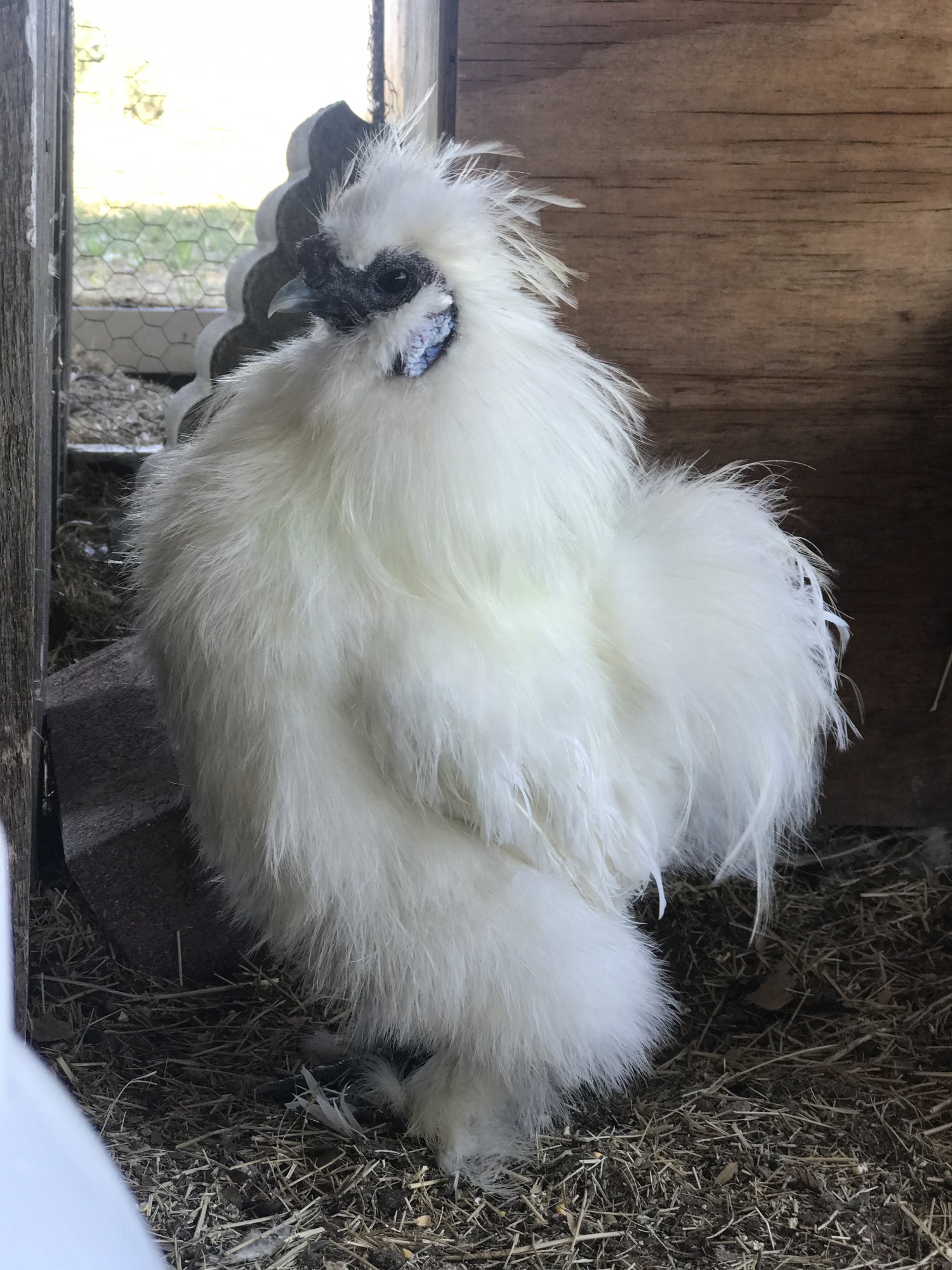 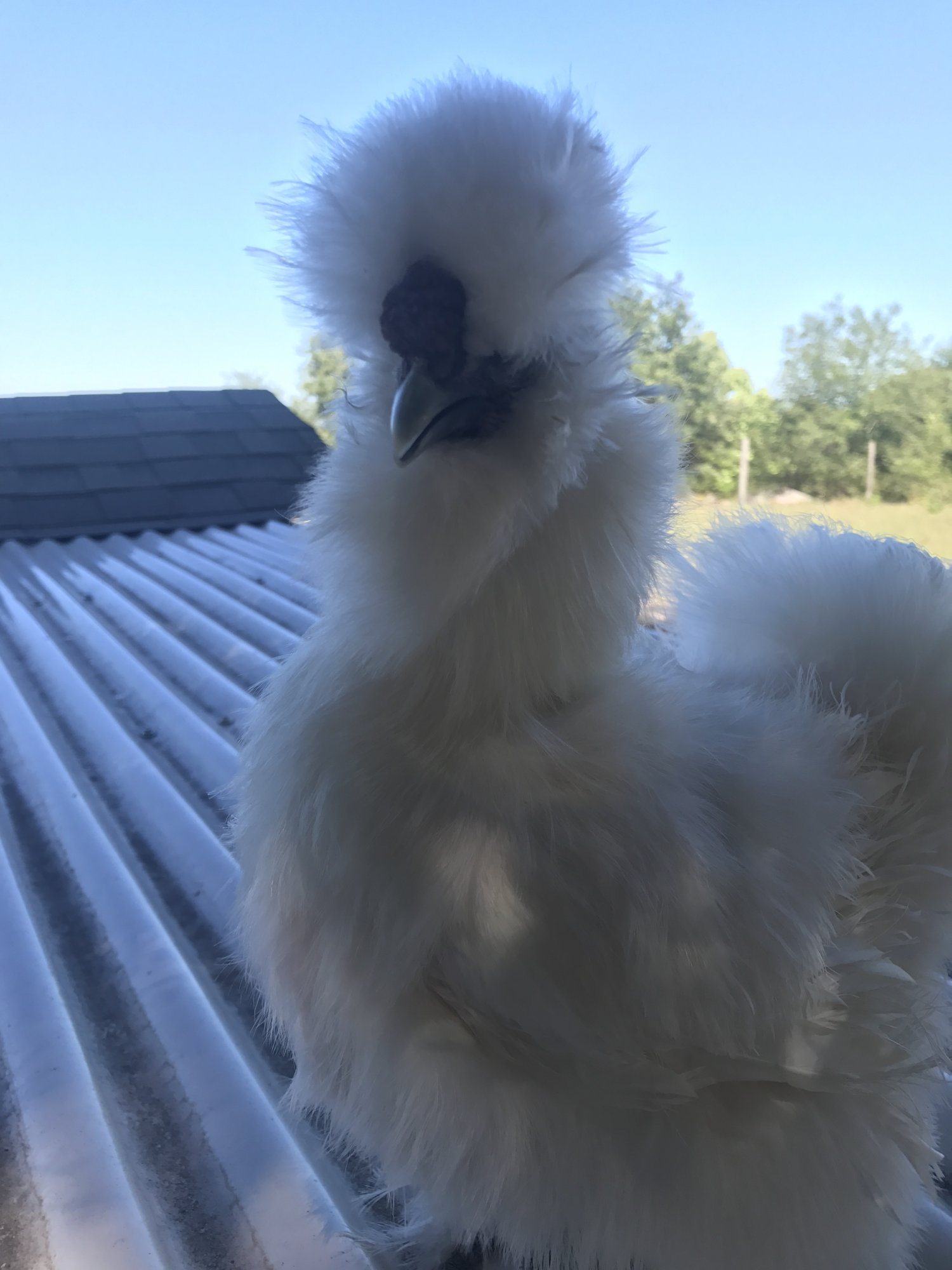 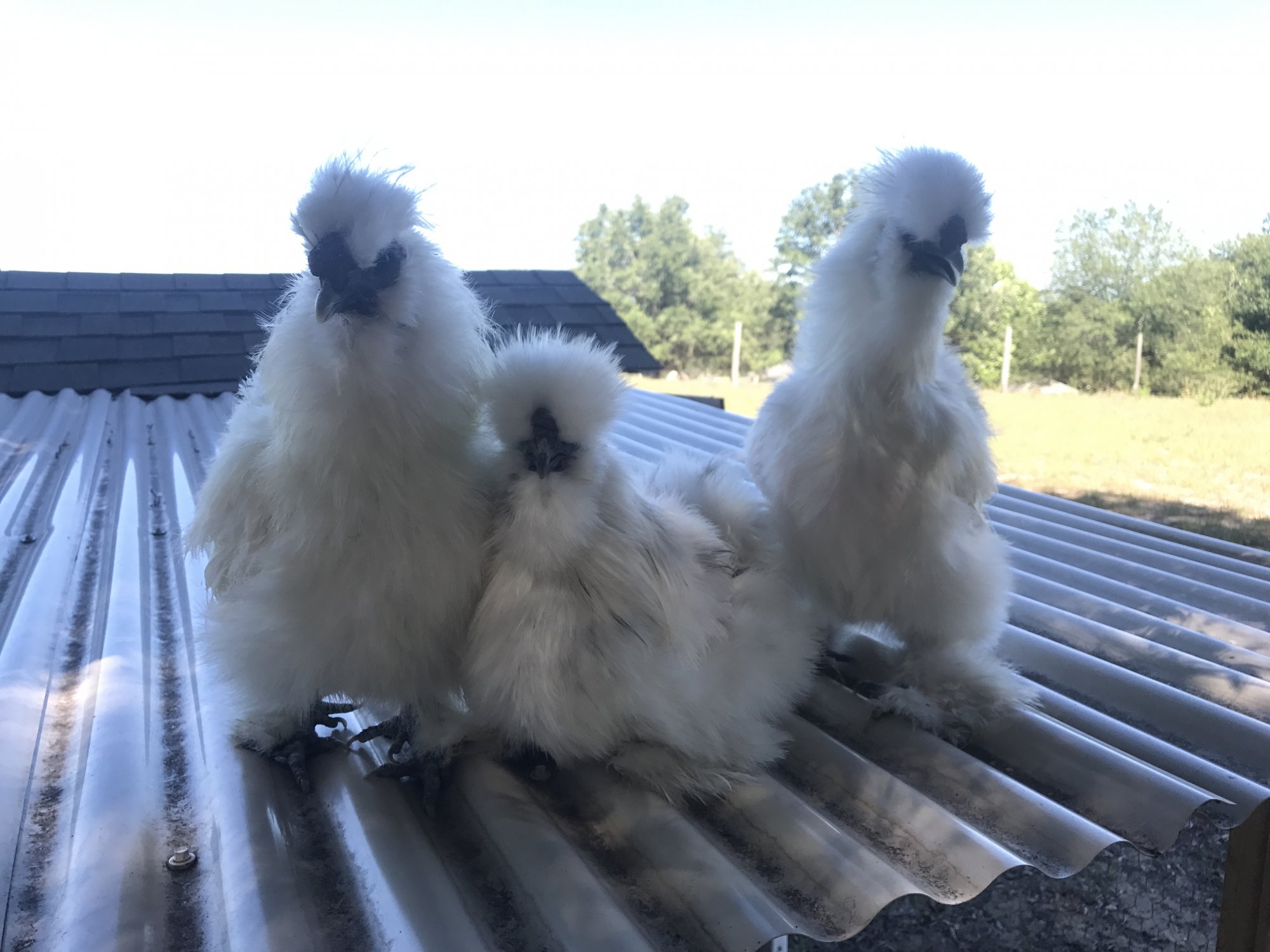 I have these three silkies and I am having trouble trying to figure out what two of them are. I know Vinny, the one on the left in the group picture and the one in the second photo, is a roo. The other two are the ones I'm confused about. I bought them locally and the seller didn't have much information on them. I know Suzie, the one with black spots, is approx 9 months old now and Jazzy's age is unknown. Suzie and Jazzy sometimes "square up" (as I call it) out when they are free ranging and have an occasional squabble. They never seem to have issues with Vinny (the known roo).

Any guesses on what they could be?

Also, if I were to add another silkie roo the the coop, would there be problems? Vinny is very welcoming to new Roos especially the younger ones.

I'm not sure about Suzie, but the other two are roosters. I don't know if you would have a problem I don't have roosters.

Is my Silkie a Roo or Hen? Also thoughts on younger 2 silkies