Anyone ever bred this cross?

I have a SLW Roo and a couple Spitzhauben hens. I had a couple hatch under one of our hens and I have two in the bator due to hatch any time now.

Any clue if they'd be sex-linked? From what I've read I'd say no, however, of the two that have hatched so far, one is black the other spotted. 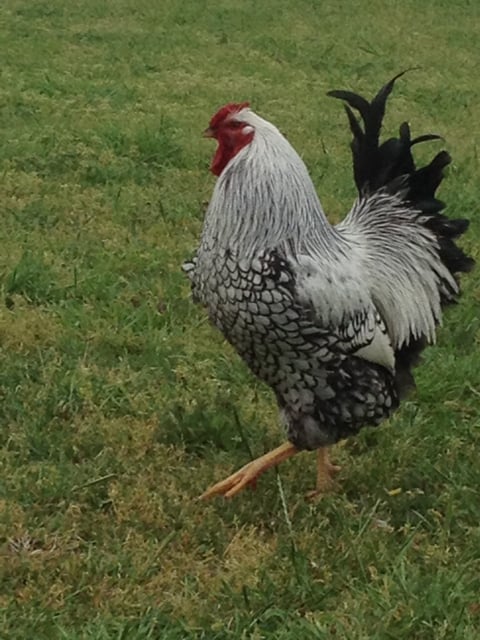 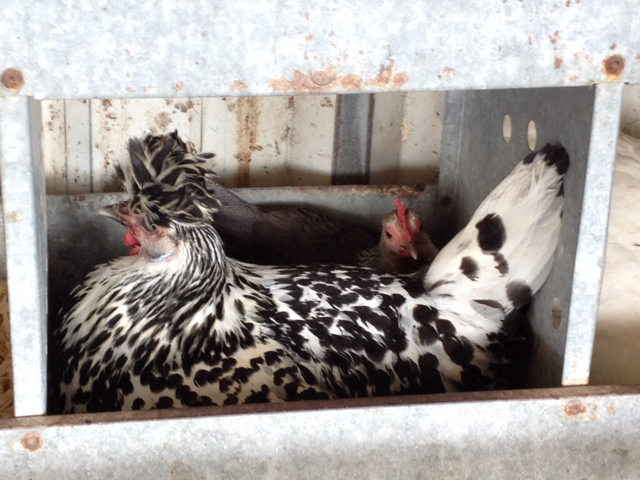 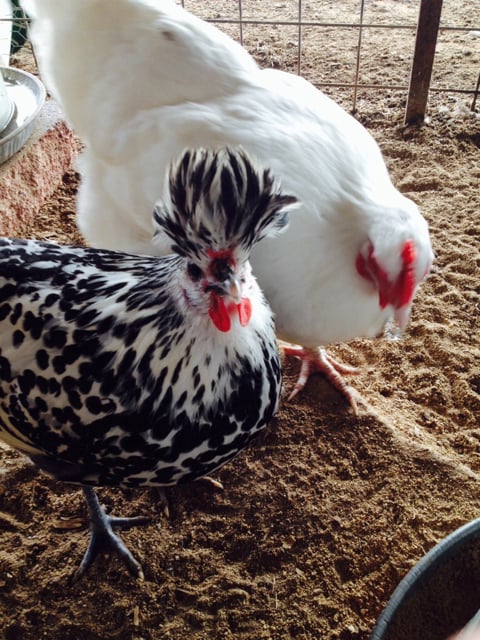 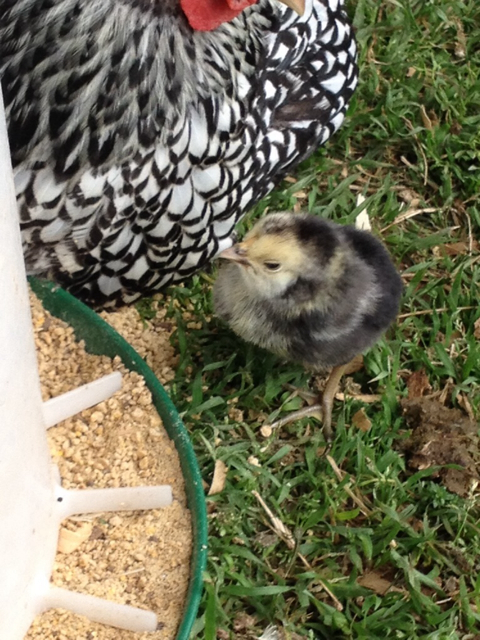 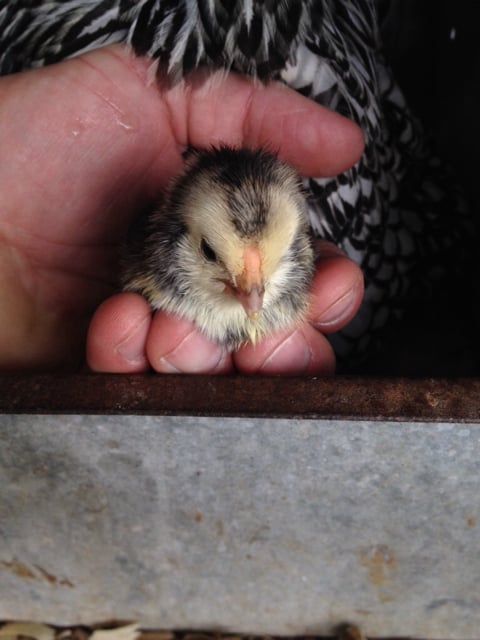 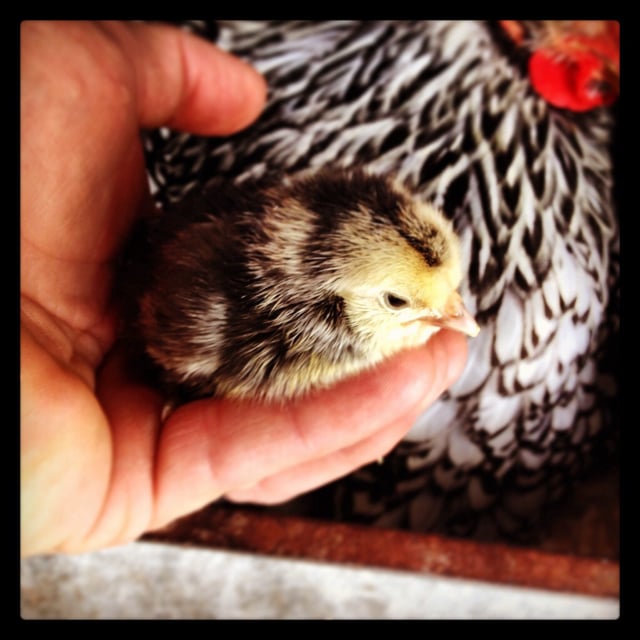 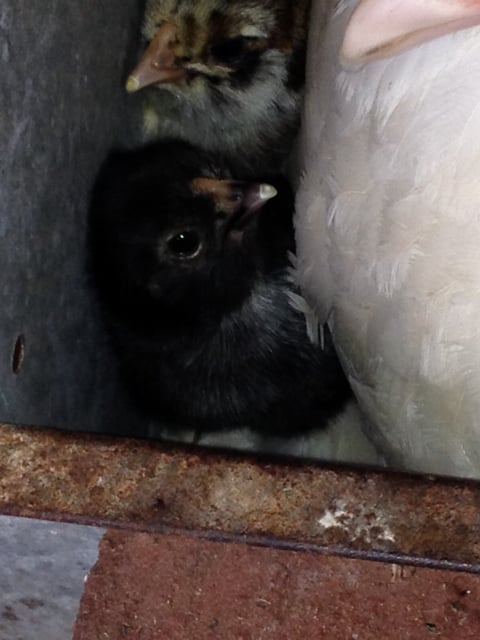 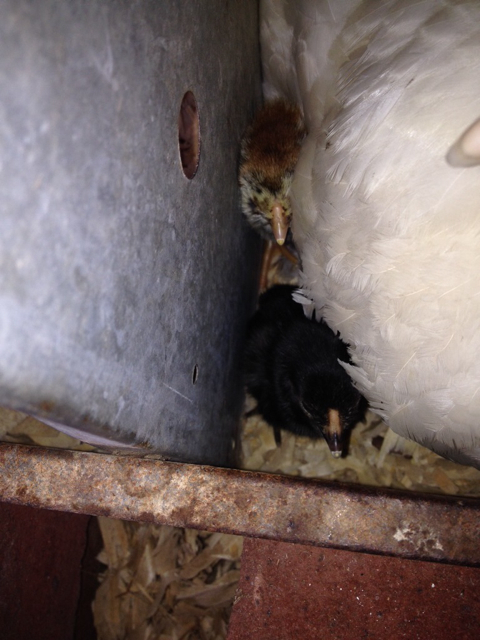 Anyone know on if they'd be sex-linked?

I don't think they would be. Both rooster and hen are Silver based.

I figured not but just thought I'd ask. The only down colors we've gotten from this mix so far is solid black and the yellow and black like chick #1.

I've got one more egg in the bator right now and I actually just had a Spitzhauben go broody yesterday. We put three more of this cross under her.

Both chicks appear to be getting a very small top knot. Should be interesting to see how much of one they get. This is the newest chick that hatched from the bator. The other SLW x AS egg in the bator had a bad air cell and never hatched. This little one had a slipped Achilles tendon that we noticed very quickly and put back in place and have had the leg wrapped. It is about 95% healed, if not more, and we don't expect to have any further problems with it. It is a neat dark brown color and appears to be feathering out black and white as you can see at it's wing tips. It also seems as if it may have the horned comb or at least a variation of it. This is the first one we hatched at about 4 weeks old. It is feathering out very interestingly. This one appears to be a Roo as it already has a pink comb. Sorry it's head is turned, this is the only photo op it gave me...fast little guy! This is the second one we hatched and is chick #2 in the original post. This pic was at 3 days old but it is now about 3 weeks. I don't have an recent pic yet but post more as I get them. 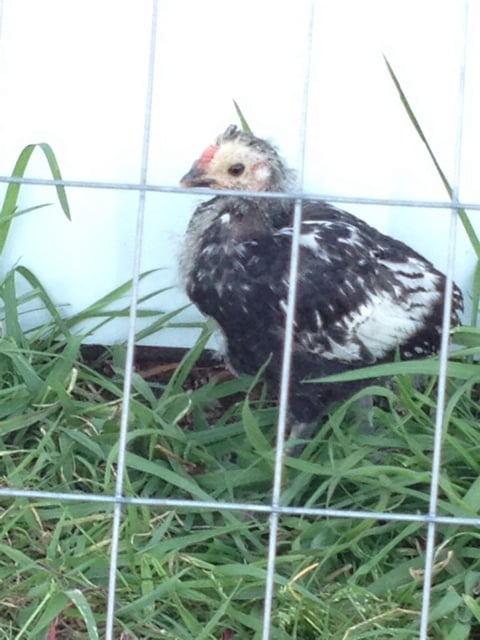 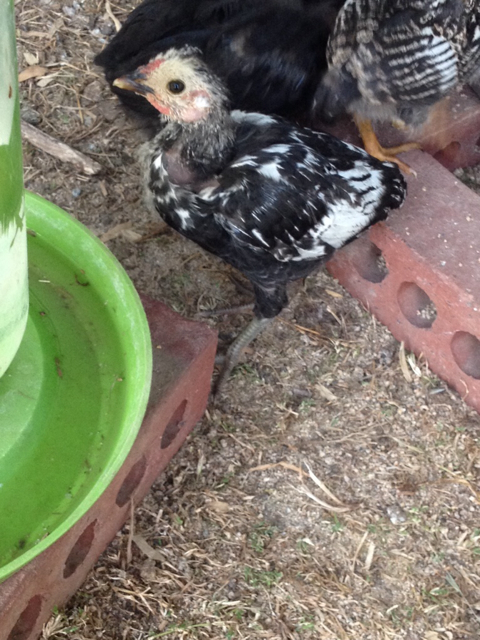 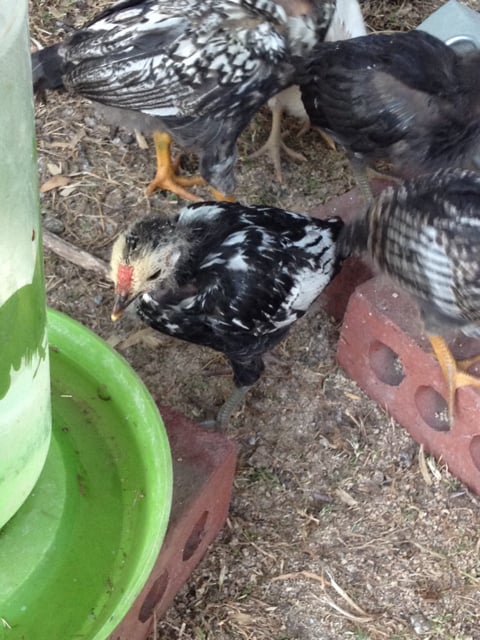 He seems to be getting a bit of the horned comb. 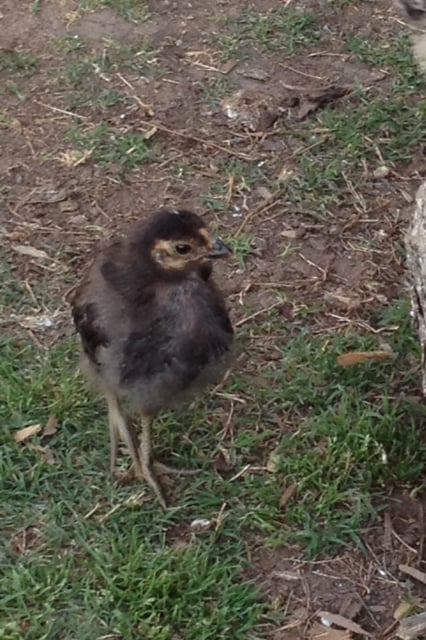 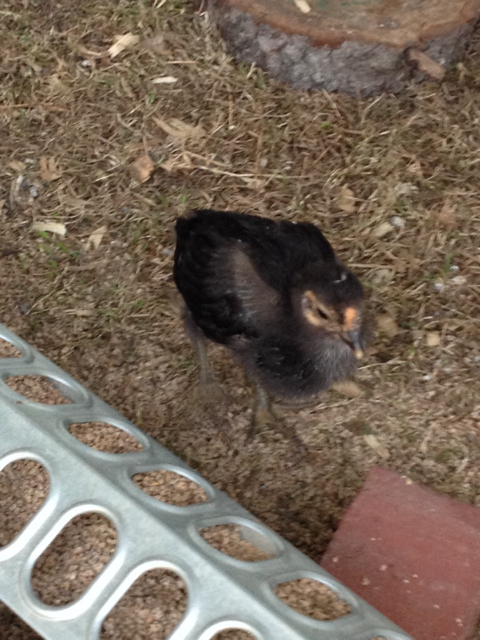 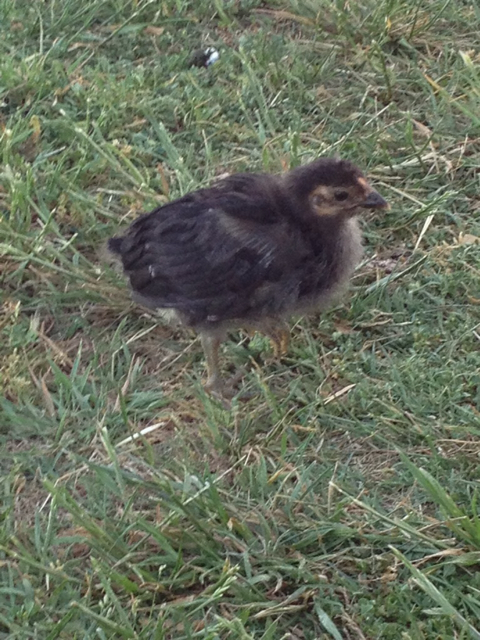 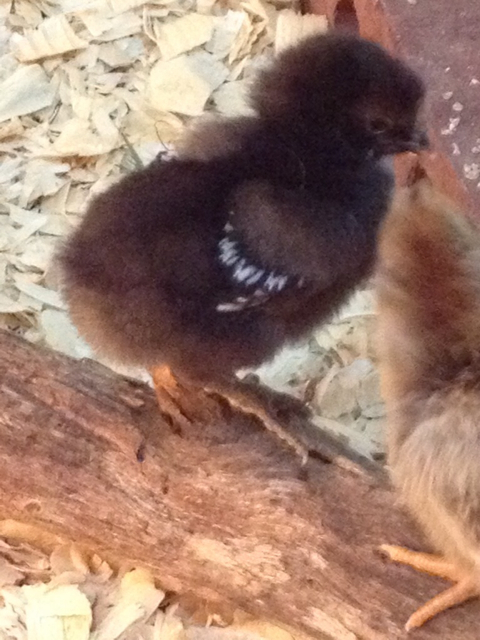 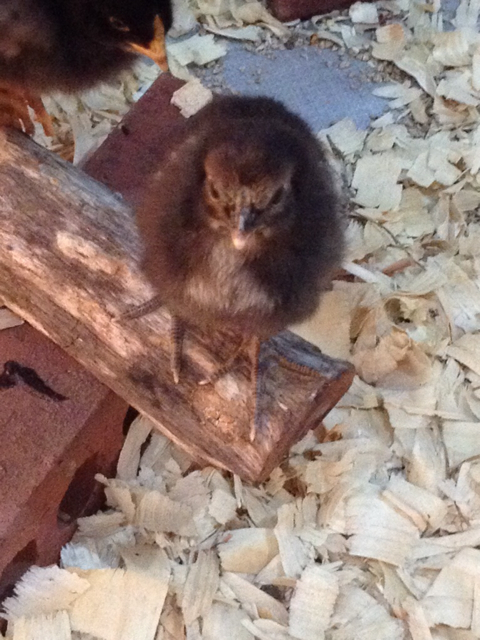 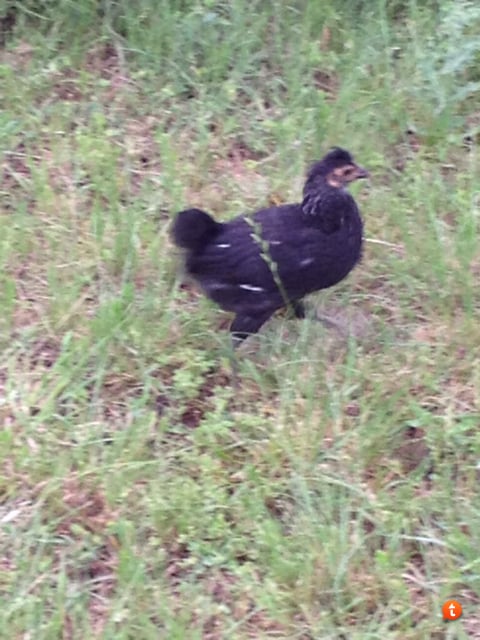 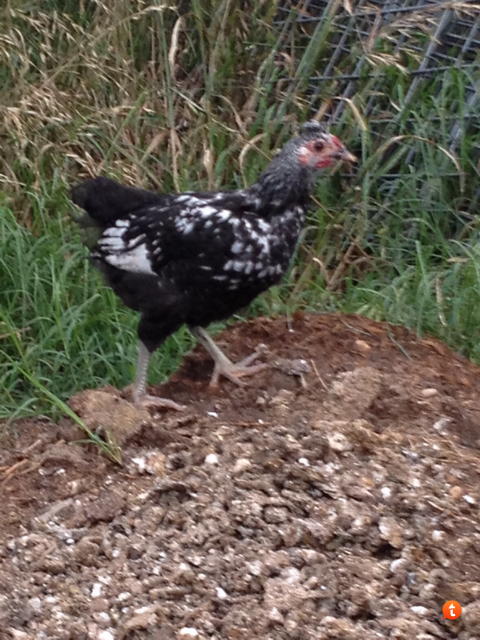 What color could my silkies be?