Hi,
The last couple of weeks I have noticed that my flock (not all of them) seem to be shaking their heads and sneezing quite a bit. They seem happy and healthy apart from that. I have been trying to find some information on this and help to what I can do, however I can't seem to find anything. Has anyone else experienced this within their flock? or have any advice on what I can do, as I am starting to get worried?
Thank you

A sneezing chicken may indicate a serious health problem with your bird. But, chickens actually do not suffer from colds or flus. In poultry, symptoms of sneezing or wheezing are the result of a bacterial infection, known as Chicken Respiratory Disease.
Symptoms: sneezing, coughing, laboured breath, less eggs, lethargy and facial swelling.
It is quite contagious throughout the flock. If they start to find it hard to perform normal activities such as drinking, use and eye-dropper to help them drink water. Antibiotics are a good go-to. 2 Pak Avian Probiotic is a good one (see attached pic). Good luck! 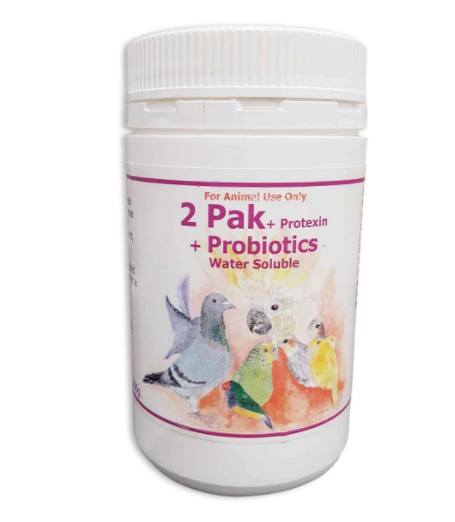 Sneezing can be related to environmental issues, such as dusty feed/bedding, high ammonia, or air pollutants in their pen, or related to respiratory dieases, such as infectious bronchitis (IB), which often causes the birds to develop minor respiratory symptoms, such as sneezing or rattled breathing.

Unless testing is done by a lab, it's hard to determine the exact origin of the sneezing, but it tends to be a good idea to look over their environment, and ensure their feed isn't too dusty, and that they have plenty of ventilation in their coop, etc.

Antibiotics such as Tylosin, or Enrofloxacin can help alleviate symptoms in some cases, but if they're only sneezing, and seem to be acting fine, it may just be best to wait it out, and see if the symptoms eventually subside. I had sneezing within my flock a few years ago, for a month or two, and the problem eventually resolved itself.

M
My chickens sneeze is now a honk?