I have a broody hen and really want to put some fertile eggs under her. How many days after the rooster moved in before I have fertile eggs?
I put him with the girls on Monday night.-would eggs from today - Wednesday- be fertile?

You can check for fertility by cracking a few eggs to check for a blastoid disk.

Hope you get some chicks from your broody. I don't know if you saw this but it tells you what fertile and un-fertile eggs look like - https://www.backyardchickens.com/forum/viewtopic.php?id=16008

Thanks. I am really just hoping that someone can give me a ball park figure about when the eggs might be fertile. I have to give the rooster back in about a week and I only put 6 hens in there with him- and they are my older girls - good layers, all, but, not every day anymore. So, I can't afford to be cracking open the few eggs I am hoping to get while the big guy is visiting!

He arrived on Moday night so I am assuming Tuesday's eggs could not be fertile but how about Wed's???

Found it ( about the only benefit to having night owl teen agers who woke me up 500X until I finally decided to get up and do some research):

here's the bit I needed to know:

************
Once sperm has been transferred, they swim along the mucous lining of the oviduct until they reach the infundibulum where they fertilise the ovum as it passes through from the ovary. It takes some 7 to 10 days for the sperm to travel and that explains why it normally takes that long after initial mating for fertile eggs to occur. Conversely, a hen may still lay fertile eggs some 10 days after being mated for the last time.

So, now I just have to hope that my broody hen will stay broody for another week until I can get some fertile eggs under her!

Before we can start breeding chickens, we need to have a basic understanding of how their reproduction cycle works.

Obviously, to breed chickens successfully, we need both male and female birds. The male has a pair of testes attached to his kidneys. These produce the sperm which pass down tubes called vas deferens to small sperm sacs near the cloaca. The sperm are held in these sacs until mating occurs.

The female has a far more complex role in reproduction. Her major reproductive organs are ovaries where the egg yolk is formed. The yolk consists of the female sex cell surrounded by fats and proteins encased in the viteline or yolk membrane. The yolk is released into the oviduct funnel or infundibulum. If the hen has been mated by a male and sperm are present, it is here that the egg is fertilised. The stringy threads or chalazae which hold the yolk centrally in the egg are also added here. The yolk remains in the funnel for about 15 minutes before passing into the section called the magnum. It takes about 3 hours to pass through the magnum and during this time, the egg white forms around the yolk.

The egg then passes into the isthmus where the inner and outer shell membranes form around the egg. This takes some 1 1/4 hours. From here it passes into the shell gland. The egg stays here for some 21 hours while the shell forms around the yolk, white and membranes. Finally the egg is ready to be laid and it is expelled through the oviduct with the larger end coming through first, tapered end last. The egg is wet when first laid but as it dries, it becomes harder and brittle. The complete process takes about 25 to 26 hours. Hens rarely lay after 4pm and any egg formed after that time is usually held until the following morning to be laid. Once the egg is laid, the entire process begins again.

As with all birds, a sexual liaison must occur between male and female for fertilisation to be achieved. Unlike pigeons, chickens are polygamous creatures, so one male will happily mate with lots of hens, the ideal ratio being about 5 females to 1 male. There is little tact or ceremony on the part of the male. He selects the female (usually the closest one to himself) droops one wing to the ground, circles her then grabs her by the back of the head and climbs on her back. Balancing himself by flapping his wings, he lowers his tail and places his vent in direct contact with that of the hen, where the passage of sperm from his cloaca to her oviduct takes place. The entire sex act takes less than 15 seconds and it appears the most satisfying thing for the female is fluffing the feathers and shaking the body immediately afterwards.

Once sperm has been transferred, they swim along the mucous lining of the oviduct until they reach the infundibulum where they fertilise the ovum as it passes through from the ovary. It takes some 7 to 10 days for the sperm to travel and that explains why it normally takes that long after initial mating for fertile eggs to occur. Conversely, a hen may still lay fertile eggs some 10 days after being mated for the last time.

Finally, none of this occurs until the correct lighting and weather conditions prevail. It is only when daylight hours reach a certain length and the temperature rises that birds will breed, (usually Spring). These conditions act upon the birds' pituitary gland and promotes sexual activity. It is this same reason why most hens stop laying completely through the winter months. This is all known as the biological breeding clock.

Very good information to have. Thank you for sharing.

That's what this place is all about. I have learned so very much here. 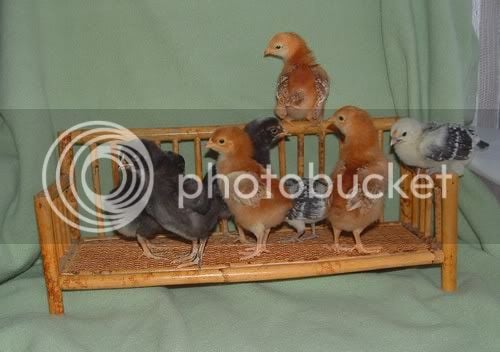 Many hens won't squat for a new rooster. He has to earn the favor over time. It is not like putting 2 dogs together.

Exposing your hen to an outside roo you need to know you are also exposing them to new germs that could cause illness.

New chickens should be quarrantined from your flock for 4 - 6 weeks before being introduced.

You would probably have had better luck buying some hatching eggs and slipping them under your broody. I would be extremely surprised to find fertile eggs after a day or two day.

Thanks. I do know all of that.
The roo is from my good friend and next door neighbor. We are confident that all birds are (very) healthy. I would never expose my flock to any questionable bird.

I am hoping to have 2 or 3 fertile eggs for this broody girl by this time next week.

I am sorry but I have to disagree with all that info. I have 6 chicks I hatched this year. The mom was mated with the rooster and I collected these eggs the next day and they hatched. I had 2 hens I wanted to hatch from.... I put them in the roosters pen for 1/2 hour a day for 2 days and took the eggs starting the day of the second mating. ALL 6 hatched. So I say you won't need to wait that long. I even marked the eggs from the very first day after so I would know if they did not develop it might have been too soon. I did not expect them to be fertile that fast, but they all did.

C
How does fertilization work