I have a now 4 week old cochin chick that got pecked by the other chicks one day about 5 days ago, I have a regular white light in the reflector so I think she had something shiny on her head and someone got carried away picking at it.

I found her right after, she had bled a little bit on that side of her head where the feathers had been pulled out. I rinsed her off, used some peroxide on the wounded area to stop bacteria growth, and put her in confinement by herself until the blood was good and dry and the down feathers fluffed up enough to hide it.

Well she's fine, acting like a normal chick (theyre all on anti's for cocci as of three days ago) and she now has a big lump on the side of her head. She's pretty small too... its like she's been busy fighting something and her body wasnt able to put on weight with the rest of the flock. She does eat and drink just fine, and is interested in whatever i toss in there for them to clamor over.

The bump yields to pressure, but it is kinda hard- it reminds me of a big blood blister, you can see how its red under the skin. Its just above her ear. its not raw, and doesnt appear to have bled anymore since that original time. I tried to get pictures of it as best I could.

My question is, should I just go ahead and leave her alone and let her body recoup? or should I do something with it? 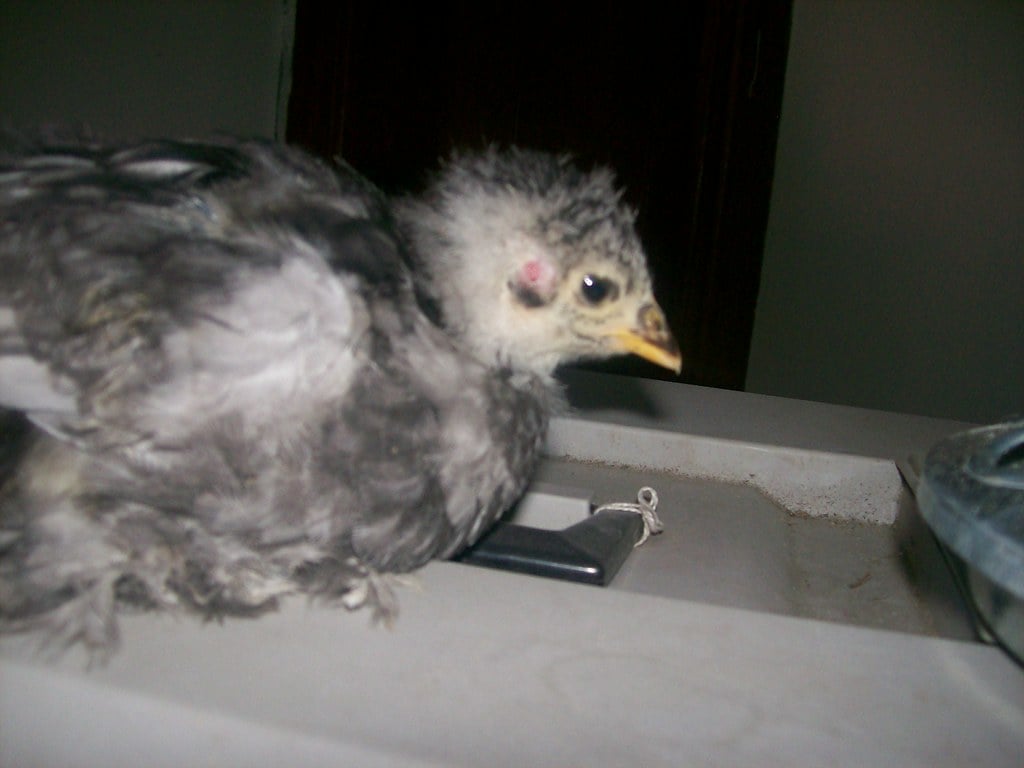 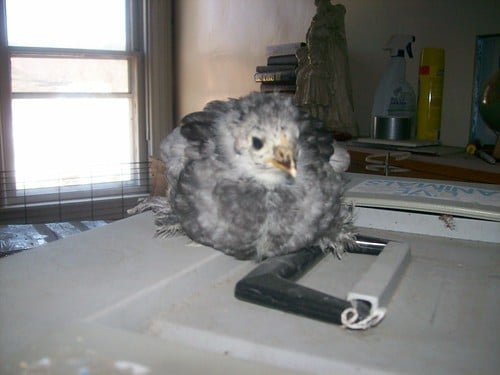 If no one is pecking it (if they do then you can put some Blue Kote on it) and she isnt acting sick, then I would just let her heal on her own.

It seems to be getting a little bigger actually....

Perhaps it's scar tissue forming. The peroxide may have caused a little more scarring because it not only kills bacteria. It can also cause live flesh to dry up and die. That kind of scar is often called proud flesh on other animals. I suppose a chicken could get similar scarring. I would just give it more time to heal and expect a scar.

I would just leave it and keep a close eye on it for swelling, oozing, redness or anything out of the usual healing that might indicate infection. I agree that it may just be scar tissue which also can reduce in size or disappear totally in time. Good Luck!

Could it be an abscess?

An abcess usually would appear infected. There would be redness because and abcess means pus filled. If it is hard like you stated that tends to tell me scarring.

I think the proud flesh thing sounds right. I dabbed the peroxide off the spot when I first put it on, worried that it might 'burn' the chicks skin. But even without the peroxide hurting the good skin the injury itself might cause some proud flesh. that just makes sense. I think I'll check it again and make sure its not an abcess.

You can try povidone iodine, it is safe for poultry skin. That will help keep it clean and not burn her skin.

Is this fowl pox? Dry flaky skin on face. 2 have bumps on head.