Speckled Sussex hen wont open her eyes and is sleeping most of the day but is still drinking and trying? to eat

I have a hen 17-18 weeks old. For the past week and a half or so she had only one of her eyes squinted shut. We assumed maybe someone pecked her eye or near it and thats why. We checked it out it was slightly swollen but figured it would go down on its own. She was still very lively and eating/ drinking.

2 days ago we noticed she wouldn't come out of the nesting box part of the coop. Since its right around when she should start laying we figured maybe she has our first egg.

A day goes by she still won't leave the coop. So she hasnt ate or drank.. But she's still walking around. Just won't leave. We thought maybe she was egg bound. We gave her an Epson salt bath and then used latex gloves and petroleum jelly to check her bum and I could fit almost my full finger up there and didn't feel anything. At this point she hasn't ate, drank, or we think pooped in 24ish hours.

Shes been inside since last night. Last night she drank a bunch of water on her own. And is pretty much just sleeping all day. This morning we came down to check on her and there were 2 water puddles? Far away from the water so it looks like the water she drank last night went through her. Then we decided to try and syringe feed her some of her feed crushed up mixed with milk. We did that a few times then she started hanging her head low like she was about to try and sleep so I just took a spoonful of food and put her beak in it. She ate a lot of it. But the entire time she didn't open her eyes and was guessing where the food was.

We set her back in the cage and she drank some more. Tried to go over to the hard food to eat but she just kept missing? Like she would go to peck at it but just kept her eyes closed so she kept missing? We held the bowl up to her face and she went crazy repeatedly pecking. Missing more times then she was actually getting it but I assume that is a good sign?

Anyone have any ideas why my hen won't just open her eyes?
F

Please post some photos of her and her poop.

Wyorp Rock said:
Please post some photos of her and her poop.

So we actually just had an update with this. She just made her first poop in the past 24-48hours. After forcing her to eat this morning. Before feeding her, her crop was empty felt like nothing was in there. After feeding her this morning it has the typically buldge. Here is a pic of her poop. Its solid and a bit green. And this is her. Shes just won't open her eyes unless you make an unusual sound. 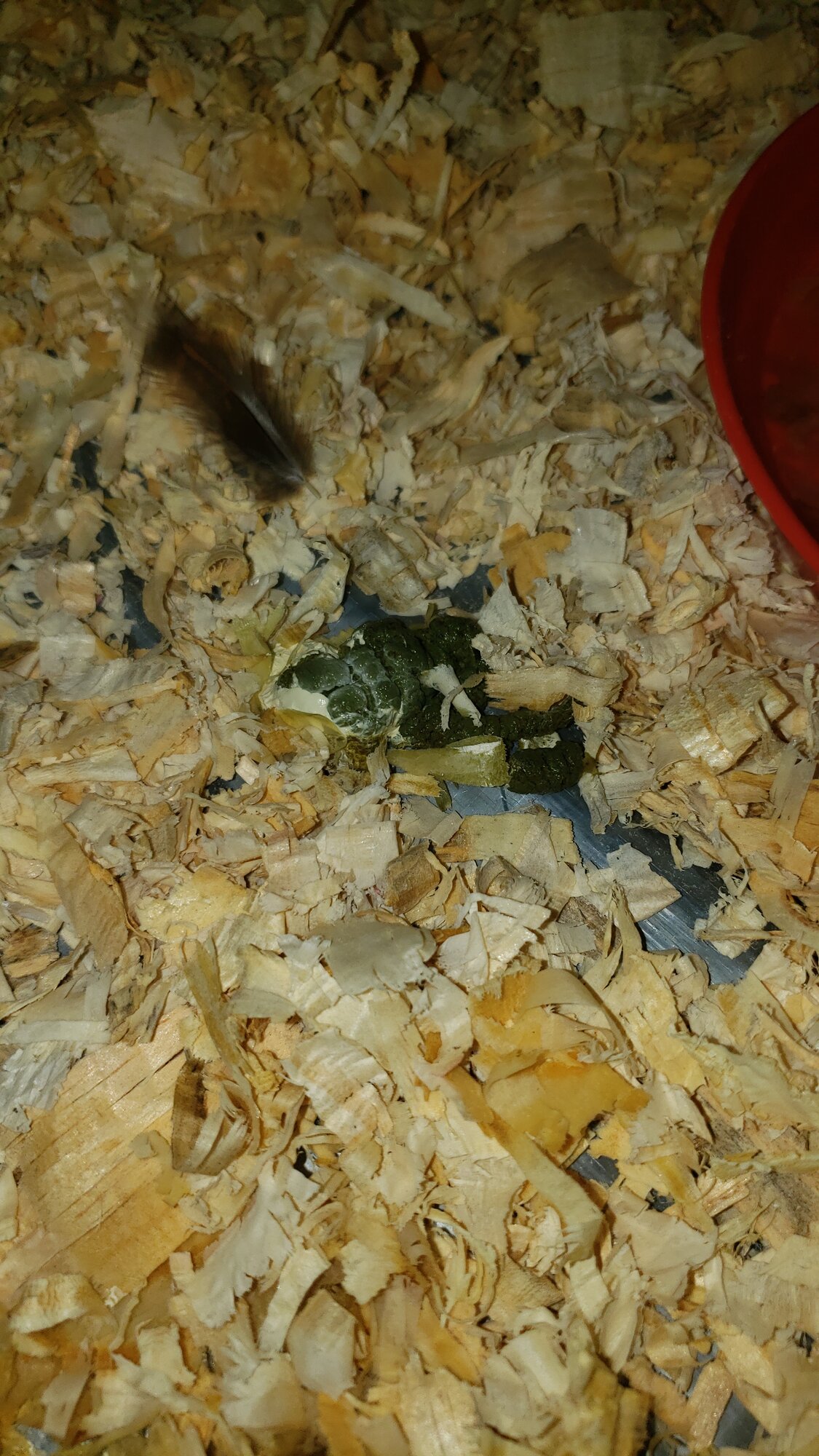 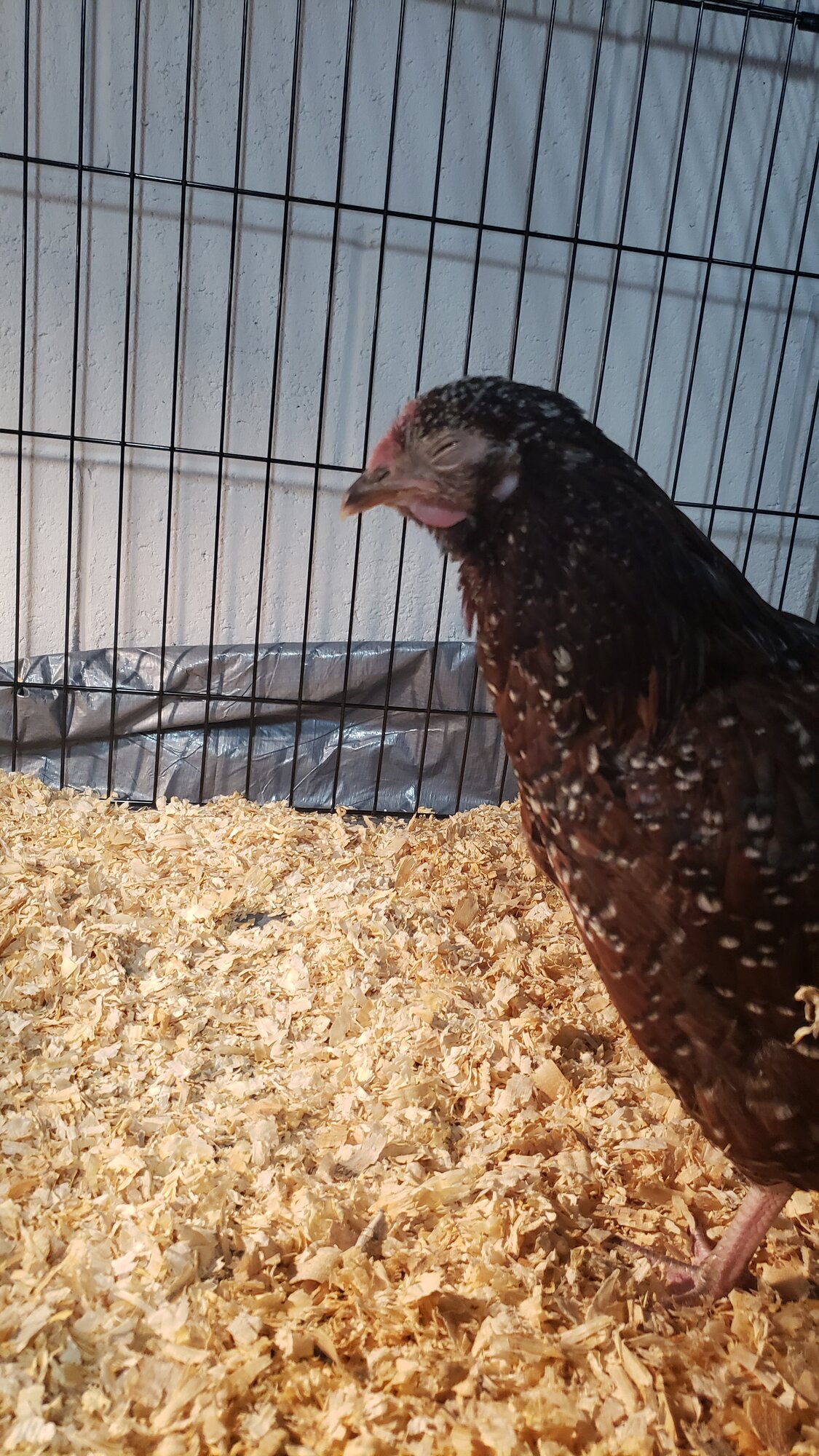 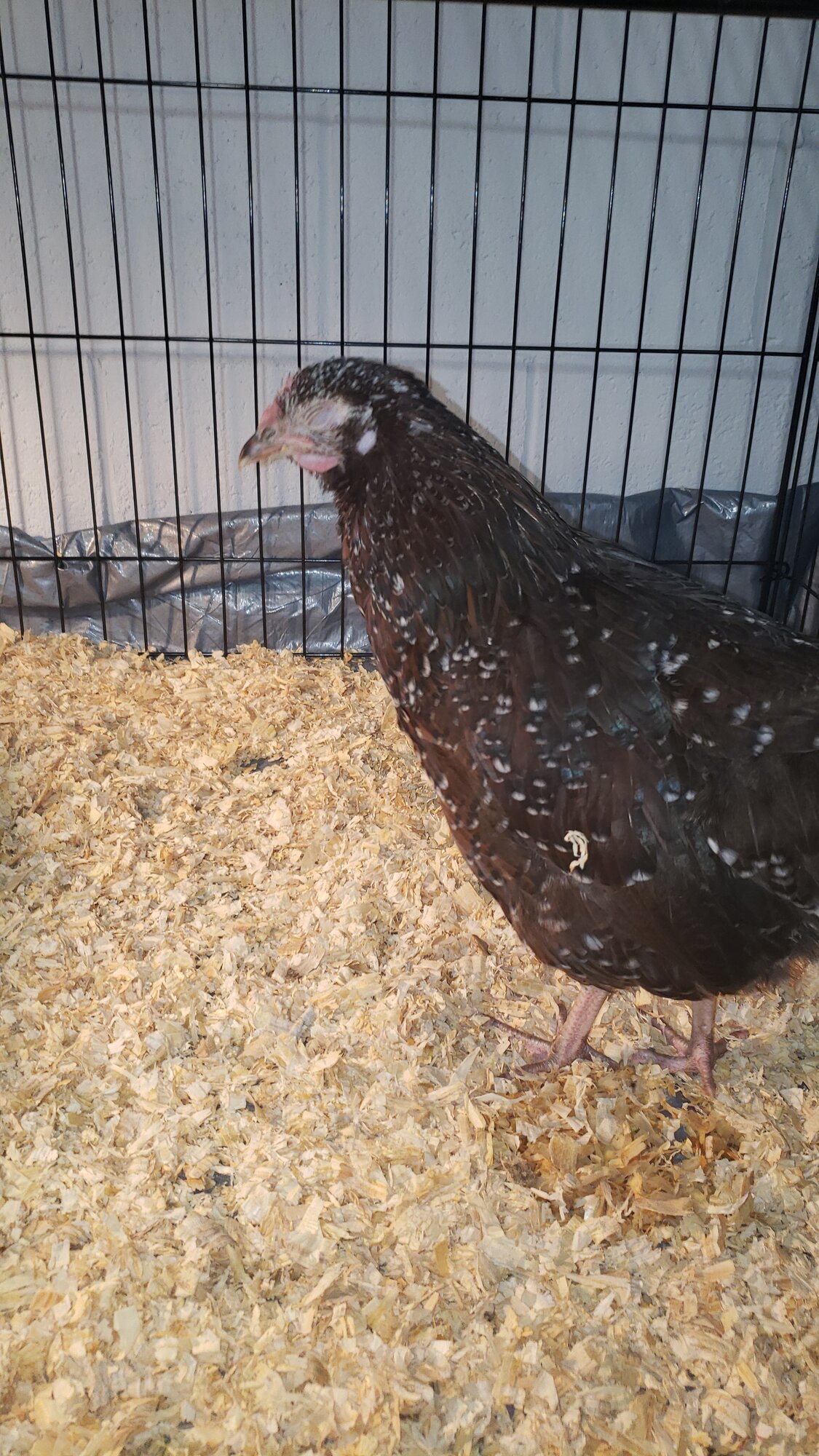 Could she possibly be blind???
T

Oncoming Storm said:
Could she possibly be blind???
Click to expand...

Thats the thing her eyes look normal. When she opens them she can follow me. Shes just refusing to keep them open despite nothing looking to be wrong with them. When she first started squinting I assumed it was an injury from someone pecking her in the eye because she was alpha but then my other hen dethroned her. Right now she's acting more normal just maybe a bit slower and sluggish? But eating and drinking so thats a good thing.

Do you see any discharge from the eyes at all? Any respiratory symptoms?

Wyorp Rock said:
Do you see any discharge from the eyes at all? Any respiratory symptoms?

No discharge from her eyes. They looks completely normal. As for respiratory symptoms im not sure what to look for but she looks like she's breathing fine.

Not sure what's going on with her, but keeping the eyes closed like that all the time is not very good.
Can you take a sample of poop to your vet for testing?
The poop doesn't look normal to me. Could be Coccidiosis or possibly worms is part of her problem.

H
Anyone Please Help! Hen not Eating or Drinking!!

Hen lethargic, not eating or drinking

J
Something is off with a hen
2