i've been finding some strange marks in the dirt in one of my pens on various mornings. i see them every couple of days, sometimes two days in a row. They aren't like tracks, it's more like a dragging thing. It's like something about 3" wide makes a dragging motion in the dirt for about 6", then stops for 2", then resumes. It looks like it comes out from under another coop that forms one of the sides to this particular pen. It goes over to the water container (which i tip upside down at night) but then i don't see where it goes back out. i took pictures but they didn't come out well so will take more tomorrow.

In this area we have raccoons, possums, and skunks. We haven't seen raccoons or possums in our yard since we got the goats. But i do occasionally smell skunk wafting through. But these aren't foot print tracks. Our primary pest are rats, but i'm trying to imagine how a rat would make this type of mark in the dirt.

My husband suggested a snake, but these marks aren't continuous. Does anyone have any ideas? i will try to take better pictures next time i see them, and maybe set up our baby monitor out there at night to see what appears. It's just so strange.
Last edited: Apr 6, 2011

sounds like ya got a snake there i will find a photo for ya. 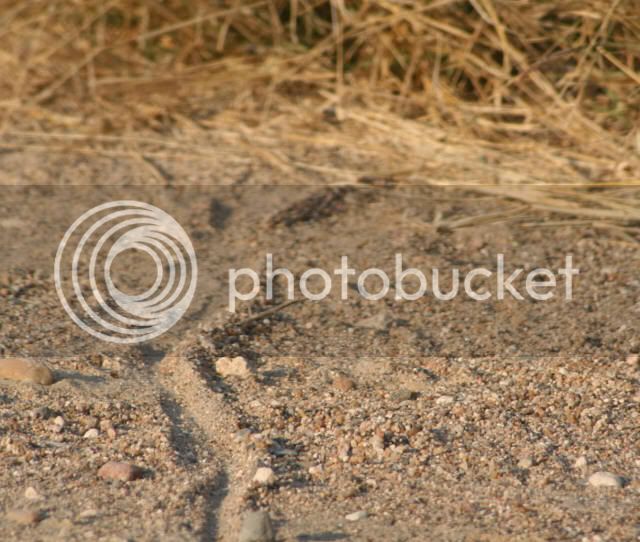 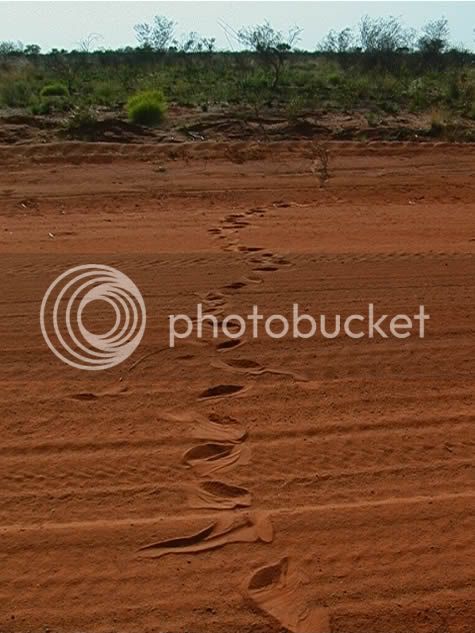 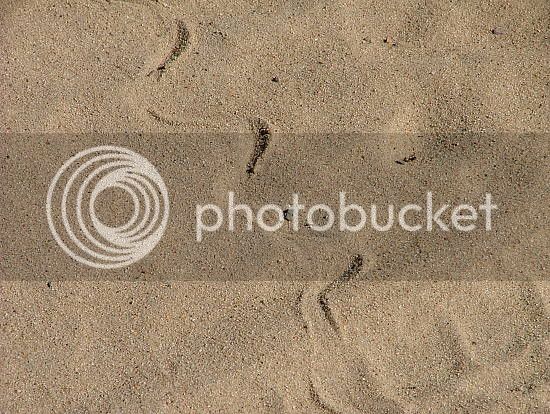 Here is a picture. Not very good and hard to see, but will give an idea. Yep, the tracks in the sand are Sidewinder.

Looks like i was posting while you were zazouse. Thank you for the pictures. But not sure mine looks similar. Mine don't wiggle and there is spacing between the drag marks. After the first couple of times i saw these, i was especially careful when i walked in there, thinking maybe i was making these marks dragging my shoes when i walked. i'm not. It is definitely something moving through the pen at night. It comes from under the other coop/playhouse and scoots over to the water dish area. i've looked carefully and see no paw marks or feces nearby.

So, are snakes nocturnal? Because these only show up in the morning.

Thoughts on what’s digging around my run?
2