Is there a Sumatra thread?? I searched for one but was not succesful.

I've only had one sumatra, a rooster named Shadow

Sadly he died saving his flock from our dog. He saved one hen, but the dog (a rottie/lab) was just too strong. He also fought off a hawk. I love this breed because of him and just ordered 3 chicks, one male and two females. I am hoping I will be able to breed them

Anyone else got pics and stories of their Sumatras????

Edited cause I can't spell

got some in Brooder now will post pics soon.

got some in Brooder now will post pics soon.

I can't wait to see the pictures, either. If I had more property and lived out further, this is the breed I would choose to keep in a breeding program. They are so beautiful!
E

I have an absolutely gorgeous breeding pair of Standard Black Sumatras.
Just put them in a breeder pen and Frank is happy, but Nancy is not.
Nancy is really shy, but not Frank, he loves to strut his stuff. I have some pictures of him from a couple of months ago that look like he is posing for GQ.
They are wonderful birds and I can't wait to hatch some of their chicks.

I have one black Sumatra pullet. She looked like a penguin when she was a chick!

She is VERY wild now, but not aggresive at all, which is weird since they are said to be an aggresive breed. She has the softest feathers IN THE WORLD! Her name is Mary, and I joked that I would call her Frank Sunatra if she was a roo! Very pretty birds... she is also the first to dive for cover when their is a hawk flying around, and MAN, SHE CAN FLY! She actually jumped out of the brooder box when she was a 1 week old chick! I would post a pic, but 1. she just doesn't stand still! and 2. I dunno how to post pics...

They've got to be my favorite breed of chicken, the first I've ever started to breed. So elegant! 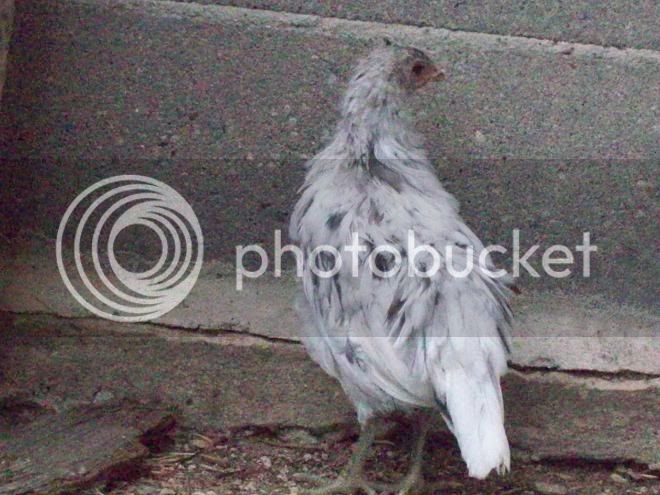 As a little thing, 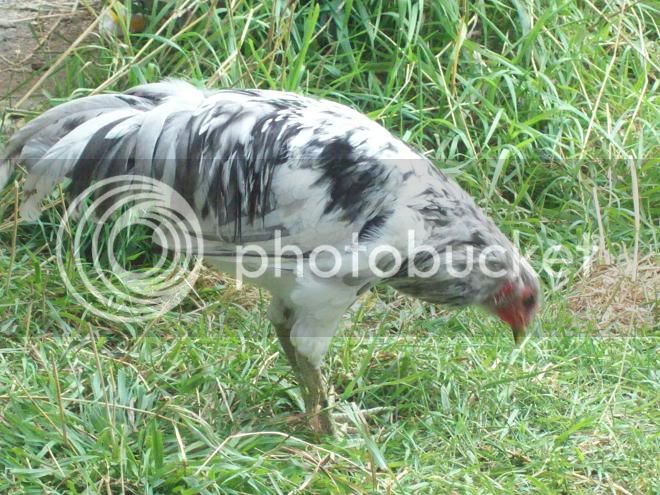 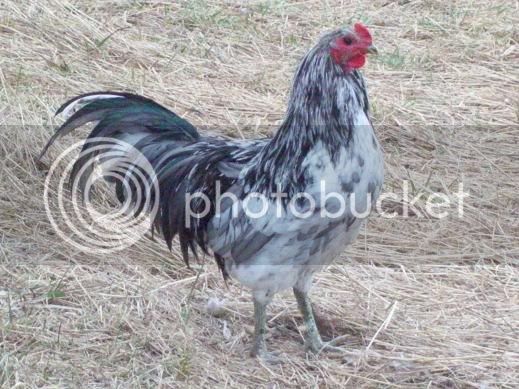 And as a large, cocky thing that is prone to attacking younger brothers. Haha. Look at that tail! He sticks it in the air like a flag. His parents were both SQ from Spectrum Ranch. Where did he go wrong?
I hatched him out right after his dad got snatched, in desperation incubating an egg that had been in the fridge for two days. It's my only explanation. 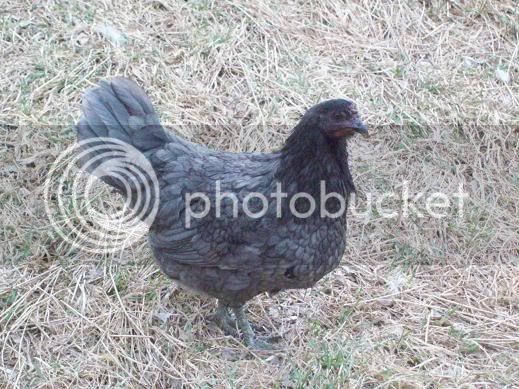 And the new banty Roo Severus 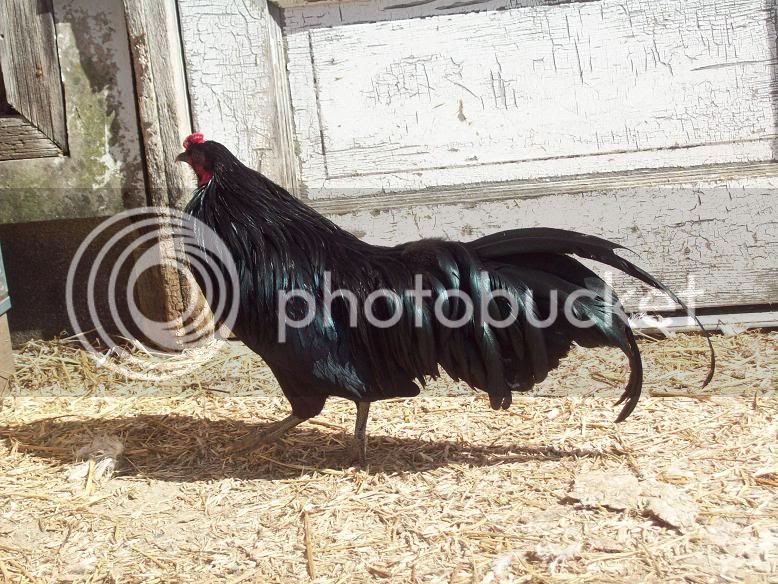 Now bad for a seven-dollar auction chicken, not bad at all. He's such a sweetie, but I swear I've never heard a chicken growl so much. At everything. Observationally. Oddly, the first chicken I've ever had literally jump in my lap.

Man, can these things FLY. The first day I let Sev out he roosted on top of the milkhouse--about eleven feet straight up! He looked like a weathervane.

And now I've got a new set of eggs in the 'bator from peachick... and I can't wait! This is one of my blue sumatras rooster and we take him to local shows and he or my other blue have been winning best in class so we are wanting to branch out and see how they do in a real APA show. My fingers are crossed. Two little boys are just so proud of them. This is our khaki sumatra. He got his first taste of showing even though he really did not compete I got asked alot of questions about him and lots of people just ooooded and awwwed over him. Even the judge at that show asked me about him.
E

That is an INCREDIBLE looking bird! If you EVER sell khaki eggs-I WANT SOME!
Sheesh he is gorgeous!

Khaki Sumatra! GOODNESS what a pretty chicken! Put me on the list right after easttxchick, K?

When can Sumatras be sexed?

Can anyone recommend the best chicken to raise?
2

Looking for self sufficient chickens.
2

Can you identify which black breed this hen is?
4 5 6