My neighbor was taking care of them when we were gone, and swears one tried to crow. I'm hoping my guts out it was just a funny hen noise. They are about 7 weeks old, and the sweetest things ever! You go crouch in their pen, and they run over and hop on your arms and shoulders to talk to you and see if you have food. We live in the suburbs, and have a flock of 8 (two are still being brooded inside). Our neighbors are very cool about it, but we can NOT have a roo, or more than the immediate neighbors will find out and have a FIT. So...roos? Be brutally honest. They need new homes in Colorado ASAP if they are. She also said she caught them fighting one morning. Do hens go crazy fighting eachother? I know they pick on eachother, but she said they were BOTH on the attack. Thanks! 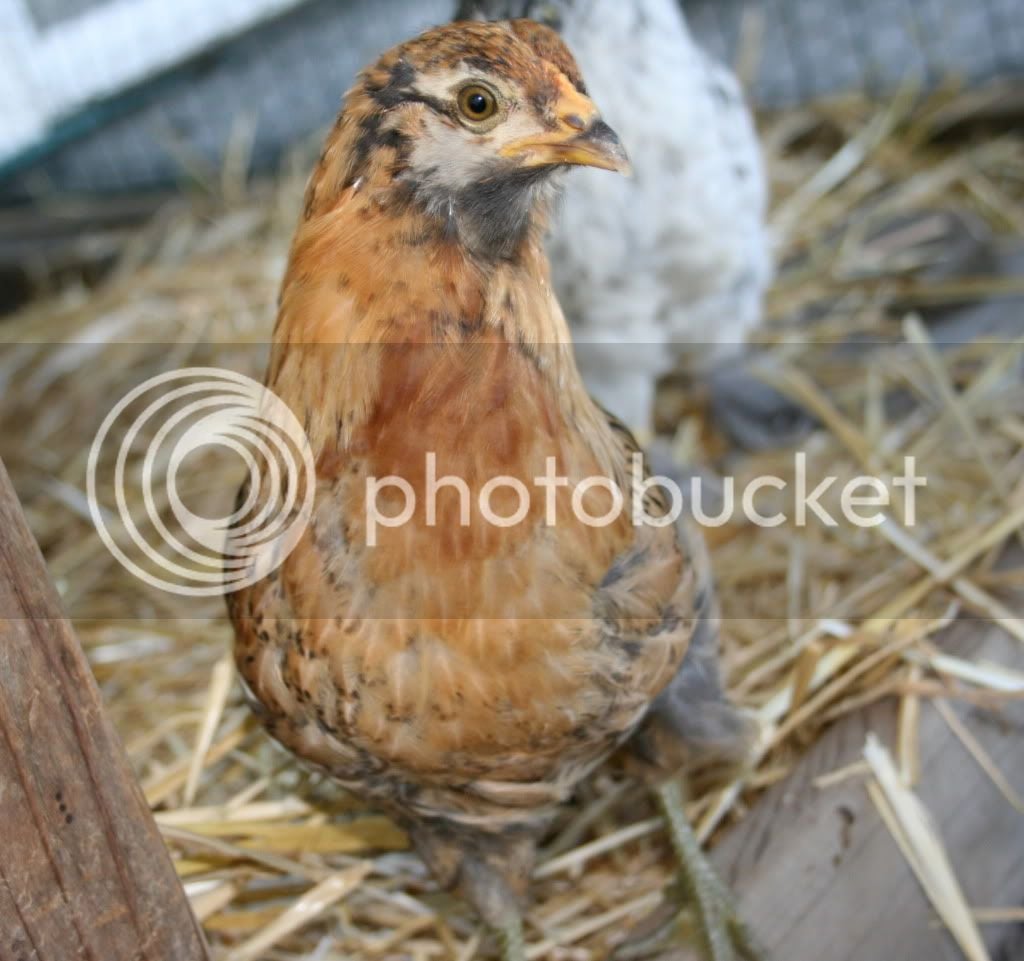 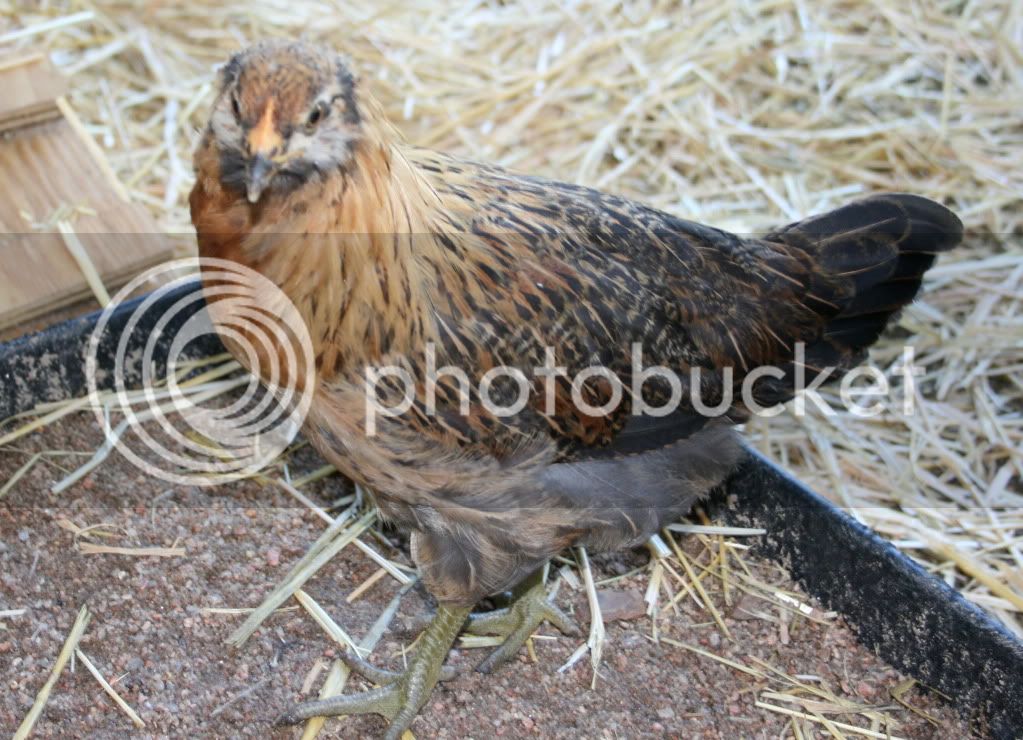 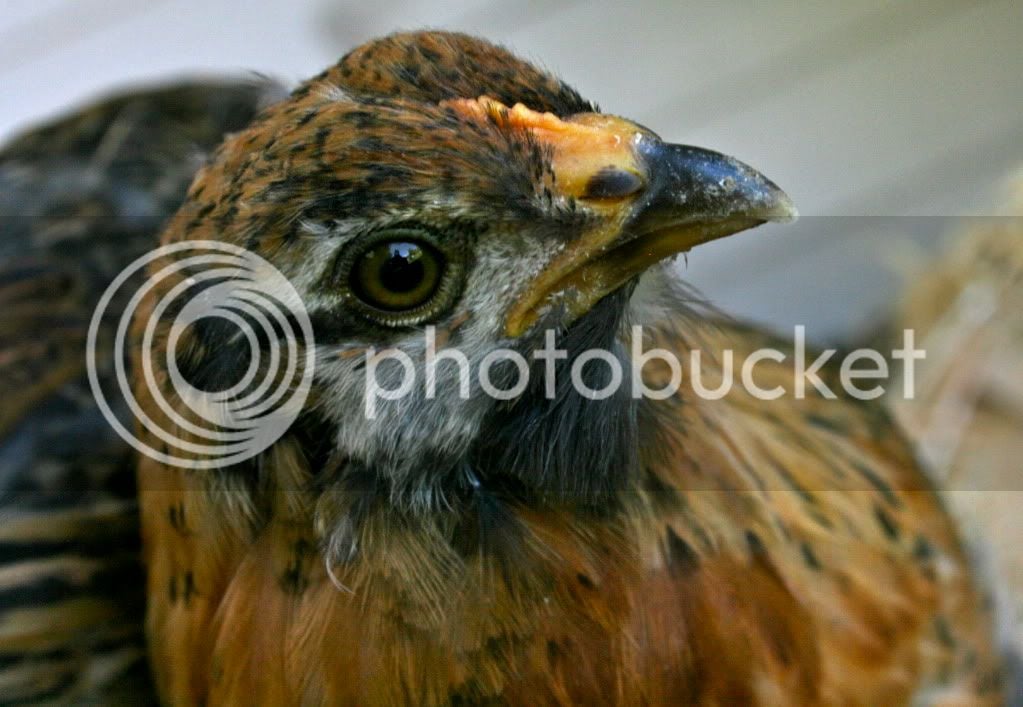 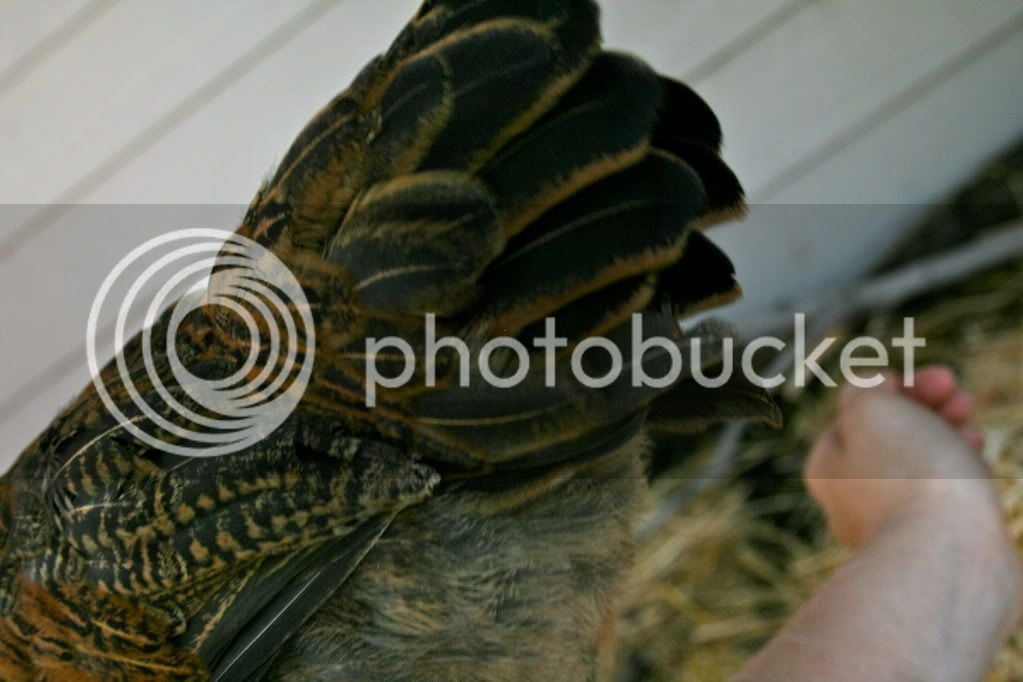 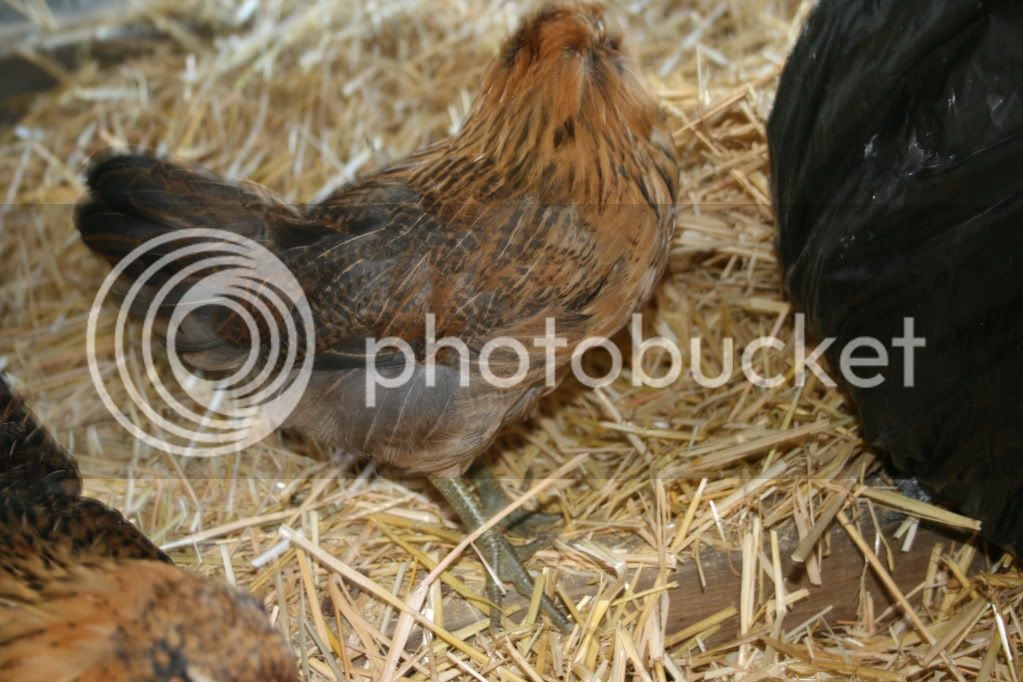 ***I know his comb does not look that big, but it is actually bigger than Flash's. The pics for Chip just aren't as good.

Flash looks like a girl to me.. Chip may be questionable. I am not very good at this, but I am sure someone knows better. Pretty birds!!

Quote:
I agree. Flash (first one) looks like a pullet but I am not so sure about Chip!

My 'hens' challenge each other all the time. It isn't necessarily a rooster trait.

Does Chip have red wattles? I don't know if they are usually the first to redden, but on our (now seven week Buff Orpington) roo, his wattles got red first.

Yay! I'm so happy to hear its not an immediate off-to-the-country for them

They really are the sweetest birds. Neither one of them appears to have wattles. Hopefully it was just a fierce hen tiff! I will give them a few more weeks.

They both appear to be pullets but does the second one have a single comb?

They both look like pullets to me! They look like mine. You can't use the tail to indicate EE roos. They are just longer in EEs, in general.

I
Is my heart going to be broken?
2

Can anyone help me with the breeds of these chicks?
2