So my top 2 roos both favor the same girls, one is spot on but the other....well...he's not so proficient. In their amorous attentions, the 3 girls are loosing the feathers off their backs and wings. One's back was becoming quite red. So I got them some hen saddles. After some initial chasing and scuffling and a boot to the lead roo, all is well now. Wanda is in the sunflowers and Sophie is in butterflies. Girls weren't too happy initially, they were crouching and backing up, trying to get out of it! I could just imagine the, "What the hell!" bubbles over their little heads!

Oh, ...one more hen was supposed to have a saddle, a Cochin, but I need to alter it. She's too big for hers. I'll alter it and post her pic too! 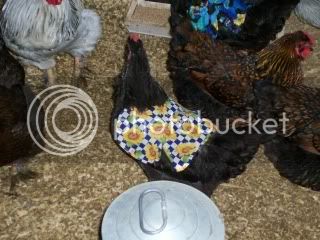 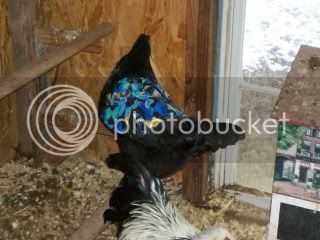 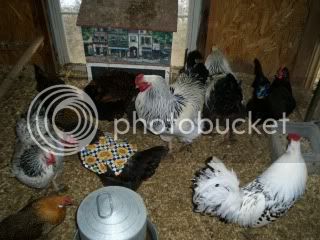 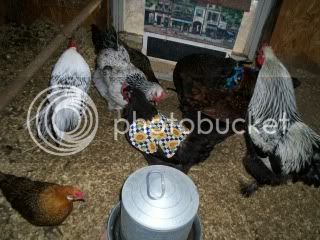 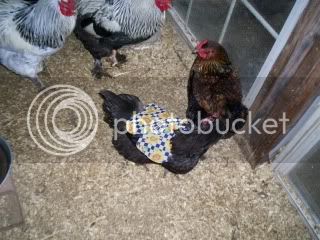 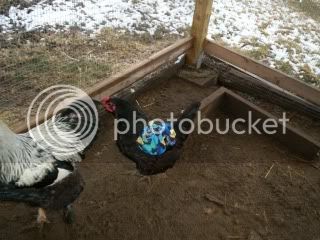 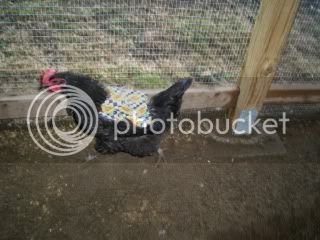 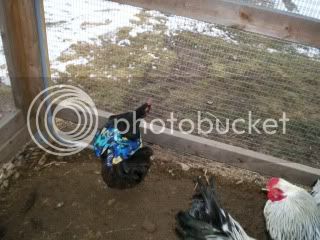 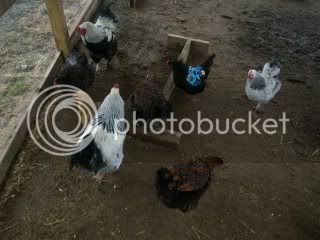 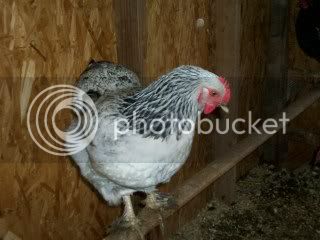 Great looking birds and beautiful saddles! I thought I should make some with # on them...Like race horses or the Greyhounds!!

They look so happy and relieved

Nice outfits!! In a couple of the photos it looks like the rest of the gang are checking out their new duds. Envy or just curiousity?

How did the new clothes affect the Roo's lovin' feeling?

Quote:
I haven't been out to watch but oddly enough, my #3 roo is crowing again. I think he likes the new duds!

I'm going to go check them out this afternoon. One of the other hens was pulling on a saddle, I think she wants one too!

P
Separating an injured hen so she can grow all her plucked feathers back. Advice?