The coop build has begun!!

Since I'm horrible at taking pictures, I decided to build an 8x8 coop, with an attached 8x16 run for my 8 babies.

Here is a picture I managed to get before we quit. We got 3 out of the 4 walls up, but I forgot to take pictures of that.

I used the self-adhesive tiles instead of a piece of remnant laminate. I got 90 tiles for 34 bucks at Lowes. The rest of the tiles I can use to line poop trays! 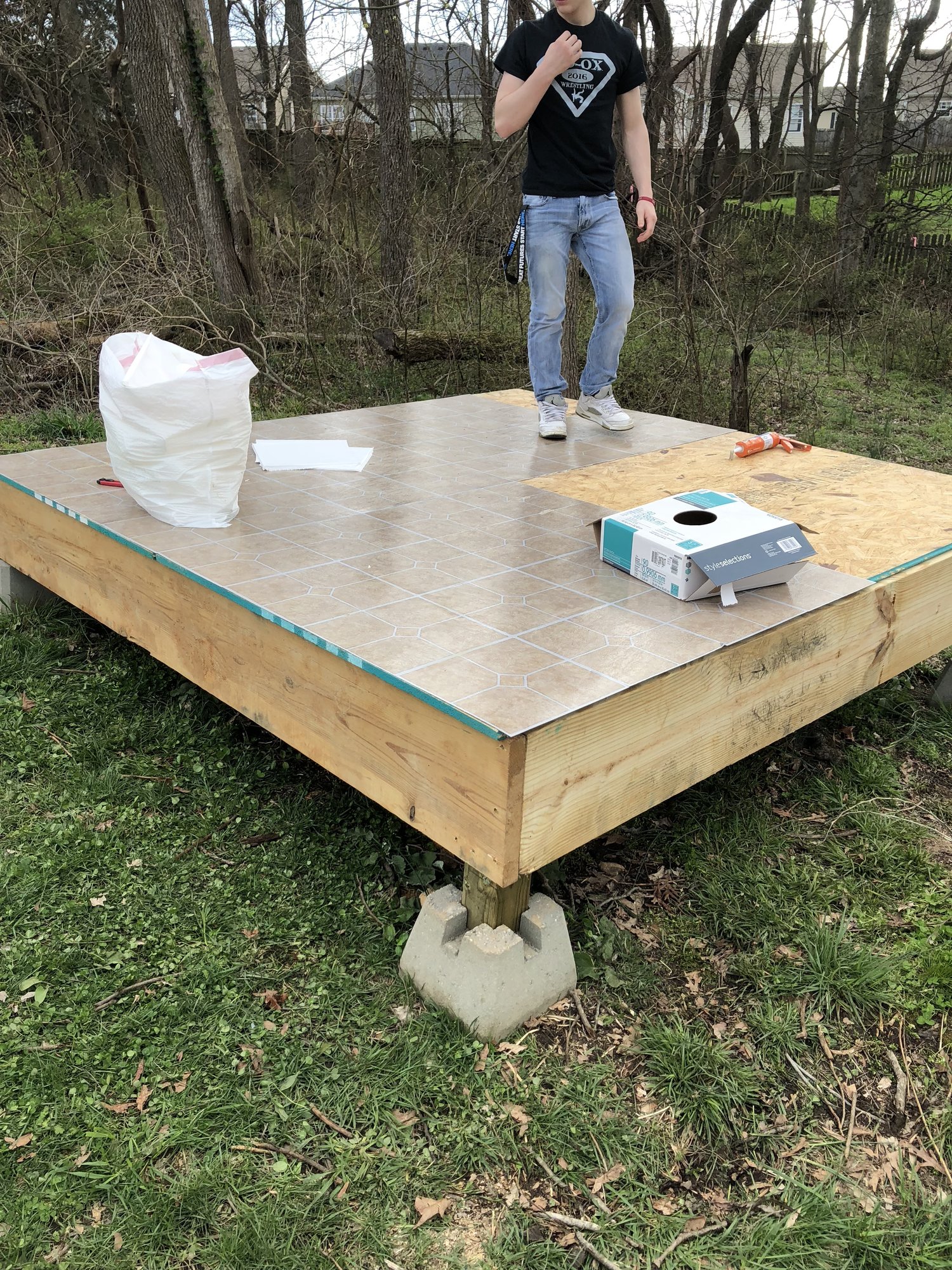 Looks good. One question; did you install floor joists? I ask this because there are no indications of fasteners on the 2" x 12".

Blue Eager said:
Looks good. One question; did you install floor joists? I ask this because there are no indications of fasteners on the 2" x 12".
Click to expand...

yes. 2x6's installed 24" OC. I decided not to go with 16" OC being as its chickens and not meant to hold people. I used regular joist hangars w/ nails.

Excellent! I see you also used T&G Oriented Strand Board. I Don't think this is your first rodeo.

Blue Eager said:
Excellent! I see you also used T&G Oriented Strand Board. I Don't think this is your first rodeo.

Basic framework? Nah. Actually building a shed/coop? yep. But I've watched A LOT of DIY network over the years to know what to get/NOT to get lol. I built a deck addition on the back of my house 2 summers ago. 16' square, 16" OC. That was fun (NOT). A lot of this lumber I sourced from the house build across the street that they were throwing away. Gotta love free stuff. Most of the money I've actually invested in this so far has actually been in hardware (handles/hinges/etc...) I had the concrete foundation posts left over from the deck build. 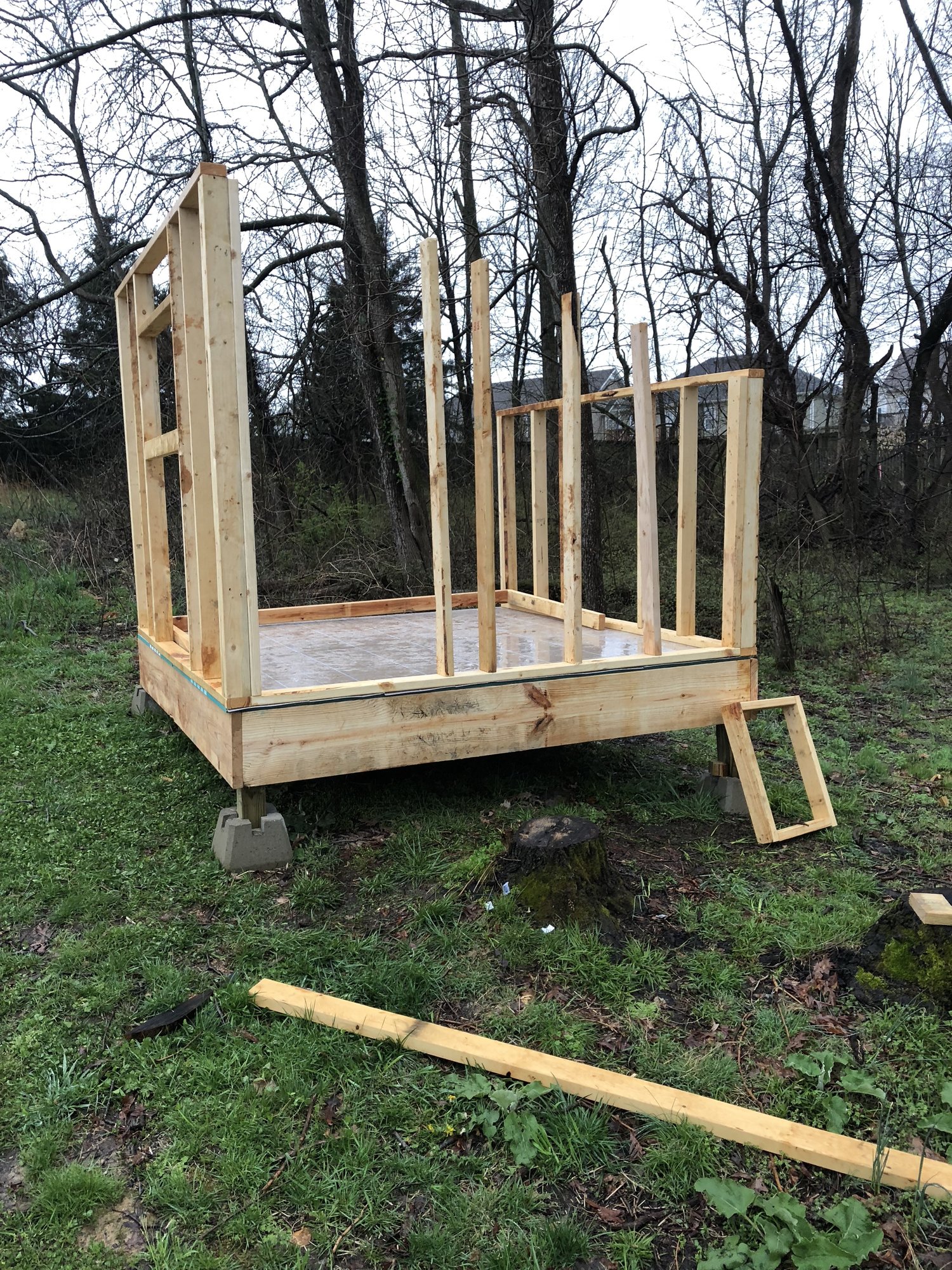 This is facing North. It's going to hold the person size door and the pop door into the run. 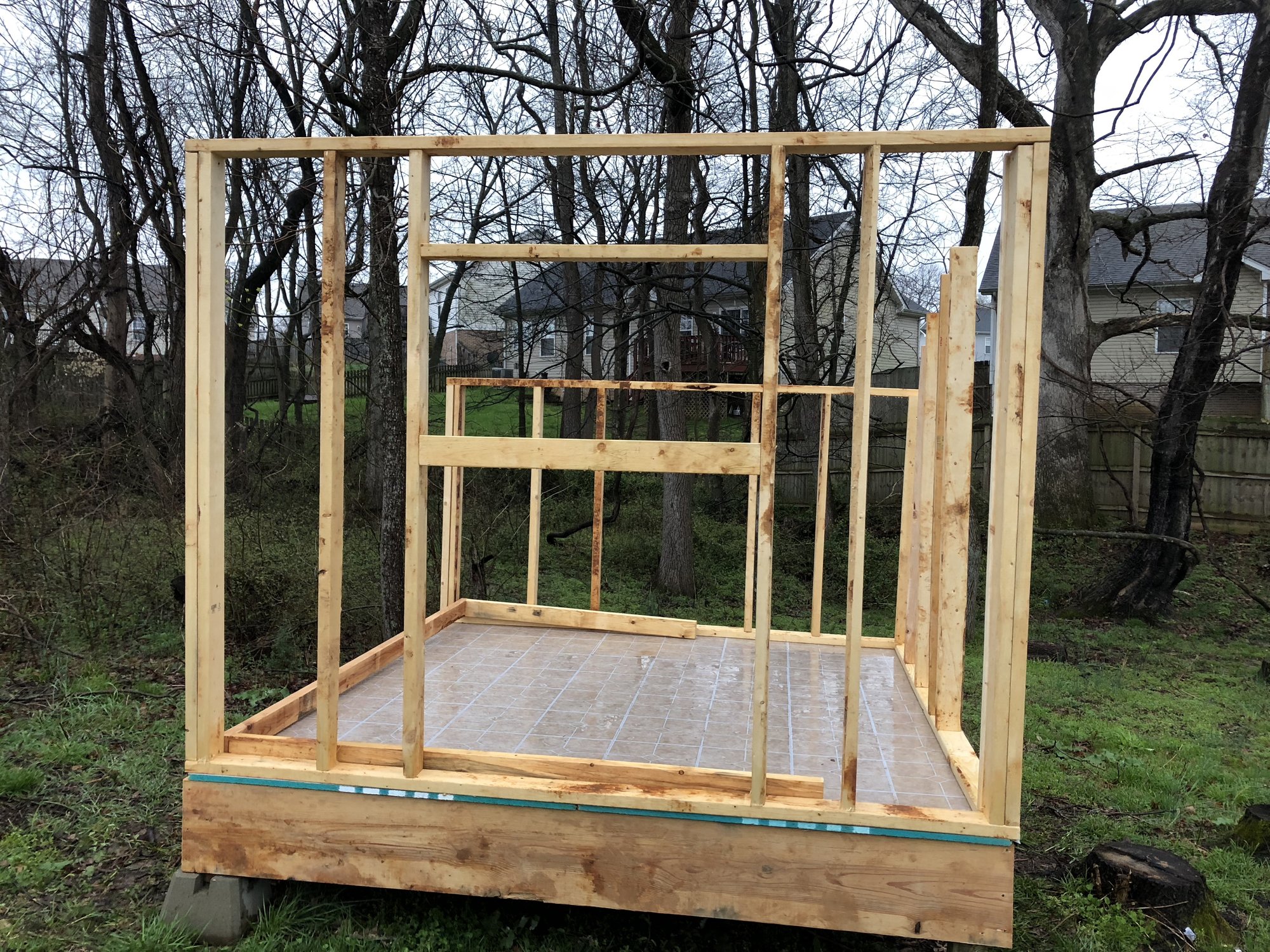 East Facing wall. I got two windows from the habitat Restore place for 8 bucks each. One is going on this wall, and the other on the south wall. They will hinge and fold downwards for ventilation and airflow.

The short wall on the other side is tall enough to put the wheelbarrow up next to so the middle will house the cleanout-door, and I'm going to create smaller fold up ventilation windows in between the joists. 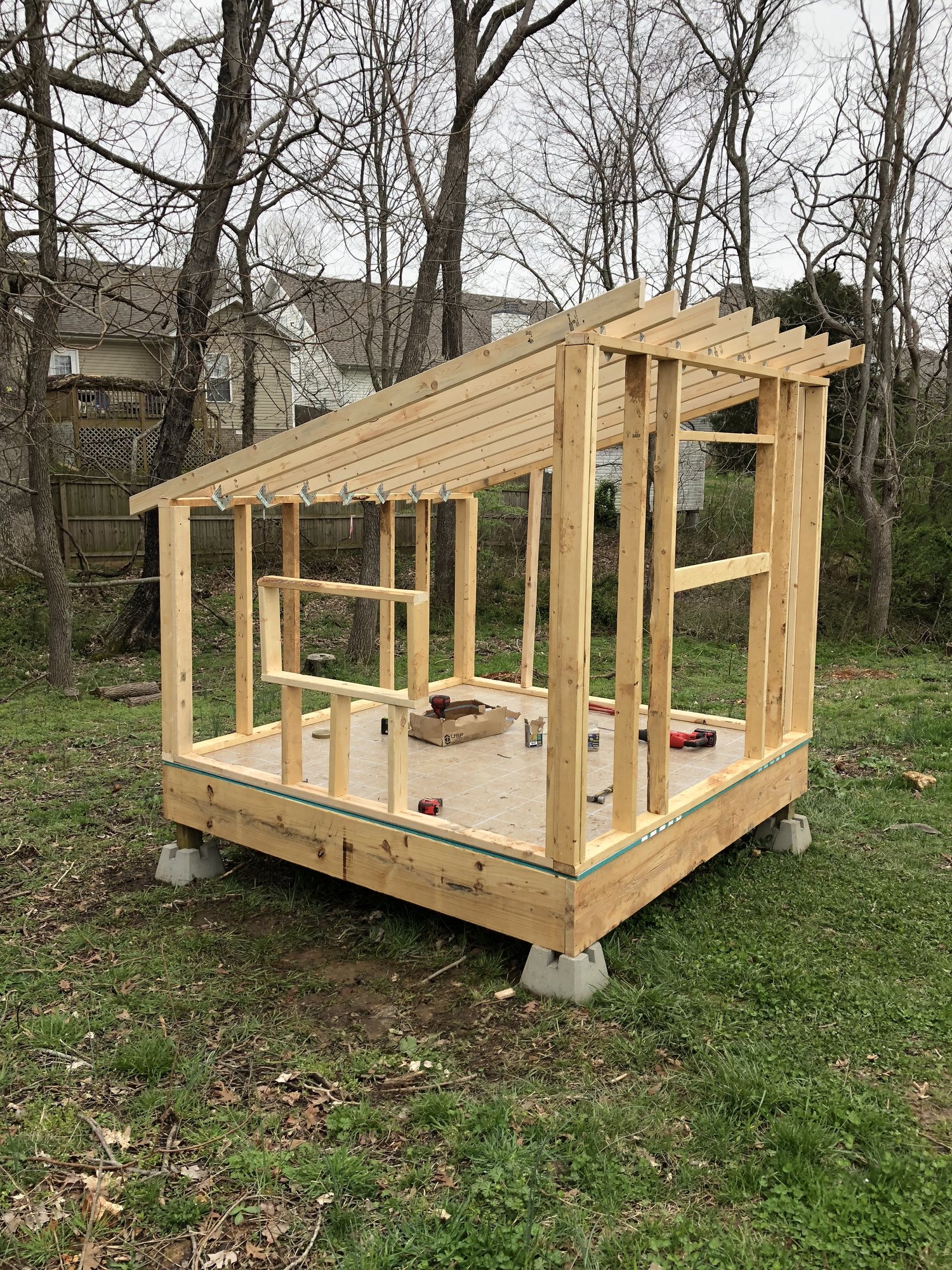 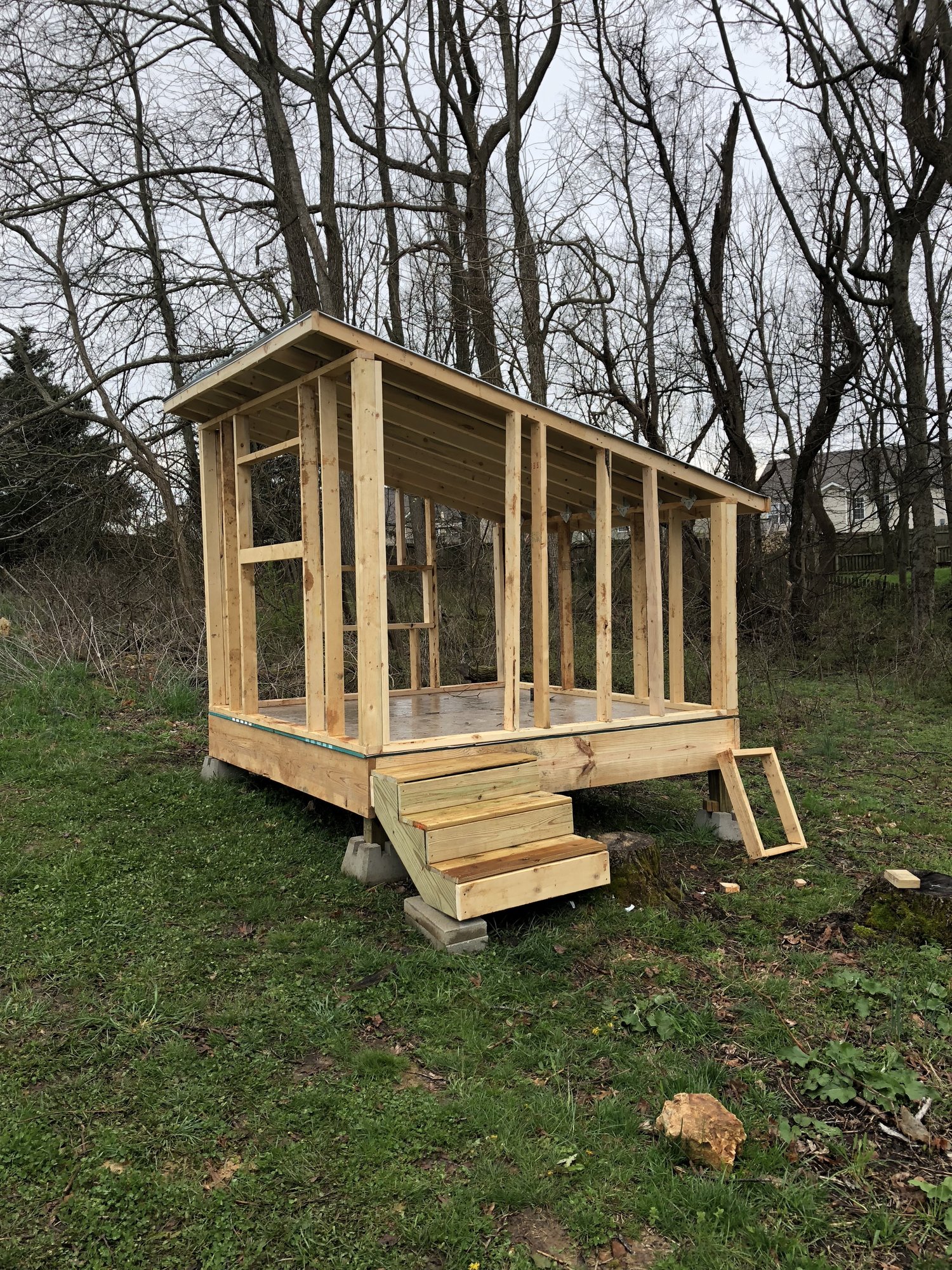 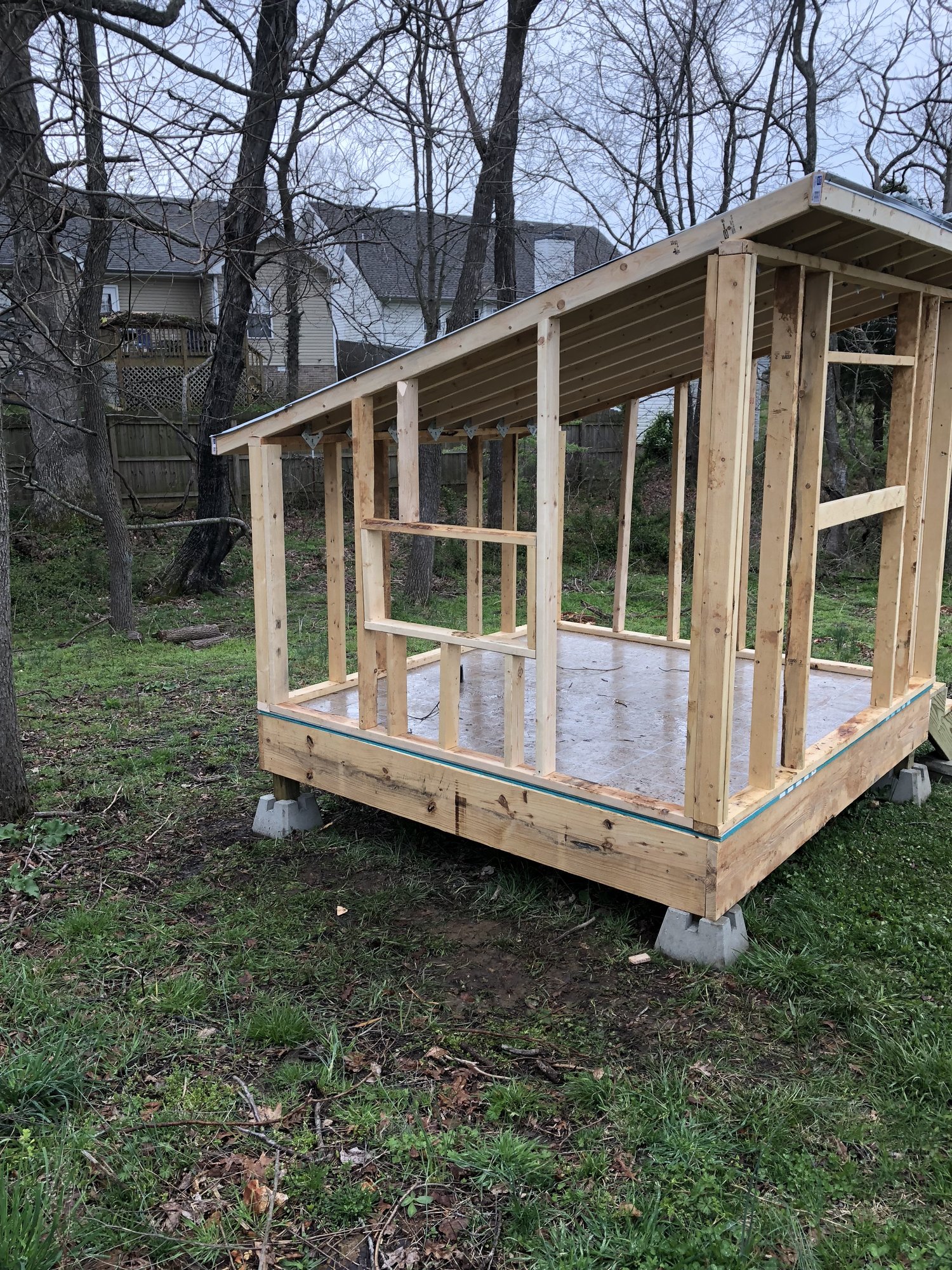 Basically Finished getting the walls framed up and the roof on today before the majority of the rain hit. Theres some little blocks I need to install between the rafters to add some support for the tin along the line where I had to add another partial sheet.

Might want to expand that top step into a 'porch'.....
....and some fly rafters roof overhang on sides.
Use 1/2" hardware cloth instead of soffit material for nice winter ventilation. 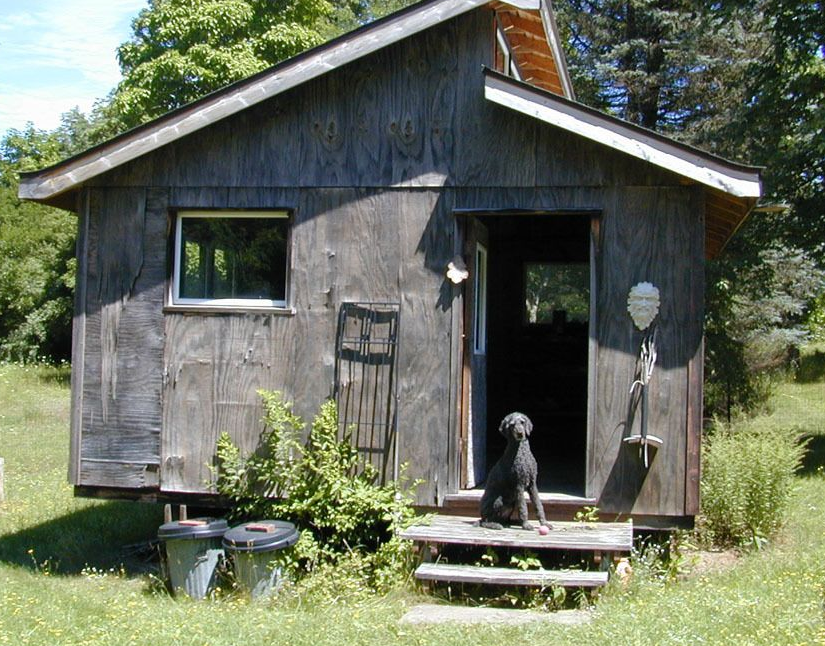 Excellent work! Off to a great start!

Might want to double check the spacing on that 2nd stud from the right on the entry door side.

C
Green Roof for Coop and Cement Board

Work in progress but love it!
2