I'm now down to the final five, one more than I *really* ought to have in the 4'x4' coop, but given the huge pen and the prospect of getting the new facility built reasonably soon, I'll risk it -- though I'll act if there's any trouble.

Here are the ladies who will be the foundation of the Greyscale Acres flock: 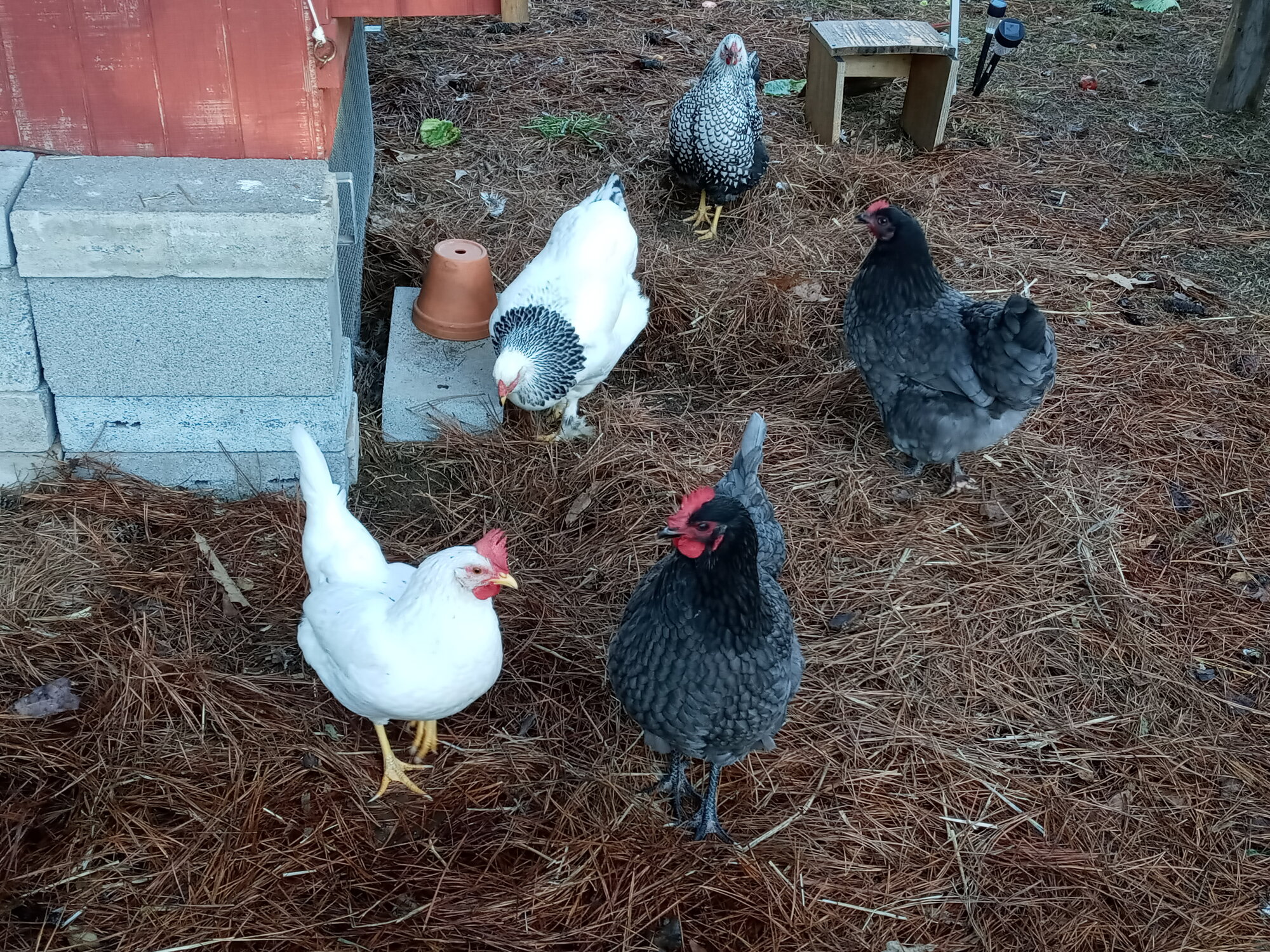 Teriyaki the Blue Australorp (comb has fewer points on front and the feathers on her back have a brownish tint): 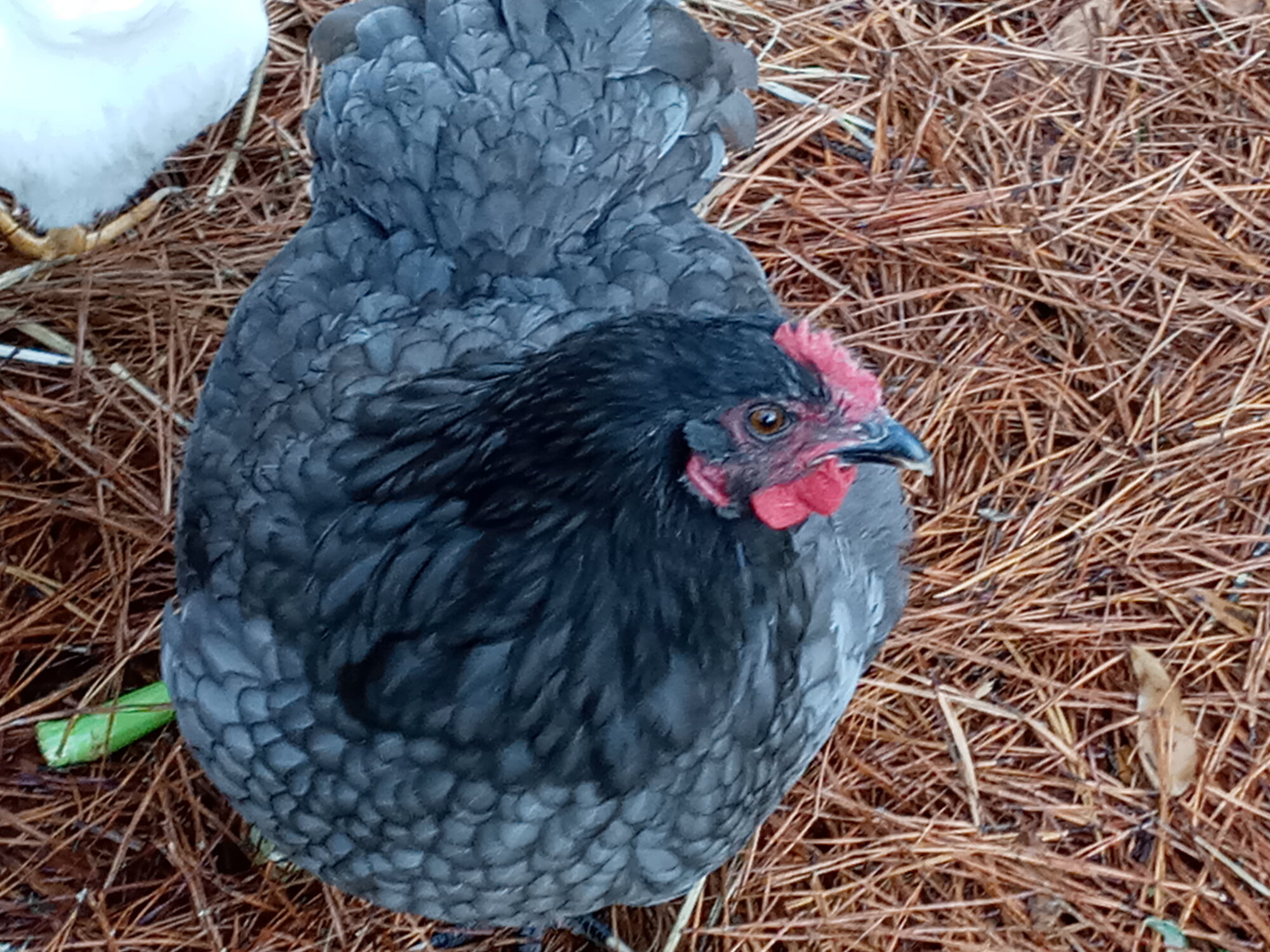 Cordon the Blue Australorp (more points on the front of her comb and no off-looking color to her grey): 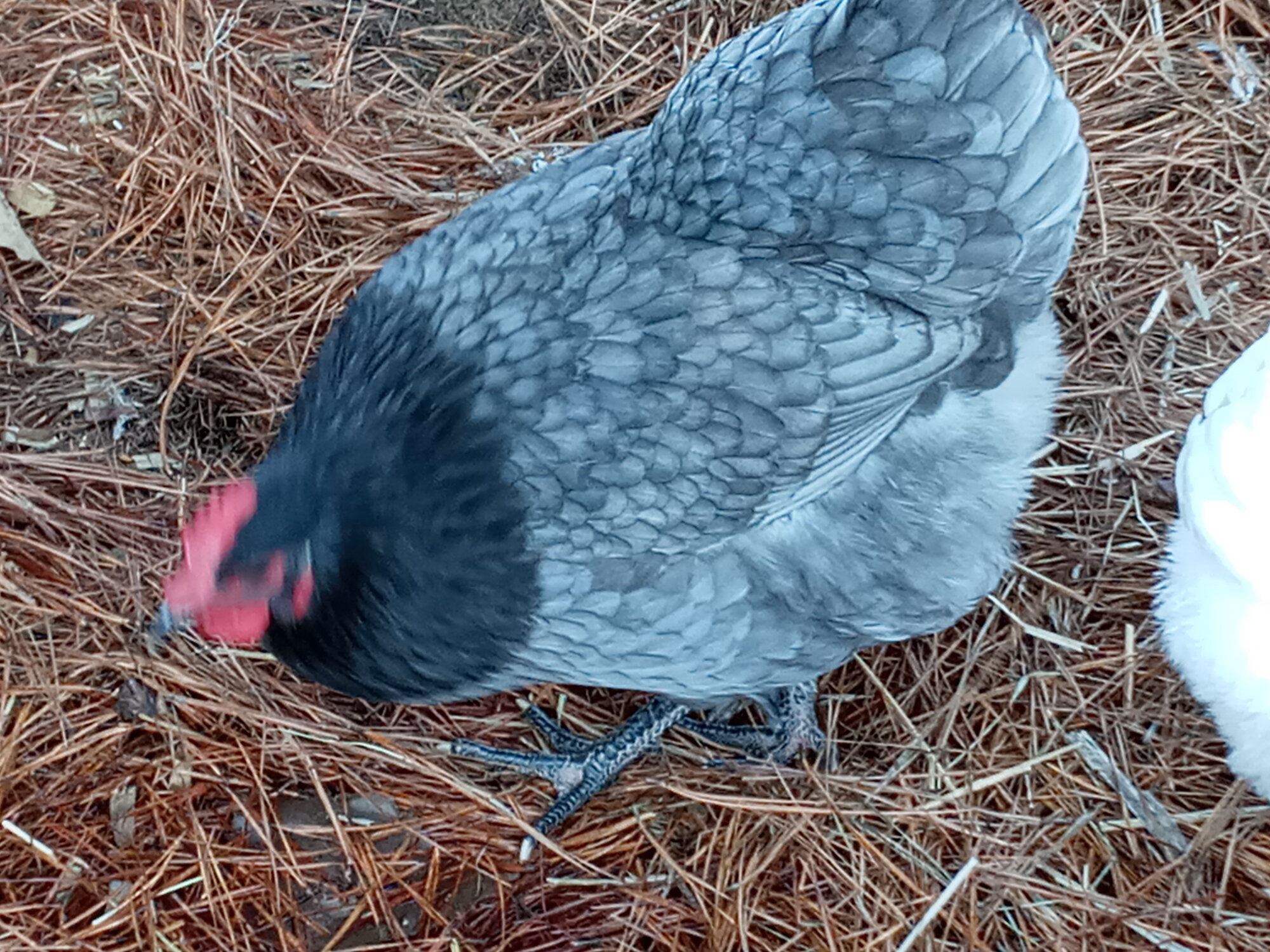 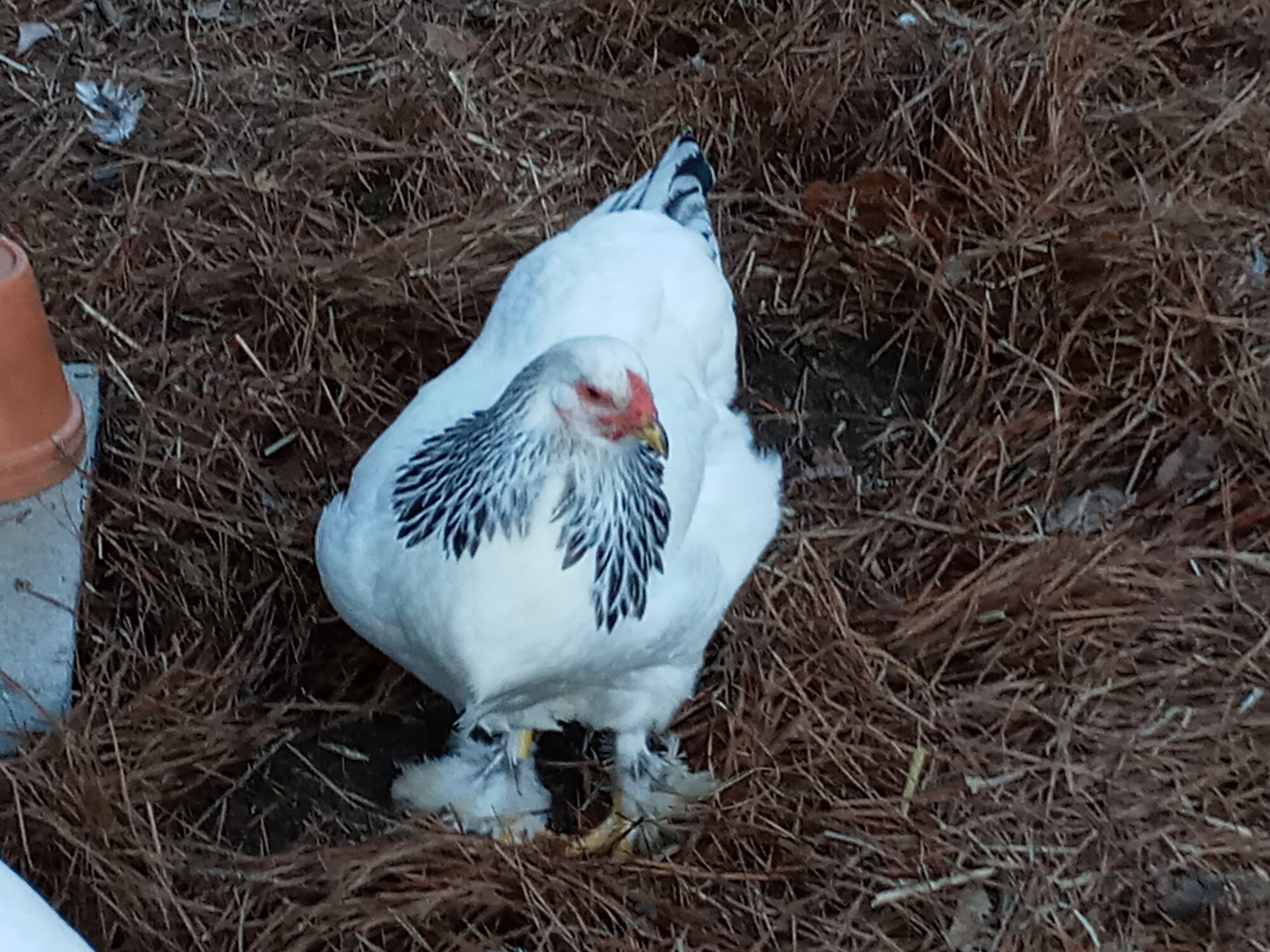 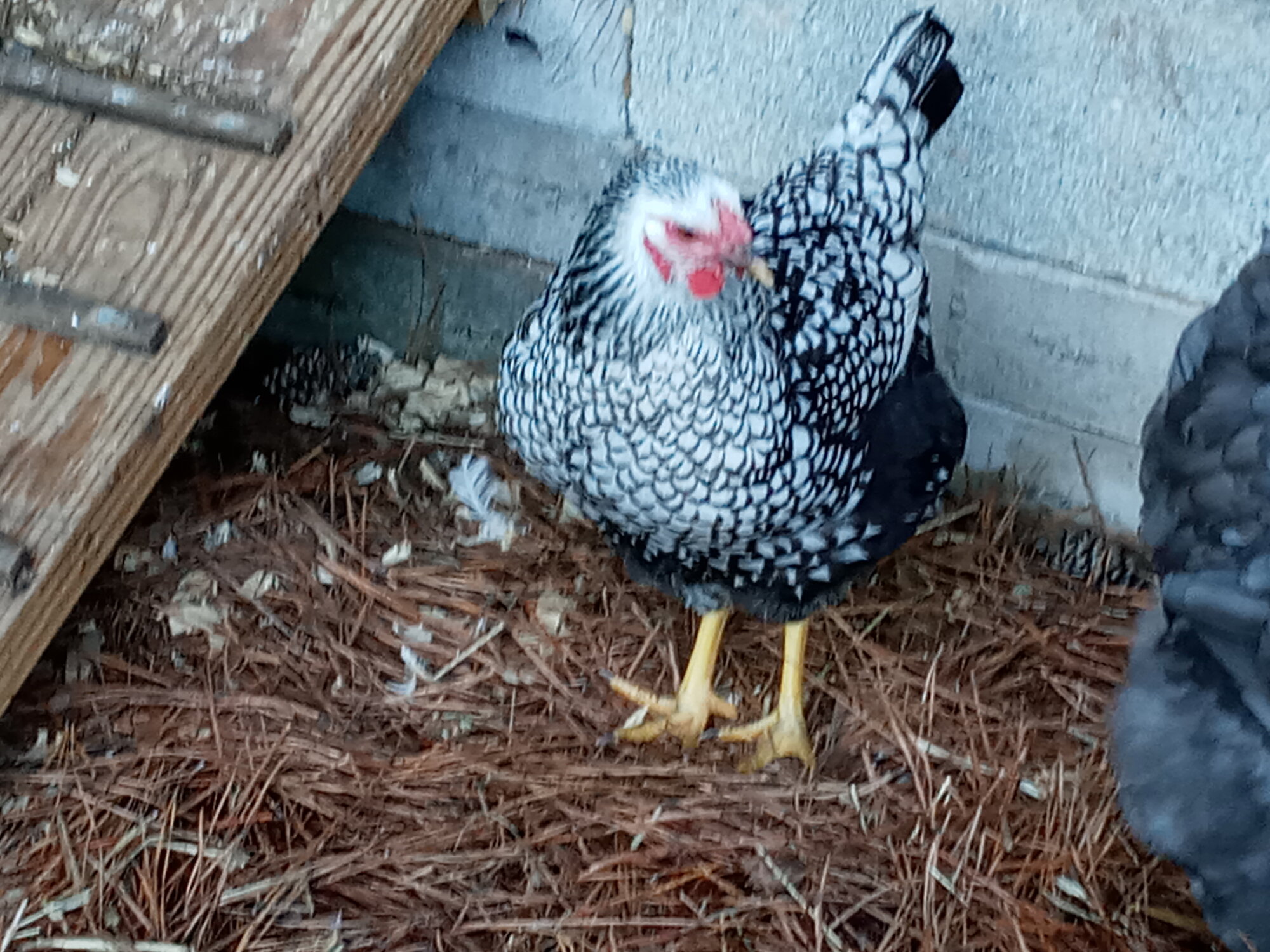 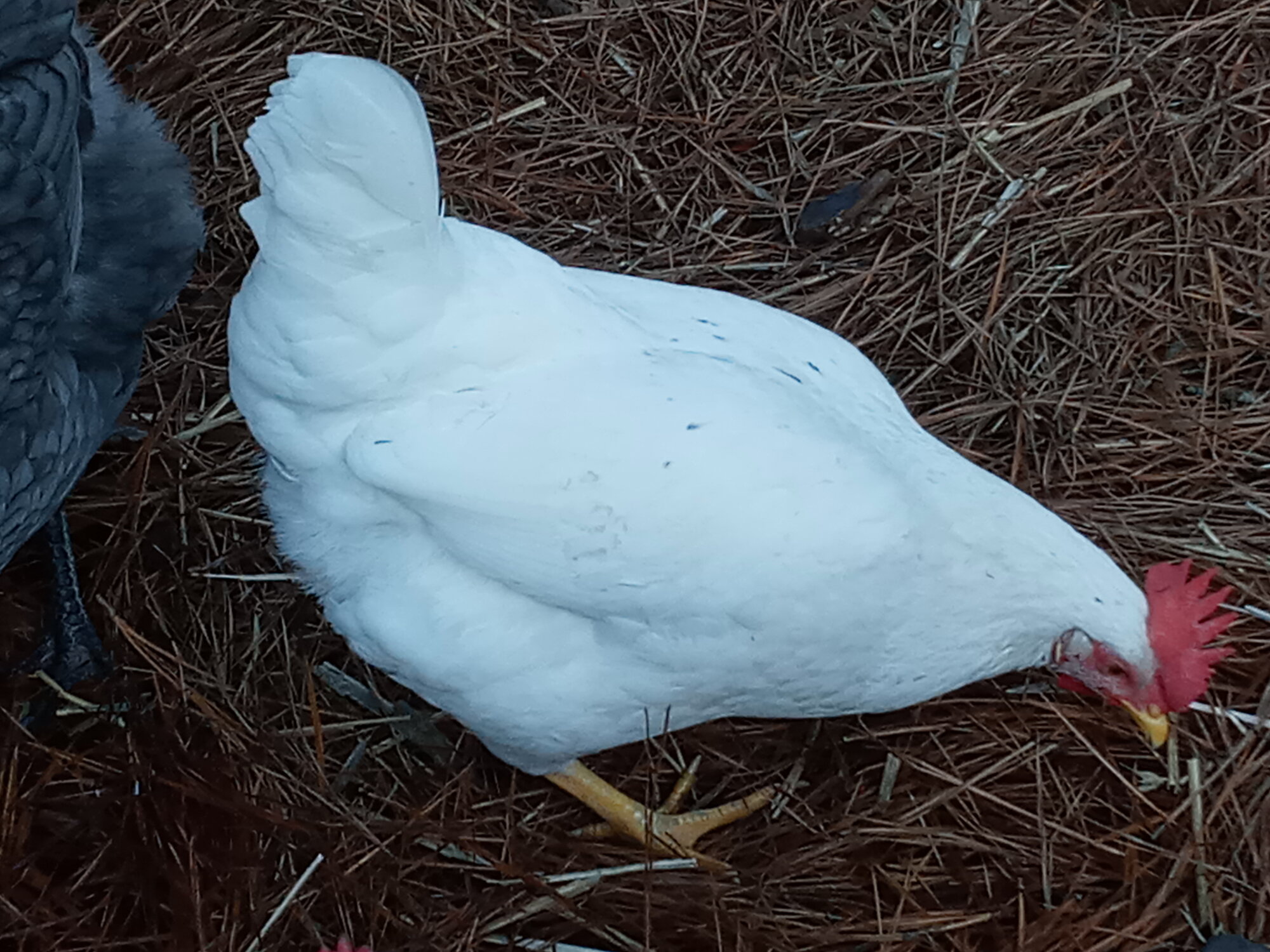 That's four who ought to lay some shade of brown and one white layer.

I'm expecting to buy more chicks than I need next spring and sell started/POL pullets with the intent of having 1 or 2 keeper cockerels and about a dozen hens total by this time next year.

I'm dreaming over hatchery catalogs at the moment but tentatively plan to add more Blue Australorps, some Delawares, a Dark Brahma, French Black or Cuckoo Marans (the feather-footed kind), White Legbars, and another white layer of some kind. I'm also pondering Empordanesas but don't know enough about them yet except for the key facts of dark eggs and hot climate suitability.

I might end up with some oddballs because I'm letting family members have some input on breeds so as to involve them more in the enjoyment of the family flock. DS#3 wants Silver-Laced Cochin bantams.

Pretty flock, thanks for sharing pictures!

They are so beautiful! I especially love the colors on the blue australorps! Do you find that your california white is flighty?

Fatimetta said:
They are so beautiful! I especially love the colors on the blue australorps! Do you find that your california white is flighty?
Click to expand...

I'm not sure if "flighty" is quite the right term.

She's a little skittish in some ways -- definitely not a cuddle bird. But she's also bold and adventurous, going off on her own to investigate things she finds interesting. I had a thread about her supervising the plumbers from the top of the feeder shelter. She was more interested in the activity of strangers with power equipment than afraid of it.

She can fly out of the pen anytime she wants to. *Mostly* she stays in with the others, but until I can organize a wing-clipping party with my DH to do the catching off the roost and my DS#3 to hold the lights I've told everyone to not worry if it's Chipotle who's out because she can get back in just like she got out.

Back when she was a chick she and her breed-sister, Spicy, were the first to leave the vicinity of the feeder/waterer and explore the rest of the brooder. Then she pounced on a little ant that was crawling on the wall.

"Active" and "alert" are probably better words than "flighty".

Recent Photos of my Ladies
2

My First Flock in Years
2