aart said:
This is true...still hard to say until you see her egg if it'll be olive or just green.
Click to expand...

Thanks I guess I’ll take my chances! She is a pretty pullet, all black with the ameraucana cheeks!

jmns said:
Hi out there on the olive egger thread! I was wondering if anyone has seen a production red/ameraucana(not EE) cross as an olive egger? I have the opportunity to buy one, though I understand Marans and Welsommers are usually used for the brown egg layer parent.
Though I have seen some production reds with darker brown eggs (though not as dark as the other two mentioned). Thanks

I don't have olive eggers that are that cross, but I think my starlight green eggers have RIR in them, they are a cross between a Prarie Bluebell egger (which is an Aruacana x white leghorn) x "Brown egg layer" according to the hatchery site. Their eggs are a lighter green though. I'm glad you got her, post when she lays an egg!
=====
My oldest Olive egger pullet that I posted about earlier is 18 weeks old this next Monday. I lost my other one last week. She was a sweet bird, and I was really looking forward to seeing if my cross worked with her parents too.

Frustrating to lose her so close to knowing.

here is the Penedesenca x Starlight green egger, the red chick ( I just rehomed him today): 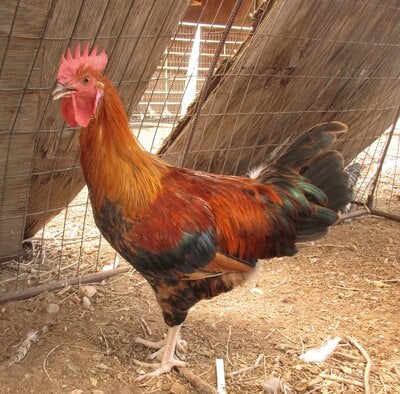 The white chick, Penedesenca x the other Starlight green egger 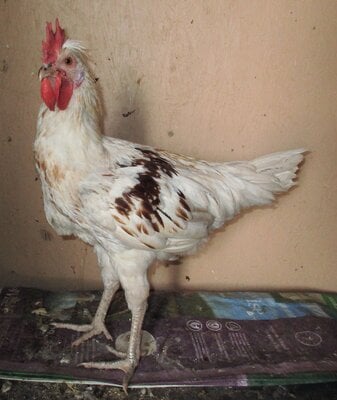 Same one, but a better view of his comb. So, one reason they can get a split comb like that is if they have polish in them. But there shouldn't be any polish in this guy. 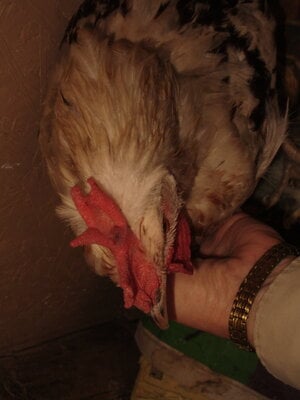 One of the girls, penedesenca x either my olive egger, or my moms easter egger. Chipmunk in the previous photo. 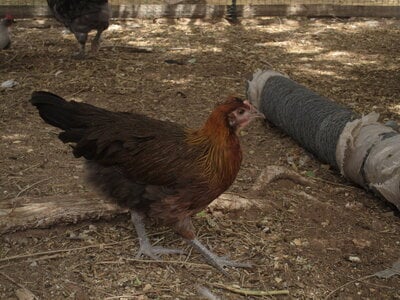 A photo of the both of the pullets, I lost track of which was which when they started losing the eye marking. I put a green leg band around the one so my mom could tend to her, so we started calling her "Greenie". I think she is the one in the back, she had less of the penedesenca hawk face. Bummed to have lost her. 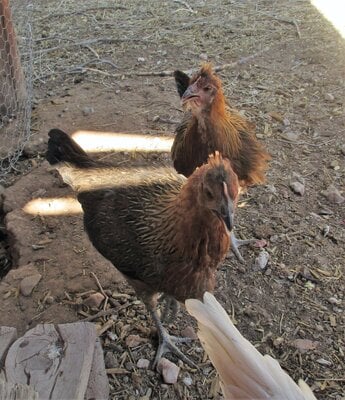 Thank you so much @JennyHeidewald for your reply. Interesting combination of birds you have! I did not realize so many different breeds could make up an olive egger!

jmns said:
Thank you so much @JennyHeidewald for your reply. Interesting combination of birds you have! I did not realize so many different breeds could make up an olive egger!

I gave hatching eggs to a few other folks to hatch and raise, the chicks are going to be coming of age the next few months. Easy way to spread my Project.

I started getting these beautiful eggs from these 17 week beautiful chickens! I am so thankful and grateful! 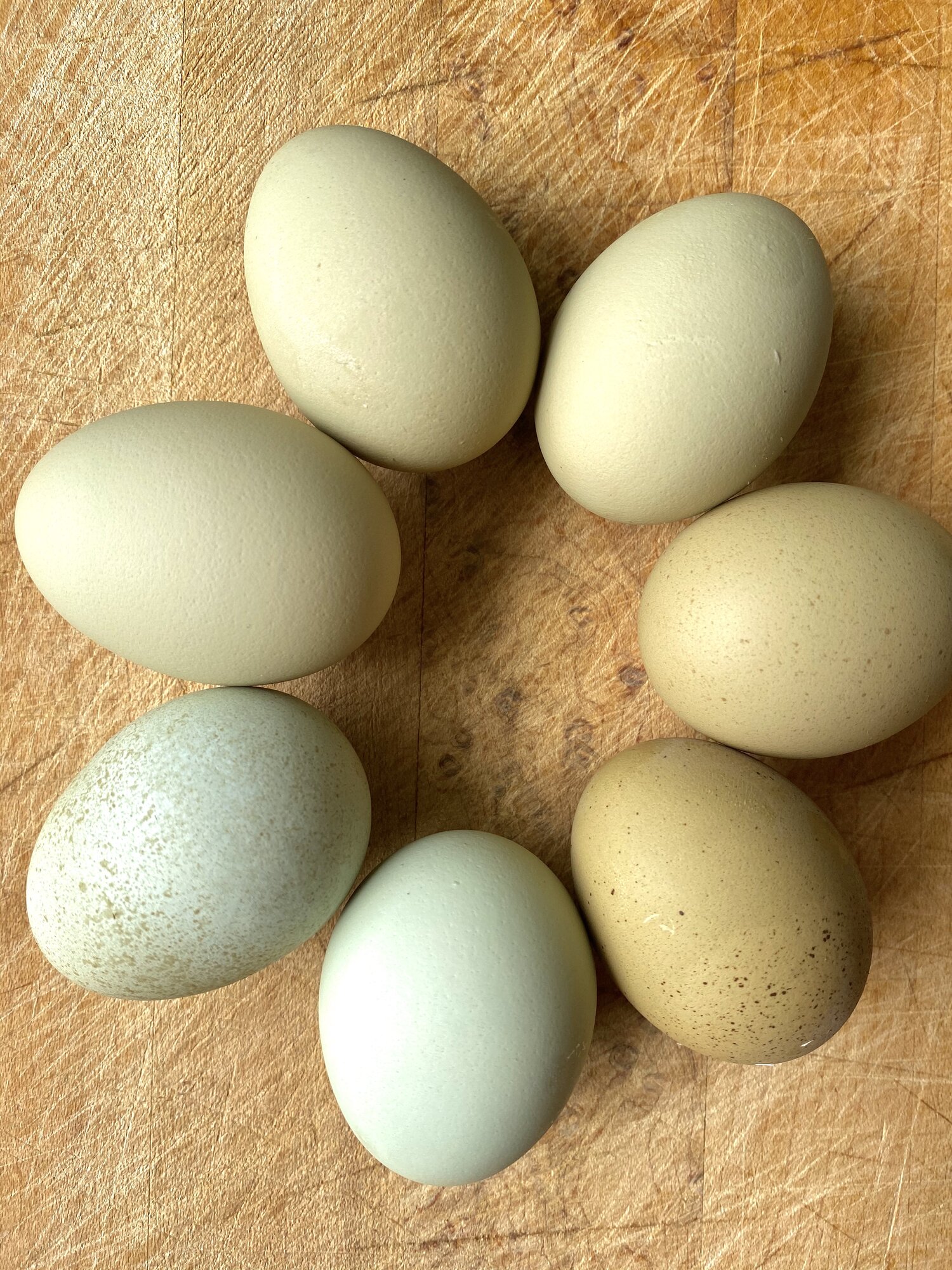 Those eggs are gorgeous! Looks like your hens are a cross between cream leg bar and not sure what the other half is! Amazing that they’re already laying eggs at their age. Congratulations!

jmns said:
Those eggs are gorgeous! Looks like your hens are a cross between cream leg bar and not sure what the other half is! Amazing that they’re already laying eggs at their age. Congratulations!

Thank you. They really are. I was pleasantly surprised with them. 4 out of 6 have the crest, but all look similar. I contacted Hoover’s hatchery and was told they would start laying at around 20 weeks.
C

Yes! I believe that’s what they were listed as at the farm store.

aart said:
Pretty hard to tell with a chick, might know more once it gets its adult feathers.
Where did you get it? Hatchery should be able to tell you parentage.
Click to expand...

No I hatched them.... sorry I was gone for a while... ended up with 8 Roos out of 12.... olive eggers, what now?
You must log in or register to reply here.
Share:
Reddit Pinterest Tumblr WhatsApp Email Link