This is going to be the most used tool

So, for those that raise chicks, and I do raise what seems like a lot, as the incubators have not stopped since August, we deal with differing feeds for the most part.

I use pellets for the adults, I just switched to a 20% all flock and I have switched brands of chick starter to a meat bird starter of 20% as the previous brand had so many fines in it. I was sifting out over half the bag, which is fine for the first week or two, but there was not enough of the larger crumbles to offset the chore. Now I have the opposite problem, not enough fines and smaller stuff in the crumble for new hatched.

I really did not want to take a rolling pin out and smash the starter, I have in the past, but with upwards of 75 chicks under two weeks and more hatching shortly, that was a chore. Plus, these companies charge more, sometime up to 6$ more for chick starter.

So now enter the tool, something that was a Christmas present 20 years ago and I have never used. a minute of turning a handle and I have enough chick feed for the day. and it handles pellets. so no more multiple feed types. A cheap grain mill can be had from ebay for under 20$ 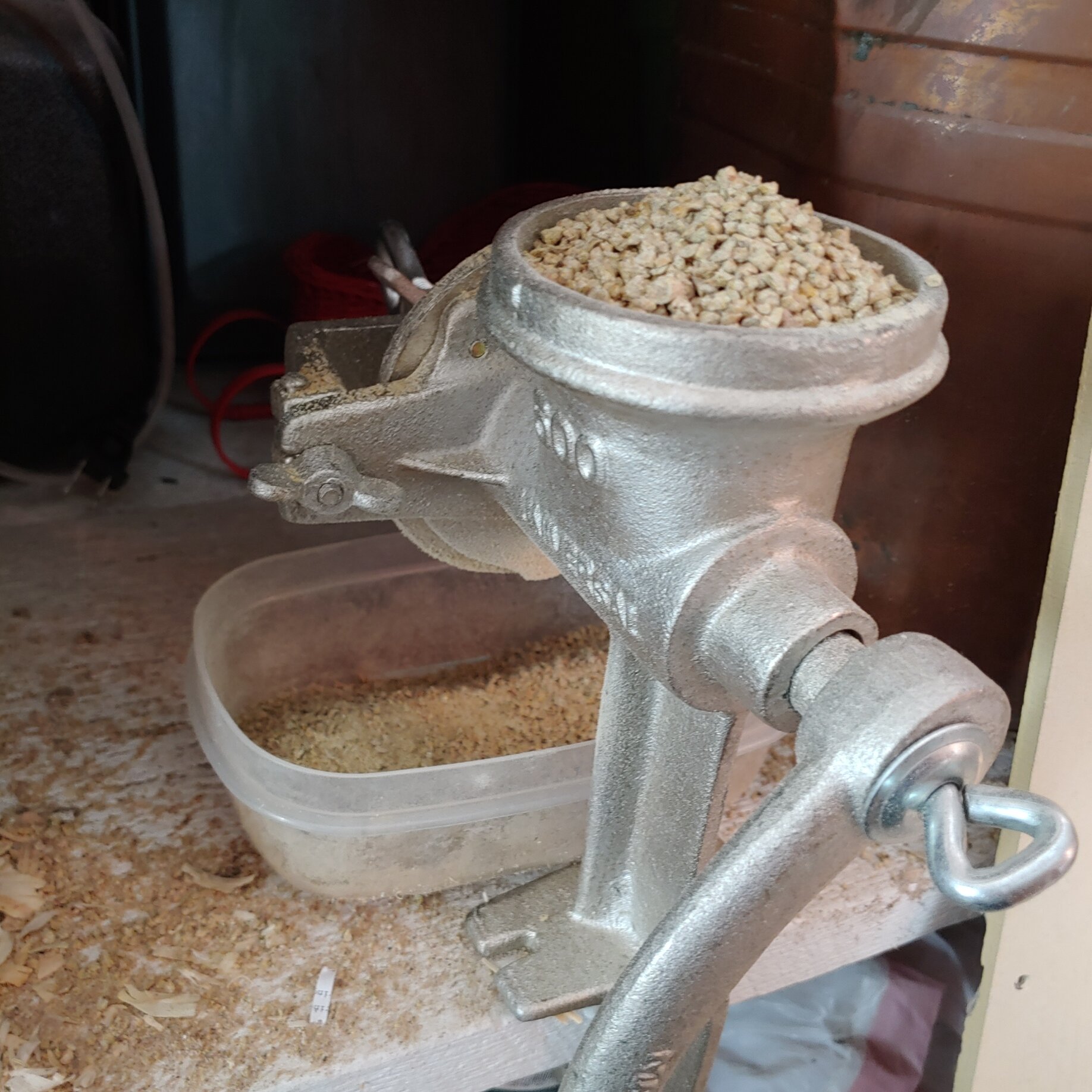 Thanks for sharing that!!! I have one of those, plus one that attaches to my Kitchen Aid! What a great idea. I'll have to think about how this will help me out now. Last year I was trying to grind pellets into crumble using a food processor and it doesn't work.
You must log in or register to reply here.
Share:
Reddit Pinterest Tumblr WhatsApp Email Link