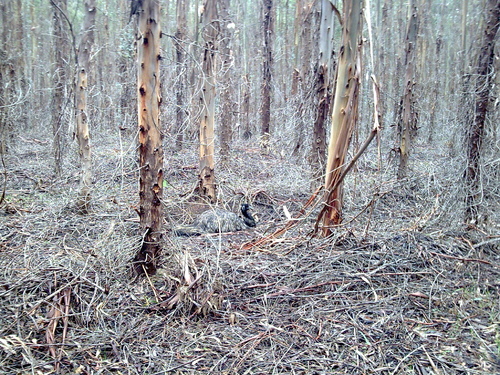 In Eastern Australia, the males incubate in seriously cold regions, sometimes with rain falling for days on end. Their accumulated fat powers the project of keeping a tiny patch of cold earth warm enough to ensure the chicks' correct development. And you can j u s t see in the photo of Boy Emu* how the skirt of feathers helps keep the warmth in.


*'Toy Boy Emu,' consort of the legendary 'Greedy Emu' (an older sister of Tooshtoosh), incubated here in 2013, I think. Observed in the thread 'Mating-Season in Australia.'

Love your observation. Be well my friend.

This sounds creepy, but:
...
well, most of the time the cheepers are . . . what they are: frightened little fuzz balls running around after their Dad. But here's the thing:

because most of our observations of chicks were of Eric's chicks, we don't have much insight into how a Dad and chicks interact with interlopers. We have some observations, and these are very good. But no emu in its right mind ever went up against Eric a second time.

But Tooshtoosh and his sister LimpyChick are a bit sooky -- they're orphans. And they're fairly well-matched. So we've seen a good number of territorial disputes between Tooshtoosh Plus and (stupidly stubborn) LimpyChick.

Tooshtoosh and Co. sight LimpyChick, and run her off. And sometimes the chicks are harmless little cheepers. But sometimes, there's something downright scary in the way they move with their Dad

(don't forget that the chicks lead the charge into battle, before pulling up at the last second).

They move in a pack. There's a real ugliness to it. Dads sometimes parent into the second year, which would make the chicks quite large. Would they attack and kill an interloper? An injured emu is always attacked by its siblings.

If they are like turkeys then they will kill the injured one to keep predators away. 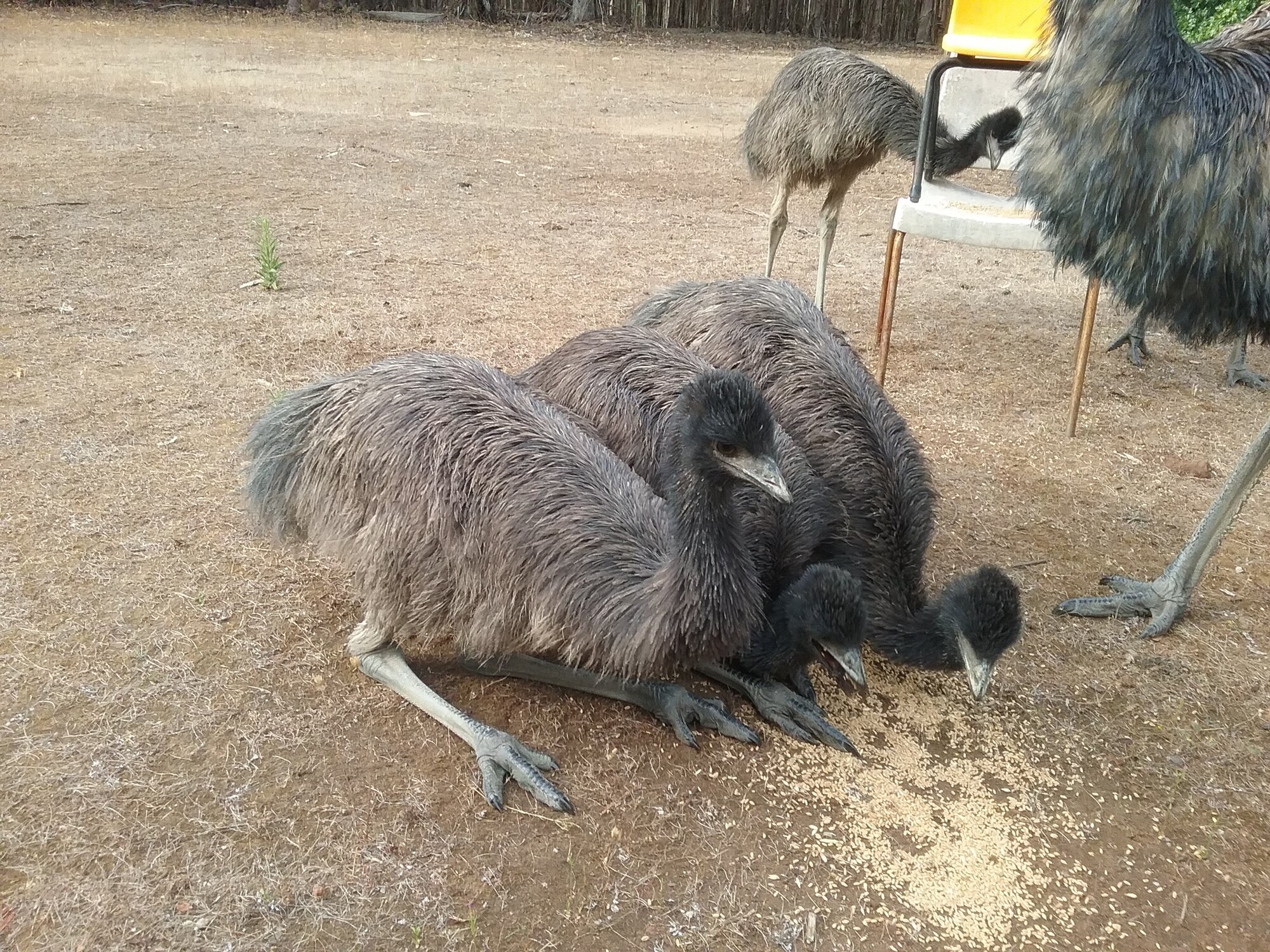 Who's been down at the dam? And got mud on its legs and beak and toosh?

Update
OMG OMG! They are getting big fast. One took food from my hand yesterday. And when they are busy eating, I can give them a little pat.

And LimpyChick?
two weeks ago, she was behaving oddly. I thought she was ill. Then, on a bright day, when my eyes give me real trouble, I went outside to feed her, and saw that she had a wound, hence the odd behaviour.
So I have been giving her extra rations. But she has been away a few days. Probably wise on her part -- she will insist on trying her luck with Tooshtoosh (and the chicks). She knows she can't beat him, but she insists on coming close and vocalising . . . and being chased away.

The Death of Eric the Emu