For days, they watched dad drink from the bird bath. It was all a mystery. Then suddenly it wasn't
Last edited: Nov 25, 2020

And, of course, we're all entitled to oooh and aaaah over the cuteness of the chicks. But wow! They're miniature bad dudes, and don't you forget it.

Did you know that chicks small enough to sit in a bucket will still race ahead of their Dad when he goes to attack other birds? The chicks pull up short, but the evil is in them.

The other day LimpyChick stood her ground for a second as Tooshtoosh and the chicks roared up to drive her off her wheat. And -- I've seen it before -- when LimpyChick went up on tippy toes, biggin' herself up to over six feet, one of the chicks bigged up against her, sticking its 18-inch--high chest out. It only lasted a second, but the dinosaur-intent was clear: the chick was thinking about attacking a bird thirty times its weight. 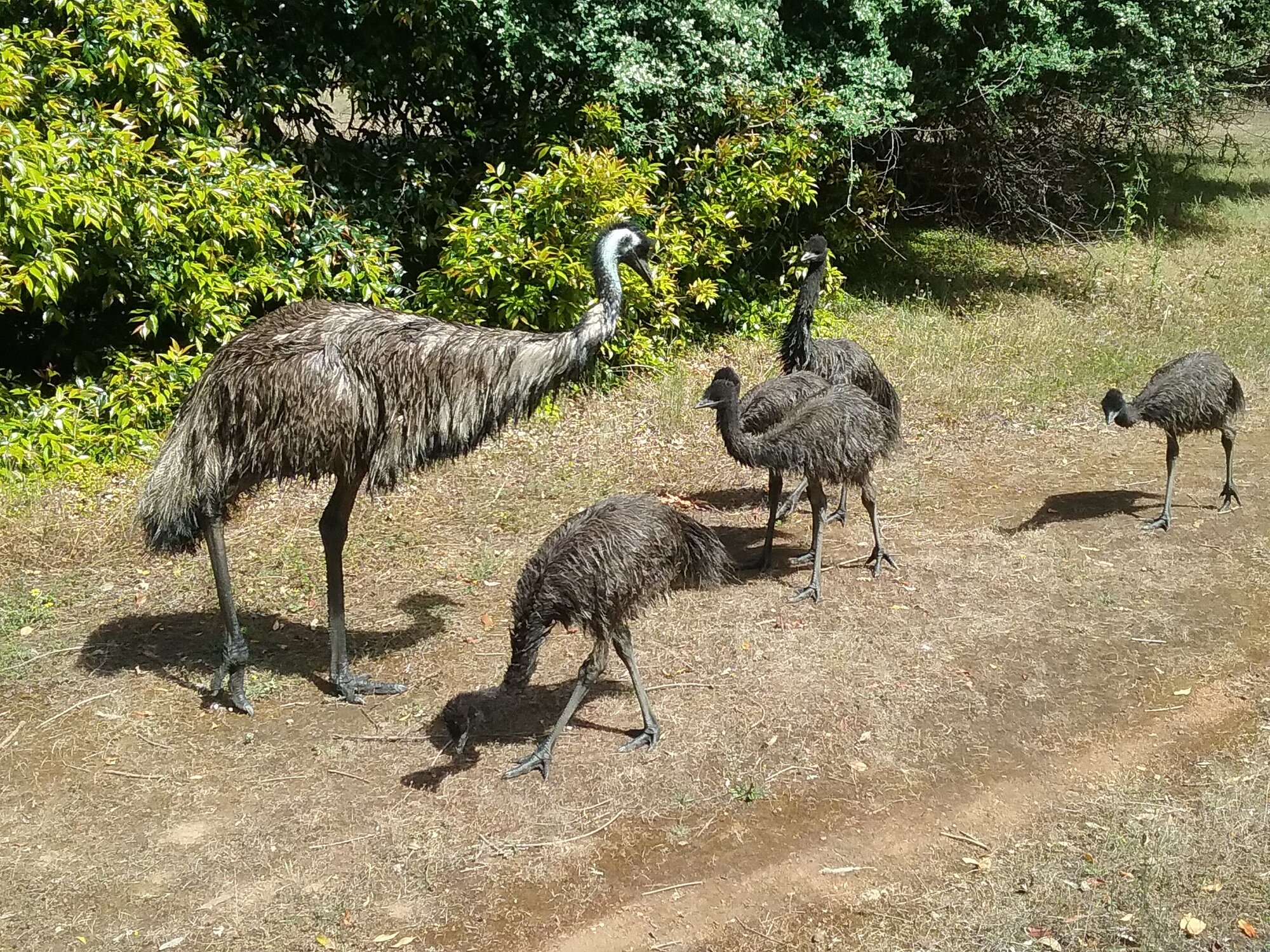 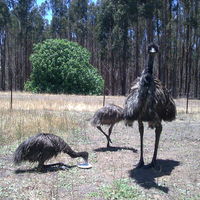 Quick Notes: Alpha and Omega definitely had a different approach to dawn dancing. They used to do it in a synchronised manner. The present five seem to do it more sporadically.

The chicks are becoming wonderfully tame. A really good way to tame emus, folks, is to lie quietly on the ground, with a hat covering your face (they know they're not being watched) and food lying on and around your hand. For the first time, I felt little beaks tugging at my fingers.

the chicks are rocketing from baby-baby plumage to black head. Toosh feathers sprouting like magic

So cool. Love your observations and you are truly the historian of the Emu's at you place. Good to see you posting and keeping us all up to date.

One of the most interesting things I think BYC folks would see if observing here is how 'Dad Plus' covers territory together. This includes the more-by-the-day independence of the individual chicks.

So, in a day? Heck, we've never quite figured this out. But the house-clearing here is as big as a Wal-Mart car park, and Dad Plus might bolt off in one direction, and return from exactly the opposite direction ten or fifteen minutes later.

And beyond the house-clearing, they certainly travel to nearby pastures and dams. So we wouldn't be at all surprised to learn that they travel thirty for forty miles a week, which is a long way on such short legs.

And the photo: 13th plum season of observations. You can see here clearly how this bird has a 'fringe' of feathers around his body (including the outstanding tail feathers that earned him his name).
You must log in or register to reply here.
Share:
Reddit Pinterest Tumblr WhatsApp Email Link