Here are my week old chicks. They are growing so fast.

The oldest is a black silkie (aka boots because he has a broken toe and we had boots on him) . 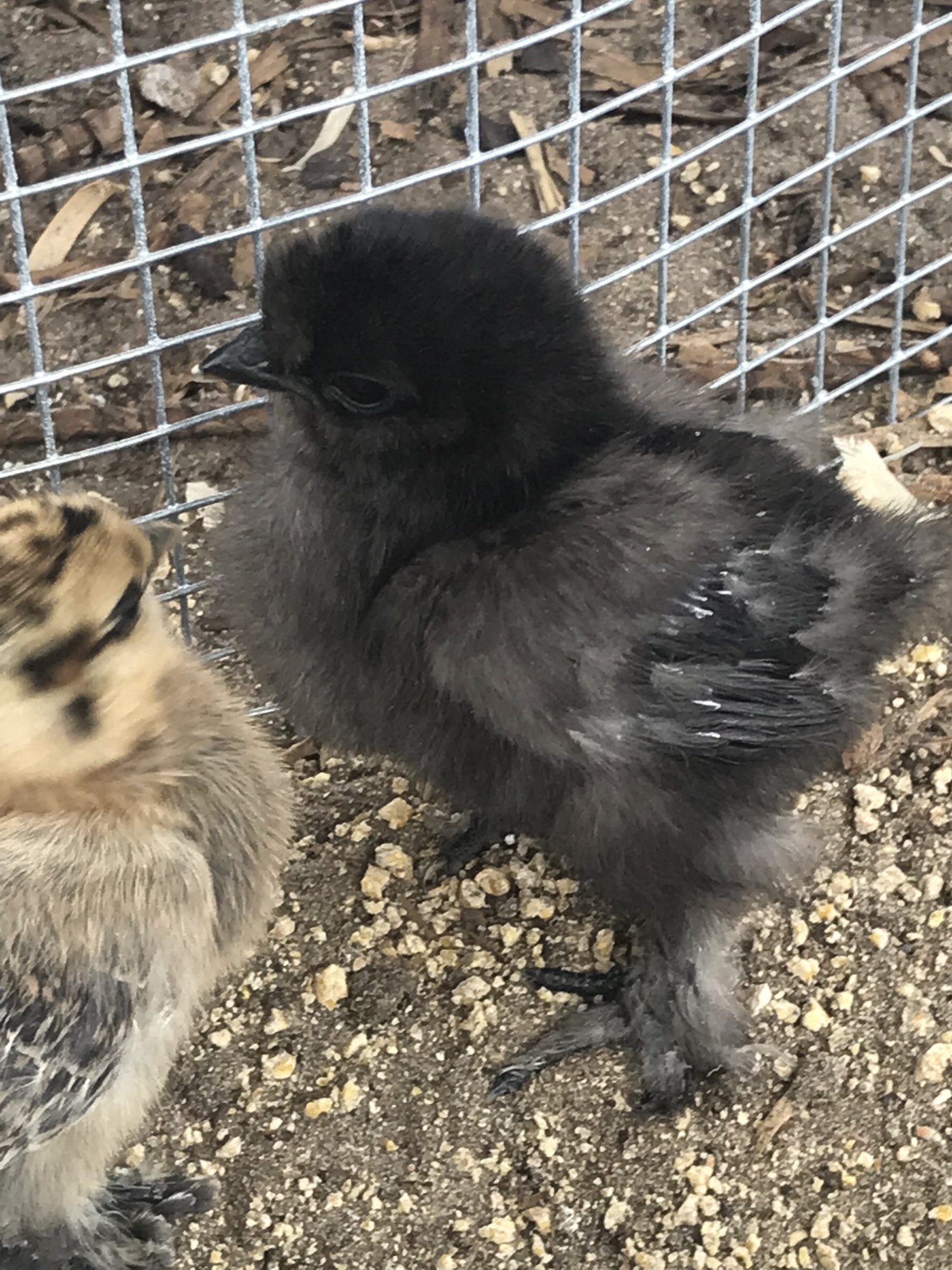 The next oldest born half a day later is black silkie cross I think (silkie x Mille fleur d’uccle). I’m not sure because some of the feathers on its feet look kinda silkie looking. Has a pretty little head. 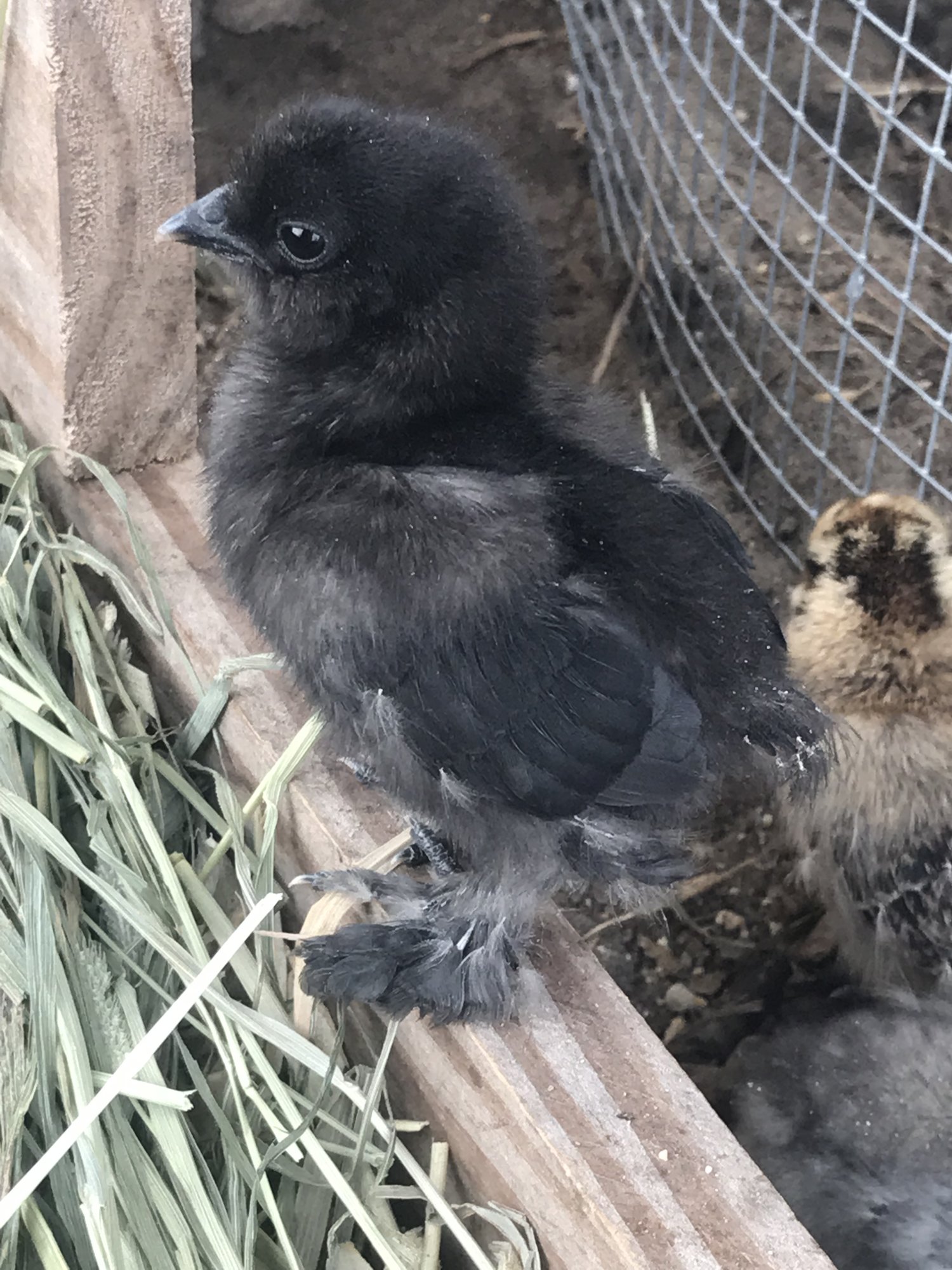 The next one hatched in my daughters hand.

Silkie x Mille fleur d’uccle . I wasn’t sure at first if this was a cross but the first feathers are making me think that it is. 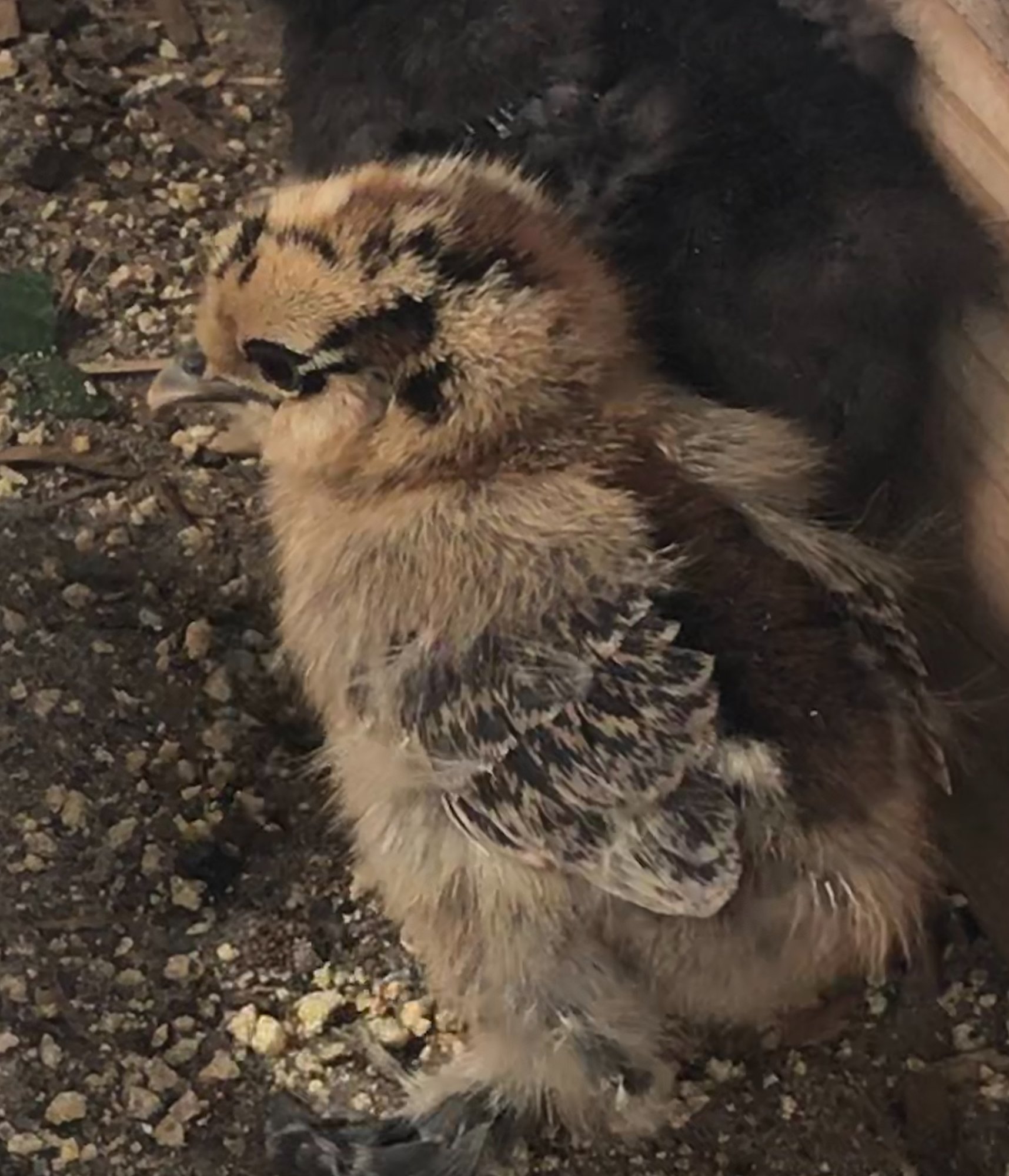 My 4th chick looks like another cross of d'uccle x silkie . 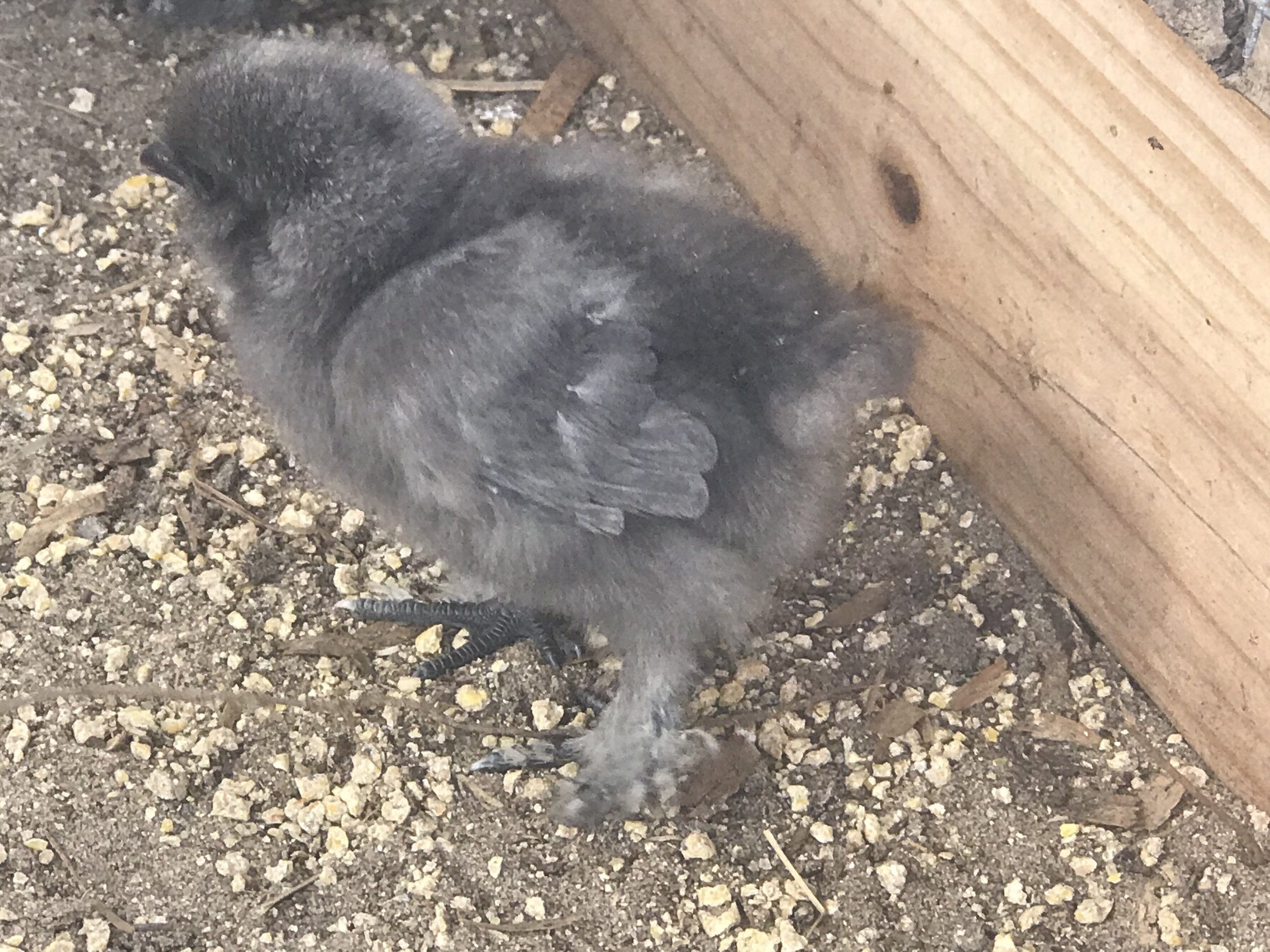 My last baby is hard to take photos of because he stays close to mom. The tips of his new feathers make me think he is also a pure silkie. It’s hard to tell from this photo. 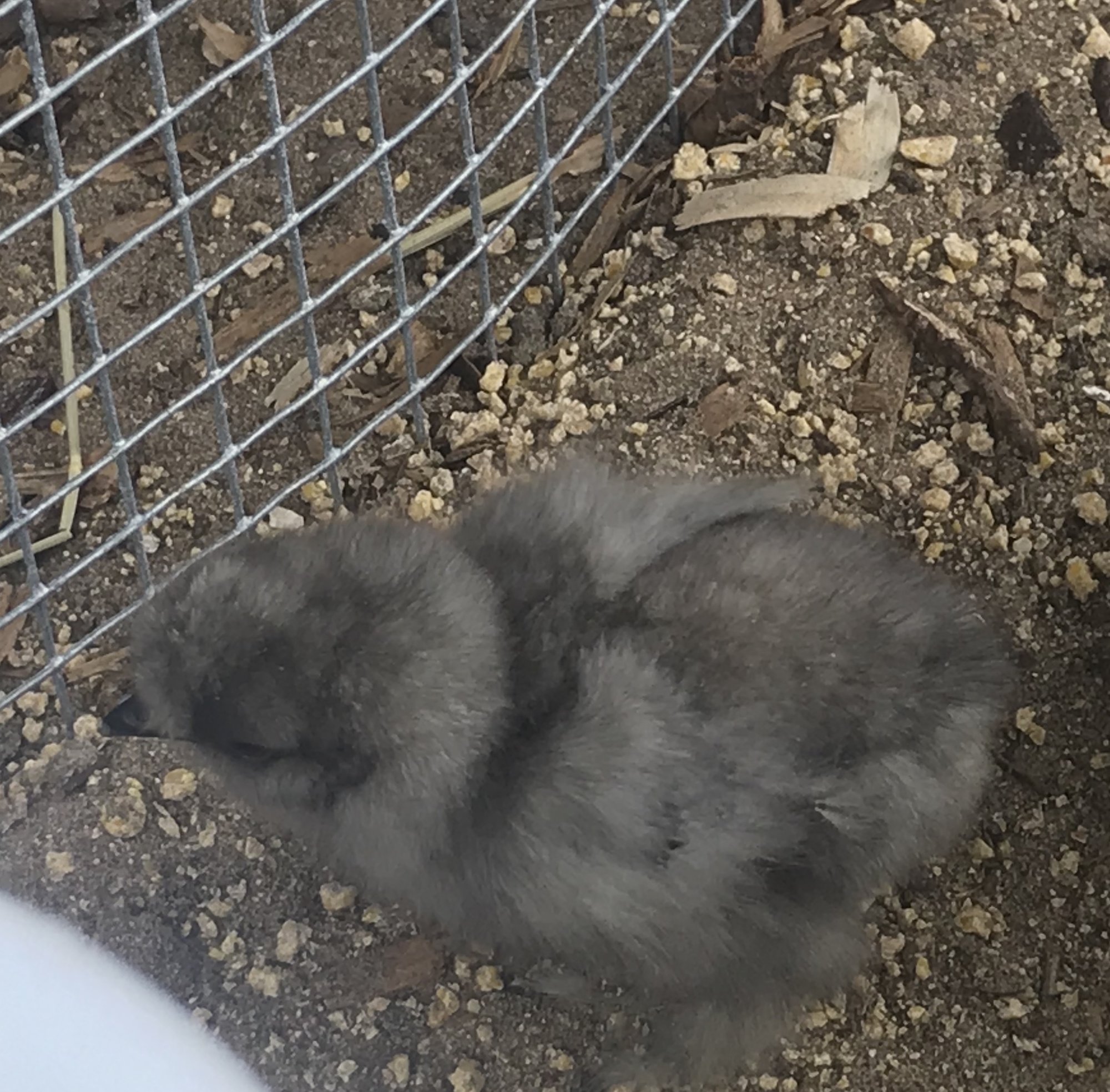 So my Mille Fluer snuck a few more eggs under my silkie cotton than I originally thought. That’s probably why she want to come in and hang out with the babies.

C
How much should I sell for...

S
D’uccle chick is a bully!