I attempted to introduced my seven 8 week olds to my family flock. Just to let them get to know one another. Not to keep them there. I took one of my most docile little chicks first and held her until she fell asleep. I walked into the run and Tosca, my little ball of hate- 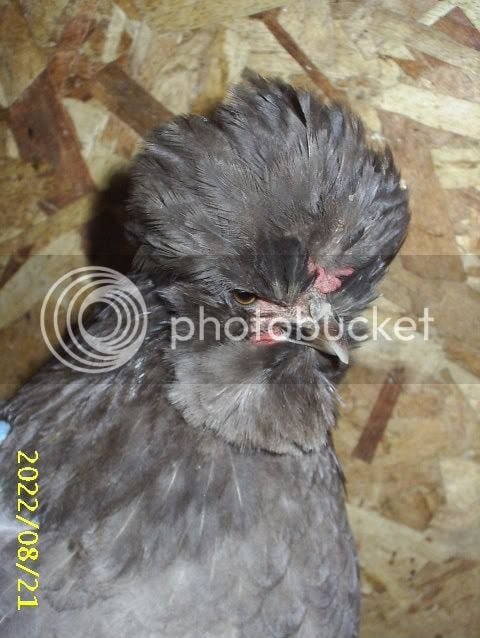 -comes over, shuffling her wing and grunting at the snoozing little Sultan I have in my hands! I can't even begin to describe the look she had on her face. Her eyes were actually slitted and she was looking ME in the eyes! Her stance said 'Destroy!' So, I pushed her away with my free hand and she came back again. In the middle of me playing Mother Hen, I can see Gypsy- 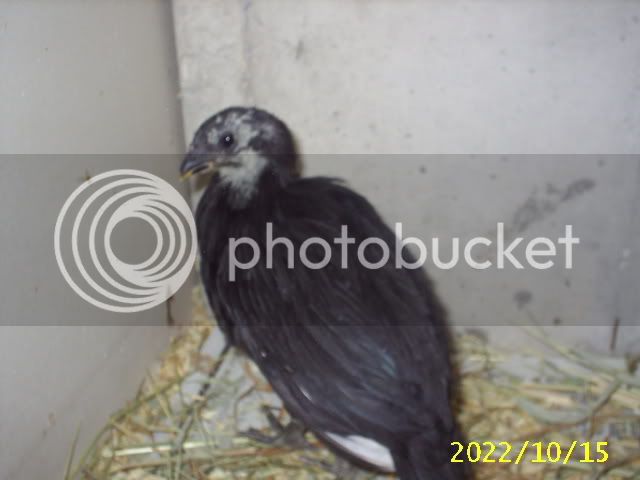 -the Sultan's brooder-mate, checking out (sizing up) Mr. Rooster in the corner. Mr. Rooster- 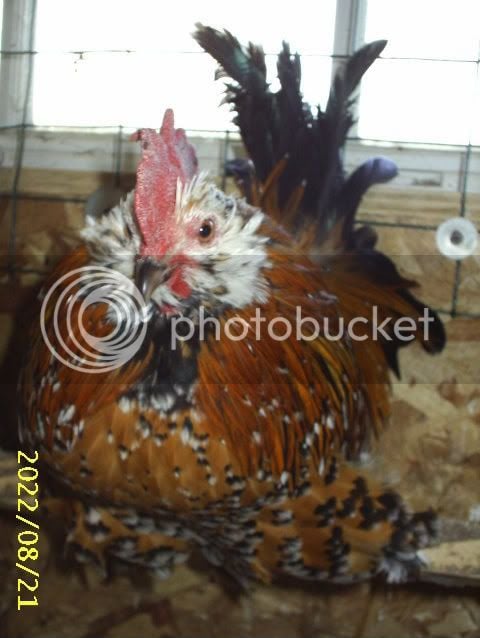 -and Gyspy are just staring at each other! Then out of nowhere, Gypsy, an 8 week old chick, leaps at Mr. Rooster with her spur buds flying and her hackles up! And Mr. Rooster doesn't seem to be so happy about this, either.

So I run over to break up the fight and Tosca runs after me, grunting in her way, "I'm not finished with you yet!" The fight is broken up, no one is hurt, and I turn my total attention to Tosca AGAIN! This time, though, when I push her away, she comes back and BITES ME!!!!! With a now bewildered chick in my hands, I grab Miss Tosca and drag her into the locked coop where I can tend to my wounds. A little gash in my hands. But I'm still in shock. This hen has an attitude problem but I raised her since she was a chick.

And I love her.

Just more drama on the farm.

Tosca does have a little bit of an evil look. The image of Gypsy trying to flog Mr. Rooster ( who is very handsome)- it is a funny little picture. Never a dull moment when you are surrounded by chckens, thats for sure.

hen got dumped by rooster and not taking it very well

Do chickens get jealous?

Egg song before an egg?
2

So I started integration...