My DH says his honey do list is never ending, because I keep adding chickens!

I'm "cut off" from adding anything else until spring (he put his foot down after I picked up a SQ pen of calls on the 15). He said we need to tighten down, and he's right!

But, all those chickens, turkeys, guineas, and ducks need plenty of housing!

So, we are adding another 8x8 room onto my 8x8 coop. We've decided to build the addition much like one would a regular house, so we've put down a floor. We have one half of the flooring down, and then the rains came in, so until it clears up, we're not able to do anymore to the coop. We're also going to be removing the front wall on the existin 8x8 coop and building a regular wall in there, then replacing the wall boards and door.

The add on for now is going to be divided into two 4' wide sections. One section will be for housing birds, the other will be for storage for feed, extra feeders/waterers, etc. We also plan to have electric run out to it with outlets so I can plug in heatlamps in there without having to run electric cords out to the coop.

I plan to put linoleum down on the floor to make clean up a little bit easier.

After the addition is down, the original 8x8 coop will be taken down and rebuilt, putting in a floor, etc. and blended to match the addition.

Can't wait to see more pics of the progress once it does.

How is the coop building going?

We've most of the framing for the walls up. Hope to finish framing the walls in this afternoon, and frame in for the door. Also hope to get the sides on and half the roof.

It's been raining here, so it's slow going. It looks like we're supposed to have great coop building weather the next couple of days - only 10-20% chance of rain with lots of sunshine!

We aren't completely done, but we are 3/4 of the way done...much better than it was this morning!

We have two of the three walls done, the third wall is framed in, and the rafters are up for the tin roof. Floor is down as well, and ready for the vinyl/laminate flooring to go down (haven't picked any up yet, but it's ready!). 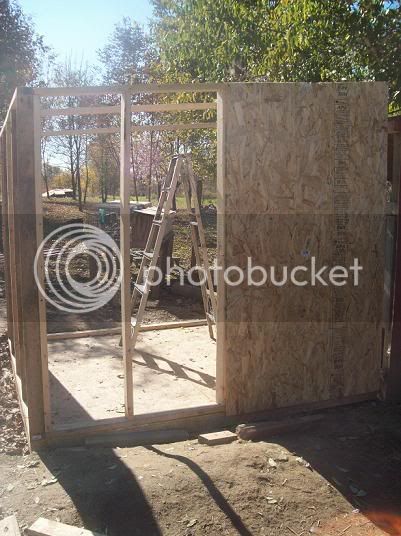 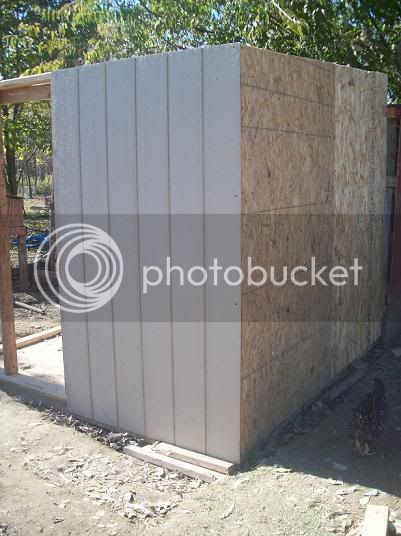 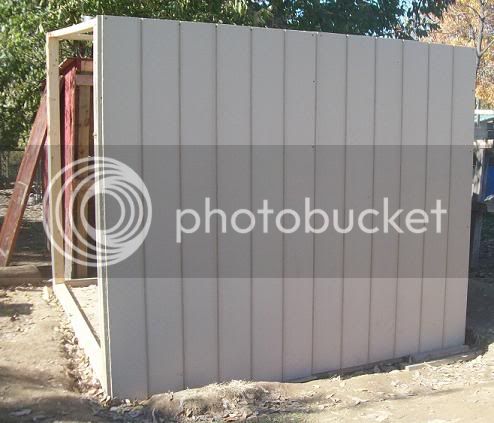 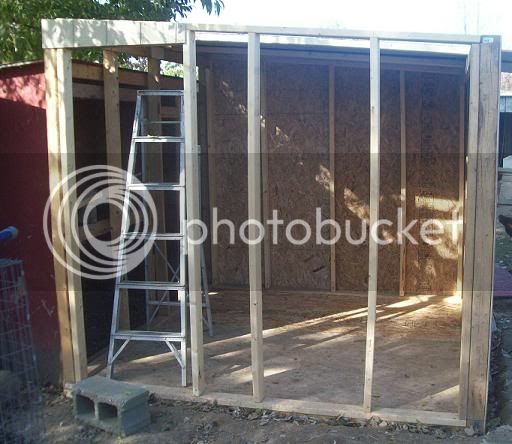 I think we're done for today.

All of the OSB will be replaced with T1-11 to match the two sheets on the front. And we plan to frame in a couple windows.

Reclaimed wood, Repurposed into a coop!!
2

F
Building a coop for someone else
2