What breed is she? Purple skin, white feathers, and black spots.

Last March, TSC got a bunch of new chicks. In one bin they had Black Stars and Isa Browns. I got both of those kinds, but then they had tons of white chicks with purple skin and black spots. I asked their breed and TSC was clueless, they didn't even know what Black Stars were. They called them Hoovers. So I got two of the "unkown" white chicks. Theyre now a year old and lay brown eggs. They're decently friendly but not overly so. Their feathers aren't a snow white, but I don't have a white bird to compare the shade to. The black spots are small, being just tiny flecks on their heads and necks, then a little bigger on their backs. Their skin is PURPLE! I have black skinned chickens so I know what Black skin looks like, but these two are PURPLE! And their comb is single. 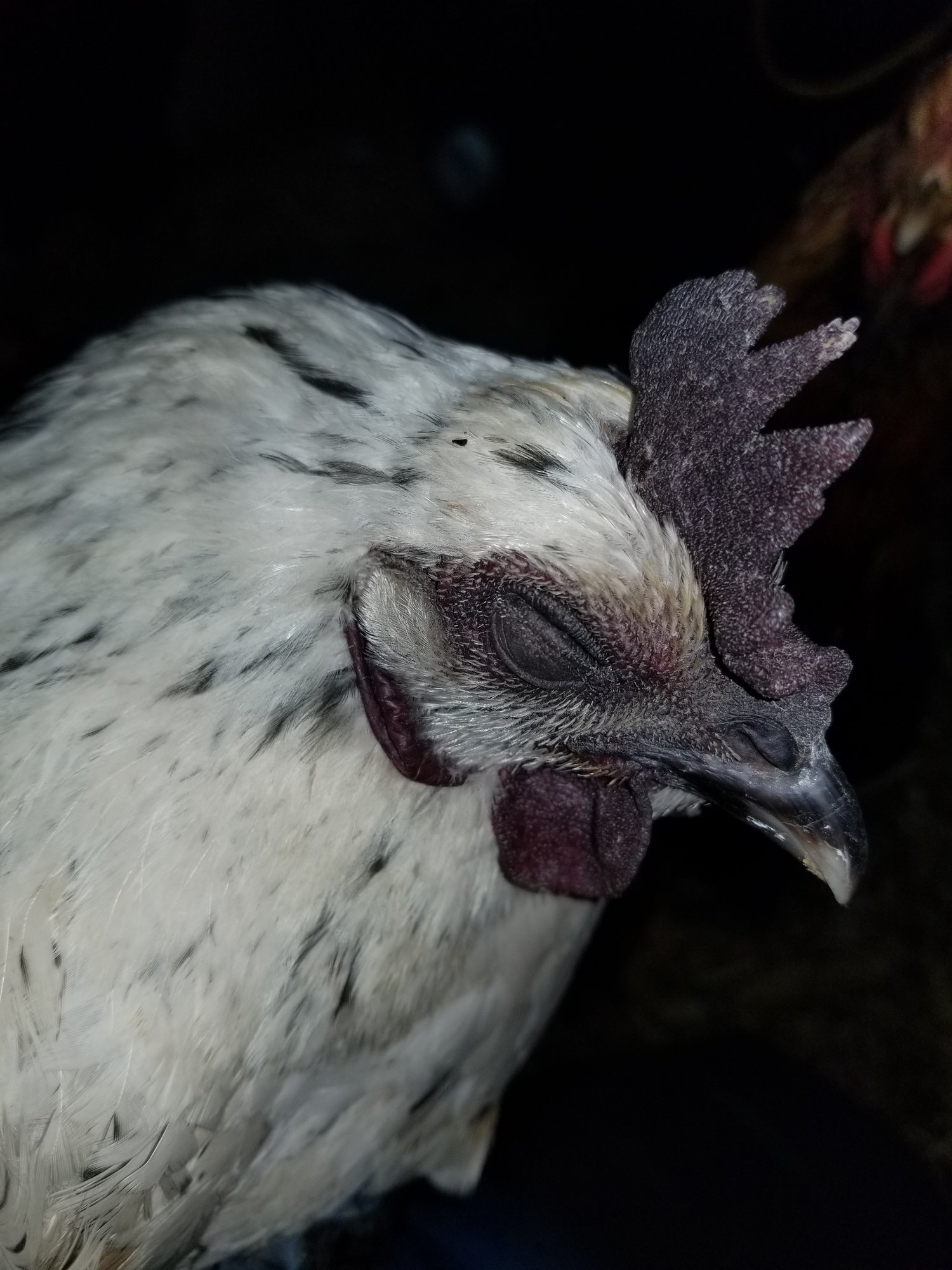 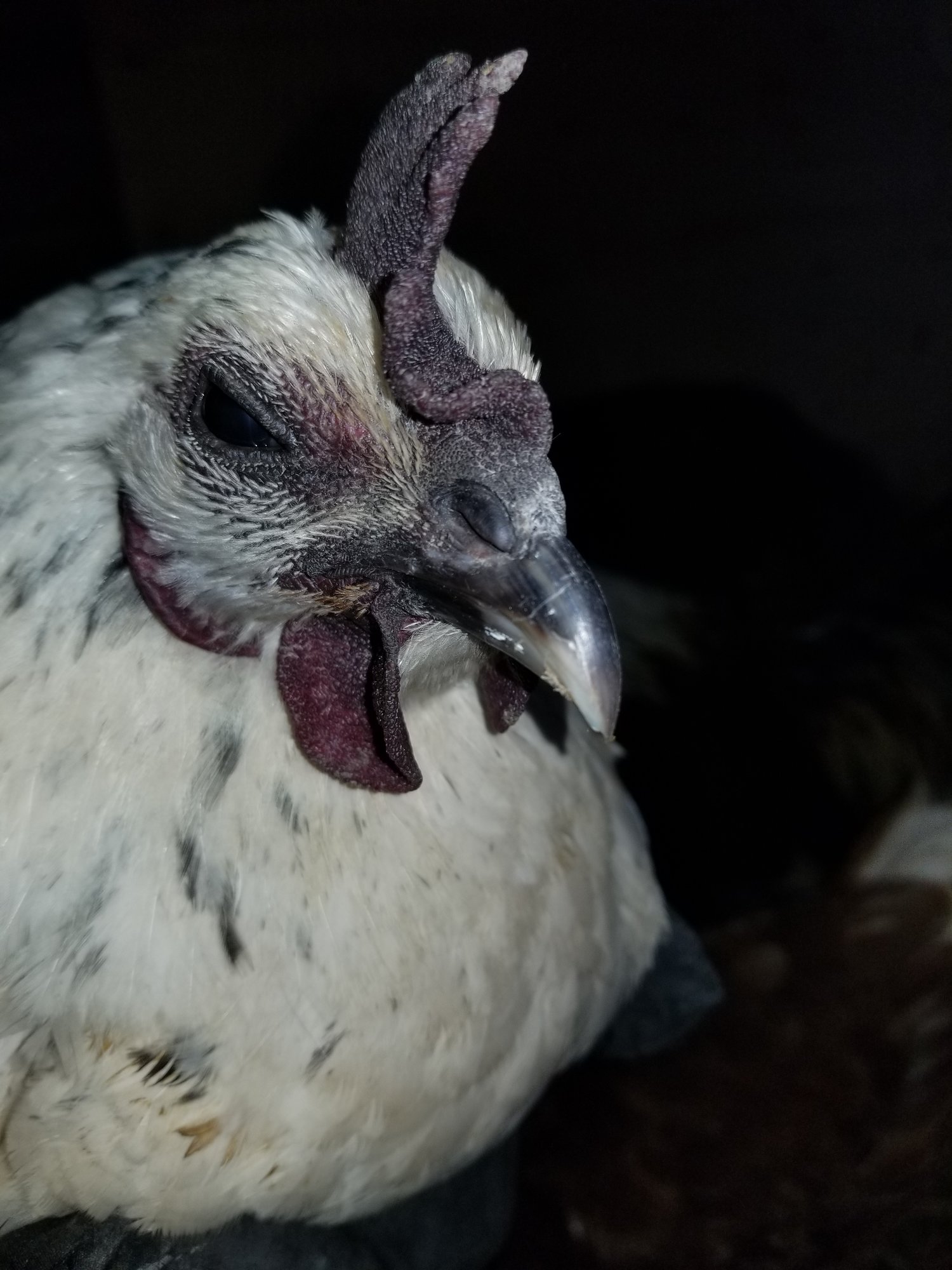 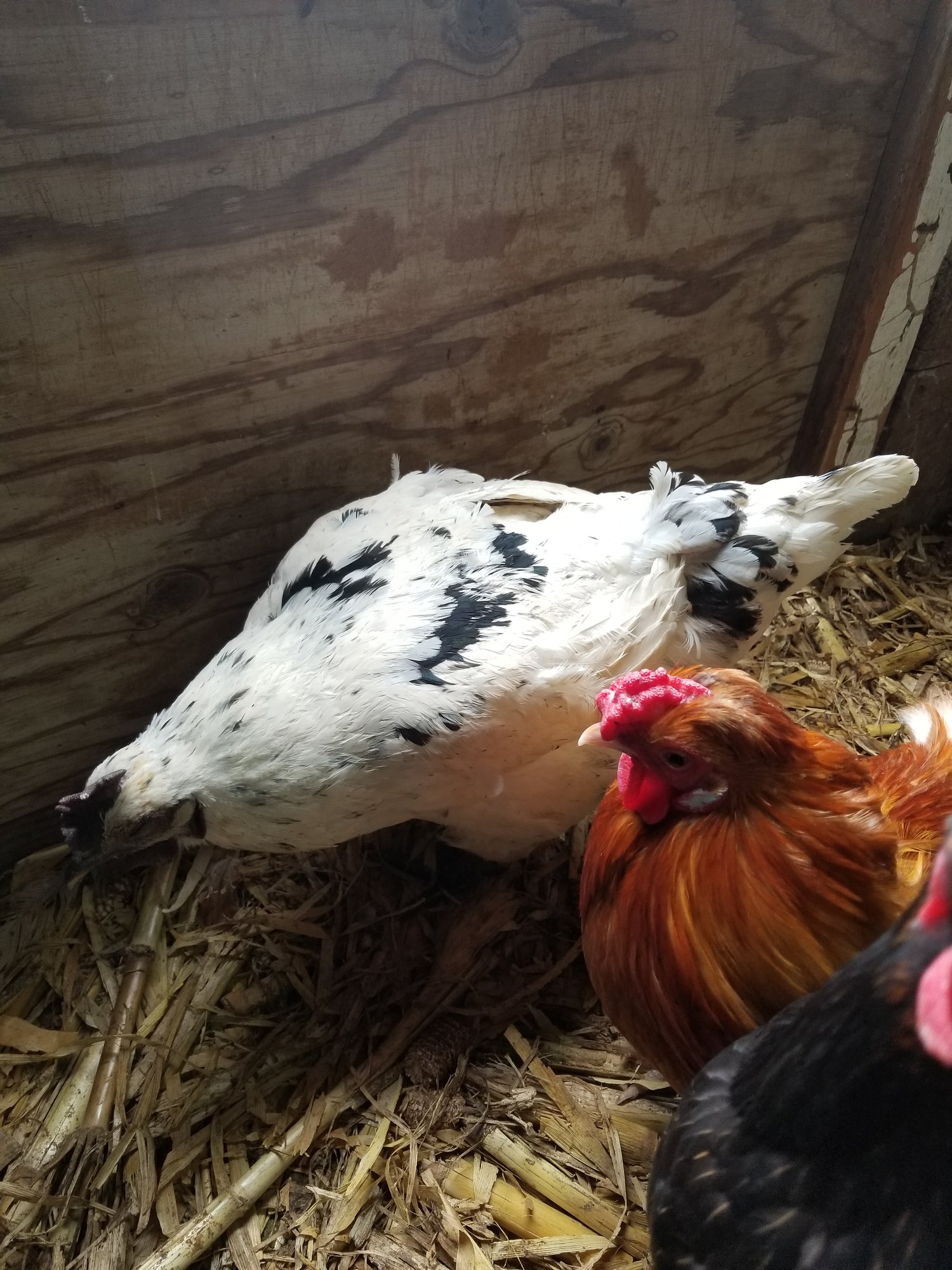 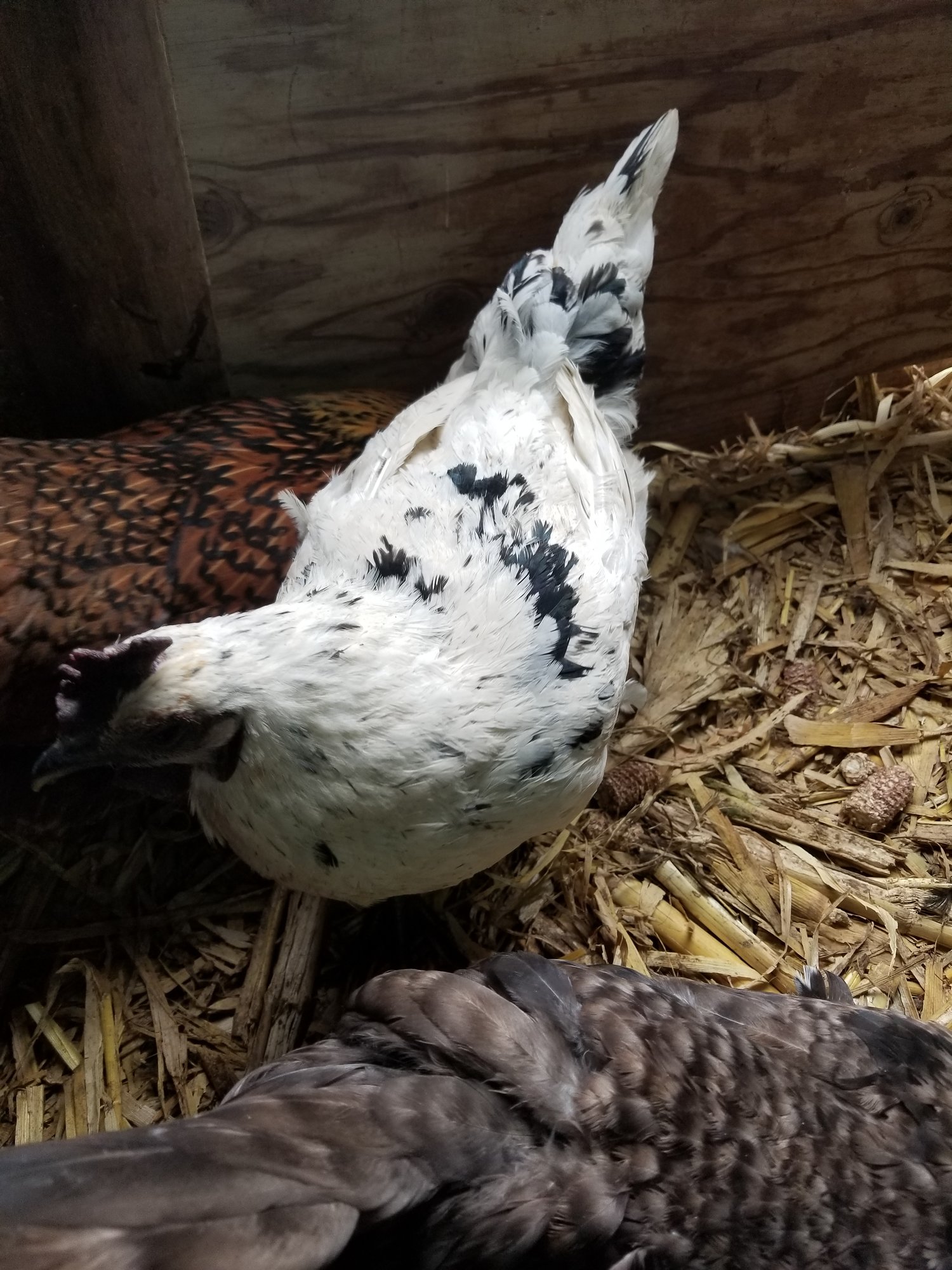 I have no idea, but what a beauty!

JenLiz said:
I have no idea, but what a beauty!
Click to expand...

Thanks! I love these two so much, I wanted more but TSC doesn't sell them this year and I can't find a hatchery that does either. I incubated one of her eggs, but I don't have a matching rooster so the baby turned out solid black LOL

How many toes do they have? Do they have feathered feet?

RoostersAreAwesome said:
How many toes do they have? Do they have feathered feet?
Click to expand...

Ah forgot those details - my bad.
They do NOT have feathered feet and they have 4 toes.

HuskerHens18 said:
Ah forgot those details - my bad.
They do NOT have feathered feet and they have 4 toes.
Click to expand...

They could be a mix of mixes with silkie in their background. Or they could possibly be ayam cemani mixes.

Wonder if they had paint Silkie in their background. Some silkie combs appear purple and crossing a breed with walnut comb with a straight combed breed - can produce funky combs

drumstick diva said:
Wonder if they had paint Silkie in their background. Some silkie combs appear purple and crossing a breed with walnut comb with a straight combed breed - can produce funky combs
Click to expand...

That does make sense.. gosh I hope I come across more like these, I love them to pieces. They seem pretty cold hardy, I had bad frostbite this year and neither hen got any! Tomorrow I will try to get pics of the other hen, she has a light brown tint on her throat. Which would lead me to agree they are mixed breeds.

C
What breed and gender is my black chicken?