What gender is this 4 1/2 week old MGB chcik

Hello! I’m going to agree with the majority of the posts above that it’s too early, although I’m leaning towards a male, since it looks to have some of that white/silver coming into it’s wings/back. I’ve also found with the varieties with black feathers, males with have more shiny/lustrous feather grow than the females will at that younger age before the colored feather grow in. I had a little brown red whose comb didn’t even start to grow until I saw those shiny male feathers popping in, which kinda bummed me out since I though for sure it would be a pullet!

Here’s two brown reds from this year, the light skinned one is 3 months in this photo, the dark skinned (the one I thought was a female!) is two months, both are males. 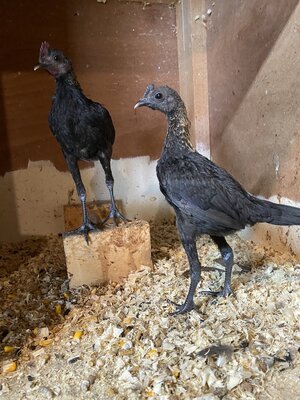 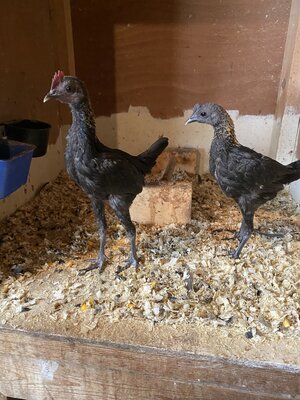