What kind of bantam roo am I?

He thinks he's hot stuff, just starting to crow. He's all hoarse and squeaky. He's super friendly, the first to run out and be held when we open the pen. <3 him!

Single comb, smaller than my Sebrights. As a chick he was chipmunk, light sandy brown looking with a black dot on top of his head instead of a triangle stripe, and two black stripes down his back. 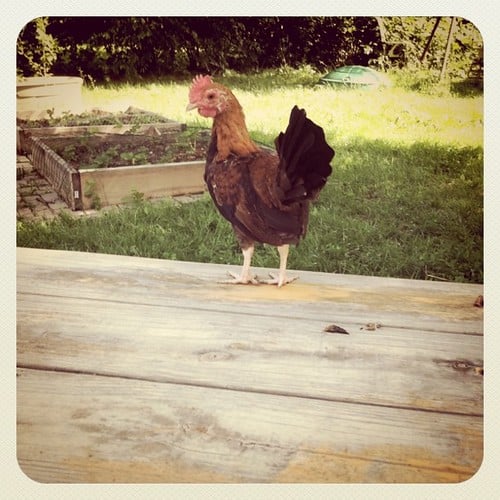 J
Needing help with sex and breed all bantam bin