I lost 6 of my pullets today and I'm wondering what might have gotten my chickens They don't free range, just a coop and run. The last day or two I was wondering why my chickens food was all knocked out of their feeders (which I hang off the ground inside the coop.) the chickens seemed fine otherwise, so I didn't spend too much time worrying about it. I had just talked to my husband about needing to reinforce all the chicken wire on my run soon, just in case, although there was no wholes. I went down to my chickens this afternoon and found one walking around in the field! Something ripped open the chicken wire on my run making about an 18x18 size whole and my other pullets missing! I have 6 older chickens and they are all ok. There's no injurys to any of them and there's no blood at all. There are feathers inside and around the coop but I see no other animal scatt or tracks. I've searched the field and don't see any chicken remains or feathers. Then I got a msg my neighbor found one of the pullets walking around unharmed in her yard tonight! So 2 out of my 8 have been found. We have coyotes, fox, raccoons, and have heard of mountain lion and bear but never seen them. I'm not sure characteristics of each animal and how they kill so wondering if any of you have insight on what it might be?

First off, chicken wire is designed to keep chickens in, but not keep predators out. Hardware cloth no larger than 1/2" should surround the entire coop & run. No gaps anywhere larger than 1/2".

Obviously, I can't be sure, but it sounds like a coyote took your pullets. If it was a coyote, it will likely return so you need to reinforce your coop & run ASAP with hardware cloth as above.

ETA: The hardware cloth also needs to be buried at least 1 1/2' deep around the coop & run to prevent digging predators from getting in.
Last edited: Jun 4, 2017

It sounds like a K9 is to blame. If not a coyote (which I don't suspect) then certainly someone's pet dog.

chickengeorgeto said:
It sounds like a K9 is to blame. If not a coyote (which I don't suspect) then certainly someone's pet dog.
Click to expand...

Can you tell us why you don't suspect a coyote?

Hi, I lost my roo and two hens to either a fox or hawk..am completely heartbroken,my remaining hens can't free range..new to byc, any suggestions would be appreciated

The time of day mainly and the size of the hole is another.

Several large animals can tear chicken wire, large dogs, coyotes, large raccoons, mountain lions, and bears for example. Bobcat and mink might be big enough, I'm not sure. Do you have badgers? They can tear hardware cloth too, the main advantage to hardware cloth is that they have more trouble getting a grip on it to tear it if the edges are secure due to the finer mesh. Chicken wire offers protection against a lot of the smaller predators but it is vulnerable to some of the larger ones.

That 18" hole is pretty huge. Most critters wouldn't spend any extra time tearing it after the hole is big enough for them to squeeze through.

Any of these predators can attack any time, day or night, but most of them are more of a danger at night. Some are more nocturnal, hunting mostly at night. Human activity during the day often keeps them away too, though a friend watched through the kitchen window as a bobcat took her rooster as she was washing the lunch dishes. I can't really totally discount any of them. A bear tends to smash things, not tear the wire, so they are really low on my list in your case. A raccoon or mink would not take the carcasses away or chase that much. A mountain lion or bobcat would carry off the carcasses, at least what it didn't eat on the spot, but I don't think they'd kill a lot of them. They probably wouldn't chase that many that much either once they got out of the run.

With the chicken feed spilled like that it's possible something had been coming around for a few days and eyeing your chickens, getting them upset and excited. Then finally it decided to attack.

I tend to agree with George. The others are hunting for food. A dog likes to play. I could see a dog get so excited about tearing the wire that it forgot about why it was tearing it. I've had dog attacks before. One time I found one dead chicken, another pile of feathers, but the other six just disappeared. That time was two large dogs.

It's possible it could be coyote but it just feels like a dog.

hennylover said:
Hi, I lost my roo and two hens to either a fox or hawk..am completely heartbroken,my remaining hens can't free range..new to byc, any suggestions would be appreciated
Click to expand...

Moat of us chicken owners started out the same way, losing our favorite chickens to predators. Don't give up hope, but just next time read a lot about how to construct a predator proof run around their coop. Top needs cover with hardware cloth too, not just a net. Zip tie or wire seams every 2-3 inches and overlap them. 19 gauge minimim, prefer 16 gauge. Put an apron around outside bottom too to prevent digging.

Thank you! I let them free range in my yard, that's how it happened, need to amend the pen,they know they're missing 3mates...I need to build a safe portable enclosure,any ideas? These are my babies

hennylover said:
Thank you! I let them free range in my yard, that's how it happened, need to amend the pen,they know they're missing 3mates...I need to build a safe portable enclosure,any ideas? These are my babies
Click to expand...

Large size advantek pet gazebo, completely enclosed in 16 gauge fencerwire, 1" squares on onside top is fine, but need 1/2" wide around panels since raccoons will reach in to grab birds. apron around bottom outside is 1 inch squates too 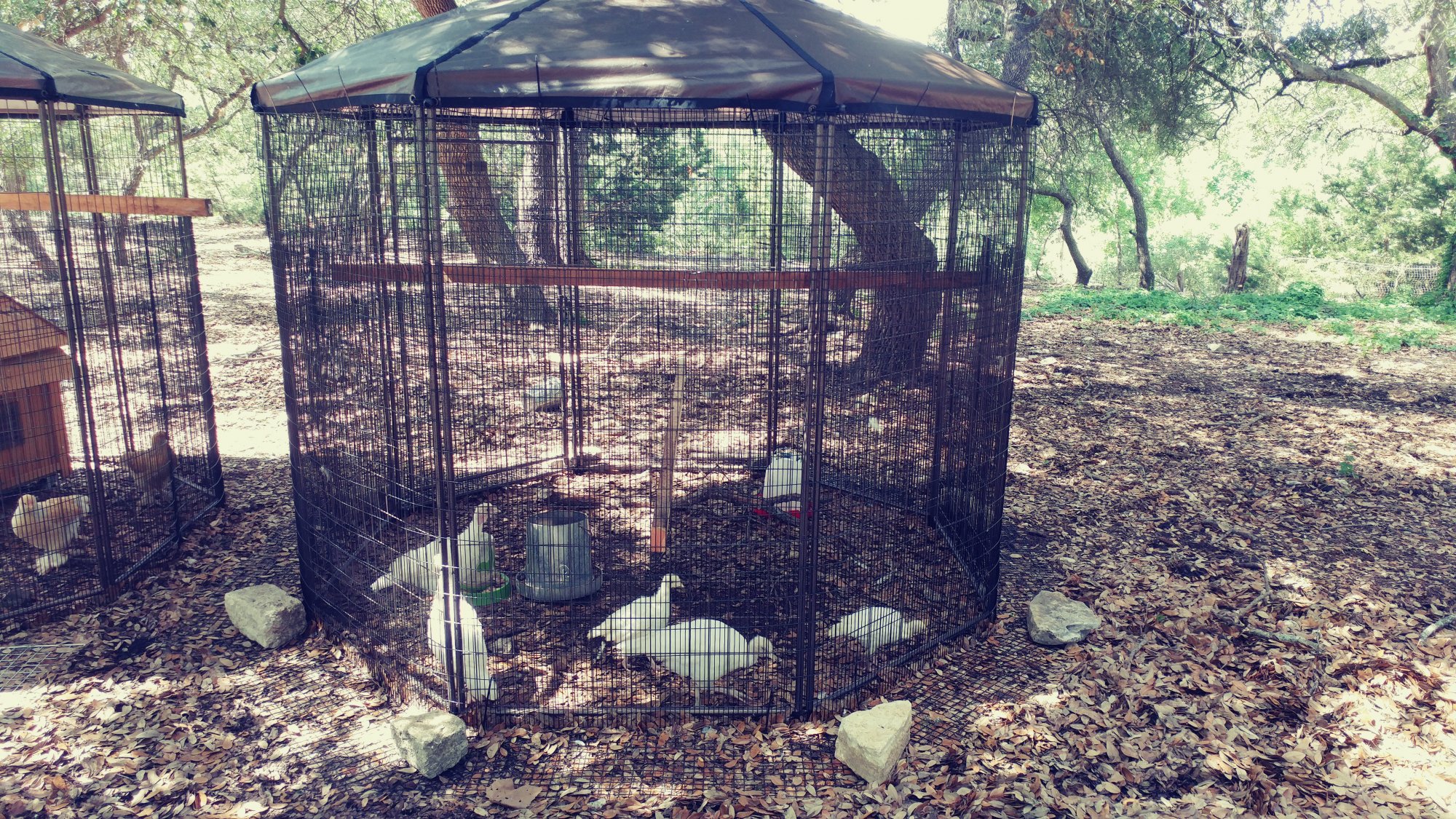 . With apron folded up, i can still move it to new ground every week. 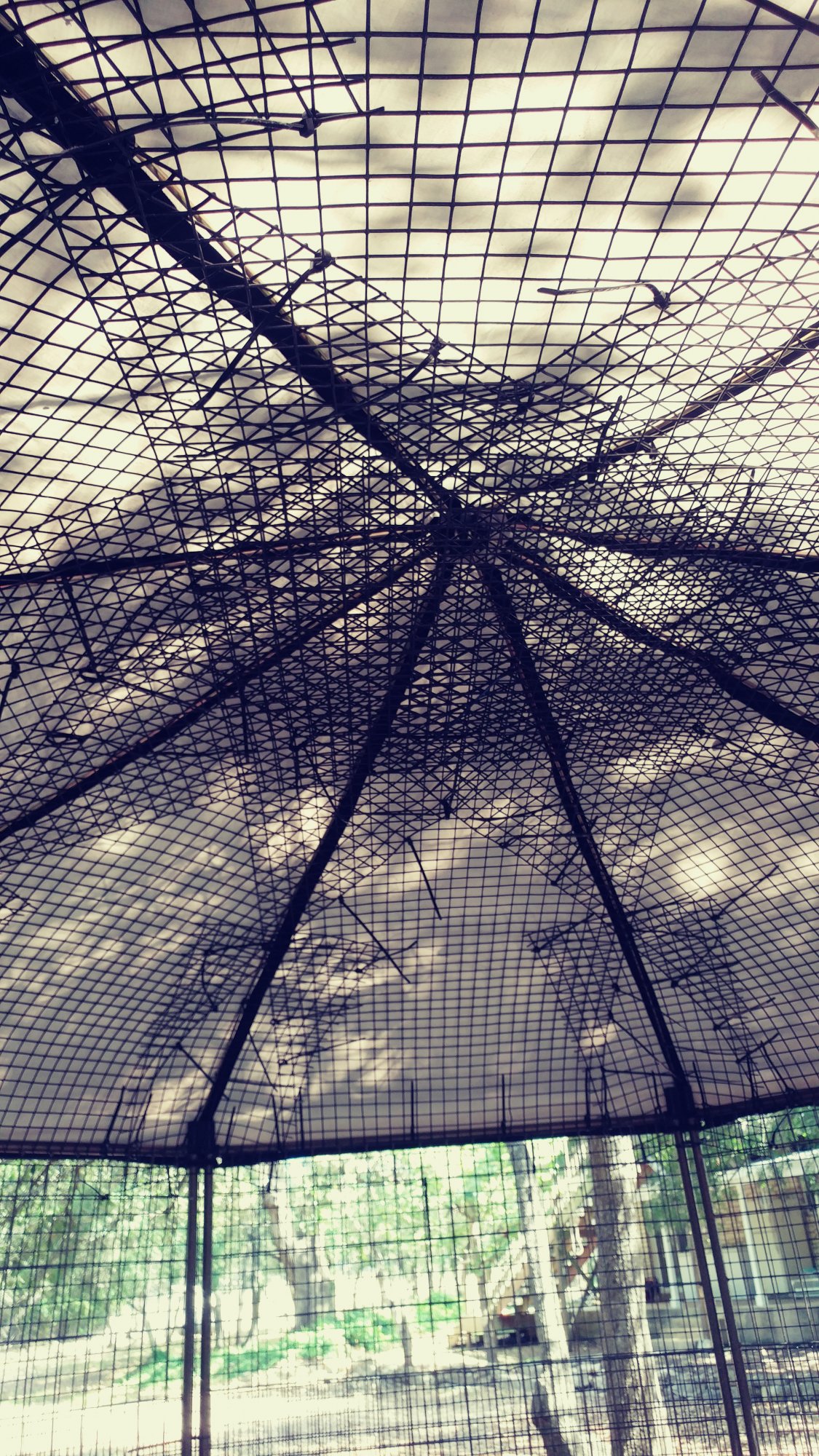 How do I kill ants in and around chicken coop?

J
Help me identify what killed our chicken please
2