What's wrong with this Buff Orphington chick from IFA?

We first got this batch of chicks to be friends with the two chicks we managed to hatch. Matilda, this Buff Orphington, seemed fine then. But perhaps I didn't notice if something was wrong because at the time we had two other chicks that were not doing well at all. Since we had to say goodbye to those two, I've noticed Matilda is low on energy. She peeps a lot and keeps her eyes a little closed. Neck rarely extends. She does eat and drink of her own free will but not much. She's growing, but not as much as Miss Honey (pictured in back for comparison) 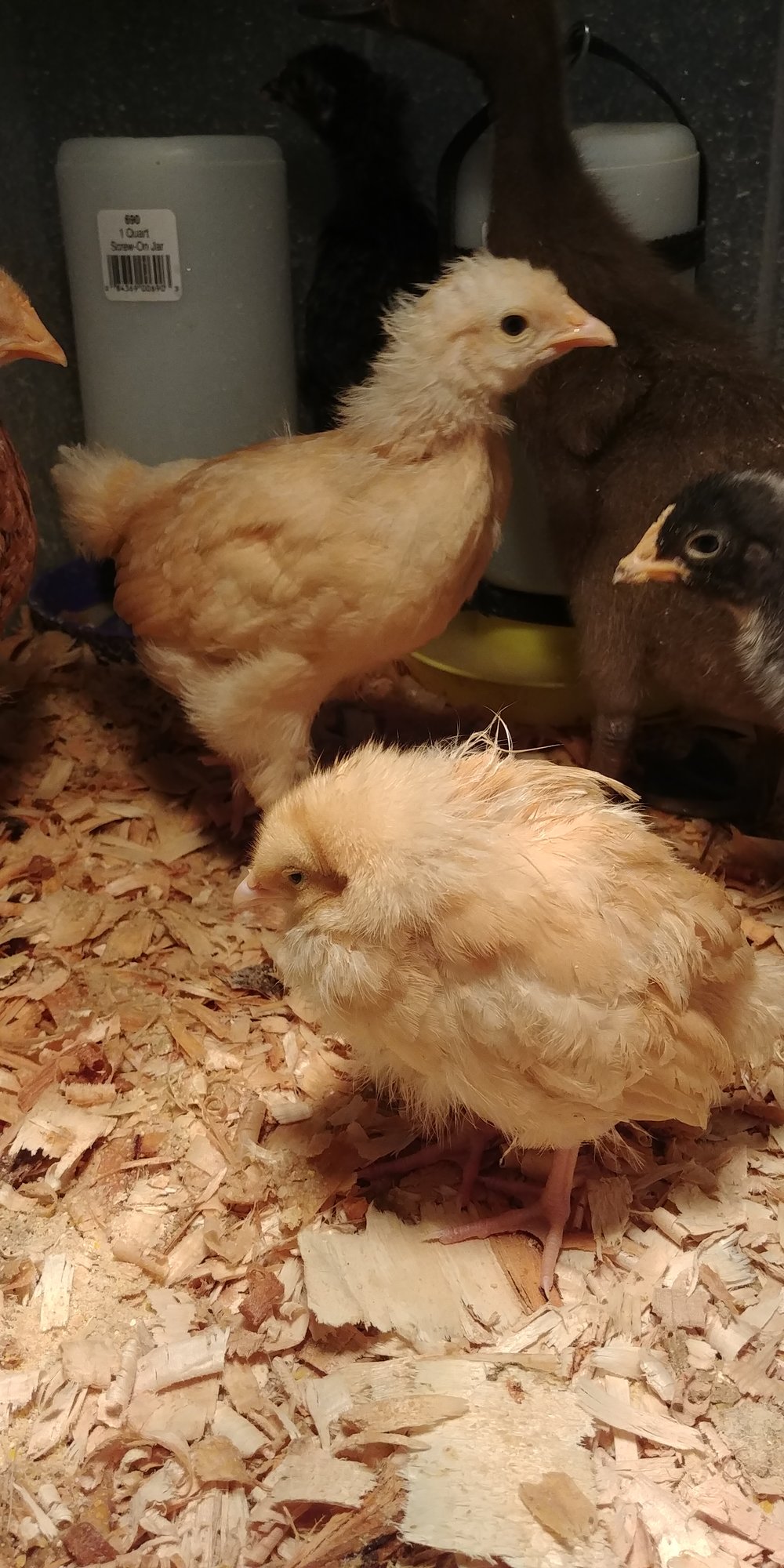 More pictures attached. She never had pasty butt. And at first she was much better off than the runt Easter Egger but now that's not the case.

Any diagnoses or ideas on how to help? I haven't seen a chick like this in all the years I've raised them. It's been about a week with no improvement (but at least no worse either)

Looks to me like something internal is wrong with it. Not all are formed correctly and they will fail to grow and eventually pass. I've seen it a time or two myself.

Her head seems to be a bit large in the back, maybe that has something to do with it. So, would it be best to help her along? Or try to nurse her?

You can try getting her to drink water by dipping her beak for a second, and repeating it. Give Poultry NutriDrench 2-3 drops slowly. Keep her warm. She looks pretty bad though, and OHLD has probably explained that.

Does her head feel puffy like air in the back?

No puffy head. But she does seem a lot worse today. I have dipped her beak a few times throughout the week.

I would dip her beak several times an hour. Electrolytes and vitamins can sometimes help.

Ok so I didn't want to give up on a 3rd chick this year. But also didn't want to go out and get into any major supplies or intensive care. So I put some brown sugar in some water and dipped her beak in that a few times daily. She is acting much more like a chick now! Pecking around, scratching in the sawdust, and such. Good signs! I tried to tag a video from my farm's facebook page but it won't work so here's a little picture. Thanks again for the help! 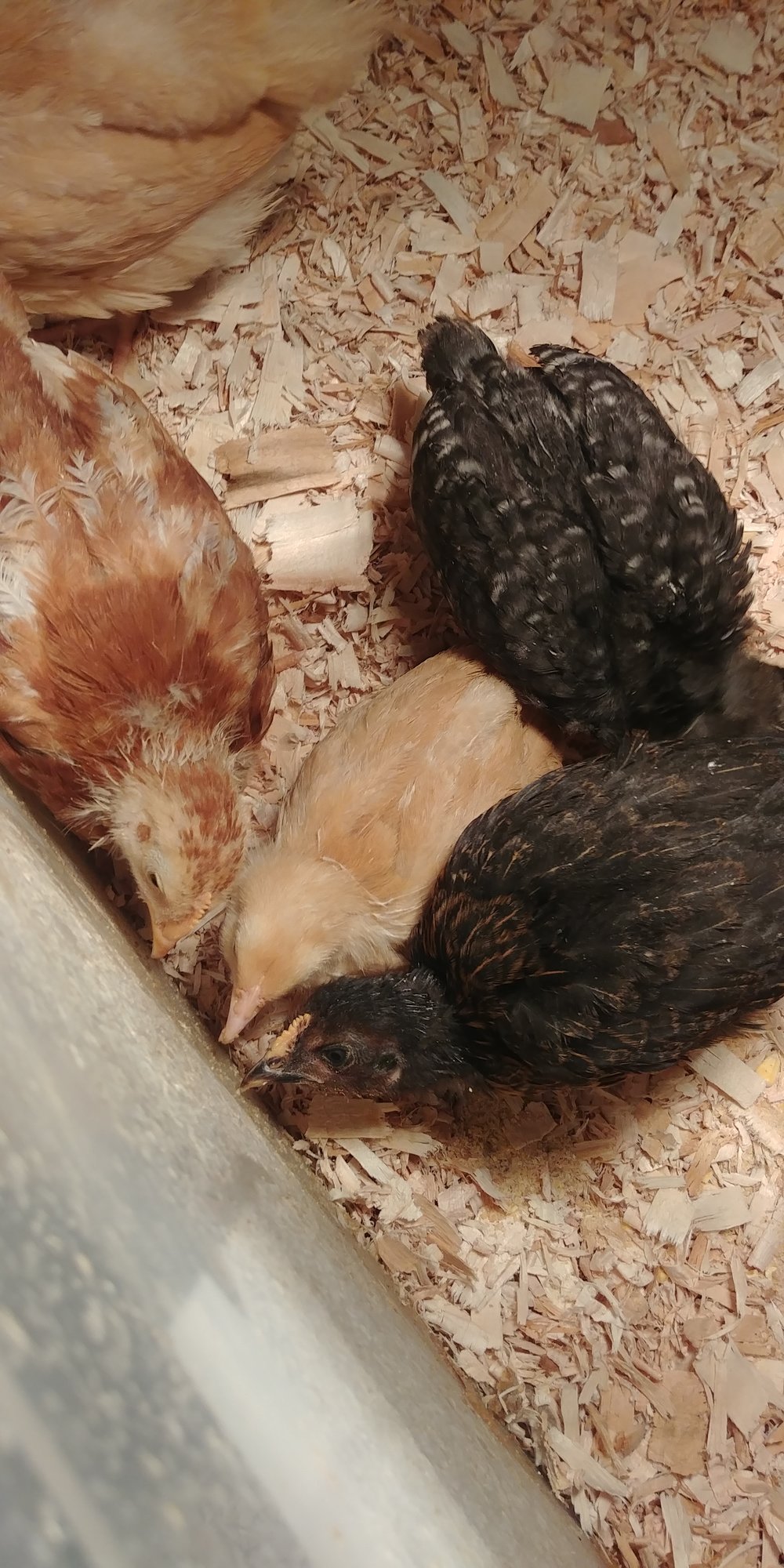 That's good to hear. She must have low blood sugar. I always put some brown sugar in my chicks water during the first week for a quick energy source. Hopefully she hangs in there.

oldhenlikesdogs said:
That's good to hear. She must have low blood sugar. I always put some brown sugar in my chicks water during the first week for a quick energy source. Hopefully she hangs in there.
Click to expand...

I have a sick hen in my room here, sour crop,

J
Baby chick not growing the same and now not able to walk.