Where to keep the food and water??

They don't need it at night, but will be awake at first light every day, ready to eat

We keep the food in the coop, but the water is outside in the run.
C

I would not leave any food out at night... it's like putting an advertisement out for predators.

Chickens cannot see well enough to eat in the dark. If you have a lot of light on in the coop at night, they may come off the roost and eat or drink, but they do not need to. Baby chicks with a broody do not eat at night. They don't need to.

Chicken feed is going to attract mice. It will attract other animals too, but mice are extremely difficult to keep out of a coop, let alone a run. Some people put the feed away at night in an effort to keep mice away, but the chickens have probably spilled enough feed in the bedding or the run floor to attract mice. Where do you want the mice, coop or run?

If you let them out soon after they wake up the feed and water can be in the run. If you sleep in on Saturday's in the summer, it probably needs to be in the coop. If you go on vacation, can your chicken sitter be trusted to let them out pretty early?

If you feed and water in the coop, the chickens will spend more time in the coop. They poop a lot, wherever they are. For coops with lots of space, this may not be a big deal, but for those coops with just barely enough room for the chickens, you may wind up having to manage the poop in the coop more. Another reason to have more than the absolute minimum space per chicken in your coop.

Chicken feed needs to stay dry. You don't want it to get wet and moldy. Can you manage that in the run?

Good luck with the decision. I don't think I made it any easier for you.

I have waterers both inside and outside. I have a permanent indoor food station. Outside food is in dishes that get picked up every evening.

Hello! I've tried it both ways......With the food, I'm always sorry when it's in the chicken run because they do spill it, and it eventually gets wet and spoils and then you've got a horrible stench!

So then you will end up scraping and shoveling that area to get that nasty stuff up. It's awful!

Water is another thing....I like to keep fresh water inside and outside.

My chicken feeders are sitting on wooden crates, which put the food just at eye level for the hens, and so they can't scratch in it and waste it.

Some coops are really meant for just night time sleeping though.....Mine's got plenty of room, so I set the food up inside.

I keep my feeders inside the coops. I have auto waterers too that I used to have inside the coops until one malfunctioned and the coop flooded so the waterers are now on the outside of the coop. I put a flock block out side to give them something to peck at. 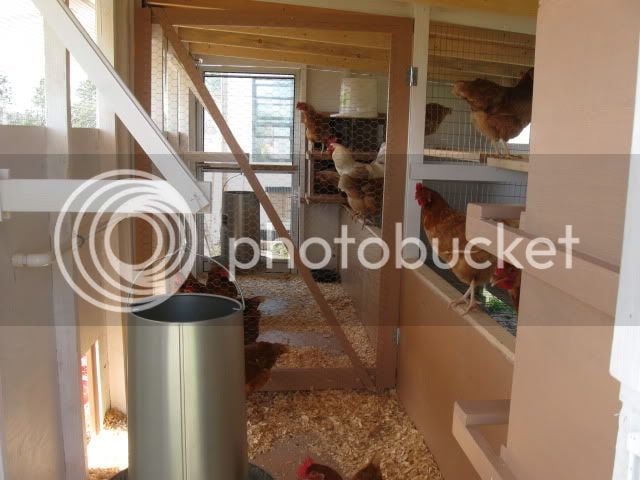 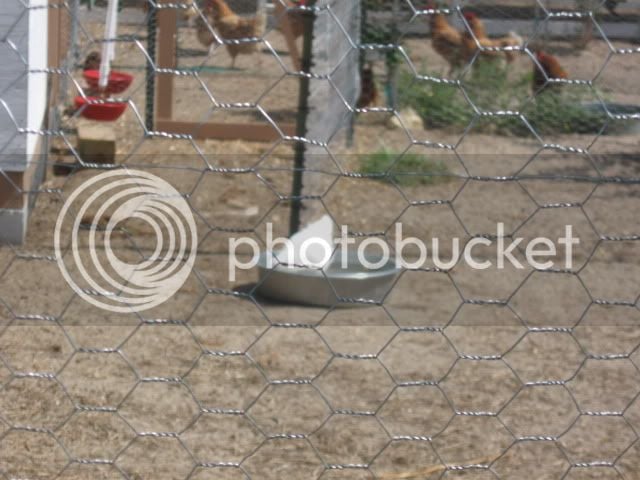 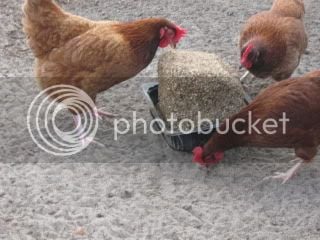 Thanks for the replies. I think with the days getting warmer....I will transition to food/water outside. My husband will be adding on to the coop this fall to incorporate an indoor feeding/watering area for the winter, but for now I am going to try to keep it outside.

cmon....that is an awesome set-up you have there! That flock block is a great idea....I am new to raising chickens, so I am amazed at how my chickens can graze the entire yard.....appearing to eat all day....but when you put the food in the feeder....they eat like they are starving!!

Do you keep food and water in coop?
2

H
Where to keep the food and water?

Do I need to put food and water with my chickens overnight?

Chickens are pooping in the feeder.

H
How long can 12 week old chickens go without food/water?