Why Aren’t My Quail Developing?

My quail chicks are now 23 days old and we’re still having a very bizarre development process with them all. Seeing pictures of everyone’s Coturnix chicks have them almost adult sized and plumes by 14 days, but my clutch are still looking extremely similar to when they were a few days old.

A lot of signs are telling me that there has to be some sort of deficiency, but I can’t tell what I’m missing! They’re eating constantly and are eating a larger variety of feeds than ever before, and yet barely any progress has been made.

I physically cannot think of what I could be missing. And yet as their growth remains slow, various health issues have occurred.

Plum’s neck kinked, which is assumed to be wry neck. I added the multivitamins and sunflower seeds during this time which have done nothing to fix the issue. Luckily they’re running around fine and eating and drinking without issue.

Peach’s toe died. I have no idea how. It went necrotic and has shrivelled up, fortunately it hasn’t affected their walking, but I don’t know the cause. My guess is that in the first week or so the chicks were quite vicious regarding pulling each other’s toes that maybe it got damaged to such an extent that I didn’t notice?

And the latest incident; Chip suddenly stopped walking. One afternoon they were running around the cage and then 30 minutes after I put them to bed they were hunched over shivering in place, nowhere near the heat pad. An emergency trip to the out of hours vet got me a shrug and some antibiotics on the potential that they could have septicaemia, even though we both checked them over for injuries and found nothing. Fortunately, they're still alive and eager with life right now. However I still can’t get them on their feet, and their toes are now curling. I tried 4 different attempts to straighten their toes using ‘shoes’ but they keep knocking them off and I’m now just straightening them manually every day whenever I bring them out.

Basically, these quail have been stressing me out a LOT. For all these things to be happening, there HAS to be a cause right? I can only think of deficiency being the underlying factor, but as they all eat so well I don’t know what it is I’m missing.

Could there be such a thing as bad genes in quail growth? After all these are the clutch I bought under the false assumption that they were buttons only to find out they were Coturnix 2 days before they hatched. I genuinely don’t know what I’m doing wrong. 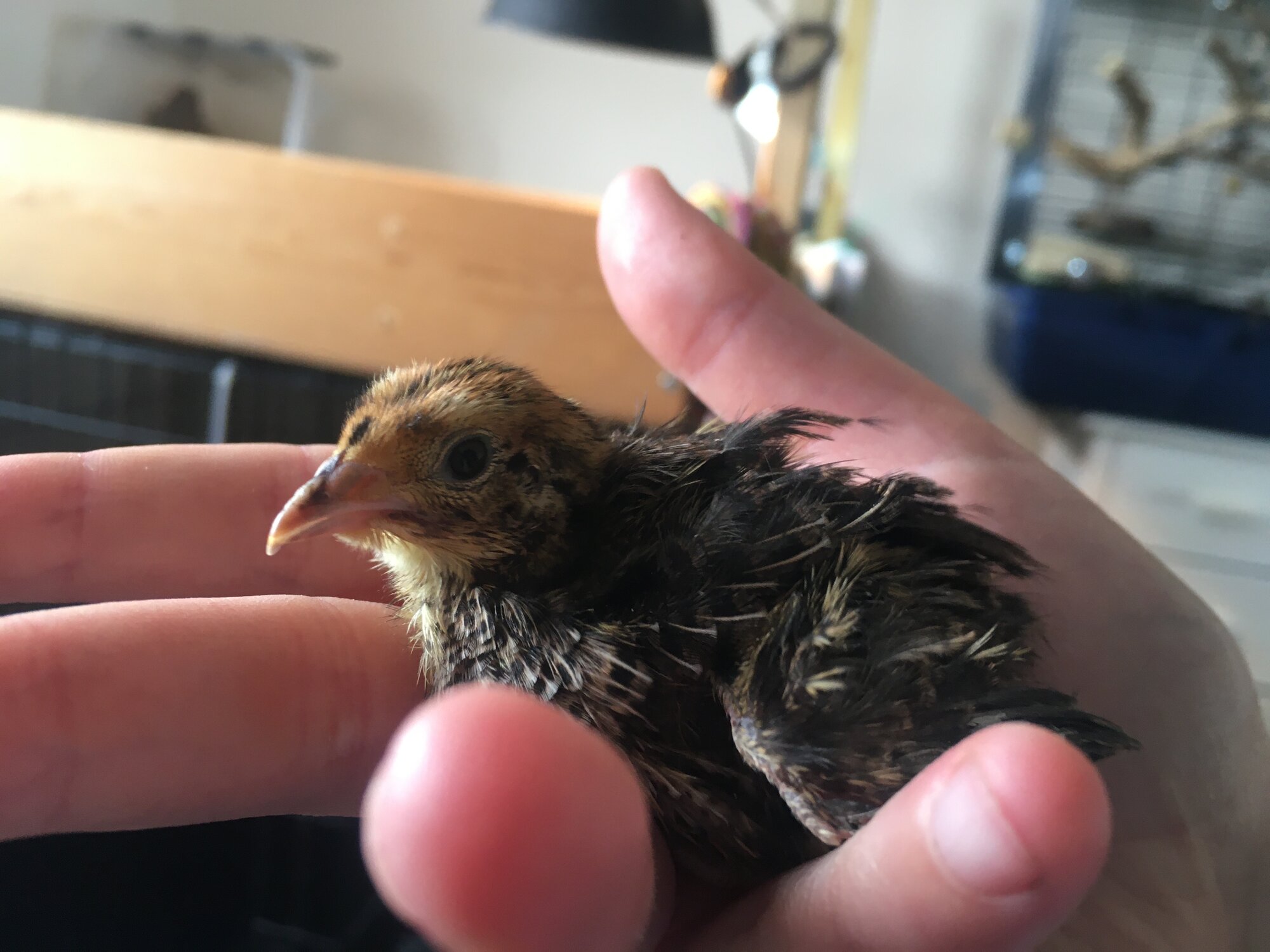 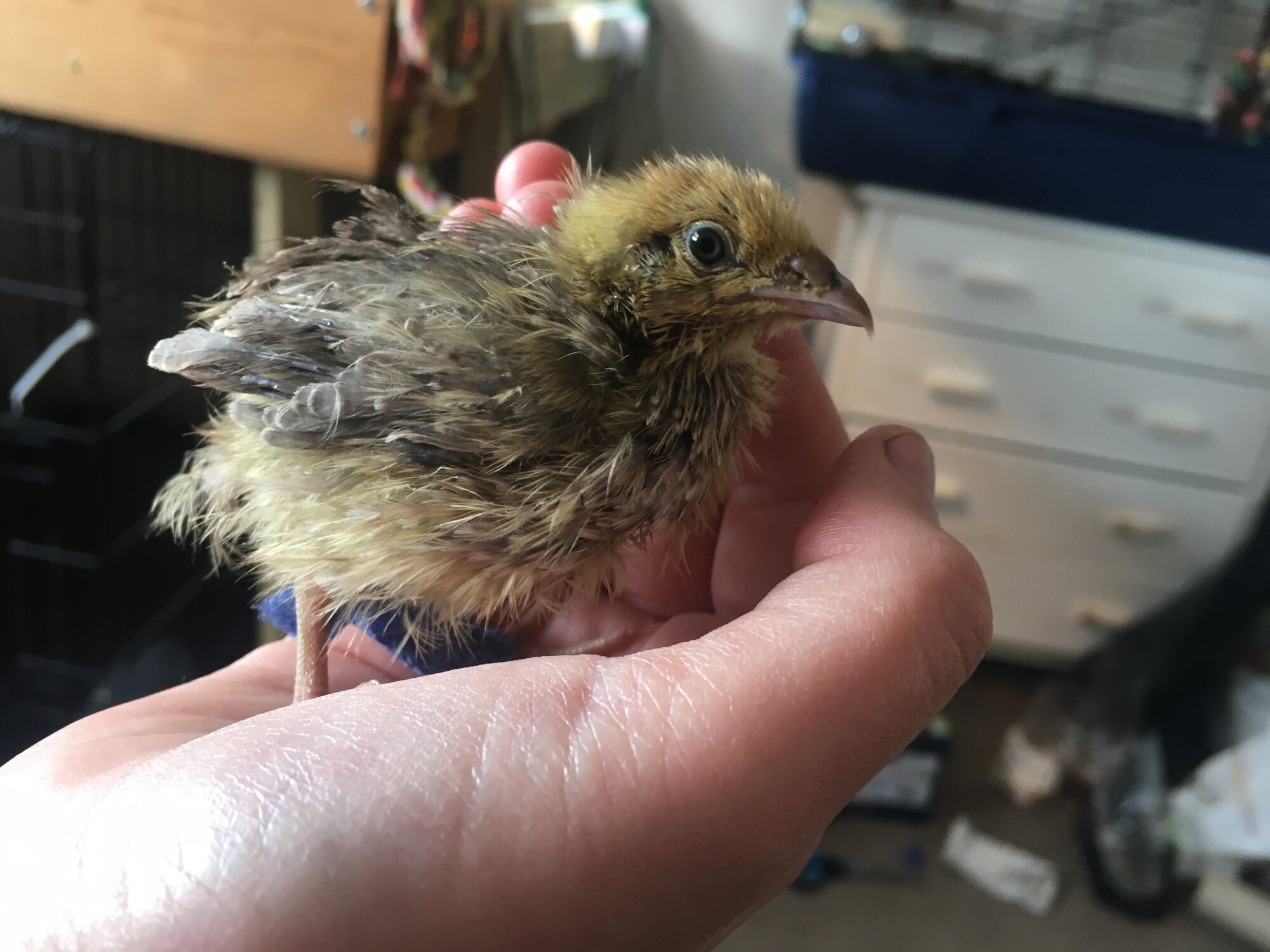 Rocky (he's had his underbite since birth): 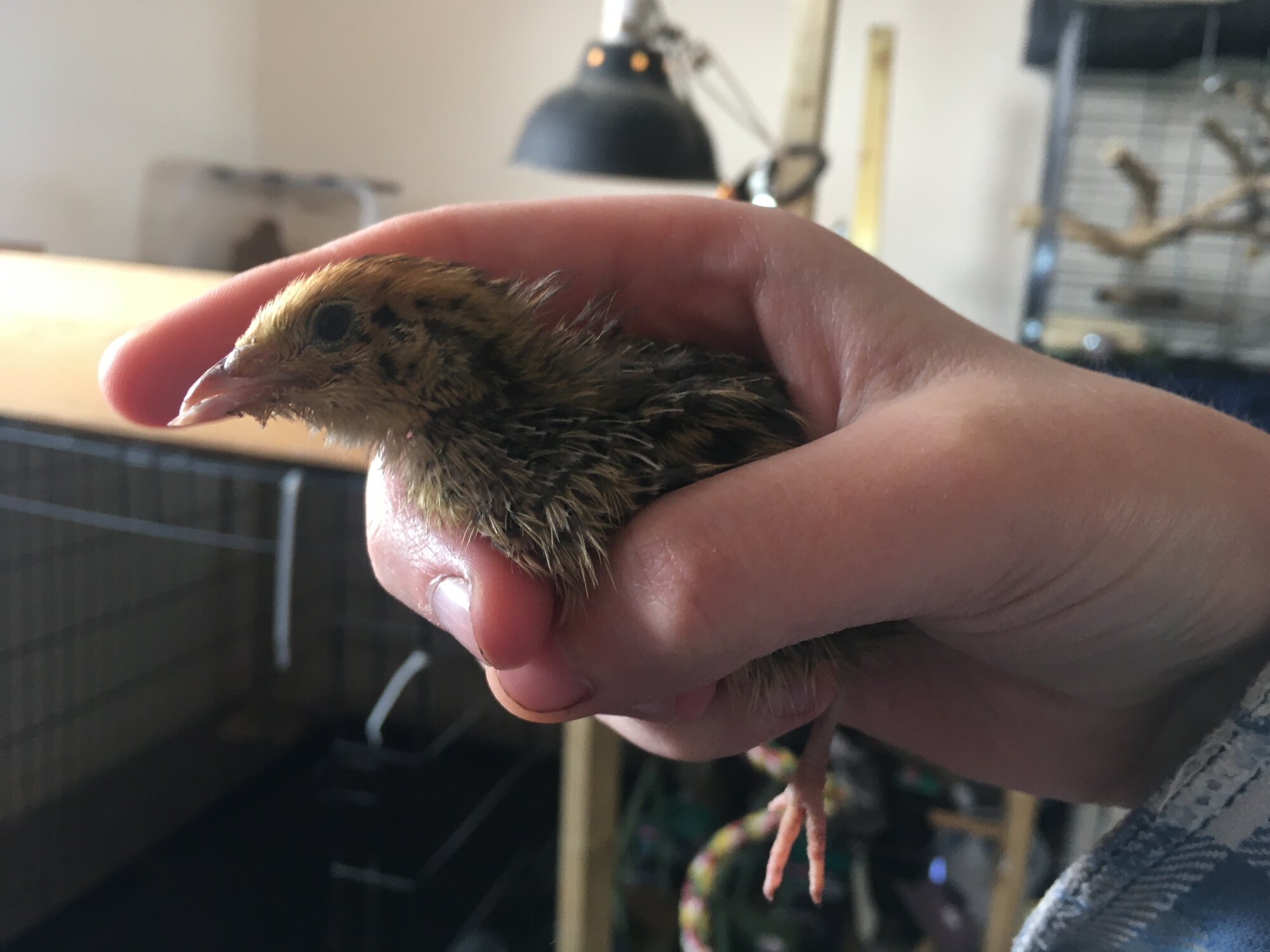 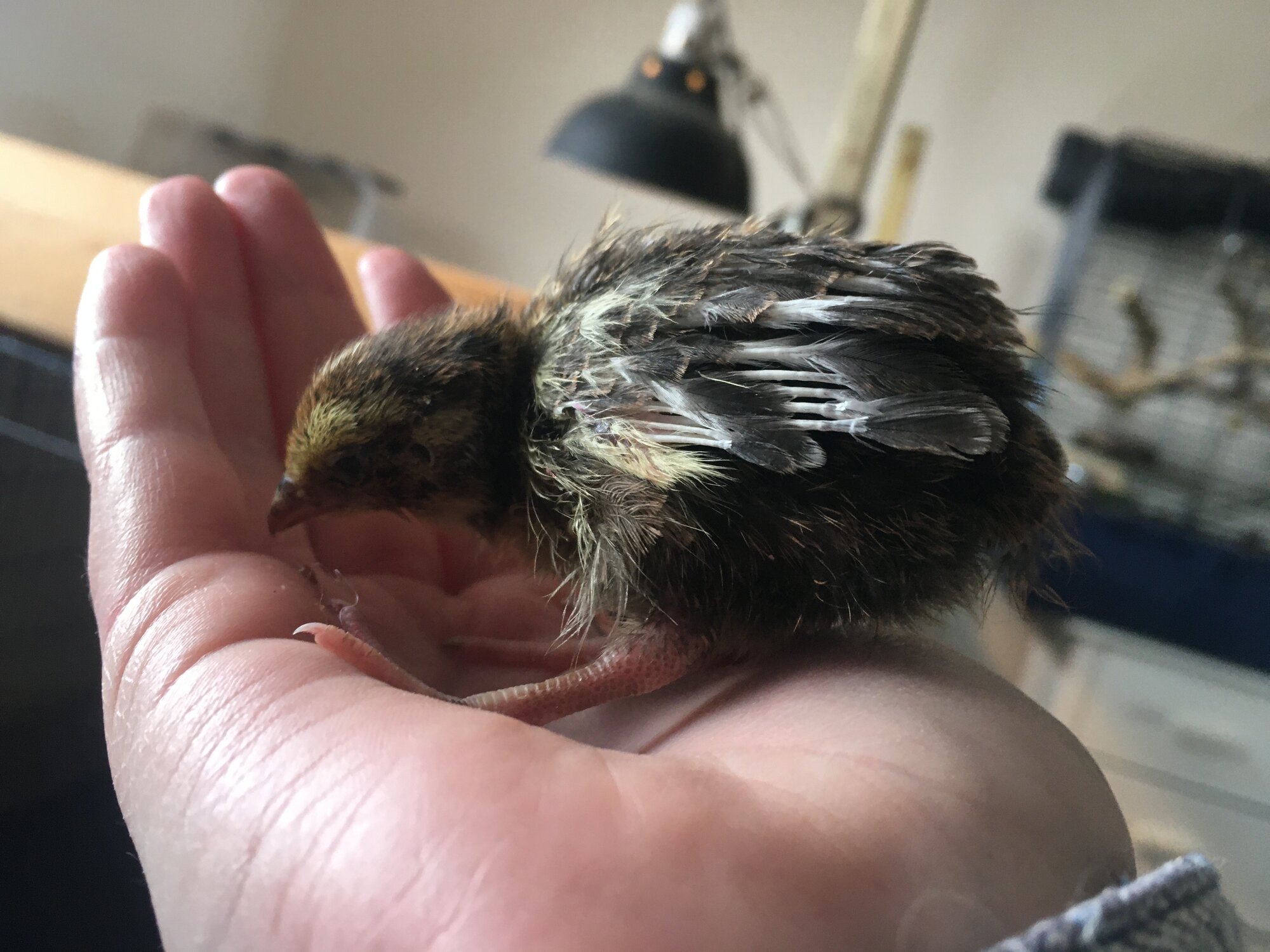 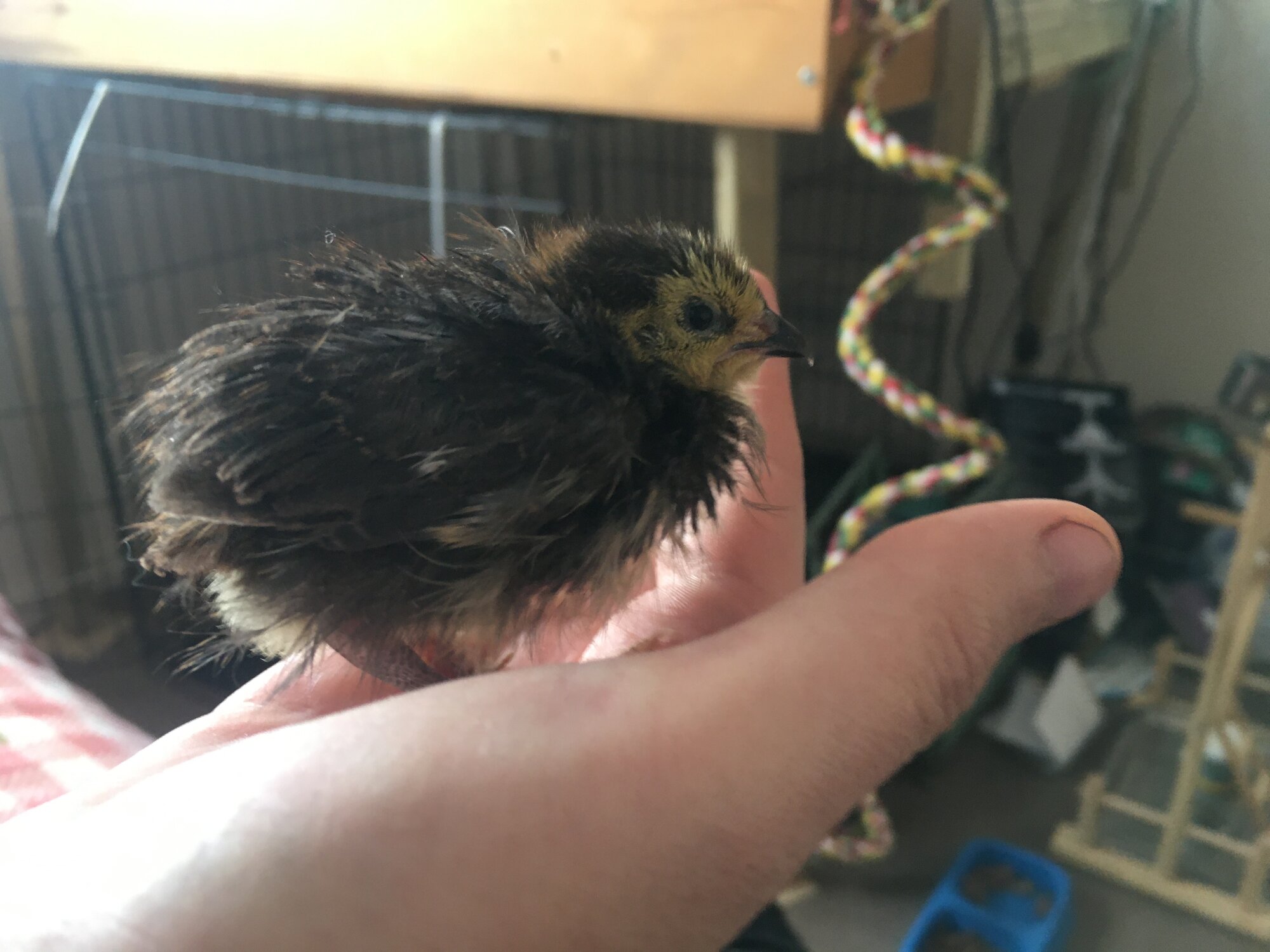 Dot (literally the only one that resembles a quail at this point): 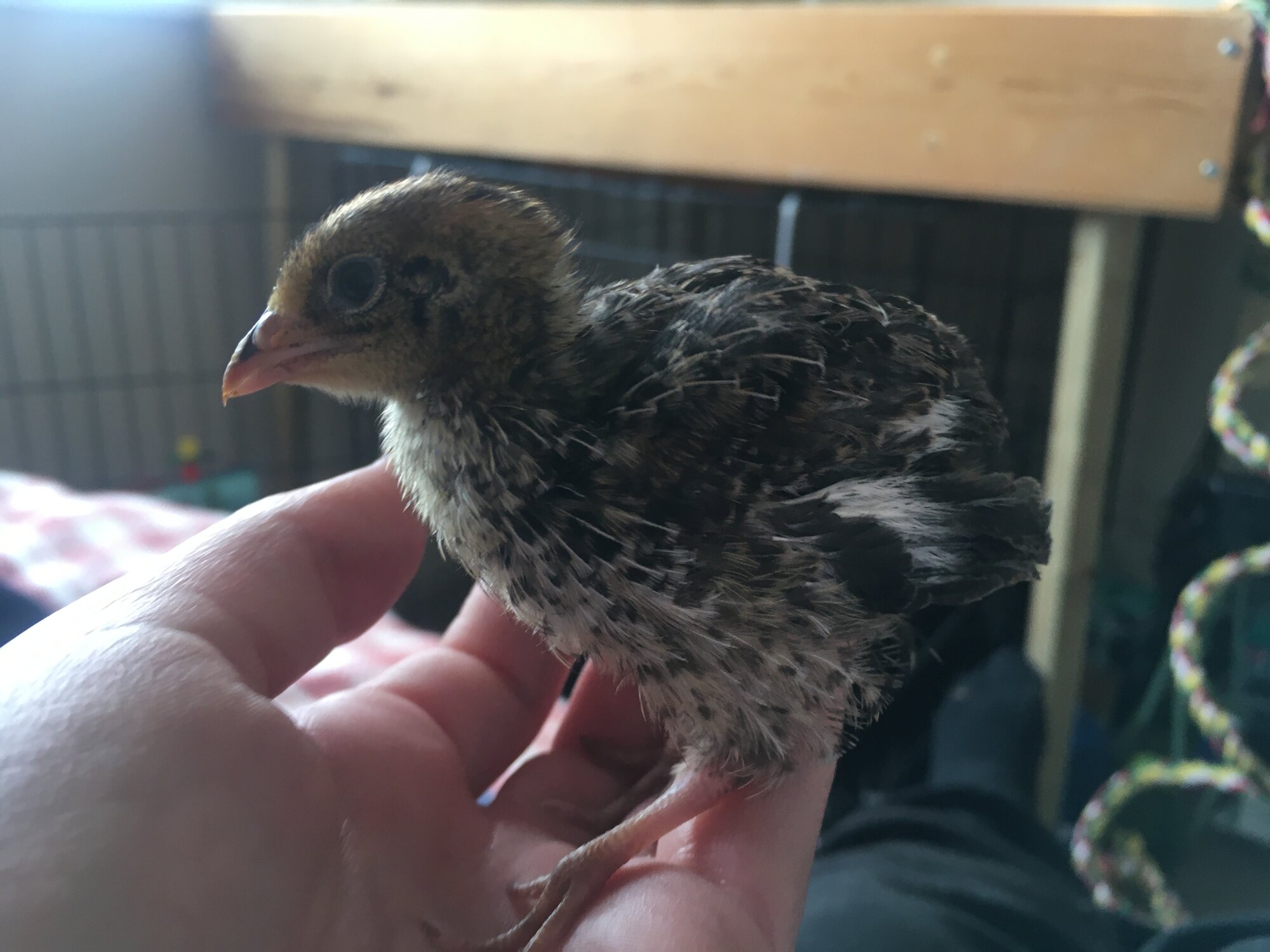 I wonder if it’s nutritional. My birds get starter that’s comparable to yours. But none of the other stuff you list, except maybe a mealworm or two.

I'm sorry your quail are suffering.
Here's a picture of the nutritional breakdown of what I'm feeding. See if you can find any differences. I remember in an earlier thread you mentioned that their brooder was running cold, maybe they were spending too many calories trying to stay warm to grow properly? That might also explain why they were so cuddly. Did that stink get figured out as well? I'm wondering if that might be related somehow, now.

I would think something genetic related at this point. Wry neck is often a neurological issue. Where did you source your birds?

Have you tried the Sav a chick electrolytes and probiotics for their water? Maybe cut back on all the extras but the starter feed? They do seem to all be growing very slowly and it seems to be as you said, something nutritional otherwise they would have other symptoms I’d think? Where are you keeping the brooder? In your house? Outside? Garage? What is their bedding? Are they getting grit for digestion since they’re getting stuff besides starter feed? These are the things I can think of, not trying to sound like you don’t know what you’re doing! I would be stressed out too if I were you!

How does their poop look? They certainly look thin and malnourished. What type of starter feed do you use? I would suggest cutting out all but the starter. I looked up egg food mix, and it seems like it might be dehydrated scrambled eggs? Looking at several varieties online, they look to have milk, which Quail shouldn’t have. If you offer eggs, offer real scrambled eggs if possible, with no additives. Did the vet test their feces for parasites when you took them?

Also can you try a different starter?

This is what mine get and I only give them this till they’re 3 weeks old...then they get a couple mealworms and some seeds. Maybe try this? You can get from Amazon...

First off, cut out all of the treats and just feed the crumble. That should be nutritionally complete, and all of the extra stuff that you're giving them isn't helping.

Can you give us a picture of your setup? Are they still under heat? They shouldn't be under full heat by this point.
P

Nabiki said:
First off, cut out all of the treats and just feed the crumble. That should be nutritionally complete, and all of the extra stuff that you're giving them isn't helping.

Can you give us a picture of your setup? Are they still under heat? They shouldn't be under full heat by this point.
Click to expand...

Here’s the set up. 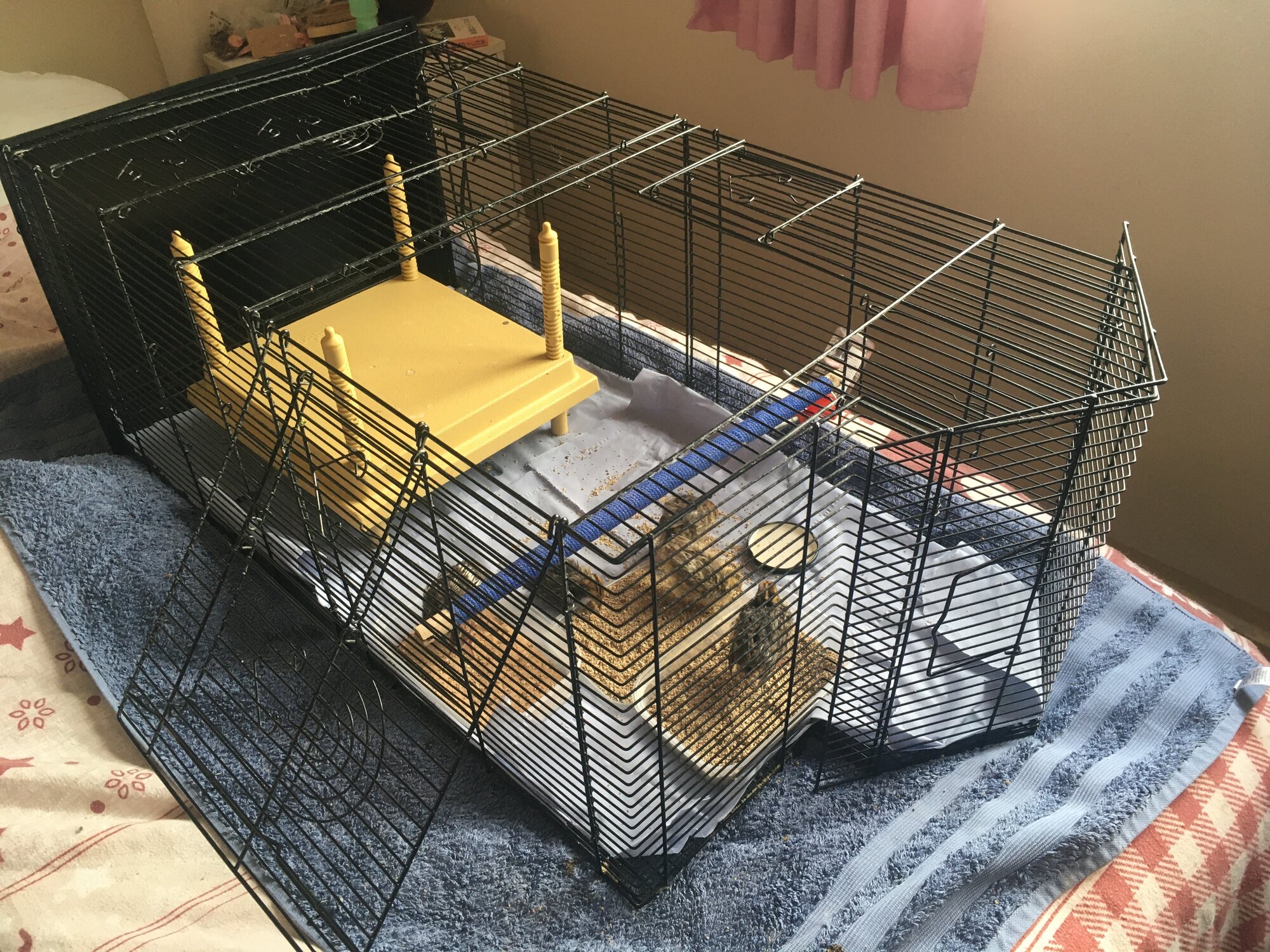 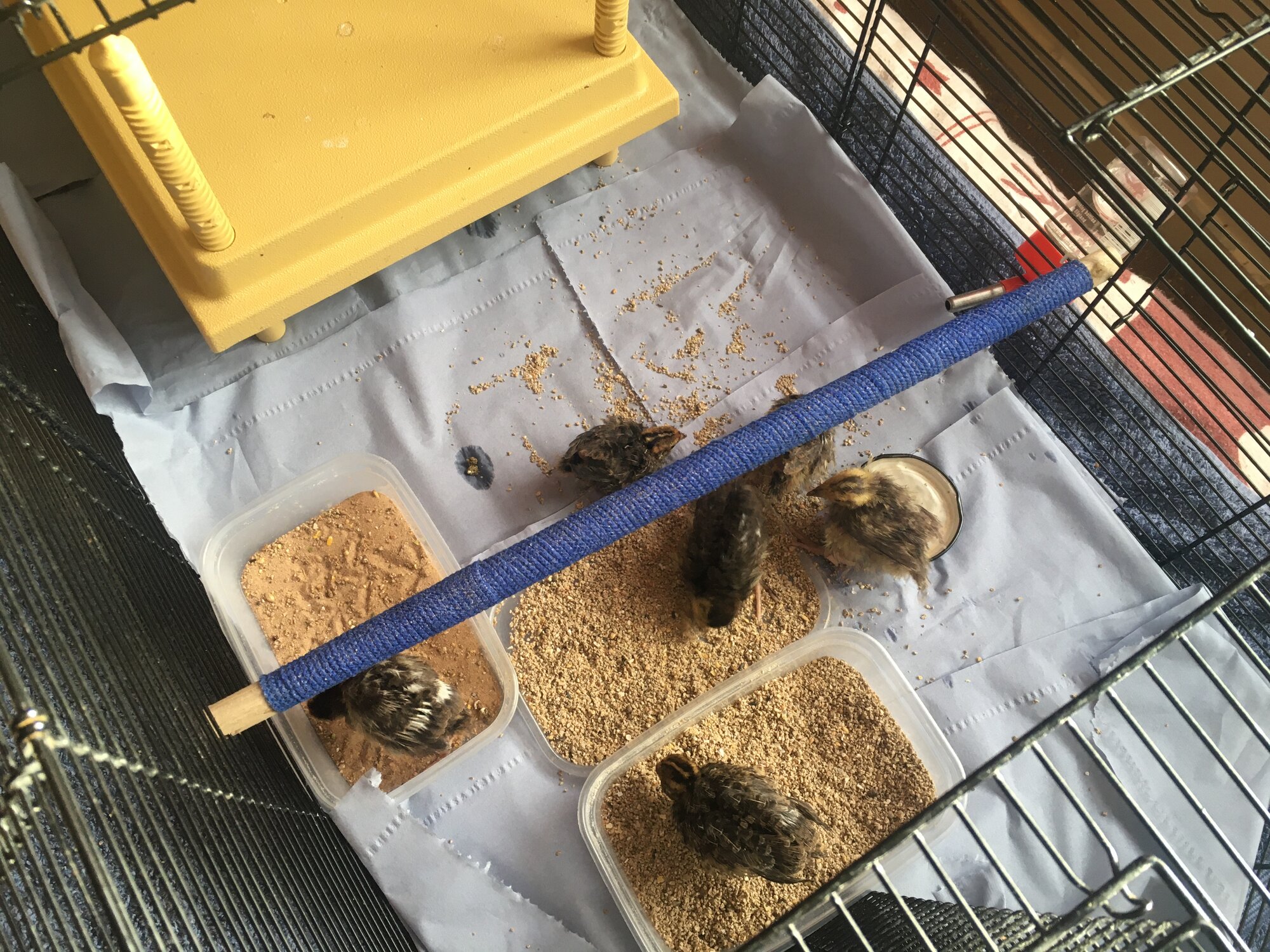 They’re on less heat than they were, no heat lamp only the heat pad, but they’re usually out and about all day and mostly go under to have a nap or in the evenings.

The extra stuff I was adding was literally because they were originally just on crumb but weren’t growing, so I kept adding more protein sources to try and up what seemed to be lacking. Then Plum got wry neck, which is why I started adding more vitamin related foods to try and up the vitamin E intake.

Getting a buddy for my quail
2 3

Cocci In Quail? Something Else?