will they FRIZZLE??? pics of my new chicks

Okay, with an order form Mcmurray hatchery I ordered 3 bantam cochin frizzles. As we all know they have a chance of not carrying the frizzle gene... my worry is that all three have ended up not frizzling.

Please look at these 3 chicks and tell me if you think any of them have a chance of frizzling.... THEY ARE 1 WEEK OLD! 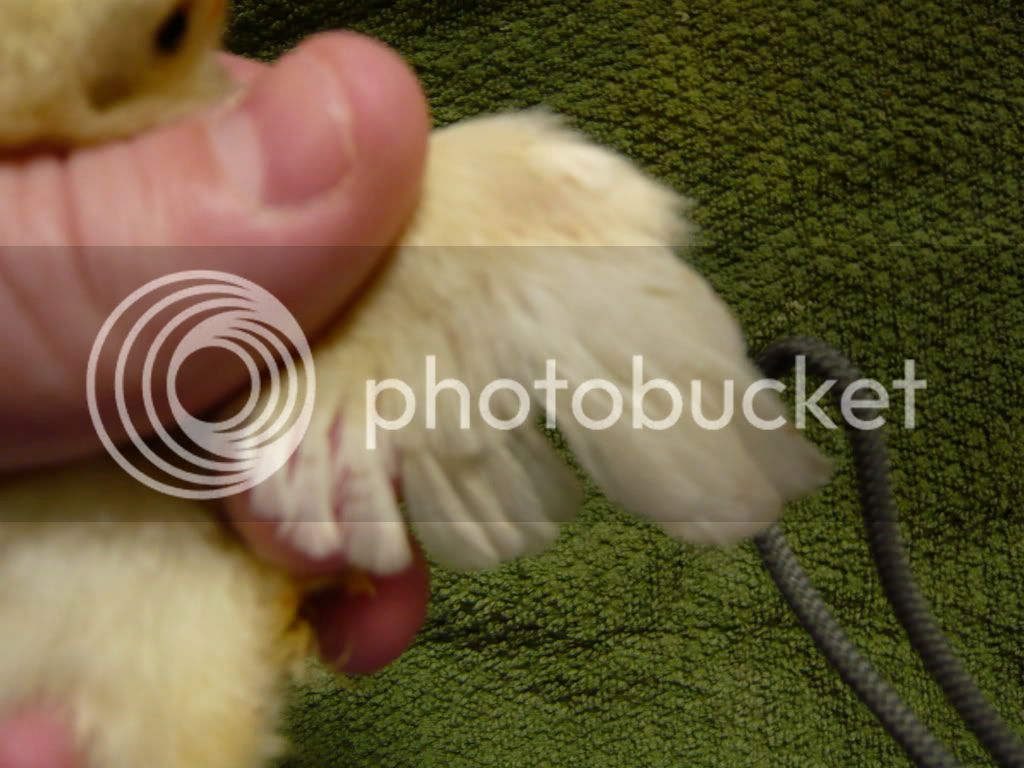 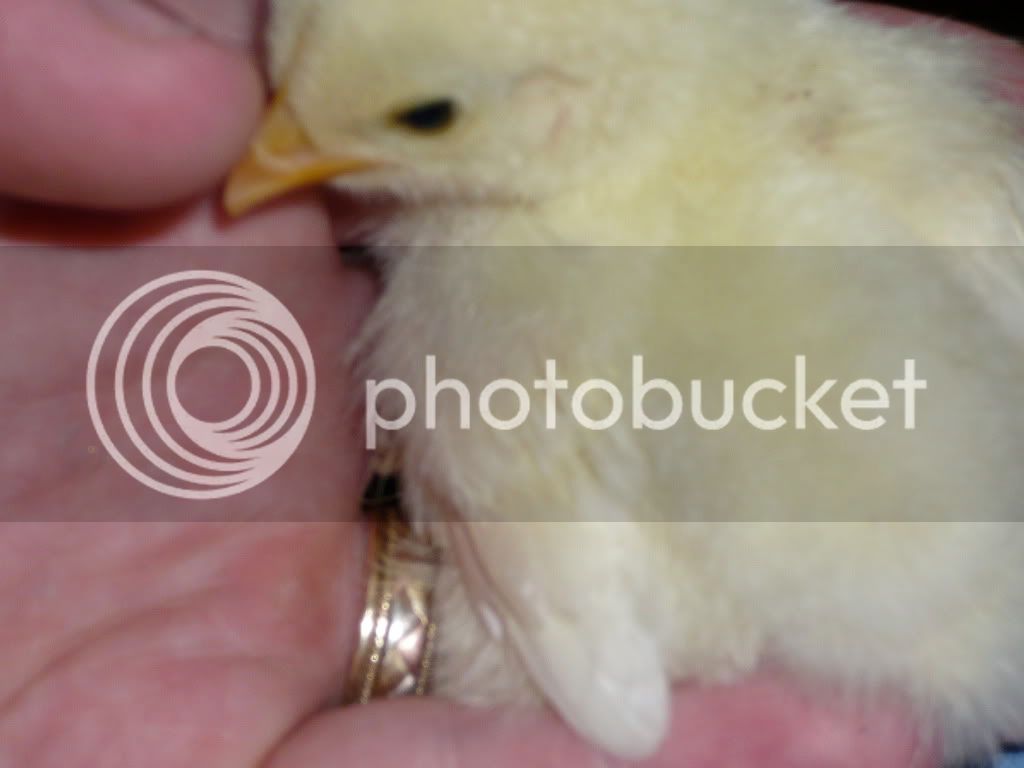 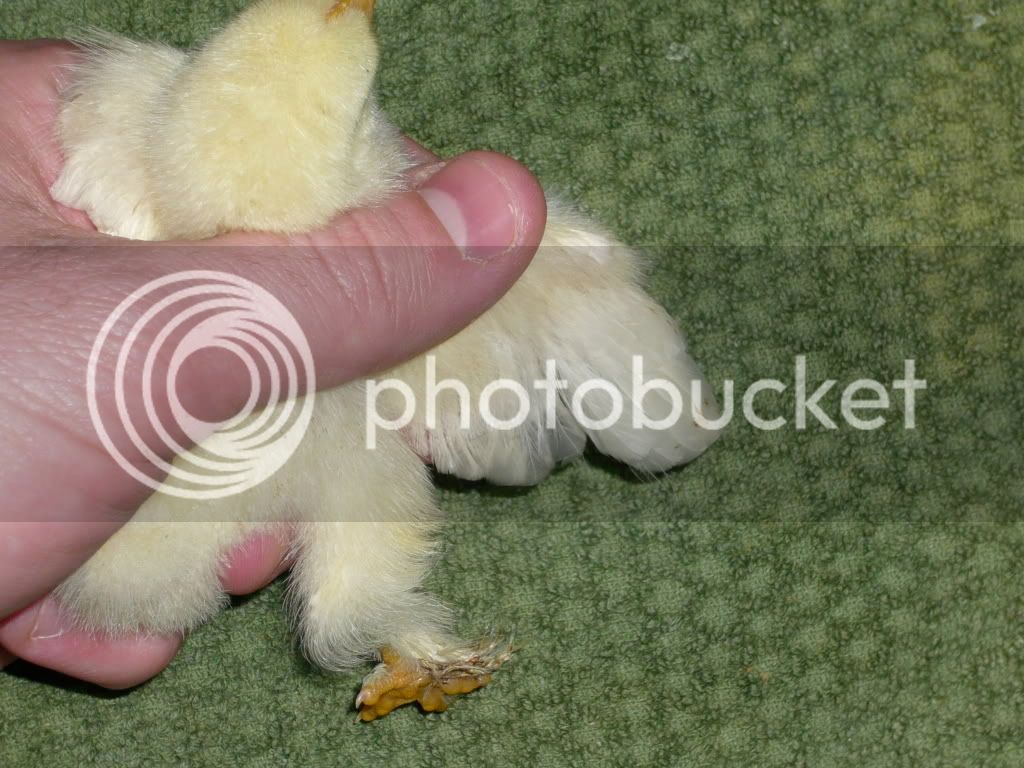 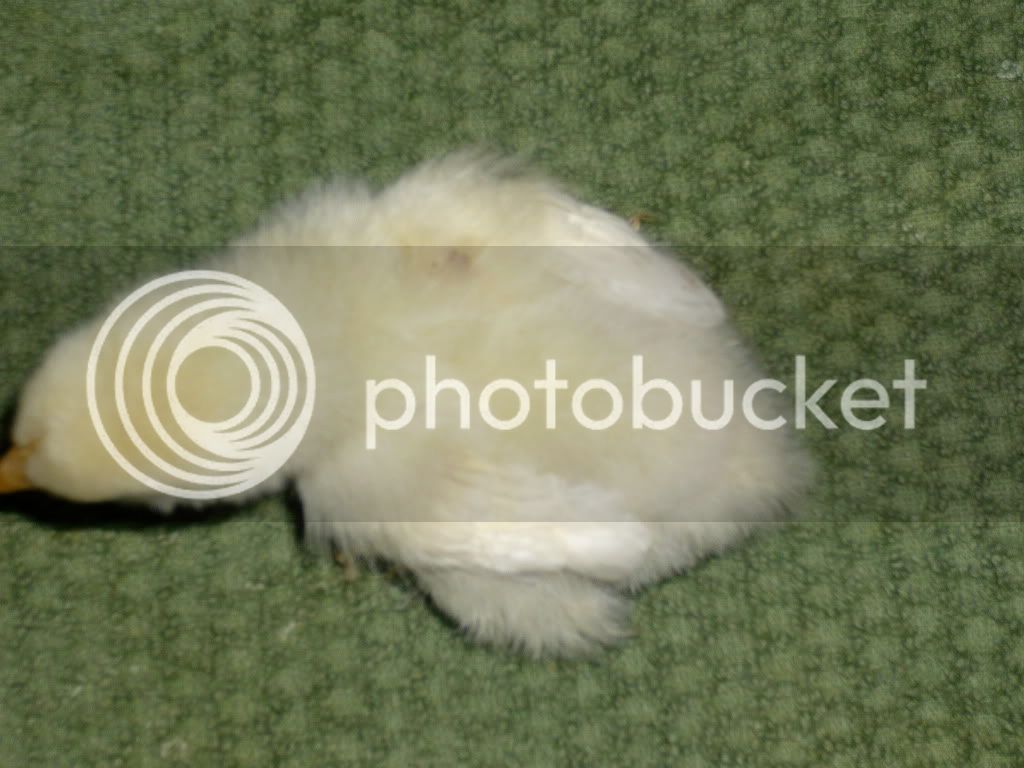 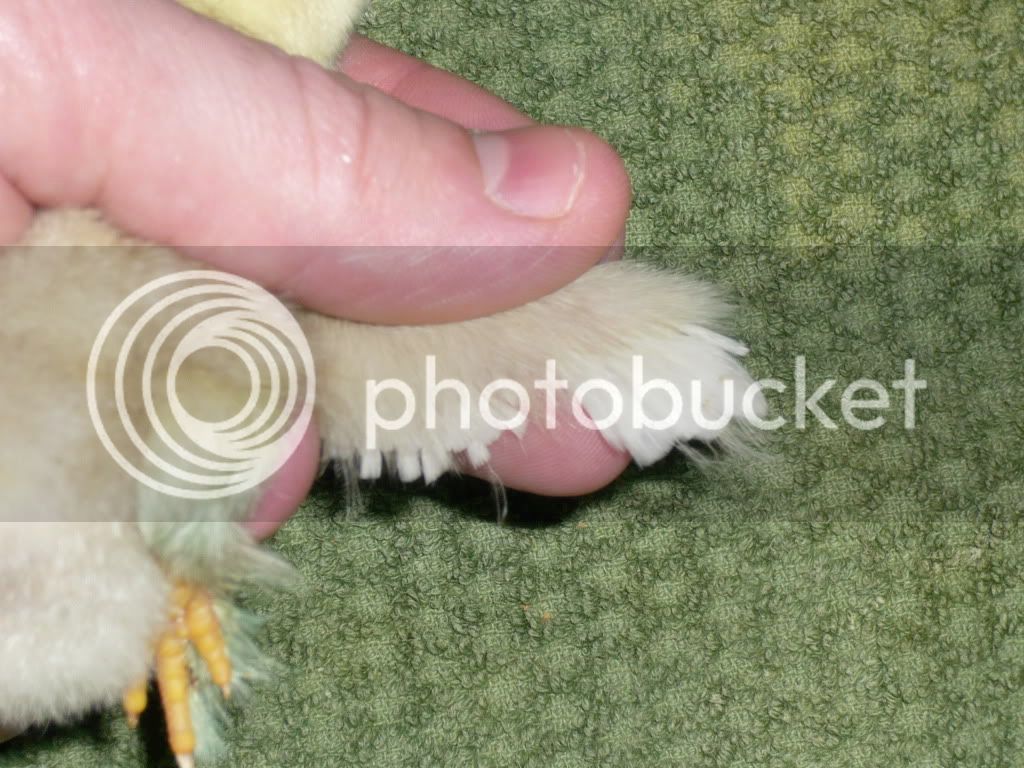 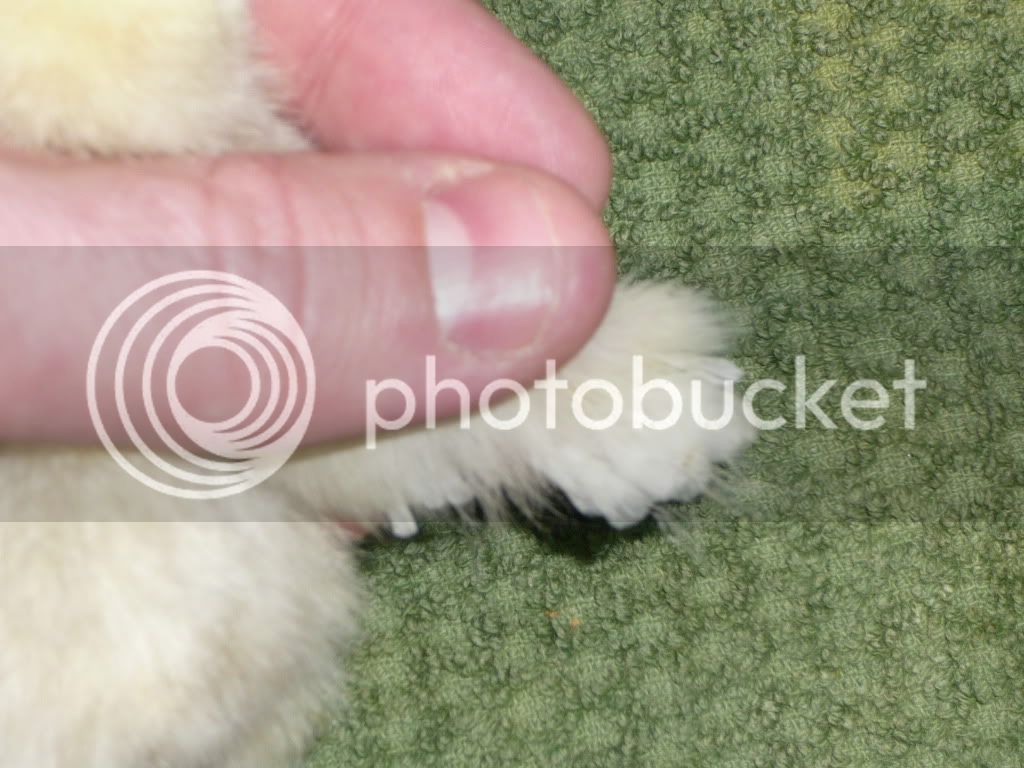 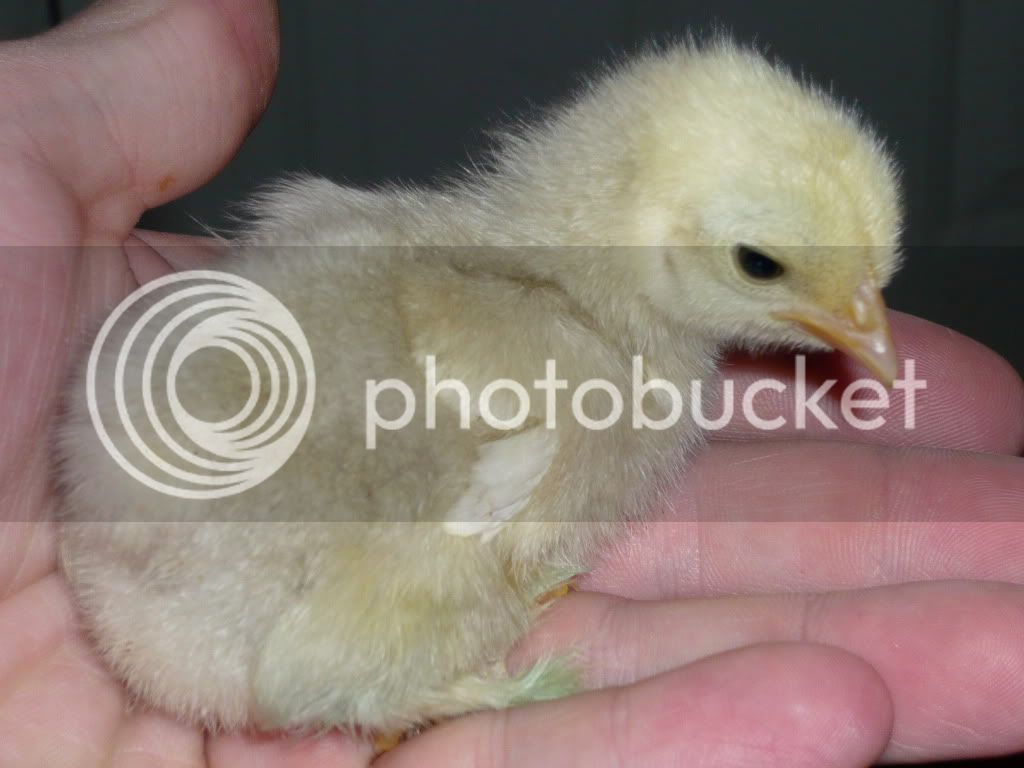 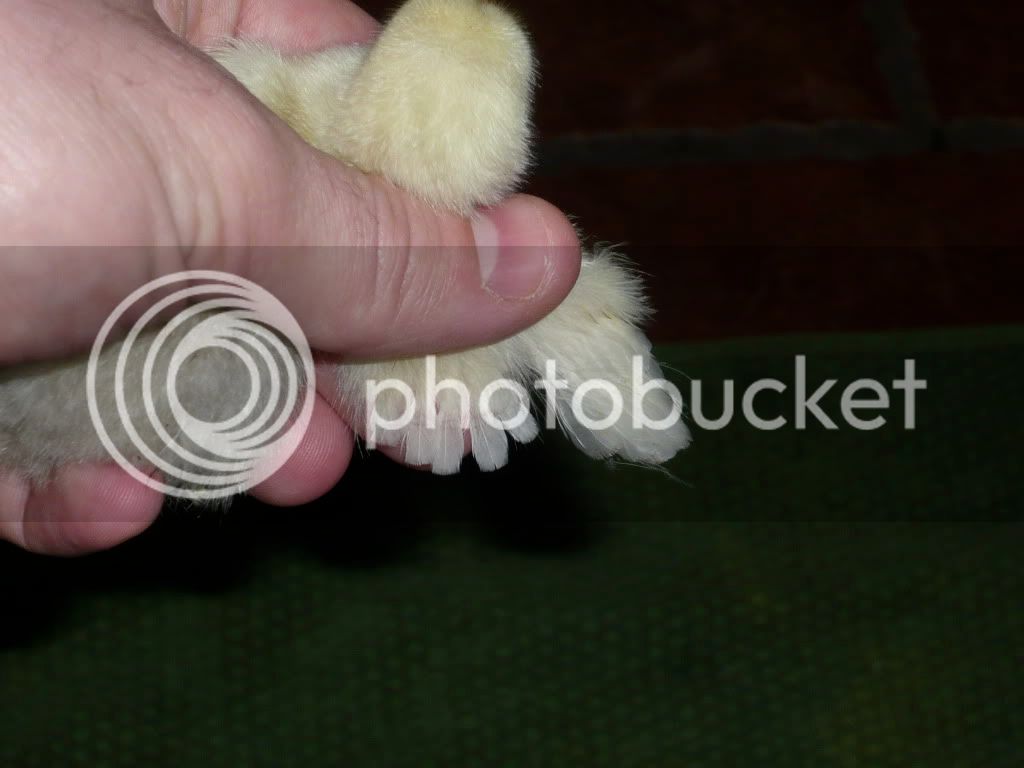 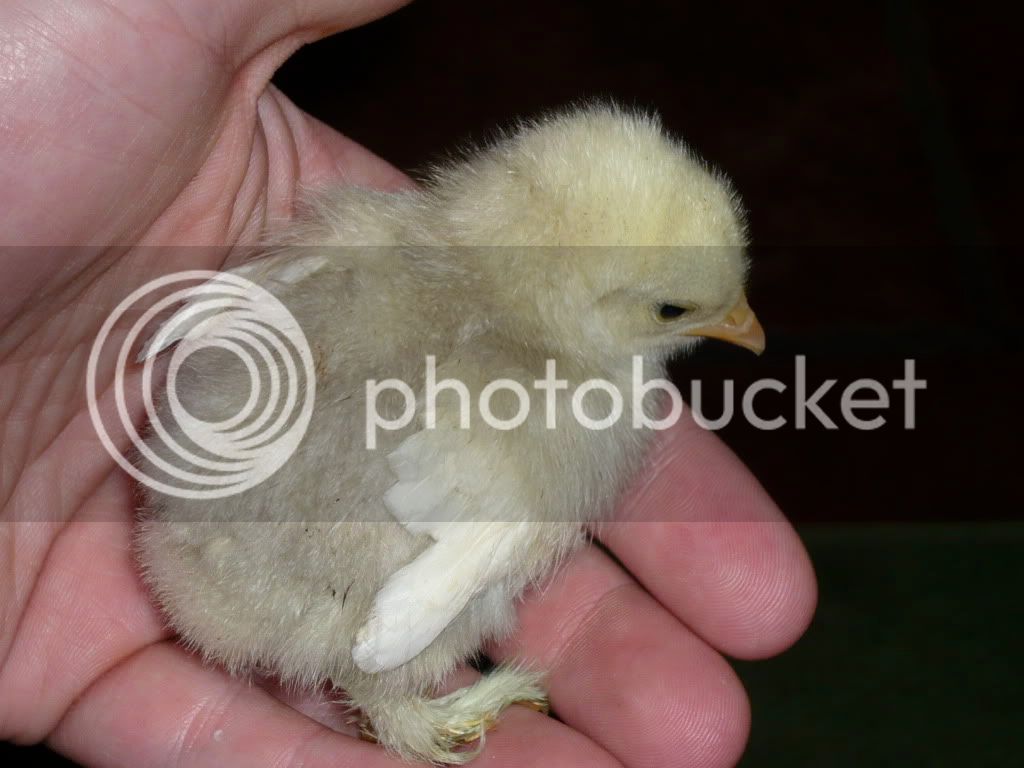 For those that have frizzles or have ordered them from Mcmurray, please comment and let me know if these have any chance... they all look like regular ones to me which would be a major bummer considering that I am only keeping one frizzled female...(that was the plan anyway) I may have to sell these and order some new ones or something... let me know

I'm 95% sure they wont frizzle

Quote:
All three of them? My last remaining hope was chick # 2 since its feathers are so short and maybe they just haven't curled yet...

I hate to think ill of a company, but is there anyway that Mcmurray might just throw regular white bantam cochins in when they run out of frizzles and just pretend like I got bad odds?

Right now,it is hard to tell. My frizzles all looked like normal chicks until their wingsfeathers started to get longer. Then when body feathers came in, it was even easier to tell which were frizzling and which were not.
For example, here is Barney at 2 weeks old: Then the wing feathers started geting longer, and they started to curl:

And the rest of his feathers came in curly:

He did get better looking LOL So, don't get disappointed yet. You may still have a curlyque in there !!


Edited to add: This isn't just because Barney is a boy- the girls developed their curls the same way. Barney just takes better pictures because of his coloring.
Last edited: Mar 7, 2010

Awesome! That is the best news yet.... your first two pictures do look almost like a normal chick so maybe there is still hope... that is exactly what I needed... thankyou!

I'm not sure about the others, but chick #2 is growing the same kind of wing feathers that my frizzles grew.

They still might be frizzzle. They look totally normal as chicks!!!

keep us posted on there progress, I'd like to see how they go!

It takes a while to tell if feathers will frizzle - impossible to say with day old chicks from a hatchery.

Wait a few weeks and you will see.

Help me guess some feather types? 🐣