Went out to find this chick stuck to her mom, suspended in the air with a feather wrapped around the chick's wing. Not sure how long this had gone on, but the chick was dangling by the wing from the broody. Once I cut the feather off (thank goodness for curved tiny scissors), I ran lukewarm water over the wing for a few minutes, then wrapped the chick up.

The chick's wing is 'dropped' - s(he) can move it, but it doesn't tuck up like the other one right now.

Should I put a sling to help keep the wing tucked up-- if so, what should I use-- we're talking about a tiny 2 week old. Pictures below.

Right when I brought the chick in: 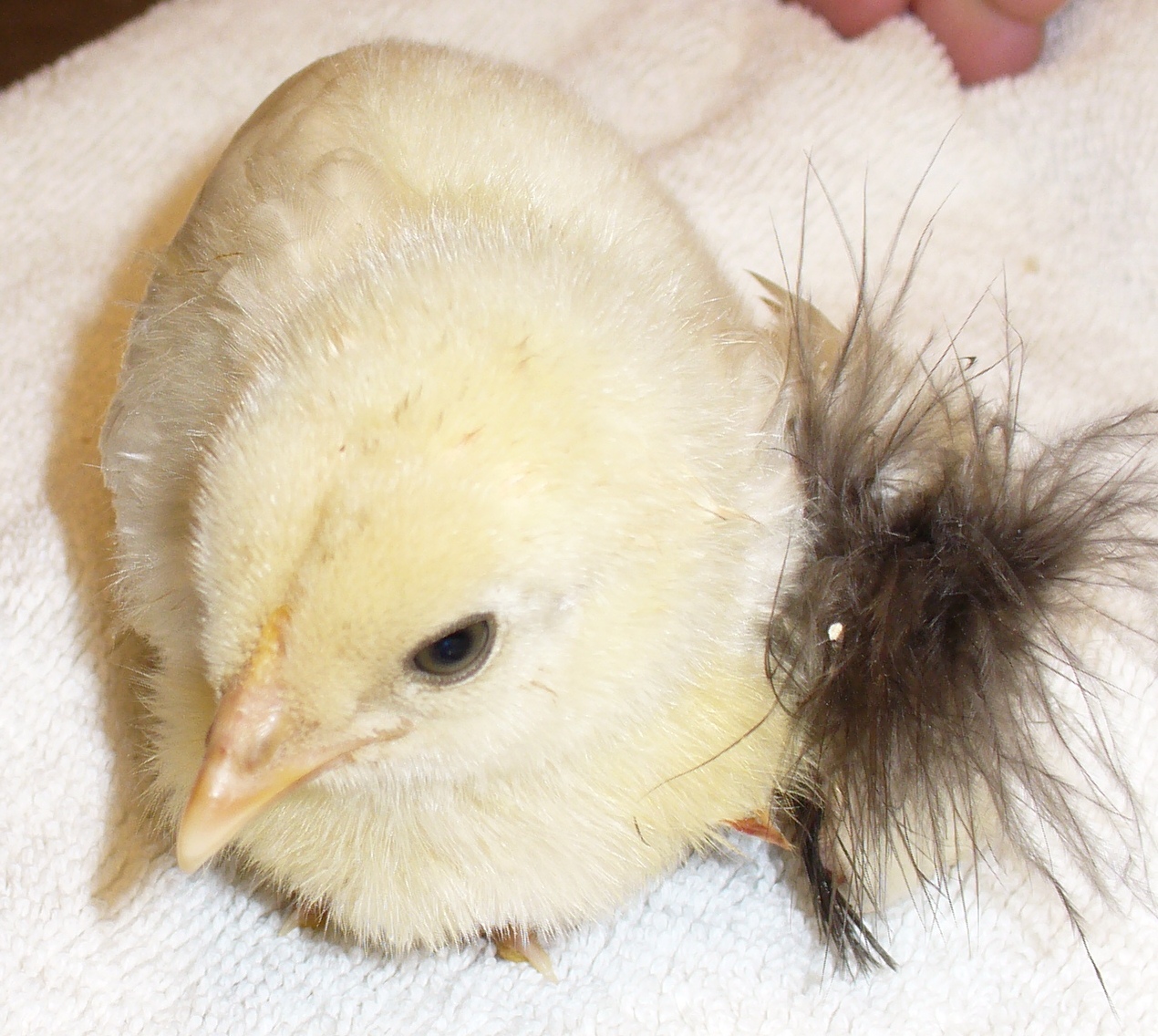 After I cut the feather off- it was tightly wrapped around her wing-- about 1.5hrs later- ran water over it for a while, applied Vetrycin for the abraision: 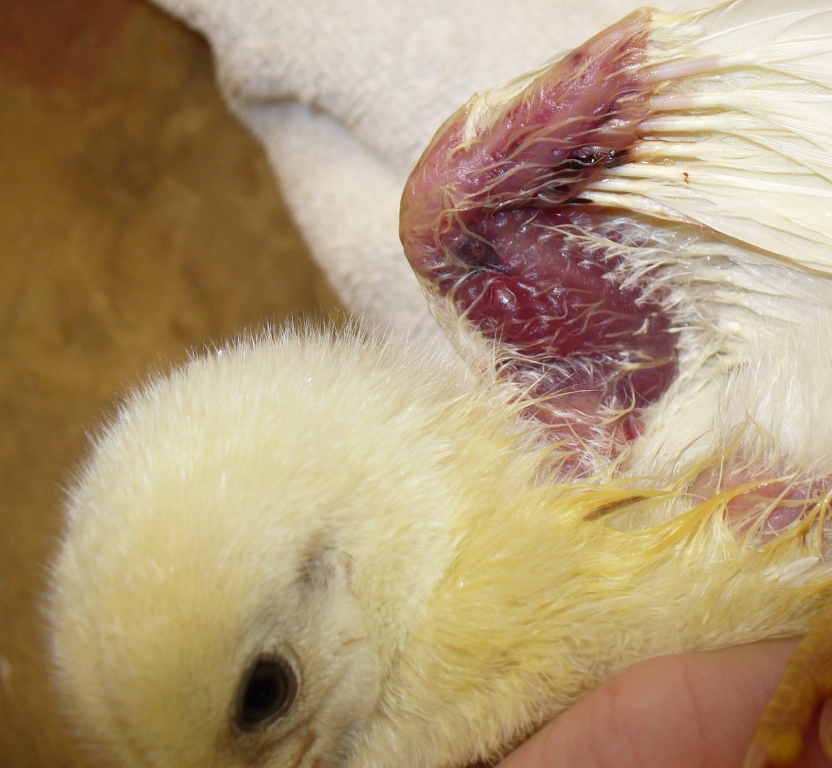 Last year I had a chick that repeatedly got stuck to the underside of the broody hen. It was weird, but I see you have something similar. I personally would leave it alone. It should start holding it more normally after a few days as long as it isn't broken or dislocated. Chickens are quick at healing.

Good to know! The baby ate and drank when I took it back to momma hen. The feather was wrapped around the wing- at closer inspection, it looked like some baby bird poo acted like cement to close the feather into a loop around the top of the wing.

I will leave it unwrapped- seemed like a big risk to put anything on there with mama and siblings in the mix. Just checked and it's under mom now- usually they're not inside the nest this time of day but she seems to know it needs to rest.

Yesterday the wing was still pretty droopy, but today it's significantly better. I haven't taken a picture of the underside of it, but it looks like one big bruise. Poor little thing. Both wings are being flapped regularly so I think the chick is well on its way. =)
M

It may happen again....check on them often...
maybe moms got some feathers in an area where you can trim some feathers to try and keep it from happening again...

mustang56 said:
It may happen again....check on them often...
maybe moms got some feathers in an area where you can trim some feathers to try and keep it from happening again...
Click to expand...

Thank you! I did give her underside a good look. I've attached a photo of the "injury feather" with the chick poo that acted as cement. I was really glad I hadn't been away from the house that day. I can't imagine a happy ending if the chick had the feather tourniquet been on all day, or how much longer it would have dangled from mom's wing. Horrible. As of today the wing position is back to normal. 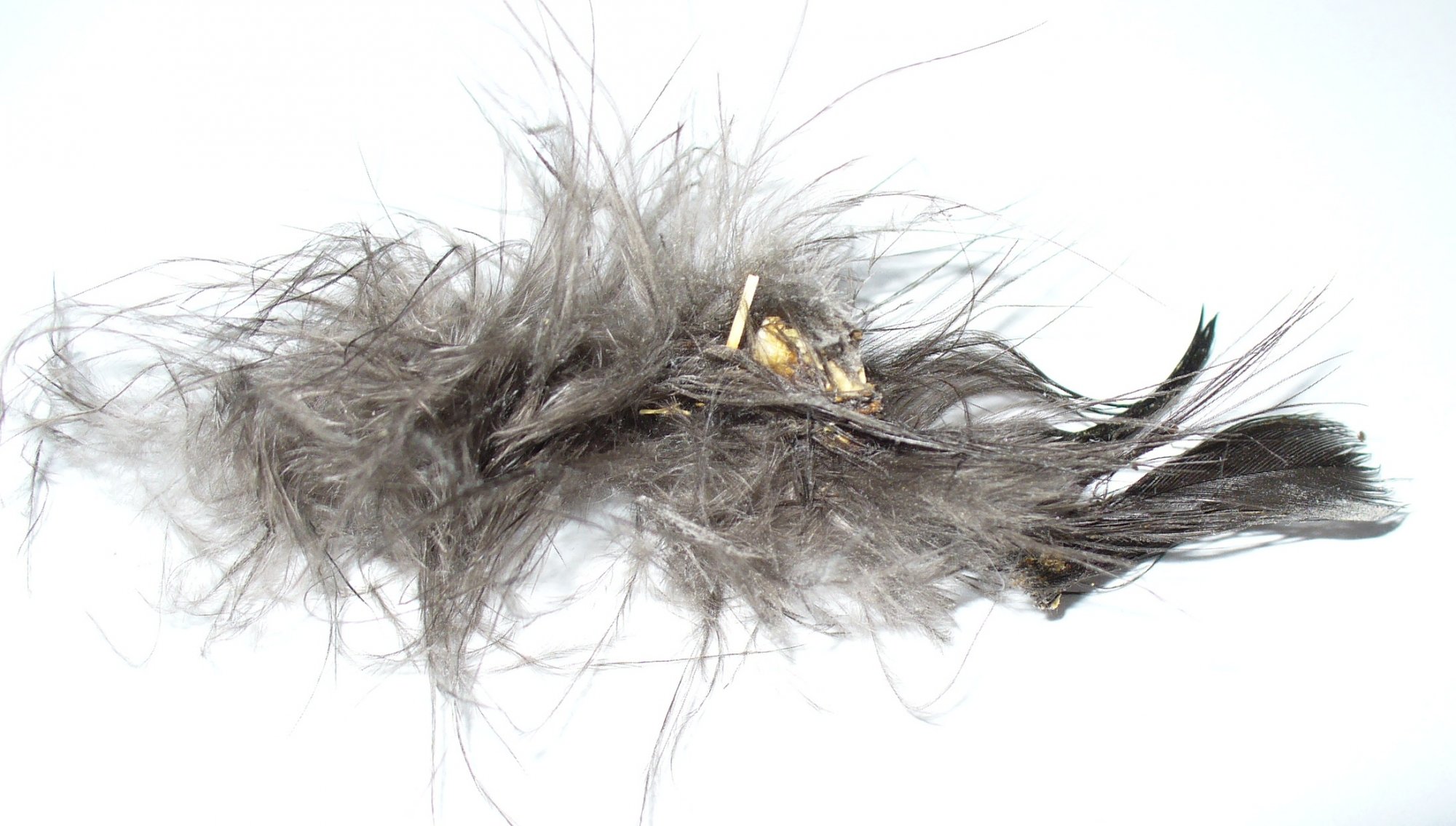 C
12 mo silky roo develops lump on base of shoulder

Favorite EE had wing ripped off by predator. Recommendations to prevent infection?
7 8 9