Winter in this part of the continent won't effectively be here until mid- to late-November. It means that I have a couple of months to prepare for winter. My coop is 4 x 4 and I have 4 birds. I made the coop small to put an external limit on chicken math. The coop is ventilated and I'm planning to wrap the run in tarps and vapour barrier to keep the snow and most of the wind out. I'll have to leave some gaps for ventilation. I'm hoping for a bit of a greenhouse effect to keep the birds a bit warmer over the worst days.

I know that 4 square feet per bird is close to the high limit for chicken coop density. As it is, they cram themselves into half the space on the roost. Would it be in any way beneficial to add a couple of birds to keep the coop warmer at night? Would the extra body heat be a greater benefit than the extra moisture and crowding? I don't need more birds, but like many people here, wanting is a different story.

In my opinion it causes more harm than good. I'm not sure how cold you actually get but typically your goal is not to keep your birds warm, it should be to allow them to keep themselves warm. Here is an article by someone in a really cold climate that discusses the issues.

My concern with overcrowding them is that they are much more likely to have behavior problems, especially with trouble getting into your run. Even with four birds fixing your run so they an use at least part of it is a good idea. By behavioral problems I mean anything from feather-picking, bullying, to outright cannibalism.

If you add more birds it is extremely unlikely they will all cuddle together w newcomers, but instead start a war.
More birds= more moisture and ammonia which contribute to frostbite.

I'd say, don't do it. I started with a small prefab and 2 chickens, then a year later, added a third. There was still enough room on the roost for three, but the girls weren't happy, and one started sleeping in the nest box instead. I ended up building a bigger coop. The chickens don't always do what we think is logical. I'd say that your coop is maxed out. There is still time to build a bigger one though!

My roofed run is wrapped in a double layer of rolled vinyl for winter, leaving the upper foot or so open for ventilation. Don't underestimate their need for ventilation, regardless of the cold! Protect the north and west sides the most, and leave upper openings on the south and east sides.
Mary

And don't add more birds to that little coop!
Mary

I'm sold. I strongly suspected that it was a bad idea to add birds. I am planning to expand the coop to 4x8, not necessarily to expand the flock but rather to give them more room. Since I got the birds, they only use the coop to lay eggs and occasionally sleep. As it gets cooler, I'll be 'encouraging' them to sleep inside, but I'm sure that they'll do it on their own.

legojenn said:
Since I got the birds, they only use the coop to lay eggs and occasionally sleep. As it gets cooler, I'll be 'encouraging' them to sleep inside, but I'm sure that they'll do it on their own.
Click to expand...

How long have you had them?
I'd want to know now why they aren't sleeping in the coop,
where are they sleeping?
Pics of coop, inside and out, and run might help us help you.

I got the birds in early June.

The nest area is in the east side and the door to the coop faces north if that helps.

Here is my coop and run. The birds sleep outside because I let them. They'd be more likely to use the indoor perch if I pulled the perches that are 5 feet off the ground from the corners of the run.

I also have a heater that looks like a flat-panel TV that I got at TSC to keep them warm. 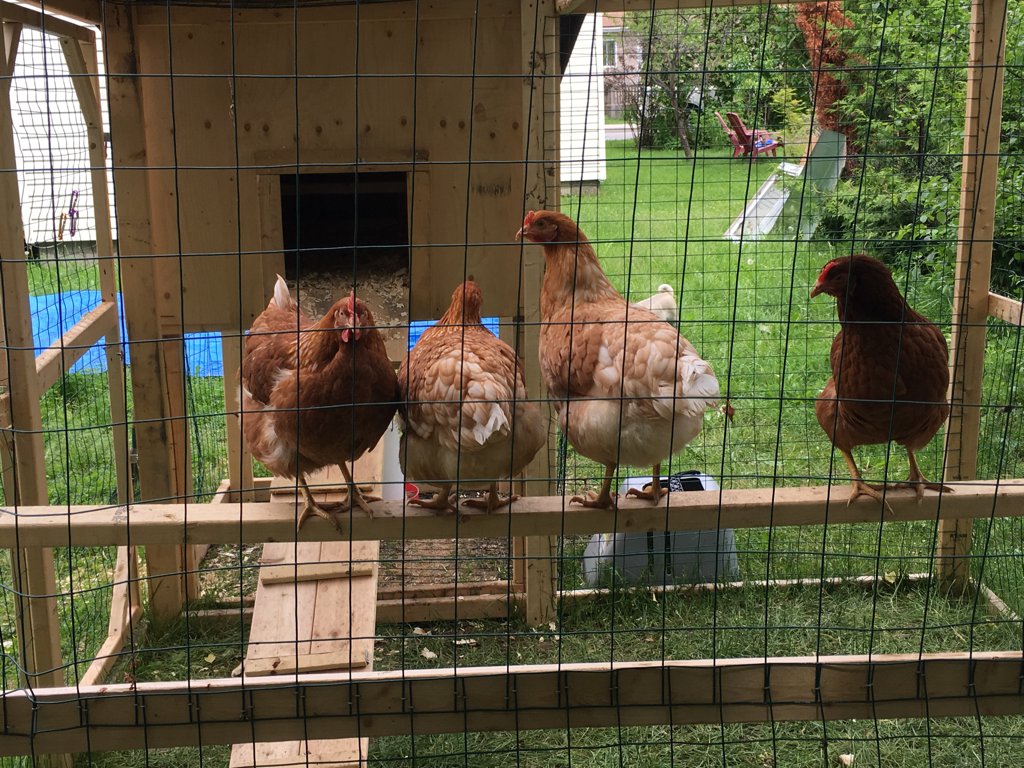 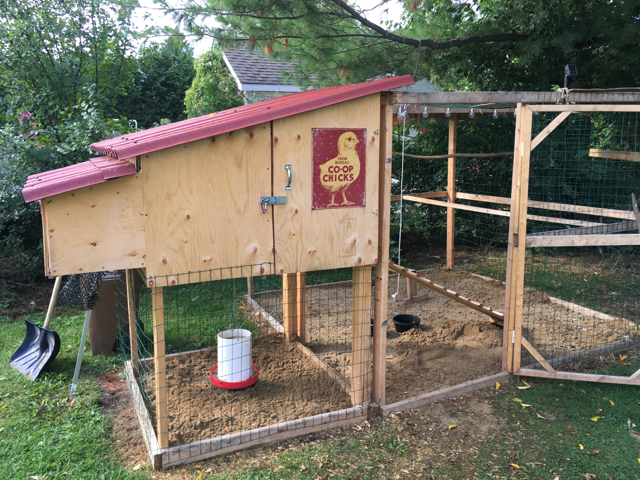 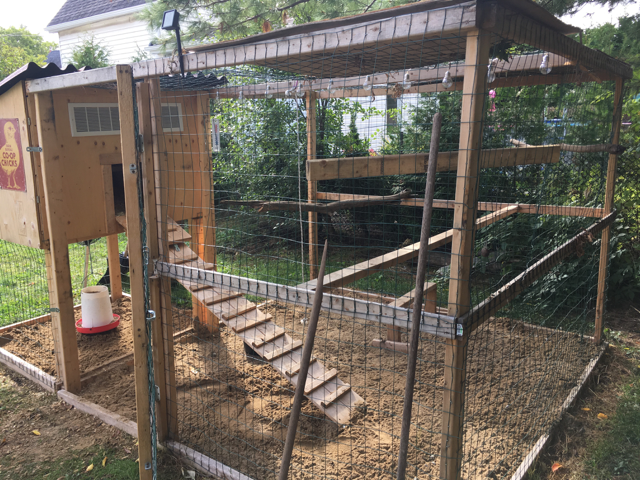 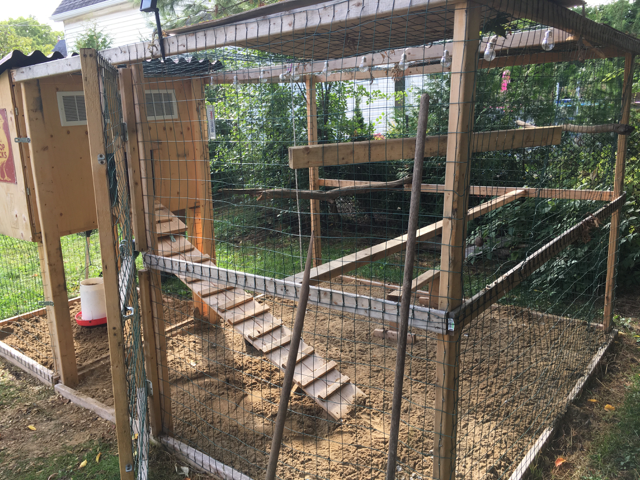 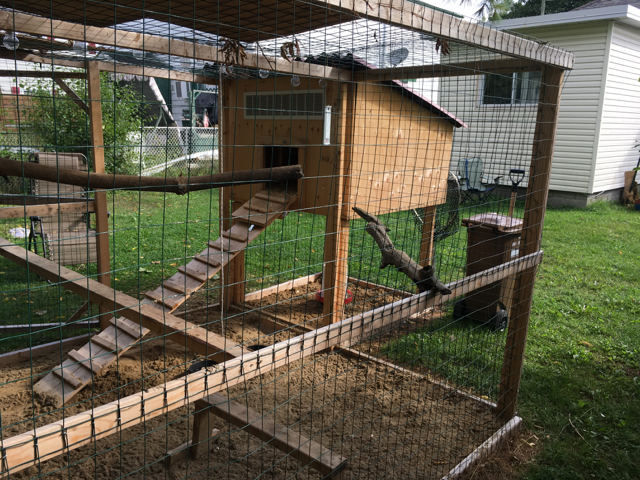 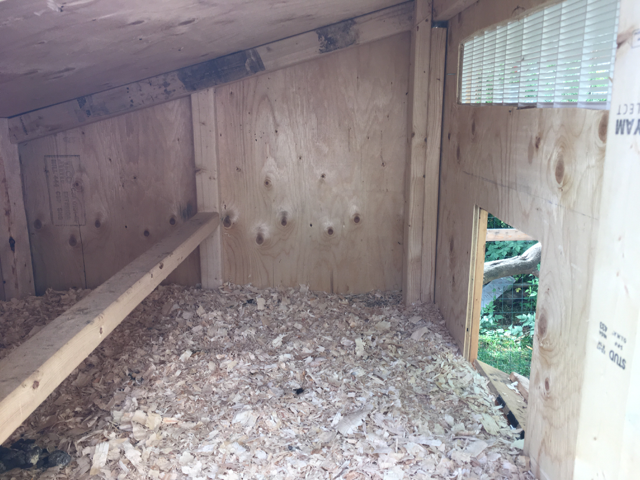 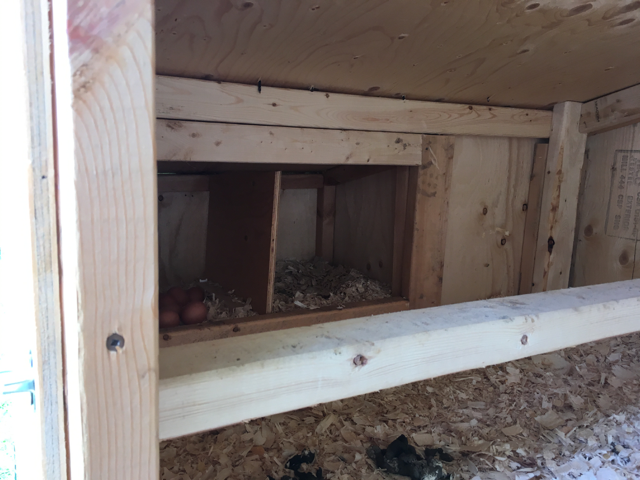 legojenn said:
They'd be more likely to use the indoor perch if I pulled the perches that are 5 feet off the ground from the corners of the run.
Click to expand...

Yup! I'd do that now...see how they react.
Coop is also rather dark and maybe not well ventilated enough.

Is this going to work? - adding new pullets