winterizing run, one section doesn't have a hard roof

junior67 said:
how far apart are your PVC pipes? trying to think of how many I will need. Thinking this is the best bet do keep the snow off the roof of it. I don't care if it gets in that section of the run but don't want the weight of the snow to collapse it. How do you have it secured to the top and do you take it down once the weather is better?

My wire covered area is 8' wide by 10' long. guessing I would need pieces going down the center so it would hold up as well? what about doing a triangle on top with thicker pvc would that hold better than a hoop?
Click to expand...

My area is about the same size. The pvc pipes are about 12” apart and we have six that are attached thru the wood and three that are on the horizontal to hold the vertical ones steady. 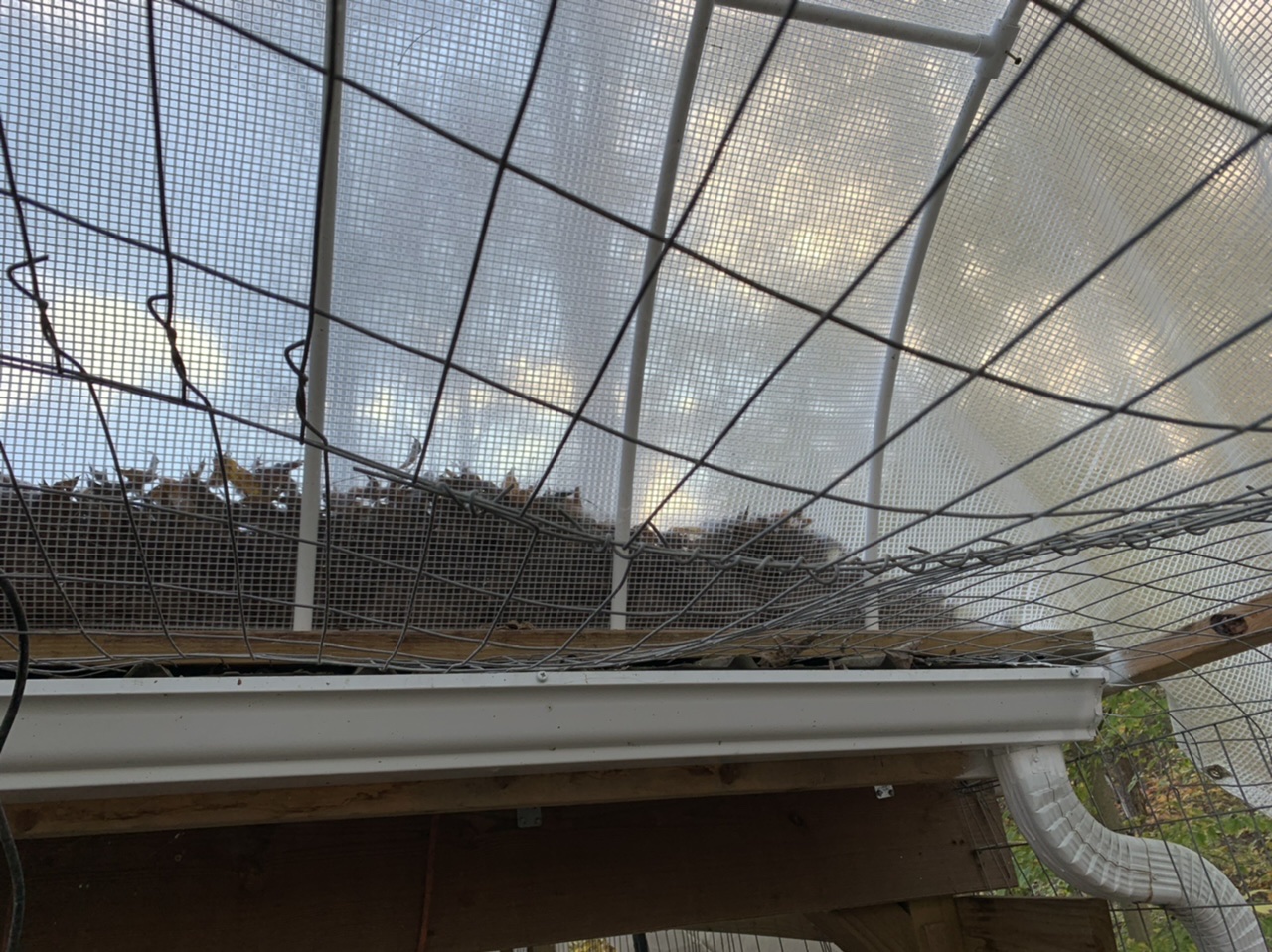 The horizontal pipes are passed thru a T connector and then screwed thru the connector to keep them from shifting. 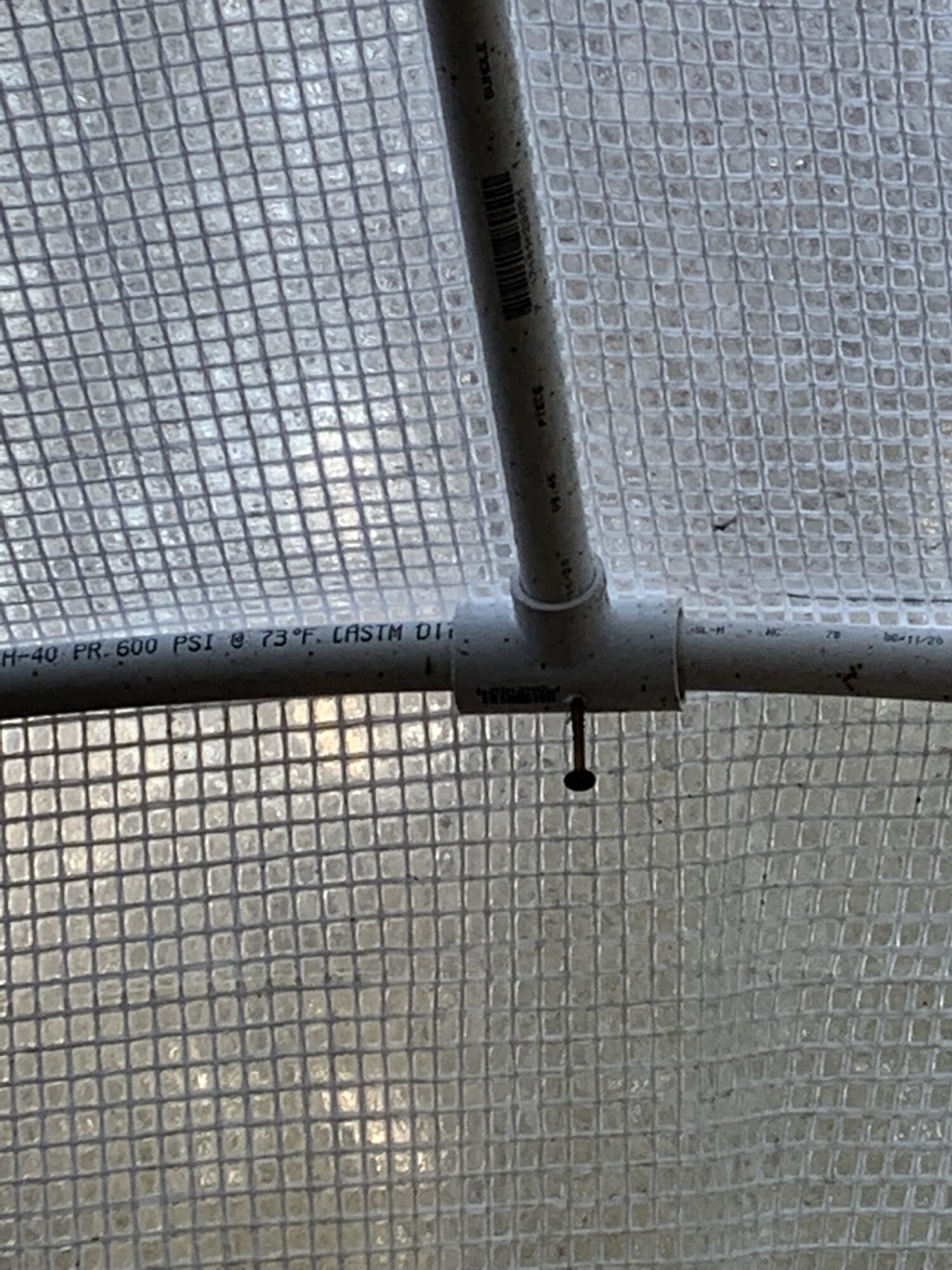 Because of the tension from the bend, the wood frame holds the pvc pipes tight without any screws. The side closest to the metal roof and gutter (1st pic) is flush with the bottom of the 2”x4,” but you can see on the other side (at the end of the run), that the pipes are pushed all the way through the drill hole. We left them that way so that I could adjust the individual pipes if the tarp stretched. After about 14-months, I’ve not had to adjust it at all. 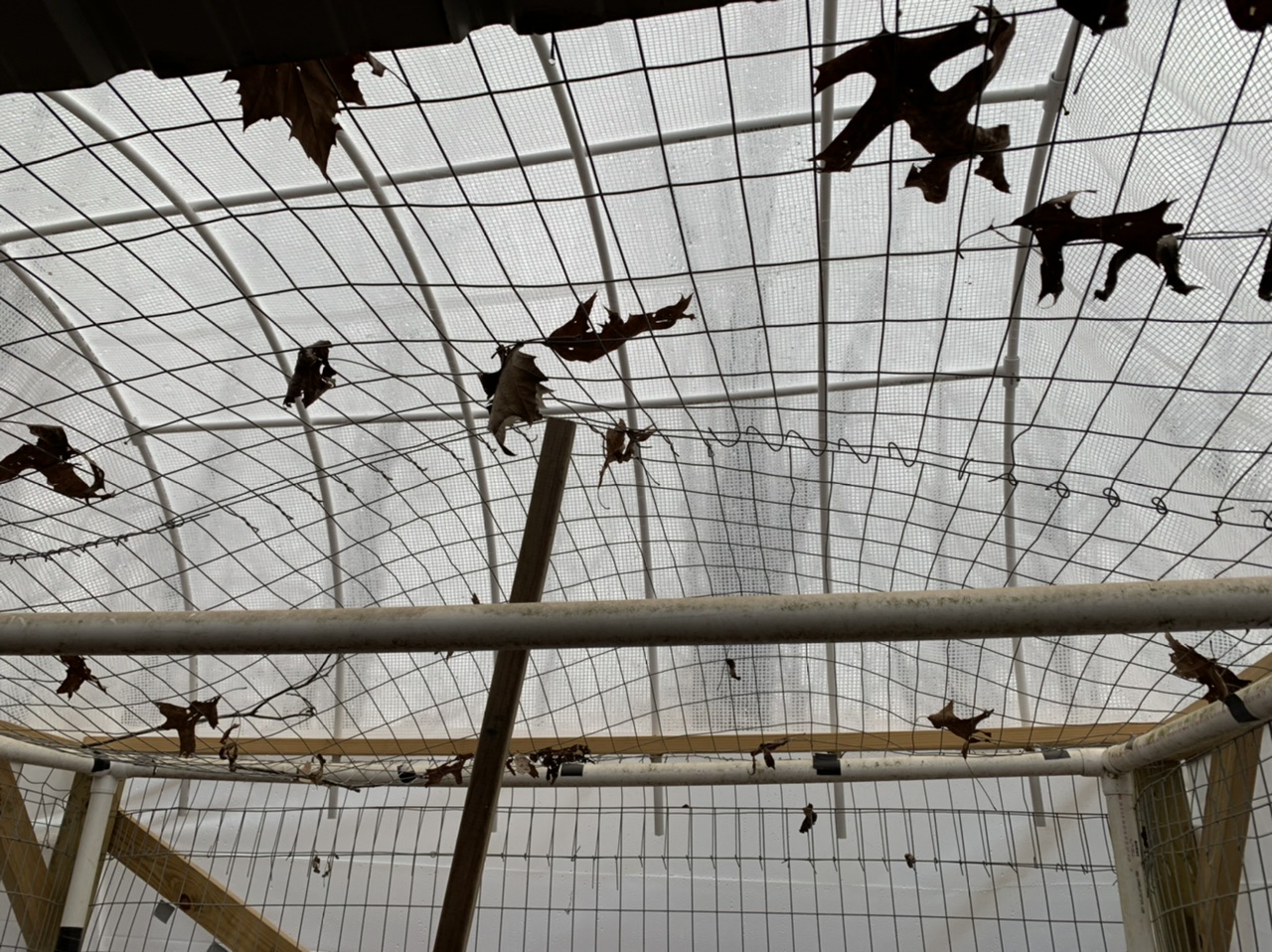 We left the hoop up and covered with the same tarp the entire time. I decided to leave it up during the summer because it offered some shade from the worst of the mid-day sun. I already had the 2”x4” fencing covering the open area, so just built the frame for the hoop roof using the 4”x4” fencing supports. The tarp is attached to the wood frame using screws through the grommets of the tarp. The only change I might make when I eventually have to replace the tarp is to use some wide washers to really hold the tarp down. So far, I haven’t had the tarp come loose at all. Hubby really is ingenious! 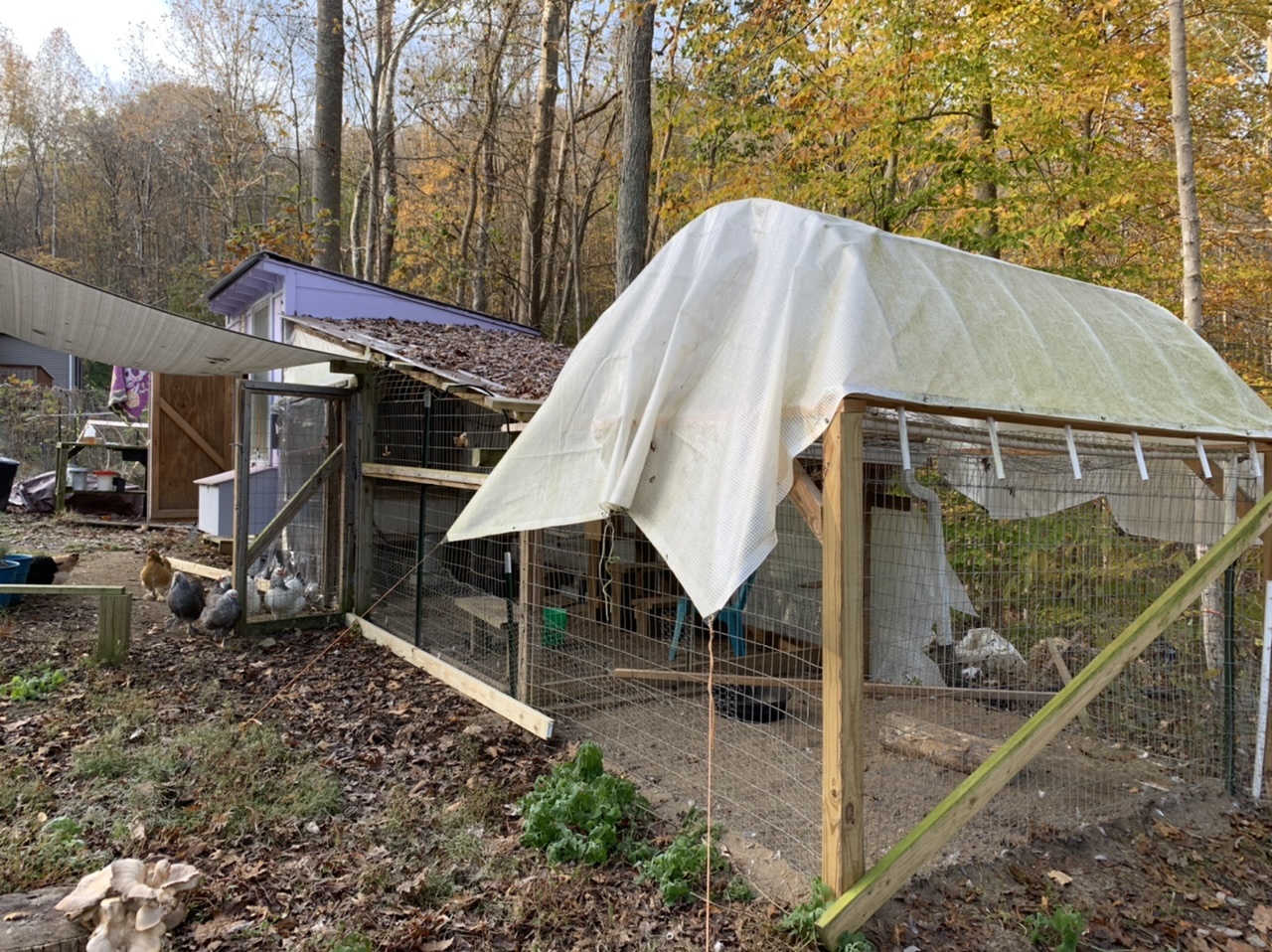 Here’s what it looks like without the plastic wrap. 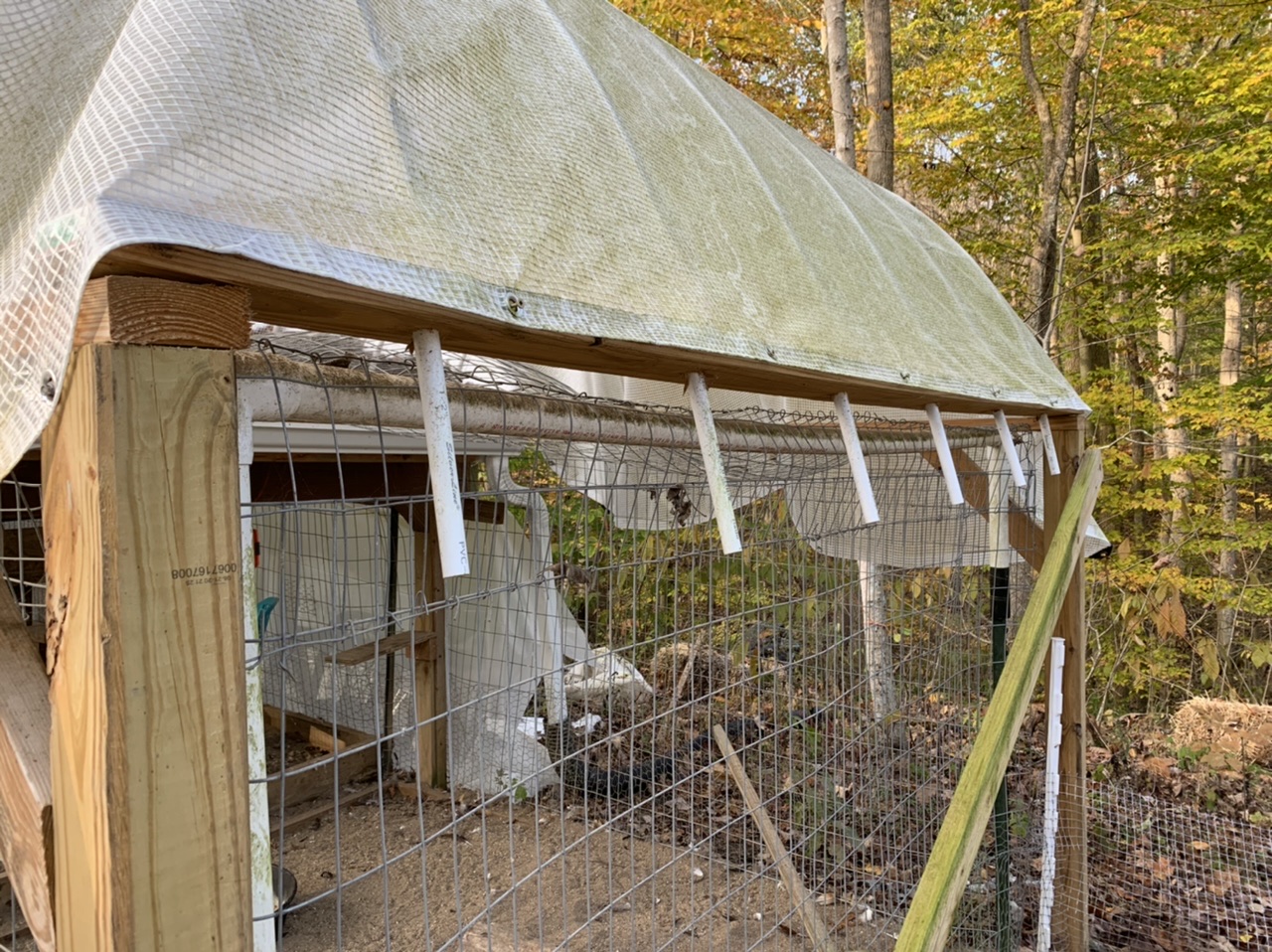 And this is what I was talking about the frame being adjustable. If I need to tighten the tarp, I just push up on the pvc pipes. 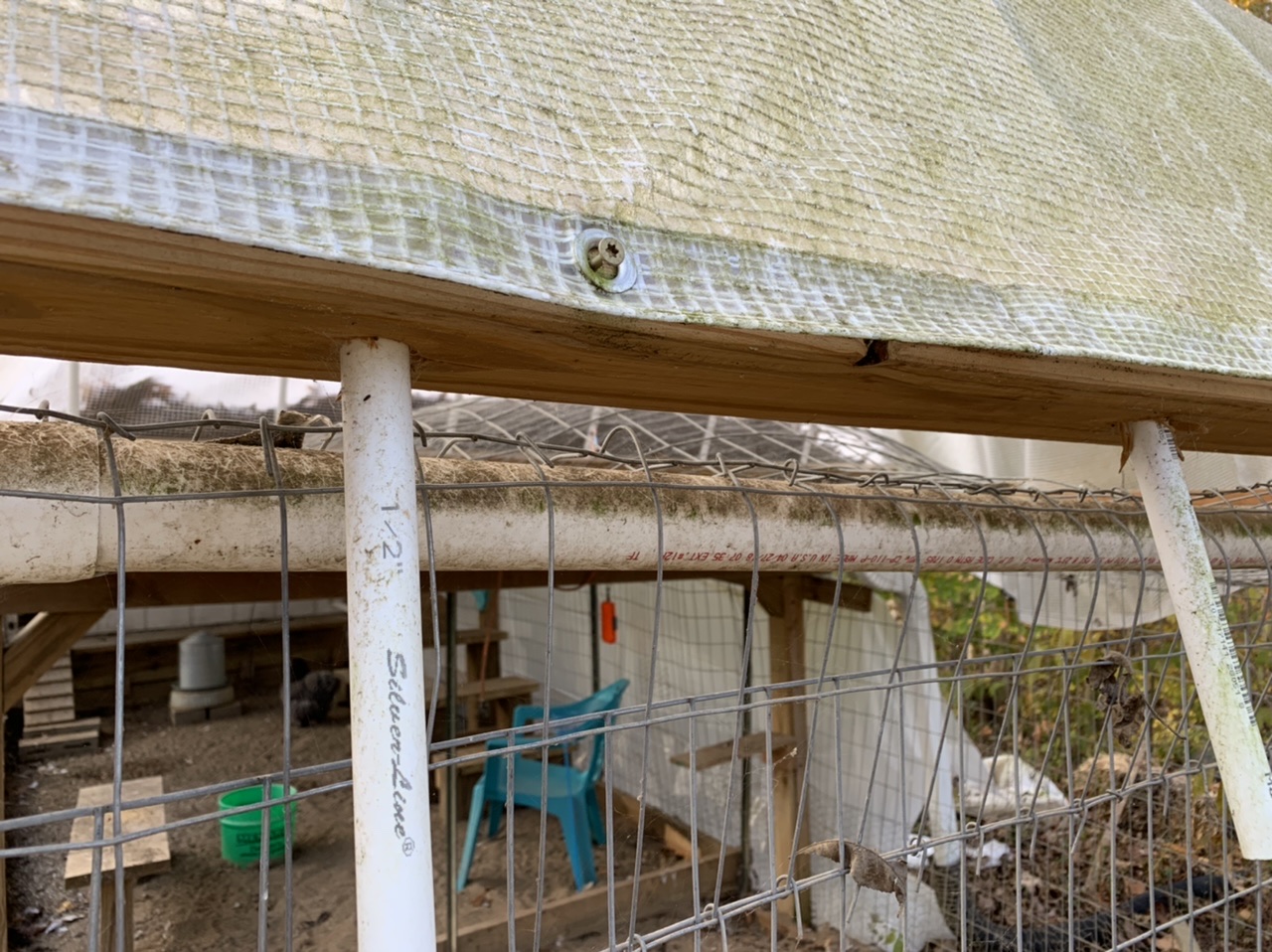 And just a last shot of the whole hoop. 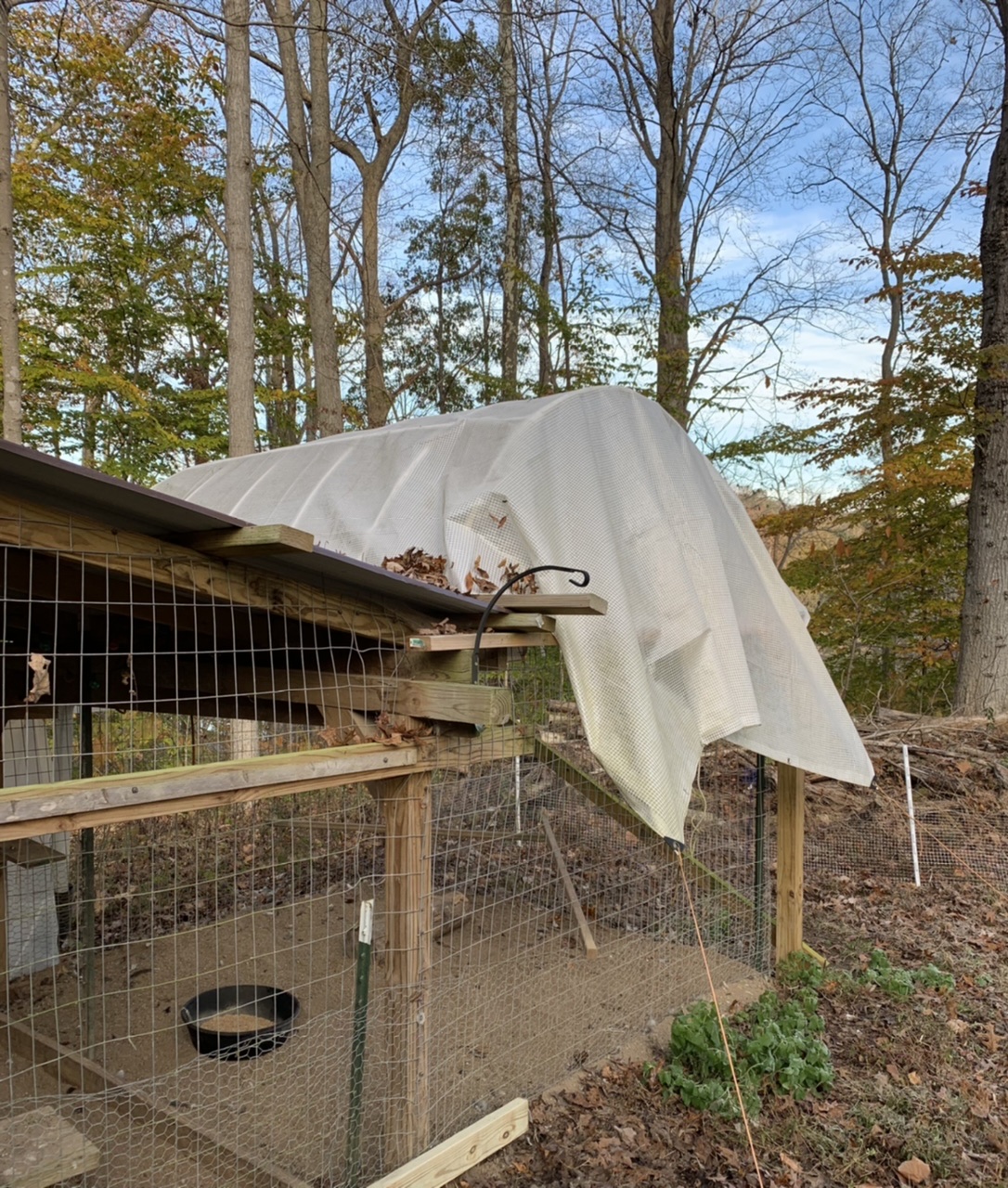 No problem! I hope whatever you end up doing works well.

Definitely gives me ideas on how to adapt this for my set up too. Thanks for posting it.

U
How to provide adequate ventilation without getting coop wet?
2