​
And so it began,
February 2007 - I've had chickens for about three years, two had been taken by predators, and I was down to one. I figured she was lonely, knew of MM hatchery and ordered a variety of pullets. In preparing to take care of them, I did a search on Yahoo! and up came BYC, the new forum.
I signed in, and BYC has become my go-to place every morning and afternoon.
Each and every day I learn at least one new thing here, and the camraderie is heartwarming.
In less than six months, I am up to 18 chickens, all girls, all different breeds, except for two buff orpingtons.
I've quadrupled the chicken run and taken over the garden shed, converting it into a second, larger, coop.
I am inspired and amazed by how many folks out there share this interest!
Why "mudhen" as my screen name? I'm an artist and potter full time and my studio name is "The Mud Peddler", so when I was looking for a name, mudhen just made sense! 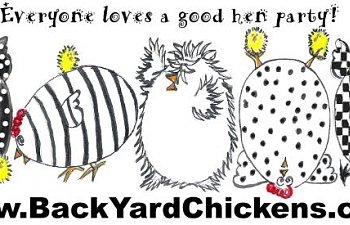 
February 2007 - (having fun with photo editing

I confess. I've been playing with genetics, trying to bring forth a chicken that can protect itself from predators.

I think I may have something here.

The only problem I'm having is that she eats everything she hatches.... 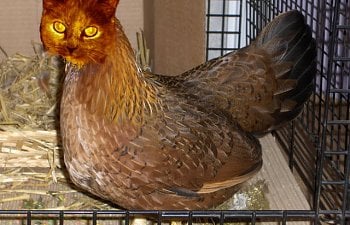 Well, I admit it doesn't get along well with the regular hens, but I'm thinking of designing protective collars for them to keep her from ripping their necks open.

On the plus side, she can see in the dark, and is one heck of a mouse hunter. A great savings in feed loss.
April 2007... So, I'm having one of those sleepless nights, decide to file some paperwork on my desk, and run across some receipts.
In March 2007, I ordered 11 pullets (11 breeds!) from Ideal, and that's the first receipt that has me asking myself (again) have I really become a gottagettanattachickenaholic?
I start to wonder: how much have I spent on this new little flock anyway?

Let's see, first I thought it would be great to have Millie hatch some fertilized eggs:

But wait, Millie just isn't doing very well with those eggs, maybe I should get an incubator and hatch my own...yeah that sounds like a good idea:

Here's a better idea, why not just order hatchery chicks?

April 2007 - Has anyone here ever done something totally accidentaly that resulted in the death of a chick?
I did something clumsy several weeks ago and ... well, .
The three day old peep didn't suffer, it happened fast. But, after almost six weeks now, I still can't stop thinking and beating myself up about it. Nothing I can do now, of course, but feel guilty and terrible and just plain mad at myself
I suppose part of it was my inexperience, and it certainly isn't anything that will happen again. I just can't get it out of my mind and it just haunts me.
Just felt it was time to confess and send out a big cosmic 'I'm so sorry!'


May 2007 - Weather is finally cooperating and I put the girls into the coop this afternoon.
I set the temperature control for the heat lamp to 55, and I can see a red glow through their new little window as I type this tonight. I'm so nervous I want to go check on them, but I'm afraid of the outdoors in the dark (I know, what a wus...but I'm sure the deer grow fangs, the bunnies become mini-veloceraptors, and did you ever see the movie "Pitch Black"?)
So, all I can do is worry that they are OK.
I plan to open the little door for them in the morning and let them explore their run. Millie will probably be happy to be back in her element.
Can't believe how much weight she gained playing momma hen here inside the house.
Mudhen's Moving Service: 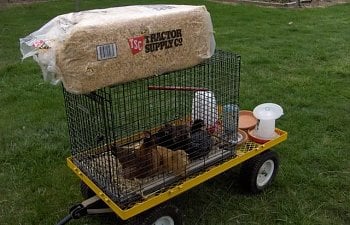 June 2007... Entertainment Tonight - the BYC version...
After sundown, I wait a little while and go out to check on the girls in their coops and make sure the doors are closed (on timers).
Anyway, the big girls (19 wks old) are already in their little coop, settling in for the night, their door is closed. Alls well.
The younger girls (11 wks old) are still outside and wandering around the run.
I pull up a chair (have one of those plastic ones in the run) and sit to watch them and make sure they go into the coop for the night before their door closes.
Well, then the show begins.... lighting bugs are 'discovered' by the girls!!
I sat there for over half an hour watching them stretch, chase, jump and catch a few dozen lighting bugs. Mrs. Beasley and Sophia (the only two of the eight younger hens that I've named so far) are fastest to run after the little bugs.
It was like watching a feathered ballet with the leaps and dancing that went on.

I wonder if their poop will be flouresent?

written and performed by PurpleChicken!
Thank you to PurpleChicken and his charming son for the three new additions to my flock!!

The girls are insisting on taking over, so I'll hand over the keyboard to them:

Lil'Brownie: "I get to start, new mom says I'm her favorite! OK, so there we were, minding our own business, catching moths, when..."
Bernadette: "Who said you could go first? I'm the biggest and most beautiful, so I should go first! So, we were eating bugs, and the big man picks me up and hands me over to new mom..."
Barbie: "You are such a show-off...'Goosey' peep-hee-hee-peep! Little boy picked me up and Lil'Brownie and carried us to the car..."
Bernadette: "Don't call me 'Goosey'! New mom said my name is Bernadette! Anyway, in the car was a big cage and we got to watch the world go by very fast..."
Lil'Brownie: "Goosey, Goosey, you sound like a goose! nonny-nonny-peep-peep-nonny! New mom covered up the cage at night and we got to sleep in the car..."
Barbie: "We got something called a 'side-salad' for breakfast with our feed, and boy was it yummy!!"
Lil'Brownie: "You guys kept hoggin' all the tomatoes!!"
Bernardette: "Oh, like you should complain! You are soooo spoiled, new mom kept holding you and hand-feeding you! And I don't sound like a goose, my voice is changing, new mom said so."
Barbie: "New mom kept doing that flashy thingy at us the whole trip, what was up with that?"
Bernadette: "Well, when we got here we met all our new sisters. Some of them are still a little snooty, but my beauty and charm will soon win them over..."
Barbie: "Spare me! I think everyone is really nice, but I especialy like hanging out inside the fan cooled coop. I met the other Barred Rock, and is she BIG! I cant' wait to be as tall as she is!"
Lil'Brownie: "Everybody is big!! I'm the littlest here! That's why I let new mom pick me up and carry me around all over. Besides, I like all the attention..."
Bernadette: "Hey, there goes new mom to the run with more treats...come on girls!"

Picture taken over my shoulder while cruising south on I81:
In foreground: Bernadette (Goosey during trip because of the way she was talking), a Delaware or Columbian Wyandotte. Center: Lil'Brownie, a sweet, little Specked Sussex. Back: Barbie, Barred Rock cutie.

Picture of the girls checking out their new coop:

OK, here goes:
I've been doing an lot of reading over the past few months on this, and I am sure I am probably doing something wrong, so those of you with more knowledge, correct me please.
I want to provide a 1:1 ratio of mash:scratch. The layer mash I get has 18% protein.
In any ratio of mash to scratch, the minimum to maintain is 15% protein. I am going for 22-24% protein.
A scratch mixture of at least two grains is usually best for the laying hen, so I've overdone it and am using four. Each has a varying degree of energy content and benefits. You don't want any grain to be more than 50% of the scratch feed. Also, I've read that it is best usually fed in late afternoon and that overfeeding of the scratch will lower the feed intake of the mash and decrease their protein intake.
I am aware that summer/winter seasons will make a difference in the feed ratios, and that wether or not hens free-range also makes a difference.
So this mix is based on the fact that my hens do not free-range, get veggie/leafy greens in AM, and this mash/scratch mix in afternoon beginning in July of this year (when my pullets will be 19 wks old.)

Final cost breakdown is $1.45/lb. So... I've mentioned before that my girls are the Paris Hiltons of the poultry world, haven't I? Oh, for the record:
-I'm not sure what I'm doing, most of this info has come from reading several thoughts, theories and weighing out the plusses and minuses of each of the items listed.
-I want to provide a high omega3 diet to decrease cholesterol content in the eggs.
-granulated garlic is used to reduce smell in coop. 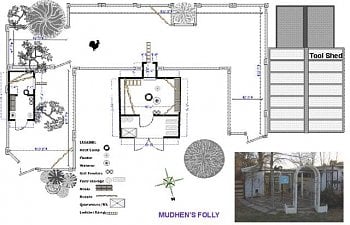 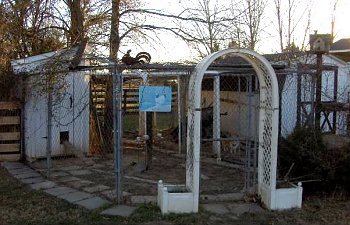 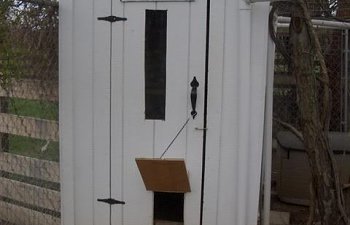 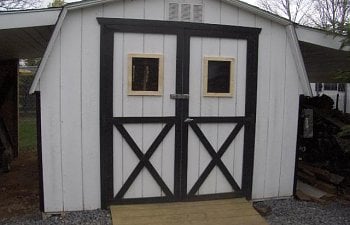 APRIL 2011
Lost some of the girls:
Millie: died peacefully at 6yrs old- Oct 2009
Loise: developed 'night blindness', did not go into coop and froze to death. Feb 2010
MillieMe: Disappeared... hawk suspected May 2010
Mrs. Beasely: Unknown. Became lethargic and passed away within 2 days. June 2010