Article Reviews (3) Gallery
Leave a rating
Soon after I built coop #1 I realised that the run height was a big mistake. It was only 48 inches high, which meant that anytime I had to catch a chicken or clean out the run I had to adopt a back-breaking hunched over position. For very little extra money and time I could have made it full height so I could stand upright.
Here's what it looked like right after I built it in 2009 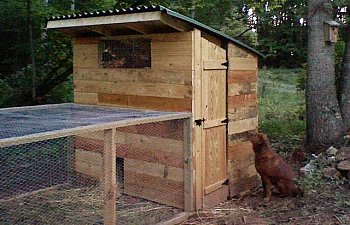 After two years of putting up with it I decided to retrofit the coop with a taller run. 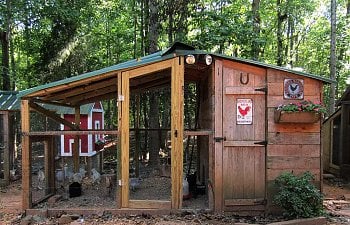 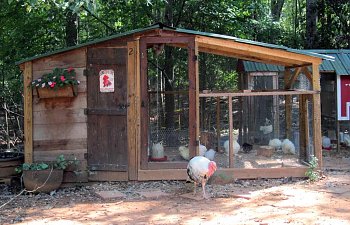 Besides the ease of cleaning out the run I discovered that another benifit of an easily accesible run is being able to just hang out with the chickens and feed them their favorite treat - mealworms.
Reactions: Korzak

Nice coop.
How hard was this to do? What steps did it take? Did the wire have to come off or were you able to just add on?
Nice! Would have liked more details on the build.
Read more…