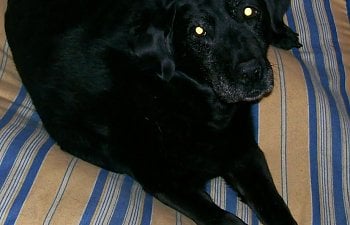 [FONT=book antiqua,palatino]Sara was a faithful friend, who I love and will never forget.[/FONT]
[FONT=terminal,monaco]On febuary 19, we had to put her down. She was getting old, and she had no control over her bladder, had artheritis. She never had an accident in her life, and suddenly she stated haveing them. She was embarressed by them, even though we did not get angry at her or yell. When the day came, we gave her a whole waffle to herself, let her wander werever she wanted to go, since she had artheritis she couldn't wander very far, and after a few "no's", she had learned that chickens were not for caseing, eating, killing, or otherwise harming them, she just ignored them, so we knew that the chickens would be OK. During the entire day she was here, I did not cry. I did not want to upset her, and every time I began to feel like I was about to cry, I got away and did somthing that required my full attention, just so I did not cry. As soon as dad got home, I suddenly turned around, I felt like I was about to cry. When I turned around again, I managed a forced smile and said as cheerfully as I could, "Hi dad!" Then after a short time, dad took her on her last ride to the vets. As soon as he pulled out, I sat still, just stunned. Then I began crying. The rest of the day was horrible for me.[/FONT] 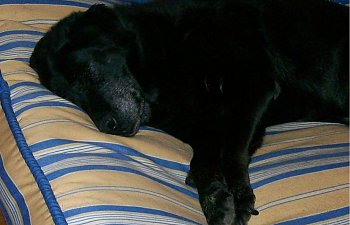 [FONT=georgia,palatino]I cried the entire night, except for when mom and dad came home. They brought me a laser pointer, to play with our cats. The cats did not like it, but my baby sister did. She learned to crawl, with the aid of the laser pointer. [/FONT] 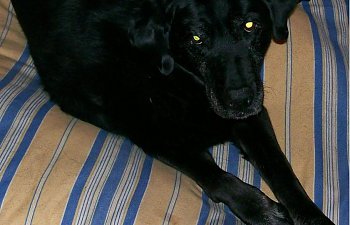 Sara's favorite things were her tennis balls, her human family, and the pond. She loved her tennis balls to bits, she was always begging us to play with her. If no one did, she just threw it by herself. Later in her life, we had to make sure we did not throw it too far. She loved her family so much. When we got an ivisable fence, dad led her out to it to show her what it did, but instead of stopping when she got shocked, she kept going. Dad thought the coller was not working, but it was. She kept going because she thought dad was getting shocked too. Her favorite place to go was the pond. That place combined the 2 things that she loved best, tennis balls and her family. We would go to the pond an play for hours, each of us having the time of our lives. 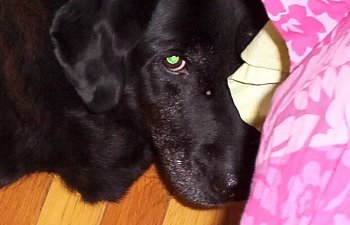 [FONT=times new roman,times] Sara hated loud noises, fireworks, thunder storms, cameras, and most esspecially guns. On the fourth of July or during a thunderstorm we were not afraid of her running away, because when she was scared, Sara thought it was her duty to protect her family. She would pace up and down the halls, checking to see that everyone was O.K. What each of those things has in common is a loud bang, and/or flash. The fear of thunderstorms probably originated with her fear of guns, then fire works, because it had a loud boom and a flash like thunder, then finially the camera, because it had a flash like thunderstorms and fireworks.[/FONT] 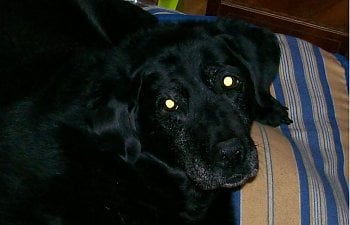