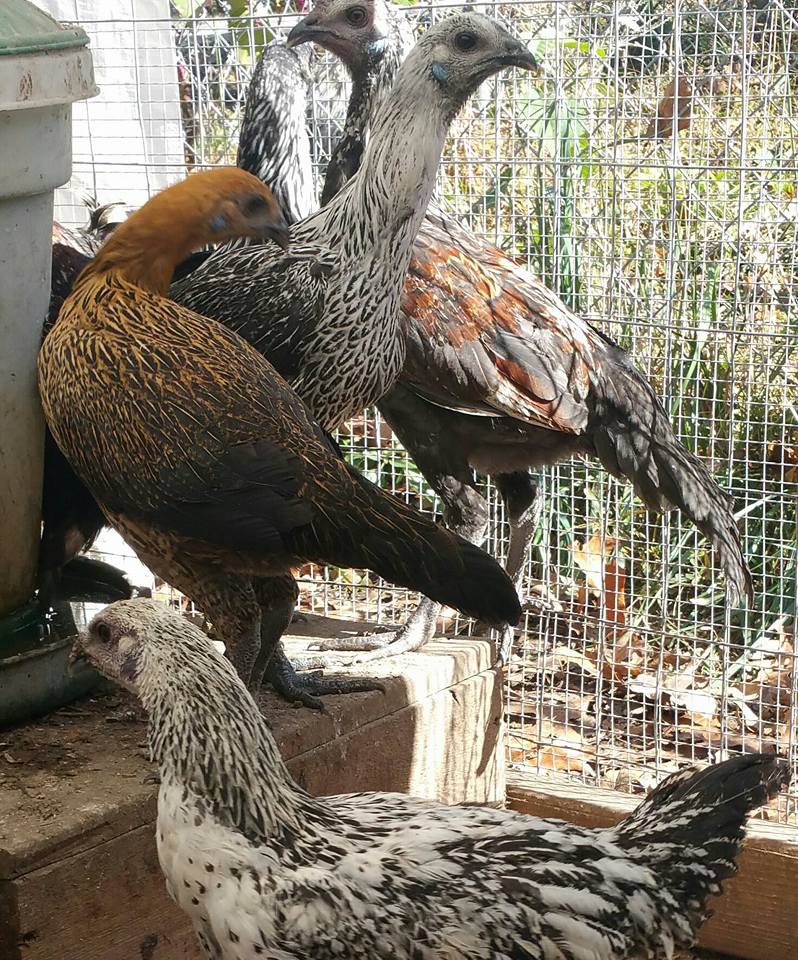 Egg Color
off white to cream

Breed Colors/Varieties
a lot of variety

Hmong chickens are a land-race chickens raised primarily by the Hmong hill tribes of East Asia and South East Asia. The Hmong chickens are a fibro-melanistic breed of chicken. Hmong chickens first arrived in the USA in the late 70s with the arrival Hmong refugees from Laos escaping a civil war between royalists and communists. There isn't a set standard on how Hmong chickens are supposed to look like since they are a landrace breed however there are still defining characteristics that are associated with their breed. Depending on where you get your stock there will be slight differences. The Hmong chickens from America comes primarily from Hmong refugees of Laos. These birds tend to have an upright body, tight feathering, mulberry to dark skin, pea combs or straight comb. they also should have the ability to be broody and being fierce mothers. Some will give out blue lobes but it usually isn't necessarilly a needed feature. These birds tend to lean towards an oriental build with some game or jungle fowl influence. Hmong chickens in other parts of Asia will differ, for example the Hmong chickens in Vietnam tend to lean more towards an asiatic build with some hints of oriental influence. More common colors one can find in the Hmong chickens are the silver and gold versions but other colors are availablle after all these guys are a landrace. What they lack in the egg department they make up for it in their ability to freerange well. They are great as a flock bird, some roosters may display aggression towards other roosters but nothing too serious like that of game breeds. Their meat is flavorful and the best parts is arguably the dark meats, they make a great soup bird which their human counterparts have made with for generations. They are decently heavy but that also depends on the particular strain you are working with. Of course it is a black meat breed hence the fibromelanistic title they are given but don't be alrmed if they aren't super mega dark. In the white Hmong dialect "qaib xiav nqaij" means blue skinned chicken, Green Hmong dialect often calls them "qab xav nkaaj" meaning blue indigo chickens.
Reactions: Papmike, Cazook, chickengr and 3 others
Share:
Reddit Pinterest Tumblr WhatsApp Email Link