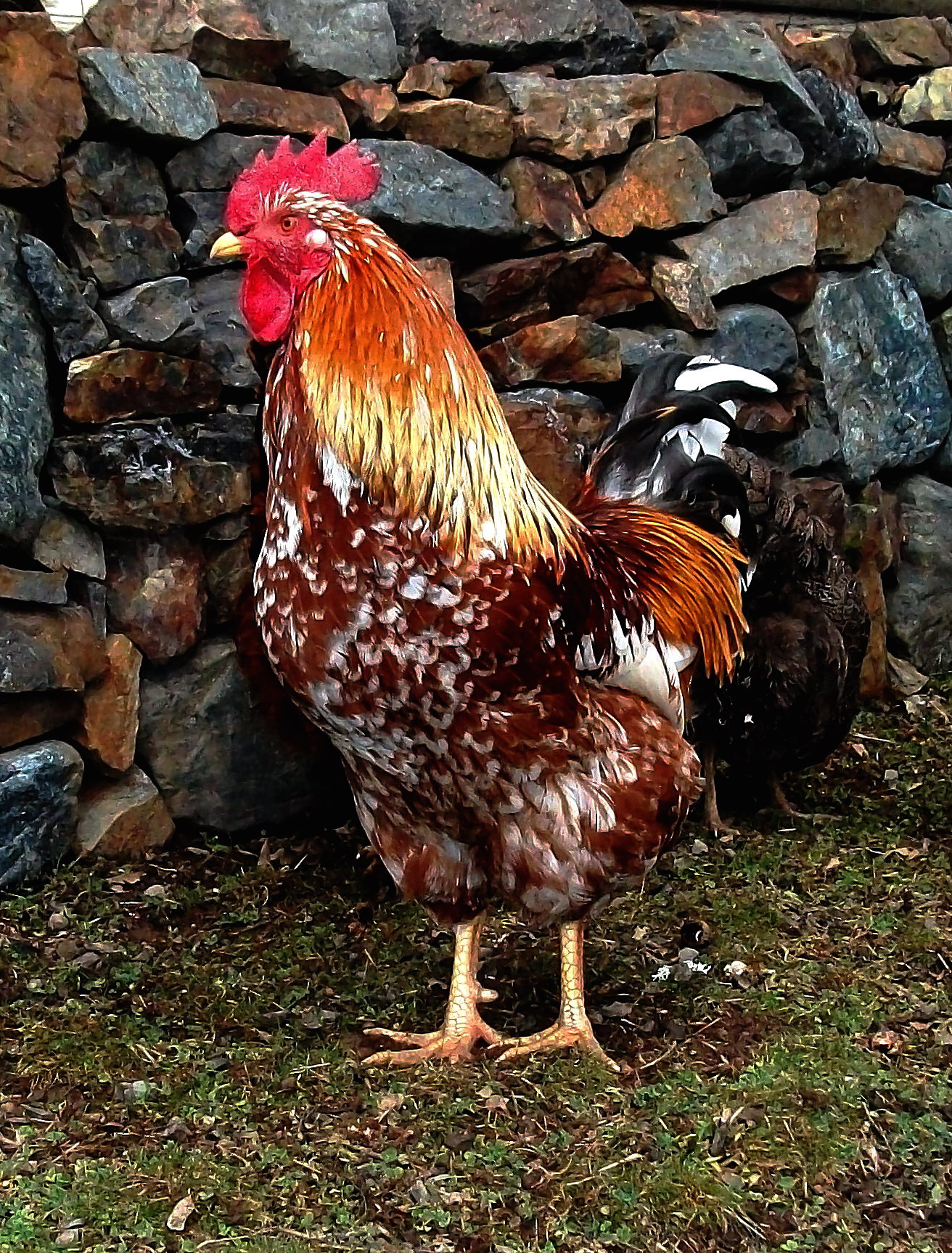 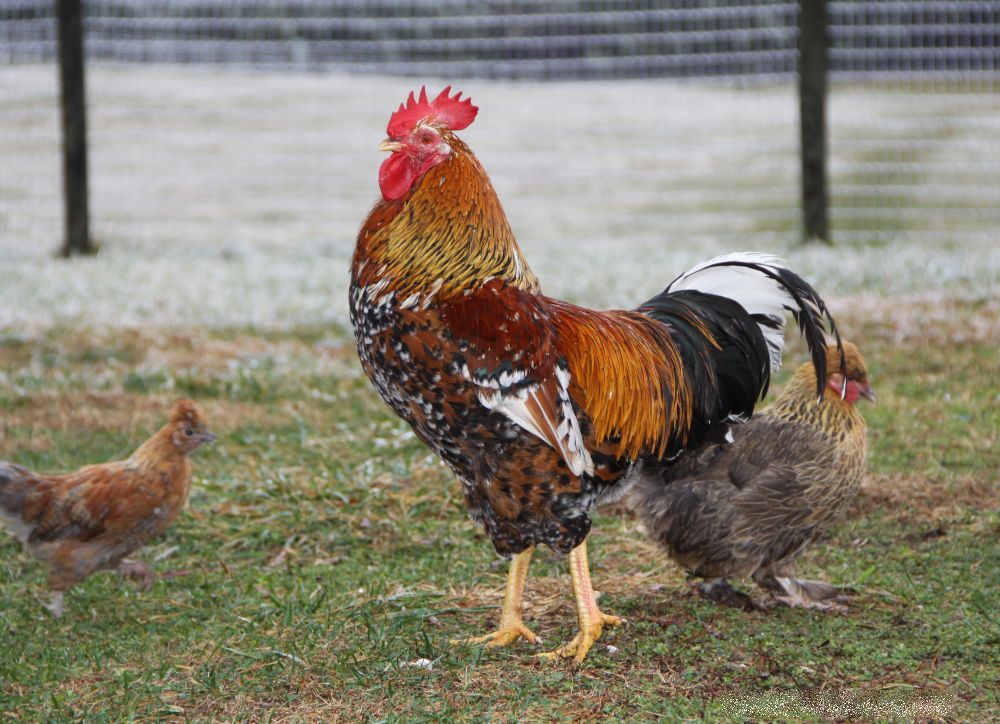 From the Greenfire Farms website:
Swedish flower hens emerged as a landrace several hundred years ago, the product of a now forgotten mix of primitive breeds that were brought to Sweden by settlers and conquerors. As a landrace, this breed was not intentionally created by a breeder carefully selecting birds as part of a structured breeding program. Rather, this breed was created through natural selection and random pairings as the breed adapted to the climate and conditions of the Sydskånska Plain in southern Sweden.Swedish flower hens are the largest breed of chickens native to Sweden. Roosters can weigh as much as 8 lbs. With the commercialization of Sweden’s poultry flocks in the last half of the 20th Century, this breed almost became extinct. A couple of decades ago remnant flocks were identified in three small, rural Swedish villages and a focused effort was made to save the breed. By the late 1980s fewer than 500 birds existed in the world. Today, about a thousand Swedish flower hens live in about fifty scattered flocks, and until Greenfire Farms began working with this breed, few if any could be found outside remote villages in Sweden.

Swedish flower hens are called blommehöns in Swedish; literally ‘bloom hens.’ The complex and brilliant color feather patterns of the birds do, indeed, evoke the image of a tangle of wildflowers. Their full visual appeal can’t be adequately appreciated unless you witness firsthand the rich and striking colors of the birds.

Few breeds are as practical as Swedish flower hens. The roosters have a powerful upright bearing and a broad chest. The hens are prolific layers for most of the year, and they far out-produce other breeds like Orpingtons. The first ‘pullet eggs’ produced by a young Swedish flower hen can be rather small. Be patient: Within a few months the hens will be generating extra-large eggs that are perfect for the table. The breed is also well-adapted to colder temperatures. Occasionally, flower hens have a feathered head crest, although the woman from whom we received our first shipment of birds selected against this trait in her flock. We later were able to locate and import four crested birds from an unrelated flock, so we have the ability to produce genetically diverse chicks in both the crested and uncrested varieties and in all the colors associated with this breed: black, gray, white, and red. 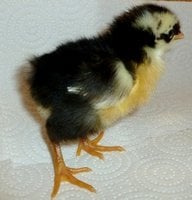 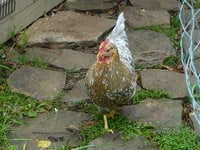 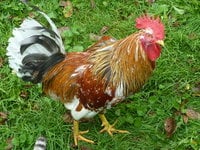 For more information on this breed and their owners' and breeders' experiences with them, see our breed discussion here: https://www.backyardchickens.com/threads/chicken-breed-focus-swedish-flower-hen.1158821/
Reactions: BlackHackle, chickenmeadow and ps381
Share:
Reddit Pinterest Tumblr WhatsApp Email Link

Pros: Sweet , friendly ,inquisitive and very smart ! The variety in color can be very remarkable and very surprising- .
Cons: Tendency NOT to go broody! Incubation in a bator can be VERY challenging in my experiences the hatching after pips can go wrong very quickly. ***Cannot Breed Crested to Crested Birds** very important !
My FAV Breed of Chickens ! I Love this unique landrace breed and I have a wide variety of color variations - Black Milles,Blue Mottled, Blue bases, Splashes and Reds -all unique and slightly different- which is an asset to the breed. The variety can also include Crested Hens too ! My birds come to me immediately when i call them or approach their outdoor and indoor pens. Roosters are friendly and good tempered - but good at their manly role 'Jobs" of breeders and protectors. I have had very very few mean Roosters (although they are hand fed from babies ). Roosters can be raised together with minimal fighting in my experience. In breeding stocks -and in the genetics for survival of Hens ....DO NOT BREED CRESTED TO CRESTED birds...this can result in high vaulted skulls that dangerously become a risk to hens with loss of sight and intelligence (it becomes an undesirable genetic defect)
If you are interested in hatching eggs - there are a few tricks I can recommend-
I Suggest the Dry hatch method of incubation. This breed requires LARGE AIR CELLS for hatching. When Candling prior to lockdown - set the eggs when the air cells as large as possible (this could mean holding some back from lock down for a few days longer -BUT always watching for internal piping) thats the tricky part. For the Best hatch successes and survival rates - Let an experienced broody hen take over the eggs from day one. This is the best way of getting live chicks hatch for me! In a nut shell- UNIQUE and sweet. Cold Hardy and adaptable in many climates -thus the "landrace" that is an asset to survival over the harsh winter climates in the Northeast (We live in rural upstate New York)

Reactions: Farmpearl, NHMountainMan, Eggscaping and 8 others
Pros: Very friendly, a total lap bird
Cons: None so far
I only have one SFH out of nine various breeds, so I'm not an expert, but Princess Buttercup is my very favorite. She's adorable, about 12 weeks old, and comes running every time I go out there. She's quick to jump in my lap and just hang out and is one of the most beautiful chickens I've ever had. I love her crest. What do you think? 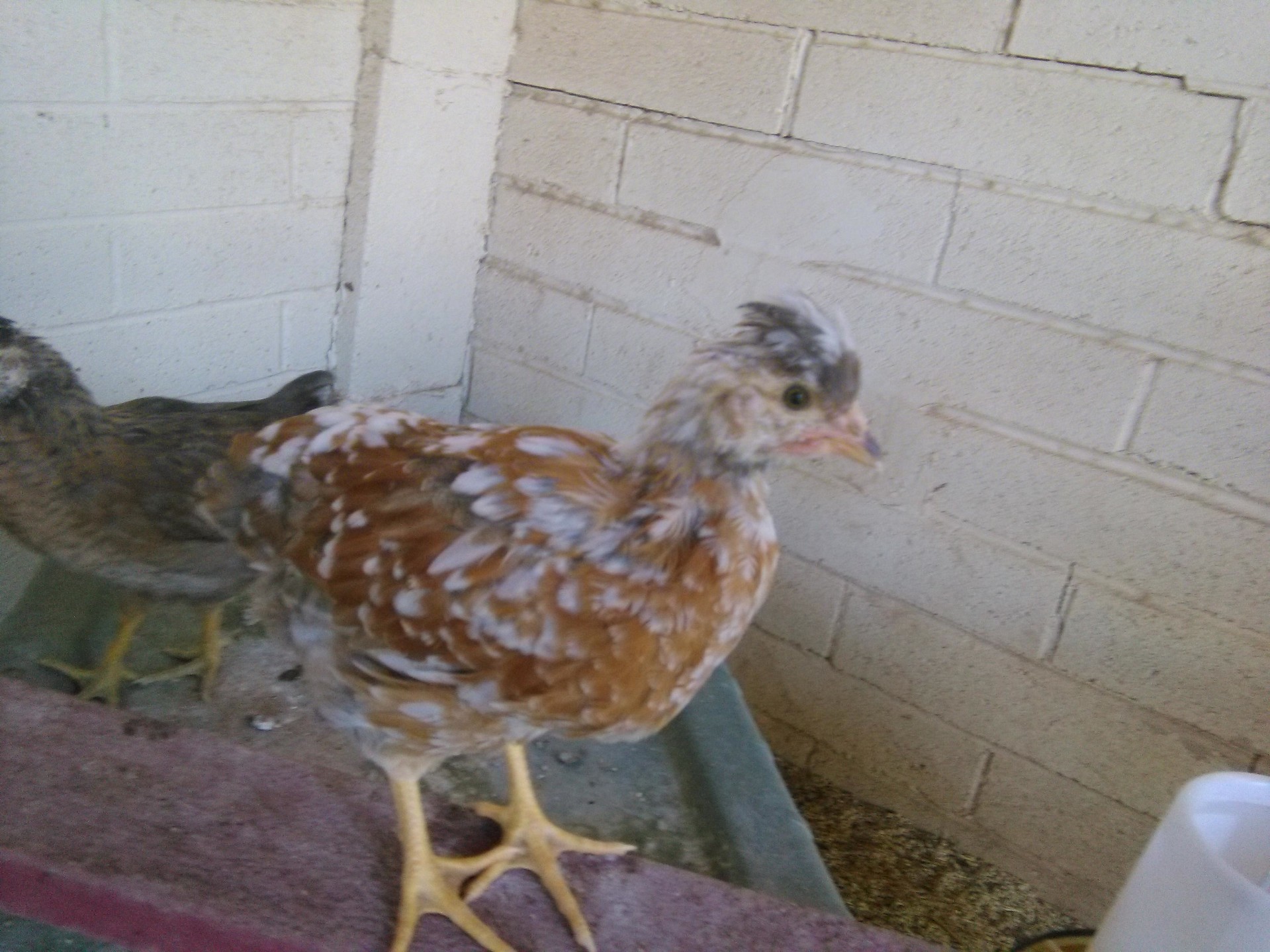 Wmaddox
Ha that’s what I named mine . She’s beautiful, calm and at 3 weeks she’ll rest on my hand while the others chicken around.
Pros: Unknown
Cons: I don't have one yet
I absolutely love the idea of not knowing what you'll get! It's like being 6-years old and wondering what the prize is in a box of Cracker Jacks! I've ordered several chicks, but I really want BUDDIES for a Salmon Faverolle and Mille Fleur d'Uccle! Can someone tell me how many eggs a week they usually lay AND are they good layers in the winter?
Reactions: Jealous Gypsy, Larry Rose, Hybridchucks and 3 others
Read more…

are they good layers? Do they go broody? thanks
They are great layers. and 2 of them went broody in the beginning of Summer, which brought me these 2 beautiful chicks. I named them Bonnie & Clyde cause they are always on the run---outside the fence line. LOL
Bonnie & Clyde!
http://theresasarver.muzy.com/#lightbox_post_72908331
WOULD LOV PIC
these are so pretty
Funny!!!
Love that movie Forrest Gump
Ok, here I am. Where is the review?
They sound lovely! Very nice description! How are their size? Are they big eaters?
Actually I'm not sure of mature weights as I have never weighed them. They are generally the same size as my EEs (maybe just a bit larger). I will say that there does seem to be a range in their sizes from strain to strain. I have some pullets from "Dahligrams" (on the SFH thread) that are larger than most of my other girls. I feed my birds a 16% layer pellet free choice, with a daily portion of scratch grain or cracked corn (for recreation lol) and greens from the garden. They would love to free range, but too many predators here. I currently have about 30 birds (Swedish Flower and EE) and I use about 25-30lbs of pellets per week.
you shuld have just started a thread, you cant review something you dont have
A picture is worth a thousand words, I am guessing...
I have a theory that SFH roosters only become mean if they are in the company of roosters of another breed. When I had a SLW rooster with a SFH rooster, he got mean. When I just had Swedish roosters together they got along great. What do you think?
My SFH (they are called Swedish Flower Hen regardless of gender) was an excellent layer of large off-white eggs. She generally layed 5-6 eggs per week. She was skittish but never allowed the others to take advantage of her, in the middle of the pecking order. Others I know that raise them report the same characteristics.
Mine don't bully very easily. In fact, they can get rough with one another when the treats are thrown out. Mine slow down in the winter, but not any more than the other breeds that I have. Excellent free rangers.
Beautiful birds!
@BrendaChick - I am not a SLW or GLW owner but I don't think I will ever have them. Tilly's Nest had a SLW that was so mean that other hens in her flock were becoming mean so the SLW was rehomed. Tilly's Nest got a new batch of chicks with a GLW in the group and then there was a write up that the GLW was getting bossy. MyPetChicken.com said Wyans tend to be dominant so that was enough write-ups for my friend and I to ignore getting them. So I'm not surprised in your theory about mixing SLW/GLW roos with other roo breeds. I believe the Wyans should only be with other assertive breeds and not mixed with gentler breeds like Ameraucanas, SFHs, etc. Wyans are a gorgeous breed but I settle for non-combative breeds to eliminate drama in my backyard flock.
I raise these birds because they aren't only pretty, but they are incredibly friendly, and intelligent. By far the easiest to handle, active foragers, and very weary of predators. Egg production is great. Can't say enough about this breed, I absolutely love them and will work to preserve them for years to come.
I am considering getting some Swedish Flower chicks and I also live in NM. Would you consider sell some hatching eggs or chicks if you have any? I live in Grants, and I'm assuming you are in Farmington or Aztec area. Would love to start a small flock of the flower hens.

Thanks.
Just messaged you!

awww! there so ucte
You must log in or register to reply here.