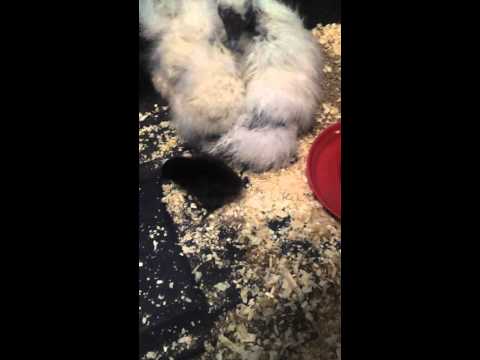 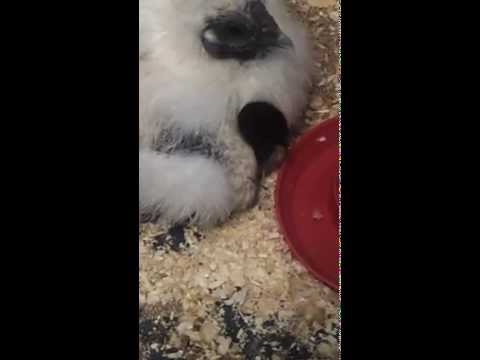 This is "Wildman jr" and sugar the hen. Wildman, the father is a large black Silkie bantam. Sugar is a small white Silkie bantam. Wildman was named because he refuses to live in the coop with the other chickens so I stopped trying. Sugar is not the genetic mom. The genetic mom could be a rir, buff orp or barred rock. Sugar sat on 6 eggs under a bush outside the coop thru thunderstorms and an animal attack of some sort to brood 6 eggs, only one hatching. The other eggs were cracked two days after Wildman jr hatched and found to be rotten with chicks in various forms of development inside. Sugar has some missing feathers on her back from a mean riw which pecked her a couple months ago but has since become dinner for me. I moved both of them inside to a large bin so no cats would eat wildman jr while he/she was so small. Wildman Jr's favorite location is under Sugar's wing looking out at the world.