I can't say it enough- I love October. It's hands down my favorite month of the whole year. I get giddy when I spy pumpkin ice cream, Halloween decorations, and that first yellow leaf. It's also the time that i grab my camera at the drop of a feather. So I present to you, Babies in the Fall.

The Guineas love Matt's new car. They really love the sound their claws make on the shiny new paint. 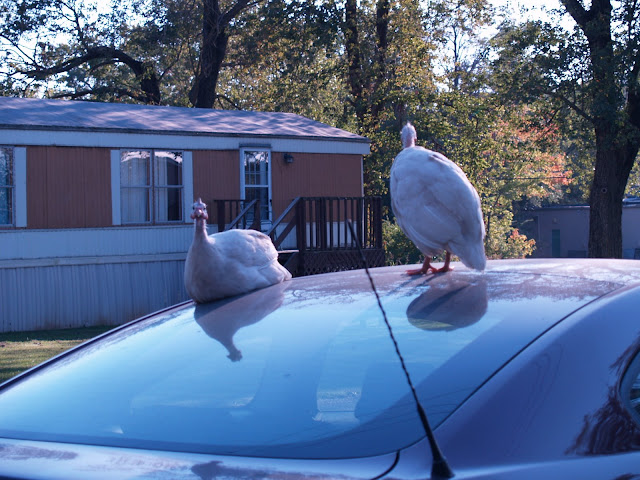 Owl'ra, the Big Man of the Coop 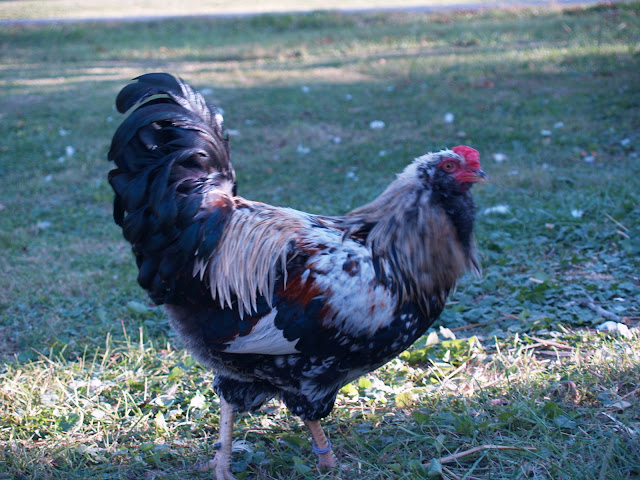 Ghandi, back on the grass after the fog massacre. He's still growing feathers back, but you can't see his spine anymore, and he's gaining some weight back. 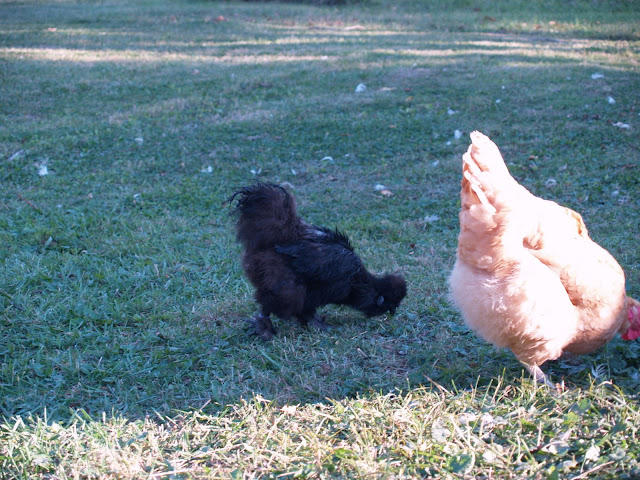 Everyone in the garden, cleaning up what's left. Spot the Guinea. 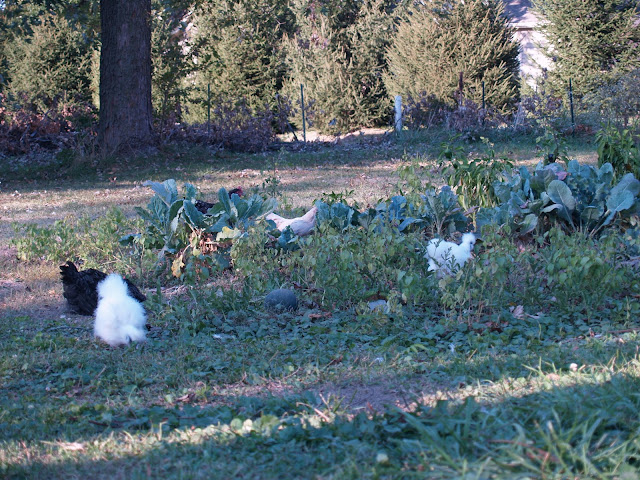 The Waterfowl Mafia disapproves of all this frivolity, and promptly breaks up the party. 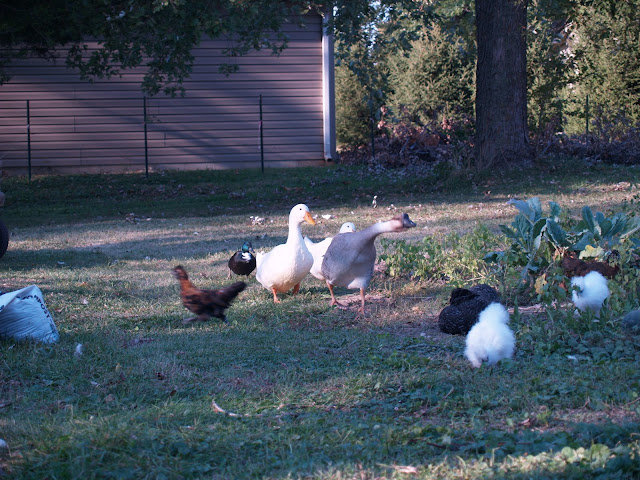 Frankenchicken. An OEG x Silkie (one of Ghandi's kids). She's actually quite lovely and very soft. 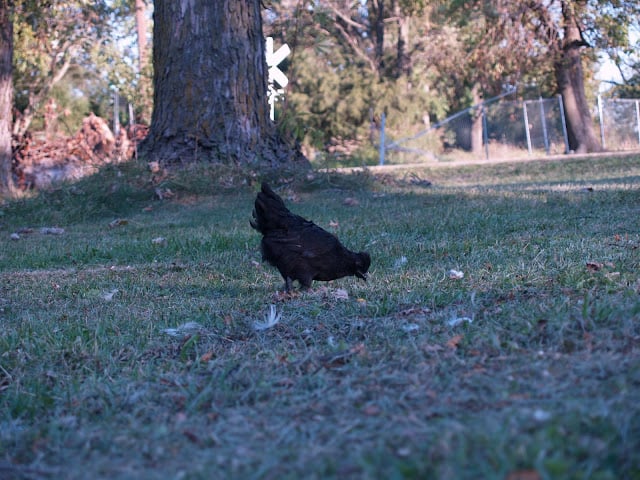 Frankenchicken is running with a rowdy crowd. Pretty soon, she won't come home at night and will only want to eat bugs. 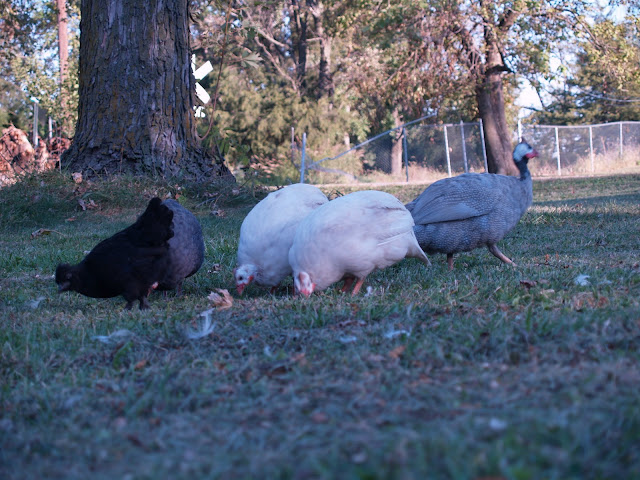 Bosley and his Angels. 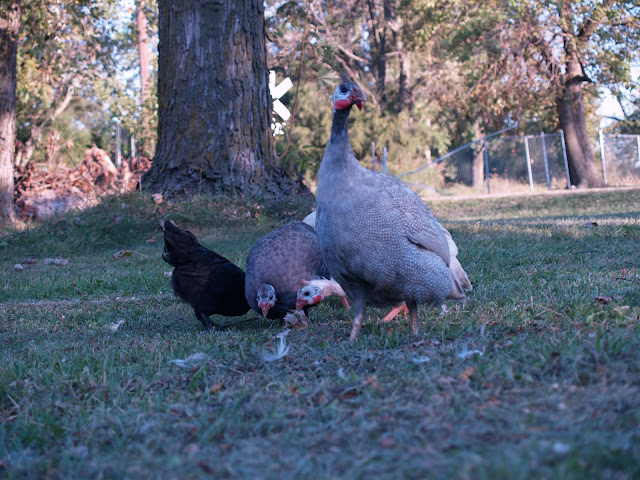 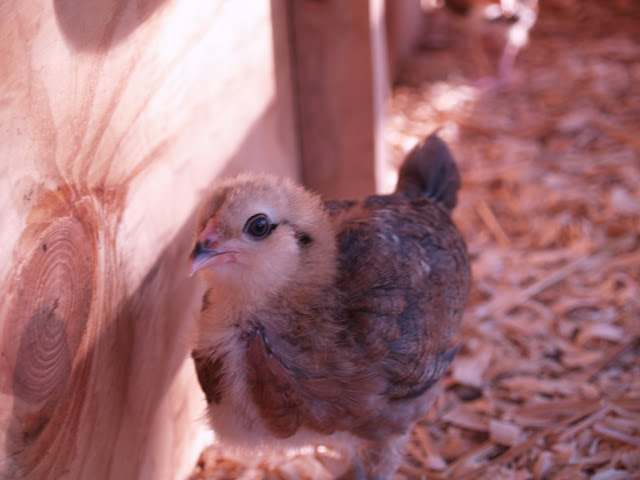 She likes to peck her own shadow. 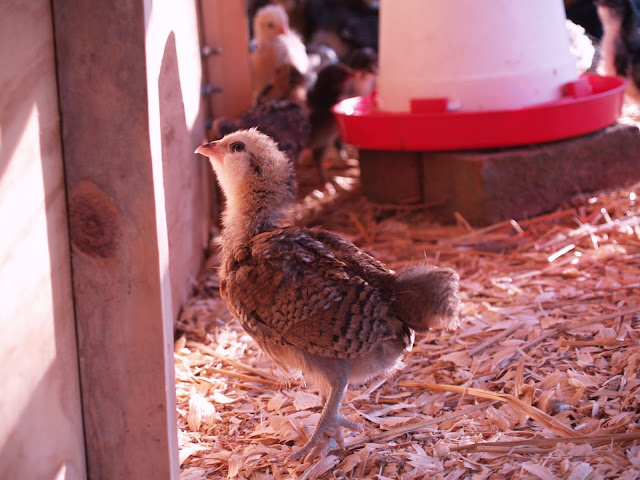 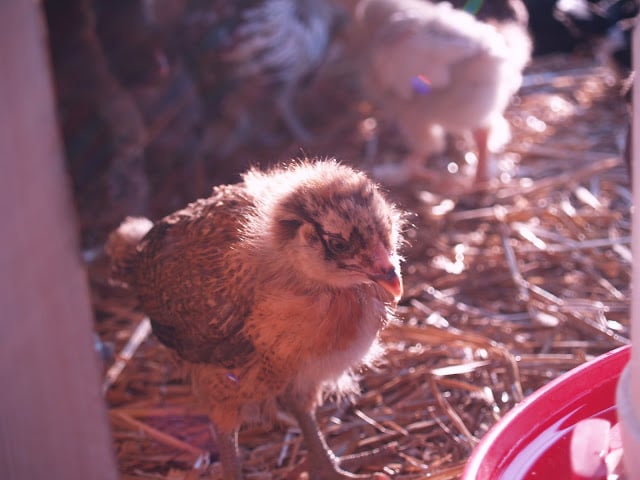 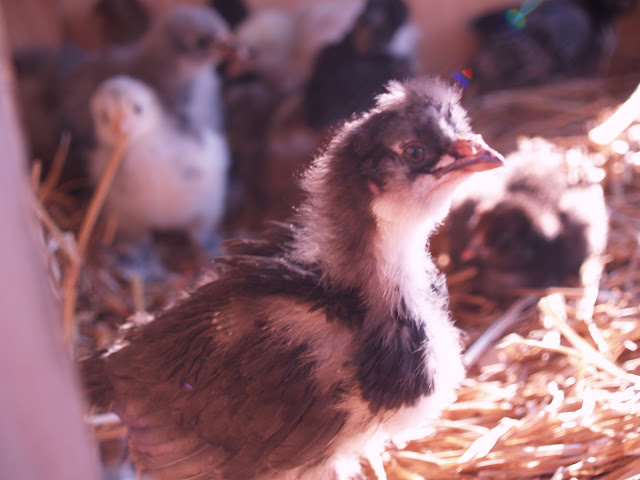 I has a roost. 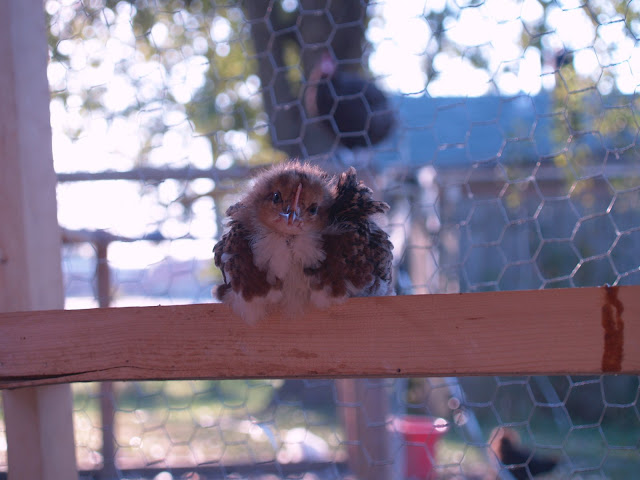 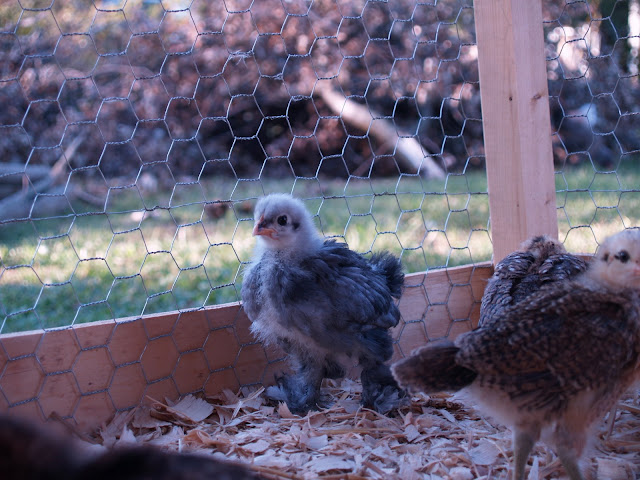 Queen Anne wants to know how to get in to the FULL feeder. 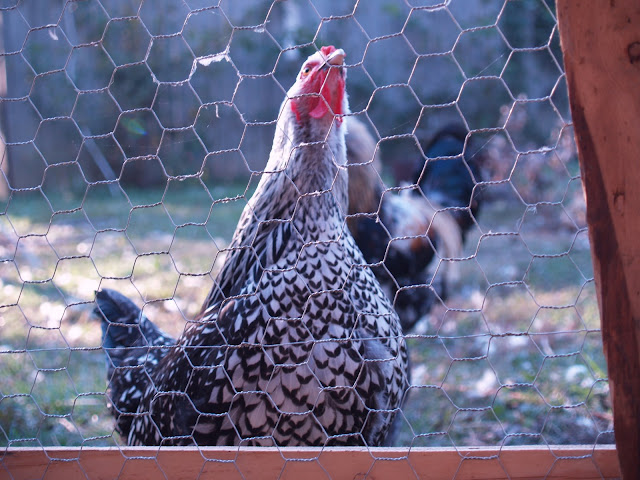 A Blue Cochin, an Ameraucana butt, a Polish in the back, and a Brahma standing WAY above the rest. 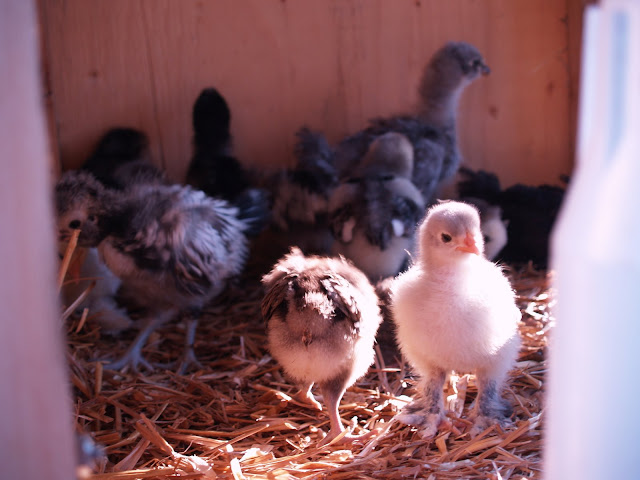 Gosh, what beatiful birds. I love the one on roost.

Queen of the Zoo

Thanks for sharing! These were great

The one on the roost made me giggle

Me, too, Zoomummzy! Cute little critters. Love your guinea pics. Made me miss my crazy nutjobs.

The Wilds of Western PA

I agree 100% about the roost pic. I've actually scrolled up twice to look at it again. I love the way her little head is cocked to the side.

You should submit the baby on the roost for the pic of the week!

Awww, I love the "I has a roost" photo! How sweet! Thanks for sharing these great photos. Your waterfowl mafia is a riot! Dontcha just love 'em?

Great pics! And..you were right..." dial up death" But, it was worth it just to see them. Owl'ra sure is a beauty!! Thanks for that pic.