Any help would be appreciated

Hello. I have a hen that has sadly passed away. I am trying to identify what may have been wrong with her to determine if it's a vital thing that may affect the rest of my flock. We have no vets in the area that work on chickens. It was extremely hard for me to watch her go and I don't think I can go through that again.
Here were her symptoms:

I found her laying on her side in the coop on Friday, I had thought she was dead.She was limp, not able to stand, but did eventually put weight on one leg while holding one leg up. She felt cold and stiff but the weather was very cold at the time. I brought get indoors.

She Kept her mouth slightly open. Her croup was not packed and she had no visible mouth problems and I did not see gapeworm.

No audible respiratory sounds. No drainage of any sort that I could see, but clear saliva was coming from her mouth, which I believe she was keeping open to breathe.

Her neck seemed twisted back but I could straighten it and checked for any broken bones, I found none.

Her pupils were very dilated.

She then started to stand on her own (both feet ) but could only walk in a standing circle. And she began to look around but kept her neck twisted and head a very dazed appearance and her head would tremble. At first I thought she had head trauma as I have a cat we found that had head trauma and had similar symptoms i.e. head shaking, tilted head, dilated pupils, dazed, etc.

She had lost a lot of weight. Would not eat or drink. She never once used the bathroom while indoors.(until she passed)

She passed early on Sunday after letting off a series of screams , severe seizure like jerking movements, and a large expulsion of her bowels ( which I believe was from stress, and we're extremely foul smelling, but not discolored). I held and soothed her and it was absolutely heart wrenching.

Unfortunately, I have now heard a few of my other hens sneezing, I did not hear her sneeze either before or during her sickness. I also had a duck pass away about 3 months ago that had some of the same symptoms but no sneezing and not the neck thing and at the time a few of the ducks had bumblefoot that I had been treating with vetrycin.

They are free range but kept in a coop at night. I use diatemacious earth but not daily it's just available to them. I have horses, sheep, ducks, chickens, dogs, cats, and a rabbit. I have had an extremely hard time keeping wild birds away from my chickens feed.

I'm sorry if I rambled but hopefully it gives everyone an idea of symptoms.


I have found so much info that I feel overwhelmed now and I guess i am looking for directions on what I can do to prevent anything from going viral to my flock.

Did you save the body or refrigerate it? You can send a refrigerated ( not frozen) body in to the state vet for a necropsy to look for cause of death. Many neurological symptoms may occur at the time of death, which can seem puzzling at the time. How old was she? Wry neck (twisted neck) and walking in circles can be be a symptom of wry neck, Mareks disease, and a head injury. Sometimes those symptoms can occur when there is a severe infection or respiratory disease. A necropsy is the only way to truly diagnose a disease. Sorry for your loss.

No, I did not keep her body. We buried her. I did not know something like that existed. She was a buff brahma bantam that was about 2 yrs old. I forgot to mention that she had her feathers continually puffed up and she hadn't been laying eggs for at least a few days possibly longer. And oddly enough she never had fertile eggs either. I have 3 babies that were hatched in July but were offspring of another hen and rooster I already own... Nothing new brought in. However, the sneezing I heard today was definitely one of them as well as their mother.

I was considering a full flock dewormer and decontamination of their coop.
If it is respiratory should I be watching for certain things or should I wait on the dewormer so as not to over load their systems with toxins? Should I add some vitamins to boost immunity in case of respiratory ? If so, what should i add?

Vitamins with probiotics would be good for their immune system. Many brand name feeds contain probiotics now, but plain yogurt and buttermilk are also good. Some brands of vitamins for the water are below, and you can read the label to see if they contain probiotics: 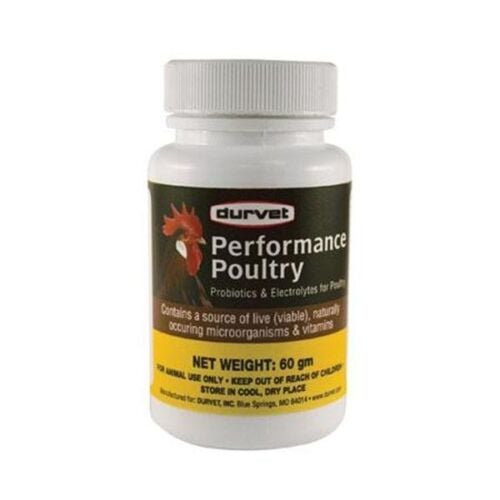 Thanks. I will pick some up. Or local ts should carry one of those.

Help! My chicken suddenly is twisting her neck!

Tuesday at 4:24 AM
Patchwork Farms

C
Chicken with legs out in front