Are these silvers and are they feather-sexable?

Hey yall! Lately I just hatched out some more babies, but they are grey

! Solid white male and pharaoh female. Are these guys silvers and are silvers feather sexable? If so, is it early enough to tell if they are m/f? Thanks! 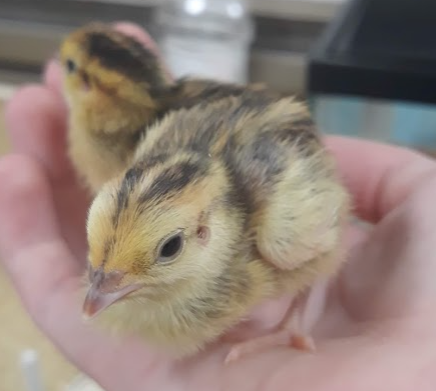 Here they are as baby babies 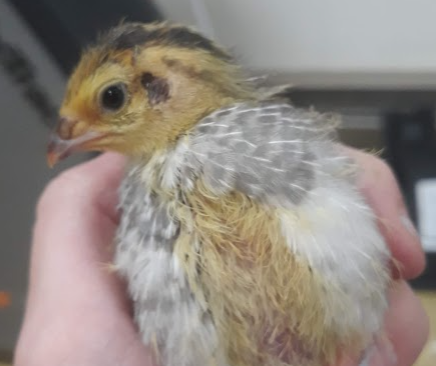 Here is Toaster (some friends named them 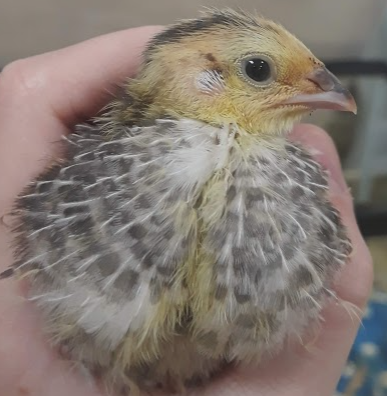 Just to make sure, female coturnix do weigh more than the males, right? Guy Fieri weighs a lot more than Toaster, so I am hoping Toaster is just a small girl rather than a boy

It's still to early to tell. You'll need to wait a little longer to be sure.

Quailobsessed said:
It's still to early to tell. You'll need to wait a little longer to be sure.
Click to expand...

Hmm... I thought that too. Are they silvers though? I was planning on putting up more pictures when they are fully feathered if they are silvers. Thanks!

Thank you! I don't know colors very well but I have been wanting silvers for a while but I guess now I don't have to order silver eggs! 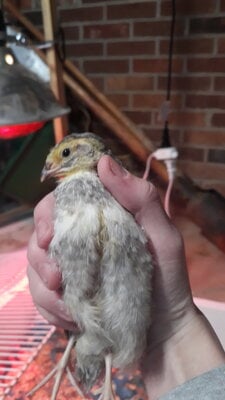 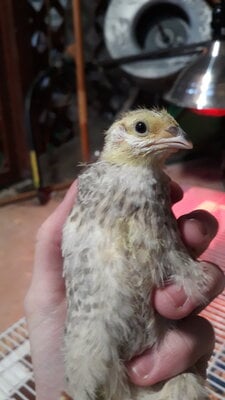 I'd guess that one of the parents had the silver gene. Here's a good video from myshire on the silver color.

NY Coturnix said:
I'd guess that one of the parents had the silver gene. Here's a good video from myshire on the silver color.

Myshire Farms is a really good resource. Thanks for sharing.

Can anyone tell me if they are m/f from the updated pictures? Thanks!

M
What feather color is this? (Coturnix Pics included)