I've been thinking about getting some cows, goats, pigs ya know whatever...Maybe make a little money off it on the side. I am not looking to be a millionare or anything. I just want to make my farm a little more productive. I am working on a fence to put up around 15 acres of my property. If things go well, I will look into expanding on the other 200 acres. I live in Texas btw and most people around here keep cows.

What do you raise and is it profitable?
Any info on this would be MUCH appreciated.

Might want to stampede over to our sister forum. www.backyardherds.com

Quote:
Thanks, I hope they can help!

Around here it is goats. The price of a goat seems to be pretty solid, between the meat market, people wanting them for 4H and people wanting them as pets and their relative low cost on the feed end it makes sense. The market for a private sale meat goat to the middle eastern population and mexican folks is strong as well with some paying triple what the stock sales bring per pound.

Free Ranged livestock is kind of hard here, we are just outside the large population center so some intense marketing could bolster sales, but as far as large livestock, not many have the room to allow them to graze without having to supplement feed. One good snow storm and the profit rolls out as the hay has to be fed all winter. Pigs are not real pricey here either, fair market but not record setting. A young 4H pig starts at $70

Chickens are about average, benefit is no restrictions on who can have them but the meat market isnt strong. People here still think store bought is the same and wont pay more for farm/free range. Closest place to me that sells eggs runs $2 a dozen and $3/dz with neither selling enough to create a profit.

I had started working the property up to raise Deer, even had someone willing to write the check for the fencing and intial breeding stock. However the CWD outbreak in one of our counties has the permit process all but stopped and no one can get a permit for the foreseeable future. With semen straws fetching big dollars from a solid Buck, the money is there.

Good luck, making money with livestock is tough but can be done!

Quote:
Thanks, I hope they can help!

In our area goats and the ethnic market are the way to go. Not sure what texas is like these days. Goats sell for far more per pound than cows and are more feed efficient. Not to mention here in the mountains they have an endless forage ground.

Quote:
Thanks I really appreciate the information!
God knows we have enough deer to feed all of Texas lmao...I put a game camera up the other day behind our house and got over 10 pictures in one night. I haven't looked into the deer farm idea but it might be a good one!

I have looked into goats! We do have alot of Mexicans in Texas, obviously, that love their goat fajitas.
Thank you both for the insightful replies.
Goats would be much more cost effecient in the short run than cattle me thinks. I will check prices at the stores tomorrow.

Goats at auction are going for $2.50/lb. LIVE WEIGHT around here.

Quote:
A 30 pound goat here goes for $100 and up, auction prices are the same and vary a bit here and there. CL is full of ad's locally and the average goat sells for $75 to $175 and higher for "pet" goats. Not a bad margin!

over here minipigs are pretty popular and gor for around 100 per piglet....but once youve taken into account all the food/injections/straw/hay etc that you go through..you dont really make much profit!

we've just had 7 born today..its my sows 3rd (and final) litter although she throws out lovely colours i think 3 litters is enough. 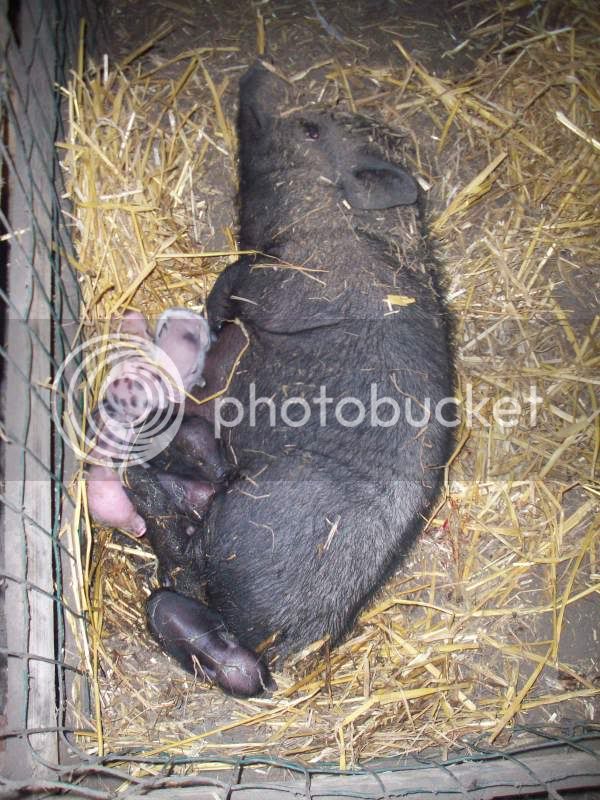 and the little runt Isabel.. 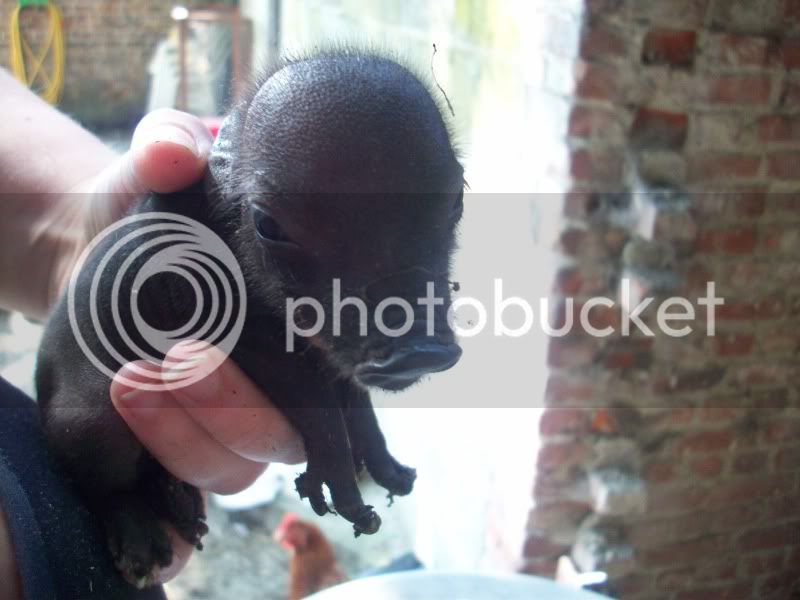 We have a cow herd....prices have been good the last couple of years, but I'm sure that will change in the future.

I don't know what part of Texas you're in, but here 15 acres would only carry 2 pairs for 6 months of the year if the weather cooperates.

As far as is it profitable? Not at first it won't be by the time you pay for the cows and the fencing materials, etc.
Last edited: Sep 1, 2011

Just got my first cow!