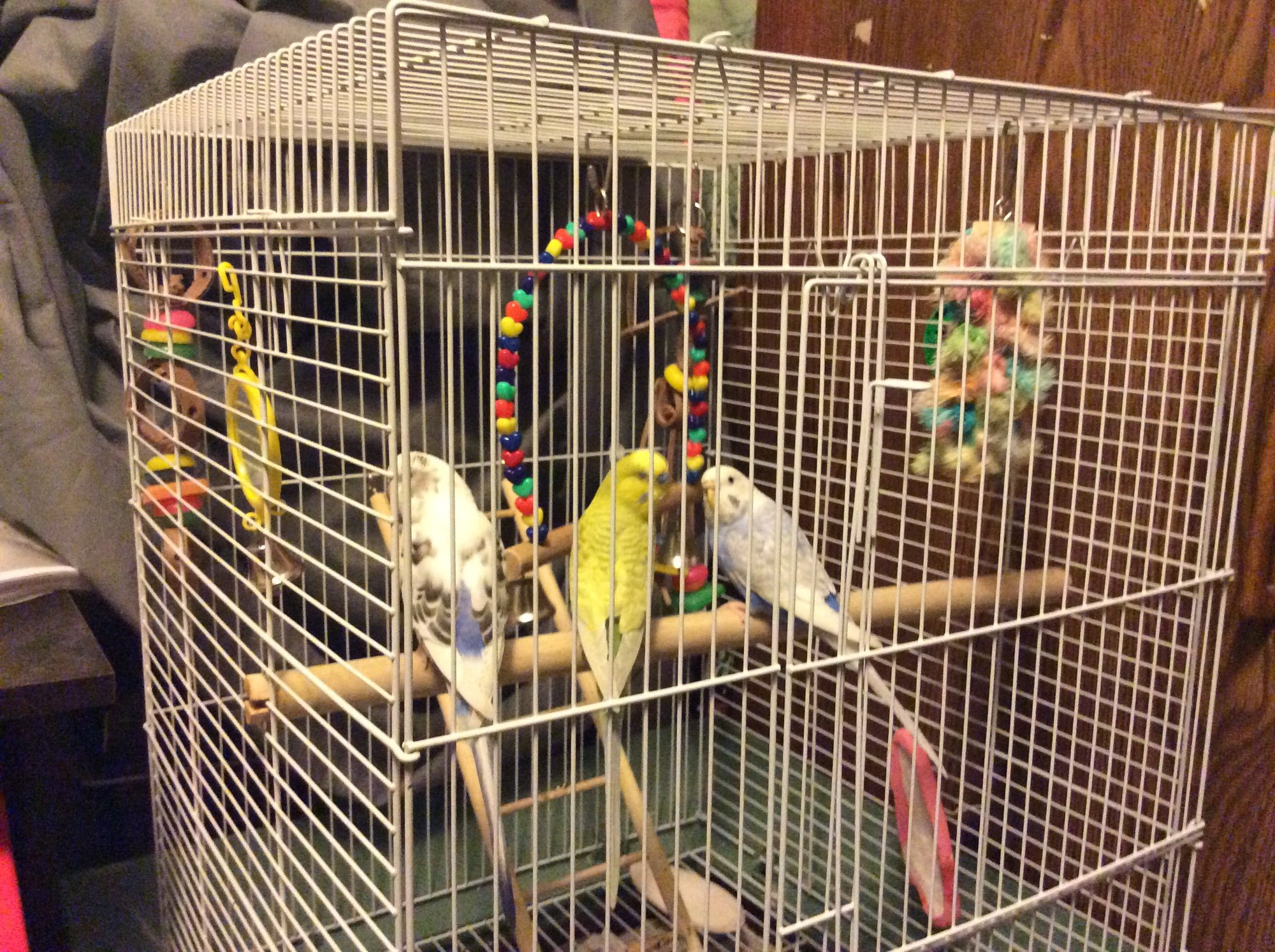 Hi! I’m Mew37, call me Mew. I have gotten many chickens throughout my chicken years. I got 3 birds named Peggy, Ned, and Meg. They are parakeets(?) or budgies.
Here’s my chicken story of Digger, Wobbles and Sunny.

I was 4 or 5 when I got my first indoor chicken named Digger.
Digger was a nice little rooster but he had mental problems and crooked beak.
Either way, he was fine. So, Digger didn’t know how to eat bread, which, we taught him. Digger got sick multiple times and then one day, his little heart just stopped. I got so sad but then poof, Wobbles appears after a few years.

I was 10 (which I am right now atm.) when we hatched off Sunny.
Sunny was the oldest of the 4 chicks (which one died!) as siblings. Sunny is still alive and going as she lays eggs for us, she’s a hen that’s not a year old yet. She was hatched with Sylvester and Lucy and now Sylvester and Lucy live in a coop. Sunny was my friend and she’s good to be around. Sunny will come up to the door and let me pet her but Elvis (Black and Orange moptop rooster without a tail and aggressive) always appears after.

I got a picture of the 3 birds I have btw. The green ones a male, the blue and whites are female.

Chickens are always an adventure aren't they?

Nice budgies. I currently have 4. They are nice little birds.
M

mew317 said:
Are parakeets and budgies the same? Also, parayeets are cool.
Click to expand...

Parakeets includes many different species. Budgerigars get grouped into the group because it's body shape is that of parakeets. So they are parakeets, but their official name is budgerigar or budgie for short. Most Americans say parakeets probably because their are no native species of parakeets in America that aren't extinct, but maybe the name was just easier to use.

Hi Mew!
I love budgies! I'm planning to get a pair of them on Christmas.
M

I spelt parakeet wrong. Also, cool! The green one is Ned, the blue but white headed on the right is Peggy, and the one on the left is Meg.

You have some nice colors. 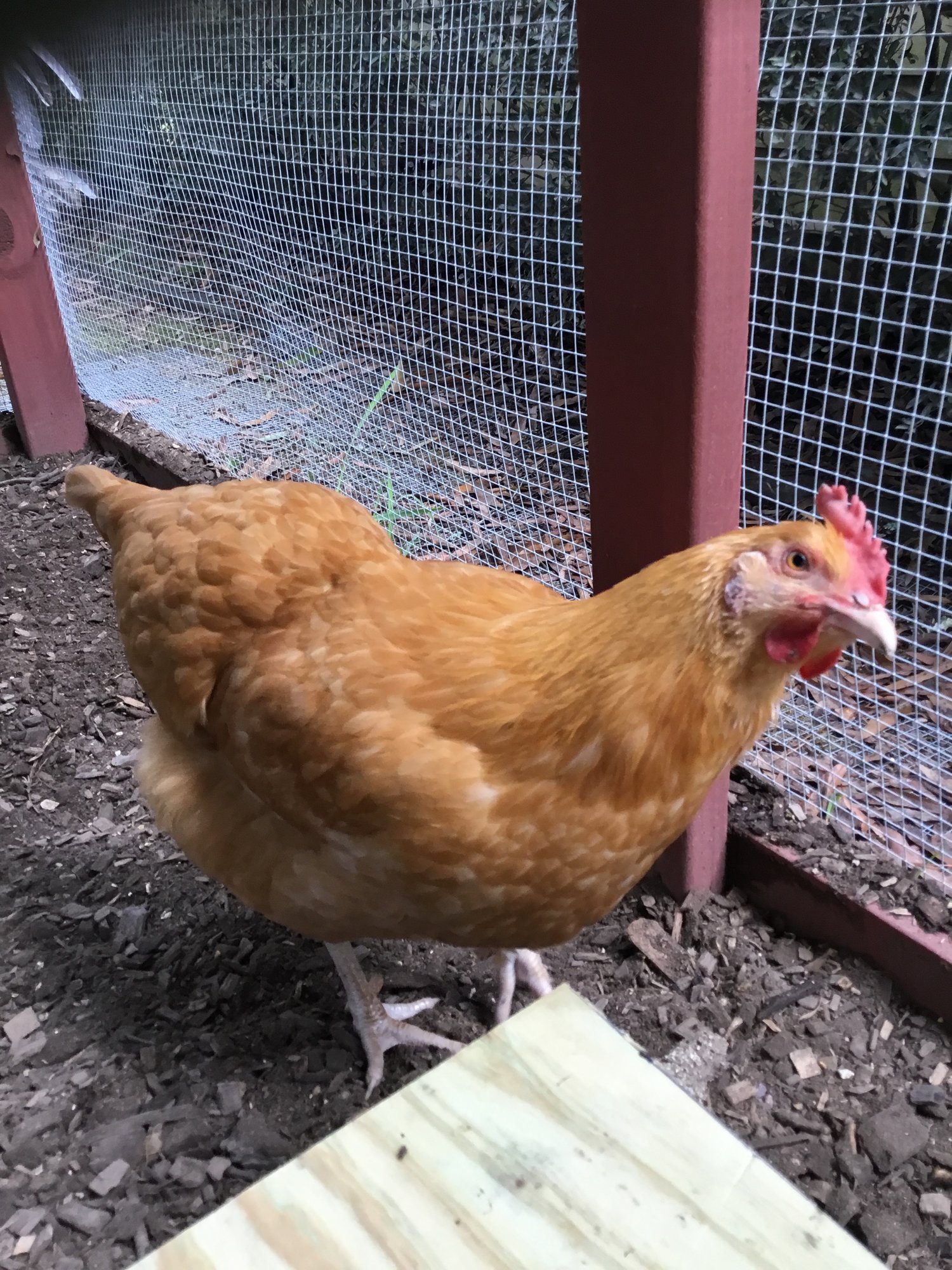 Hi! My daughter has three parakeets as well.. I’d like to have an Avery full of them some day..
And I also have a hen named Sunny

Cool! I could possibly find a picture of Sunny or have to get her out in the morning. She’s a nice hen that’s small with no chicks yet. 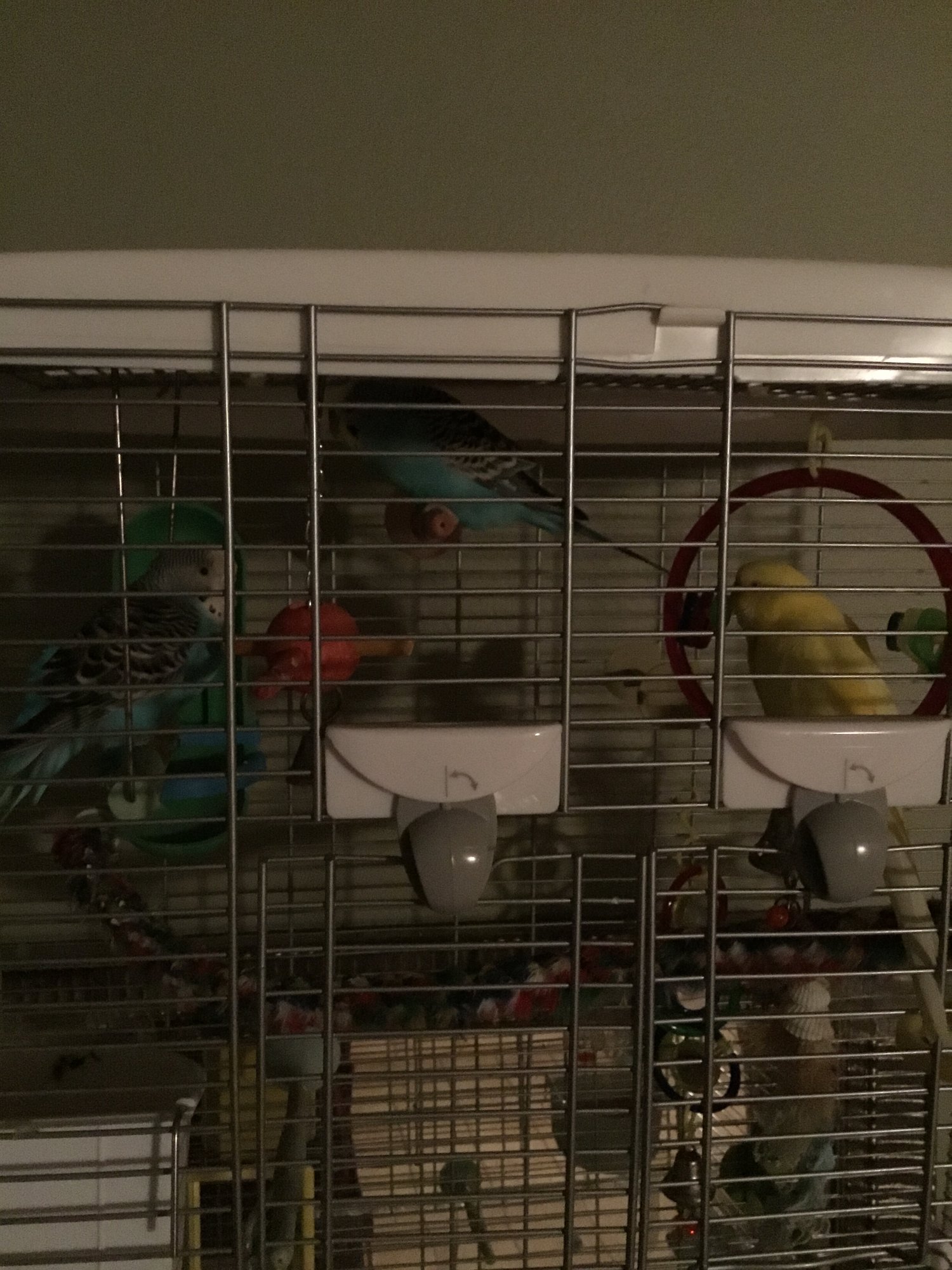 This is Kiwi, Blueberry, and Bananabelle... sorry bad pic..
And I also had a cocker spaniel named Elvis