These guys were hatched on April 8, 2011. I only know that they are all mixed breeds of some sort, i know 2 came from EE eggs, that's it! I thought when they were younger most were pullets, but now that they are getting older i'm starting to wonder... I know roosters tend to get more red on their faces, but i have 2 hens (they lay eggs- they are hens, lol!) that have more red on their faces than my rooster (he crows...) does, so now i'm asking for your help.

any ideas on gender and breed mixes?

1. i think is female 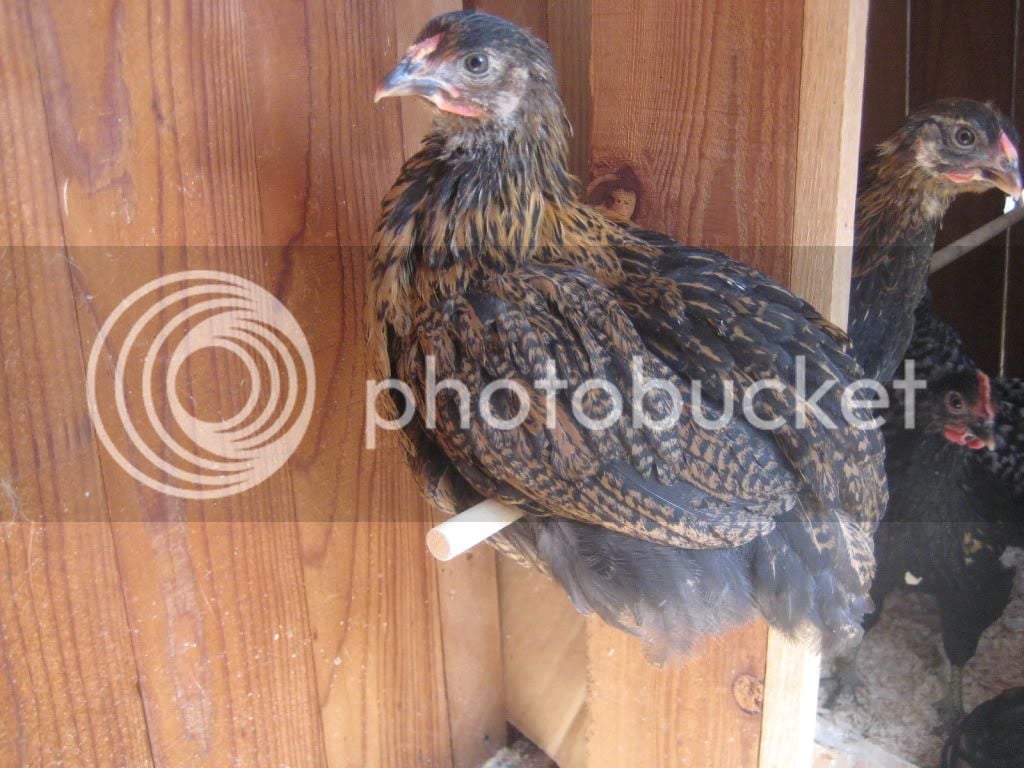 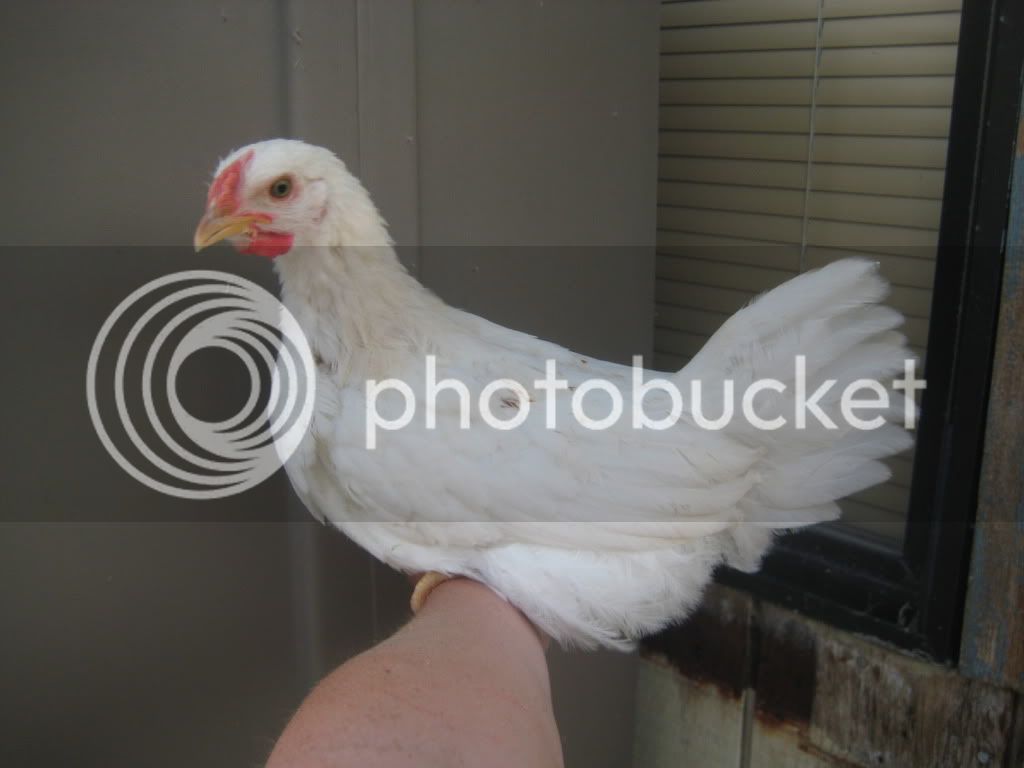 3. female, i think is one that came from an EE egg 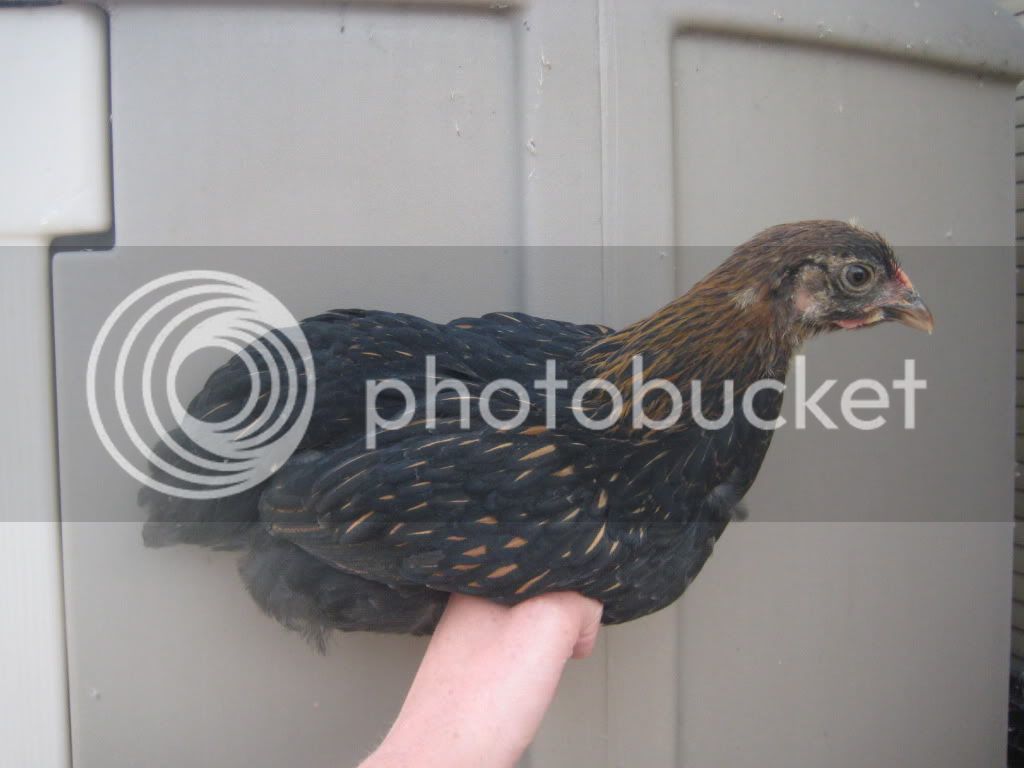 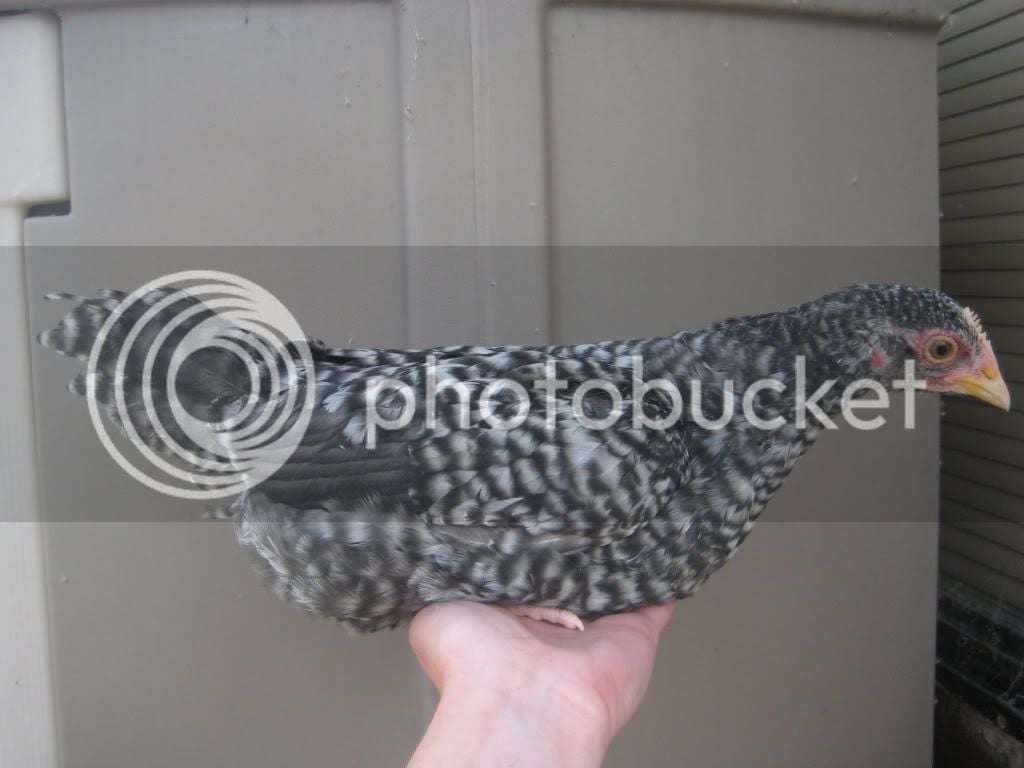 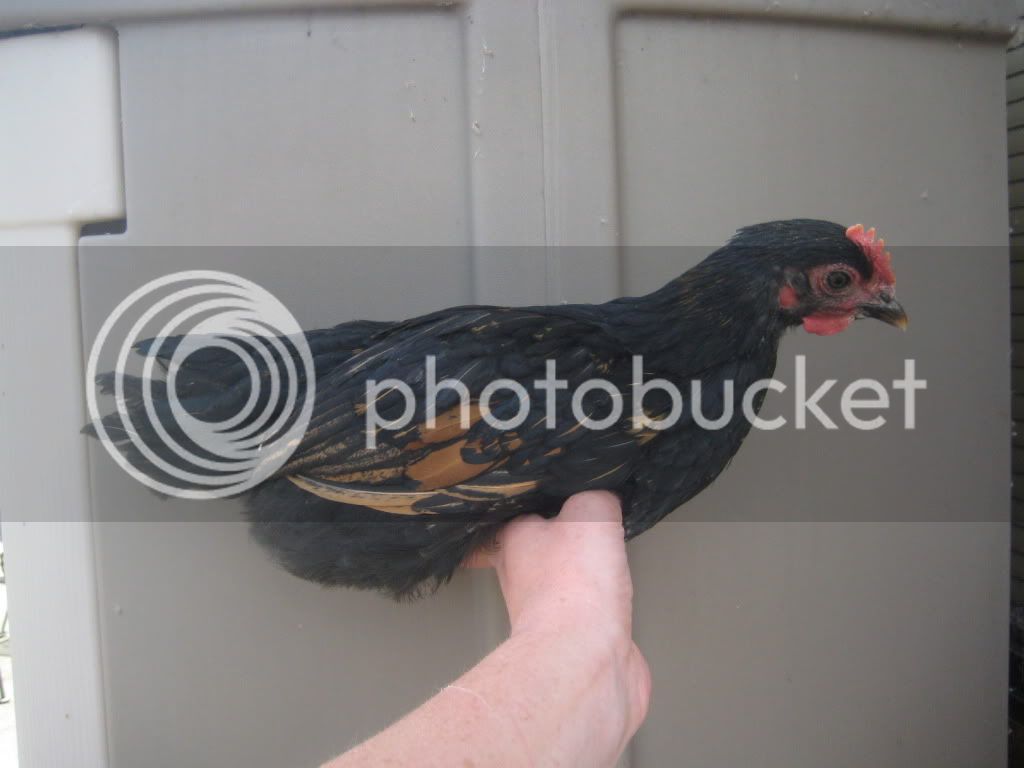 6. the one i was told is a rooster, however it's also the only one who does not have a comb growing at all. 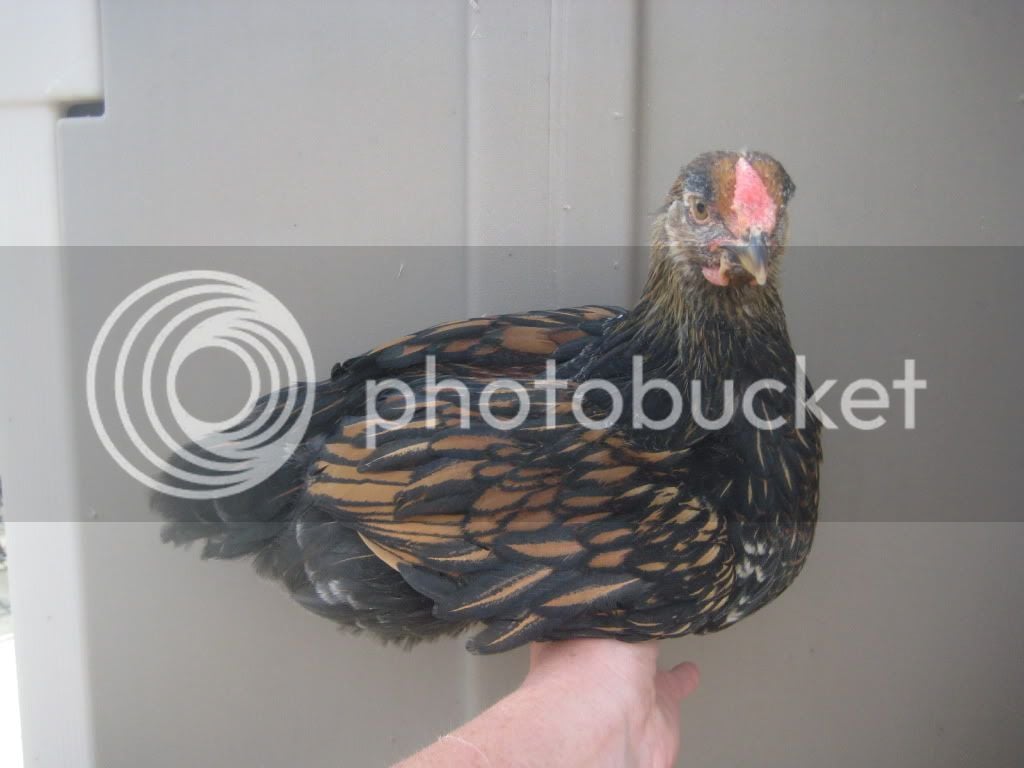 1-5 all are feathered out the same. #6 is missing half his feathers still once you pull his wings back and look under. The rest all have all their feathers.

I think all girls. The last one kinda LOOKS like it could be a boy.. but there's too much black for it to be a boy. IMHO, good luck!

i was just looking at pic #@, it normally does not hold its tail that way if that makes any difference. we had just ruffled all our feathers and were mad mommy caught us for a picture! not a happy chicken right there, lol!

any other opinions? breeds? genders? anything?

1) Pullet. Looks like she has some Wyandotte in her.
2) I would say girl from the body type (not seeing any hackle/saddle feathers), but boy is she red in the face. I would keep an eye out on that one, and probably would let his/her personality be the main indicator.
3) Pullet. Looks like she has some Gold Laced Wyandotte in her.
4) Barring is Sex-Linkable, so I am thinking boy. Hens have more black in their barring, roosters more white. Males will also have yellower legs, while the hens will have more black.
5) Rooster. Large comb, blotchy coloration, and shorter tail.
6) Another masculine looking comb, and the short tail makes me wonder. Not sure on this one, but for some reason the back of my mind is saying rooster.

Here are my guesses:

1 = some sort of ee or partridge-something mix? What kind of comb? Looks more like a girl than a boy to me.

4 = barred rock? cuckoo marans (what color are the legs?) the predominance of white looks rooey... but comb/wattles say hen!

5 = definite cockerel, I'd say. Not sure on the breed.

6 = That one's got a big rose comb for someone so young! Definite roo. Looks like a GLW to me

#4's legs are not yellow, they are more of a white-ish and then as if someone took a paint brush and painted black stripes vertically down it's legs, and down it's toes. sorry it's too dark out now to get a good picture.

#3 is the spitting image fo the two GLW's I got from the feed store.

I'd bet money (albeit a small amount) on #5 being a boy. It's got those pointy feathers. Noone else screams boy to me.

Guess that breed and gender

L
What breed and gender are these?

What Gender? and supposed to be Barred Rock could be mixed Breed .
2