what can i use for a brooder for broilers.

I used to use homemade Ohio brooders. You can brood up to 100 chicks under my 2X4 brooders. Or you can make a 4X4 for up to 200 chicks.
For smaller numbers, I highly recommend the Premier 1 heat plates.
Last edited: Jan 12, 2020
G

do you know where i can find plans to build them

Let me google that for you.
https://lmgtfy.com/?q=ohio+brooder+plans
G

Is it going to be on a wooden, concrete or dirt floor?
Are you talking about under the brooder or on top?
As you can see from the pictures, shavings go in the basin on top of the brooder to insulate the brooder.

This building has a concrete floor. For added insulation I put down a sheet of plywood over the concrete, then pine shavings then put some burlap on top of the the brooder down, unrolled some flashing as a perimeter for drafts. Inside the perimeter I putpaper towels on the burlap.
You can eliminate the burlap and paper towels if you want. I just wanted to avoid eating shavings till they knew what food was.
I sprinkled food and hard boiled egg on the paper towels. I replace the paper towels as they get soiled. Usually after one big roll of paper towels are used up I just eliminate them and the burlap.
As the chicks grow I would put the legs on bricks. You can see the brooder on the left is up on bricks already for the 10 day old meat birds. 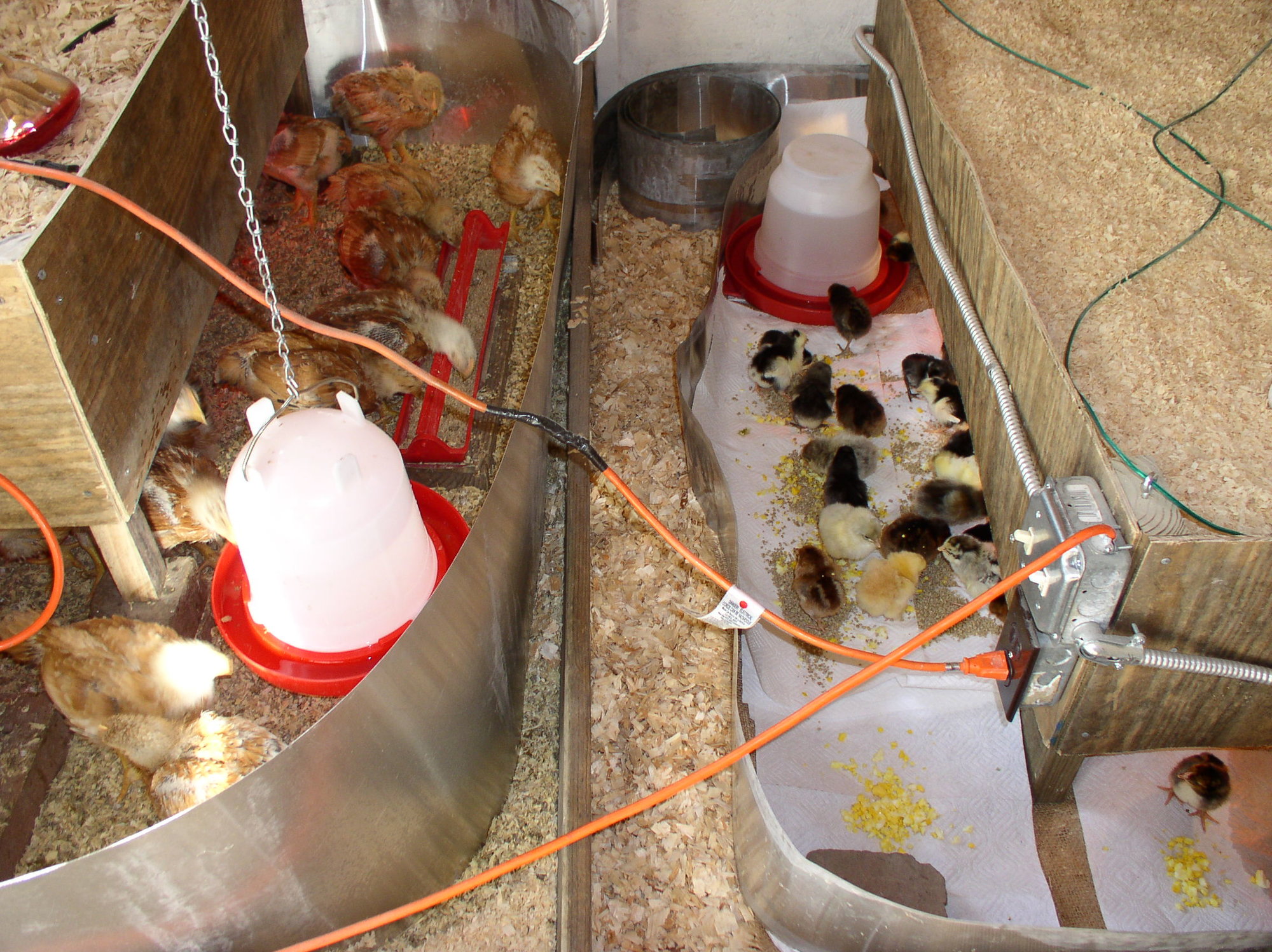 gcarter93 said:
what can i use for a brooder for broilers.
Click to expand...

How many are you getting? I use a large cardboard box or a plastic storage tote from your favorite box store for small numbers. I do the backyard thing and 20 birds was a lot for me.

Heating pad or a heat lamp or a Momma Heating plate. What is your budget?

Start searching this site or others for LOTS of ideas.
G

You can get large moving boxes from Lowes or home depot. They are only about $1.50 each. You can put 2 or more together by cutting doorways between them. Cornish Cross will outgrow that setup in a week or two.
I much prefer them to Rubbermaid type containers because they are easily expandable and the plastic ones aren't. The upfront cost is much less too.
Last edited: Jan 12, 2020