Anyone know what this colour is? I can get pictures of the parents if necessary. 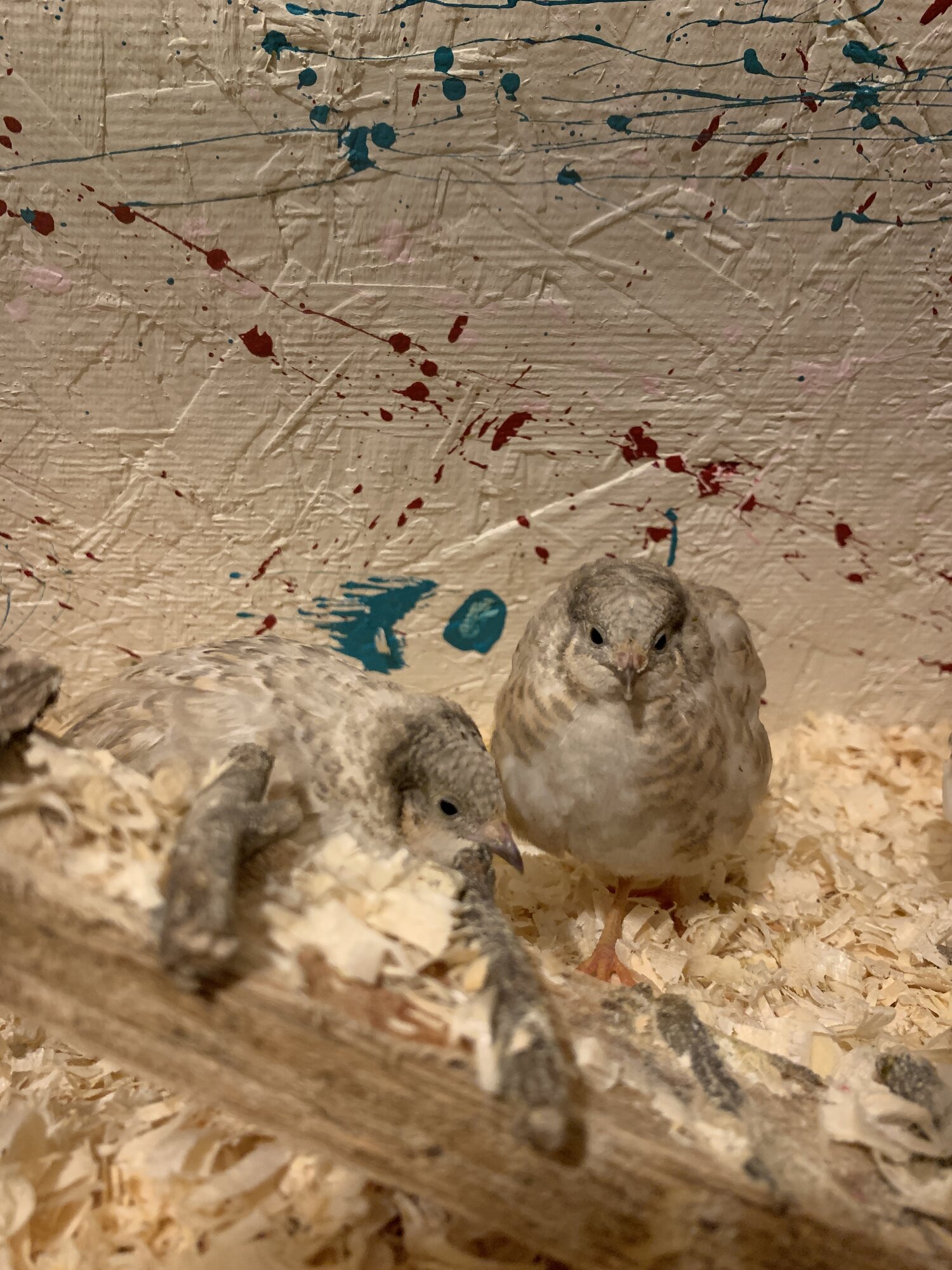 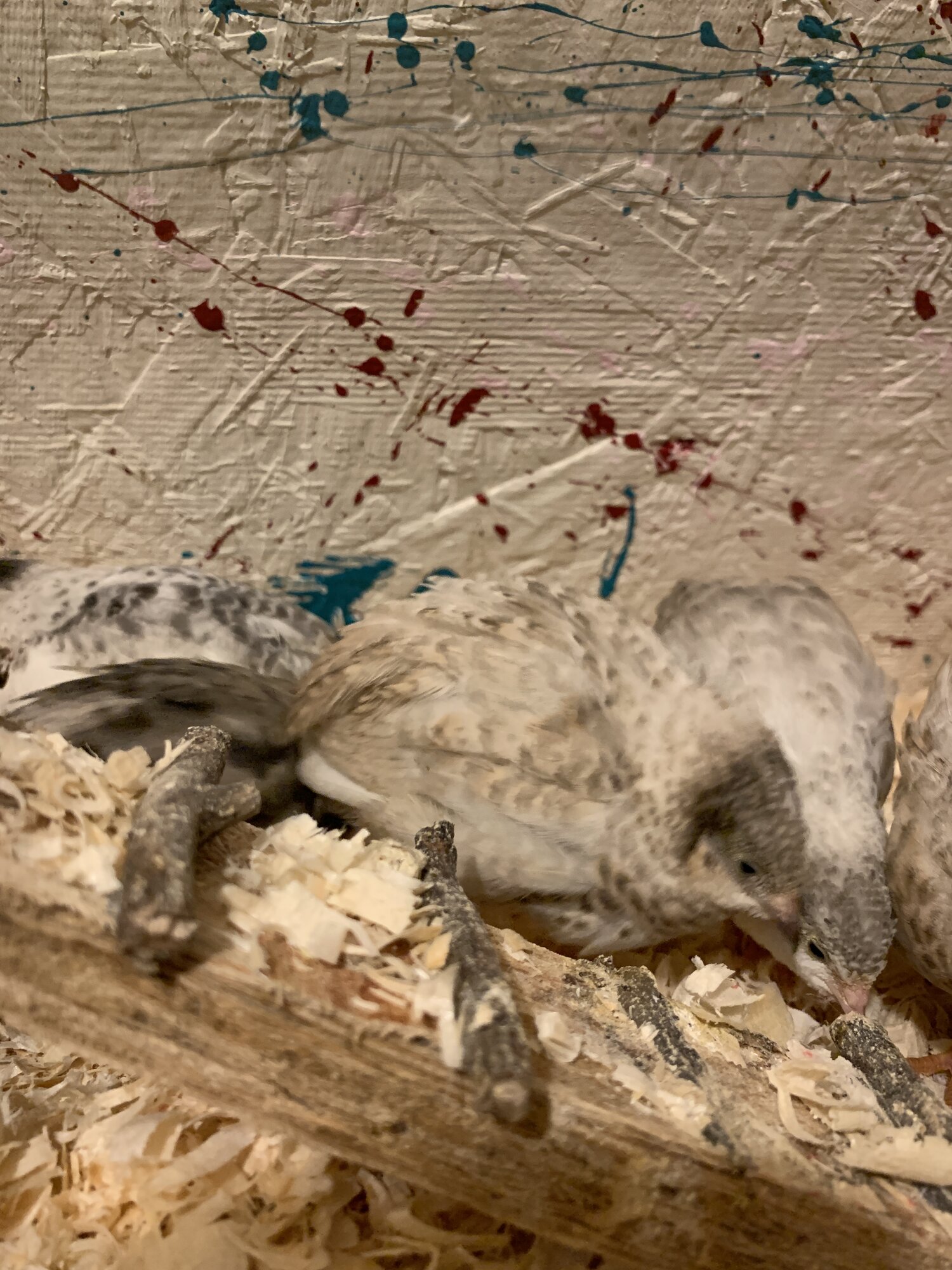 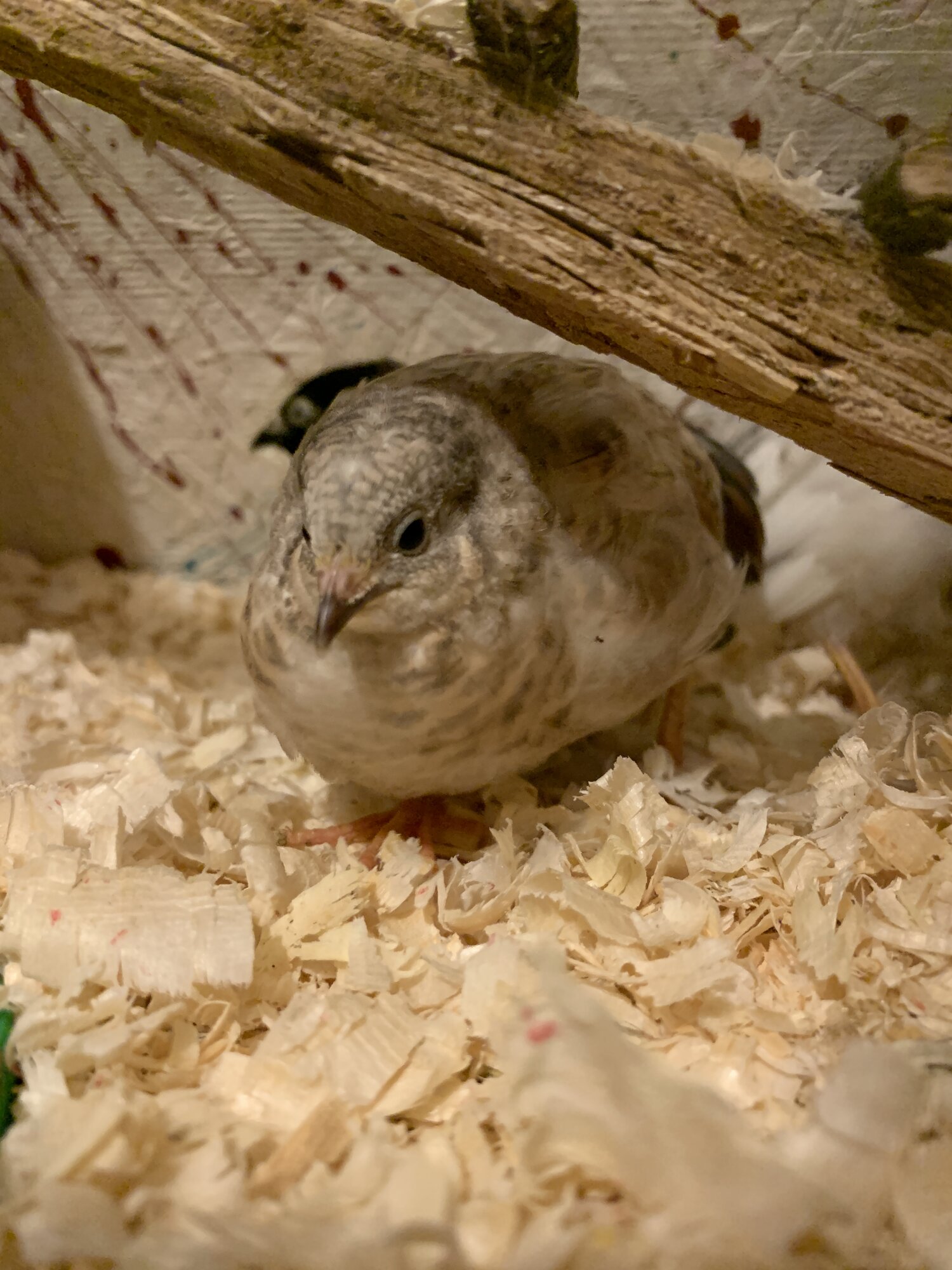 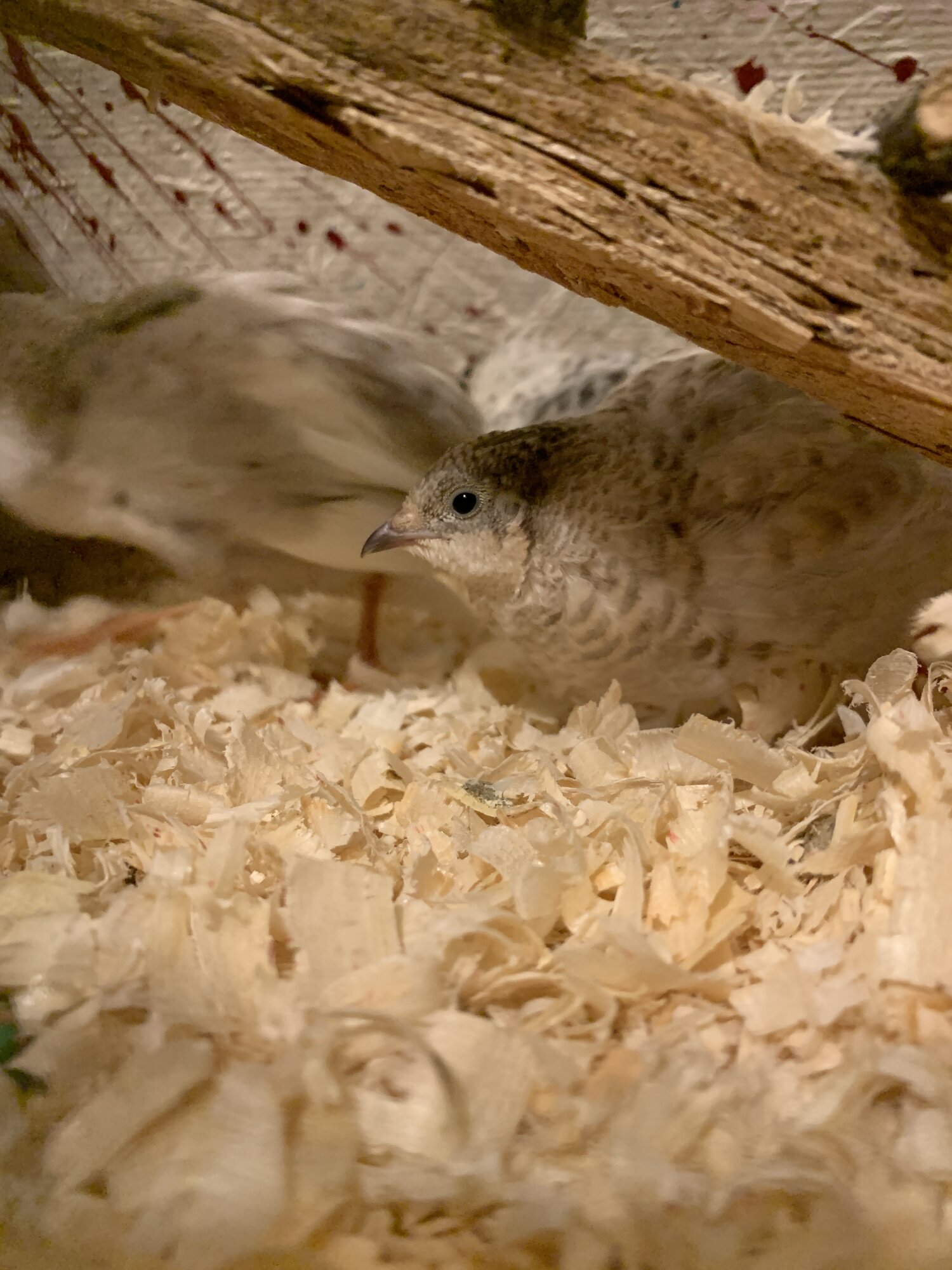 I think these 2 are females, I’d love to know what the males would look like if anyone knows.
Thanks!

I would like to know so I can try making more buttons of this colour.

I have a hen that is similar in color and although I'm not exactly certain what genes are behind the color, I'm guessing it's a combination of red breasted and fallow, perhaps also cinnamon.. I bred her myself and her mother is wild colored, her father is very light colored - he might be the light one in these two pics, otherwise that's her brother..

DK newbie said:
I have a hen that is similar in color and although I'm not exactly certain what genes are behind the color, I'm guessing it's a combination of red breasted and fallow, perhaps also cinnamon.. I bred her myself and her mother is wild colored, her father is very light colored - he might be the light one in these two pics, otherwise that's her brother..
Click to expand...

That's cool. This is the mom:

sorry I don't have a full body picture, I'll try to get one later.
I don't have any fallows, so that's interesting.
Would you be able to post a picture of your similar colored one?

Correction - this is dad (and mum, but she's hiding) and the one I have with similar colors to yours.
I'm not sure what color dad is, but fallow red breasted is my best guess.

DK newbie said:
Correction - this is dad (and mum, but she's hiding) and the one I have with similar colors to yours.
I'm not sure what color dad is, but fallow red breasted is my best guess.
Click to expand...

I think fallow should have pink eyes, and you would have noticed it took a long time to feather and grow, and may even look kind of raggedy as an adult, but yours looks very robust and healthy. I’m thinking you have a diverse combination in one bird. He’s really lovely, clearly some kind of red breasted, maybe silver? I’ve seen some people claiming you can have slate red breasted, where the blue face covers a lot of the red breasted and there’s just an unusual amount of red on the belly and chest, it Looks sort of like the blue face is incompletely dominant or something and can give weird results sometimes, so maybe you have a wacky combo like that.

Blue face is a dominant mutation and I've had at least 10 chicks from this guy and several from his father who has nearly the same color, and not a single one showing blue face, so I highly doubt that's the case.

The ones that get this color do tend to start out a bit smaller than their siblings and I did loose several of them at just a few days of age as well, but the ones that make it to adulthood are quite sturdy. A note from my breeding diary, I think it's about this guy - he was 12 days old when I wrote this and had been adopted by another pair shortly after hatching as his mother was attacking him:
"The light colored chick has gained quite a few feathers, but it is much smaller than the two chicks it lives with and its wings are slightly droopy, as if the new feathers are too heavy. It is also peeping a lot for heat, its adoptive siblings don't."

I can't quite say why, but Im pretty sure the color is not silver based. I've been breeding on those ever since I joined BYC - I actually think I joined to ask what color the father of the roo above was. Never got an answer to that, and this roo is the first one I managed to produce with the same color (the father was less grey on his back though, more beige like a red breasted hen, but became more grey as he got older). I had to resort to inbreeding to have the color show up again.

I bought the first roo (CA) when he was about a year old, I was told he came from German hatching eggs, so I have no clue of the colors of his parents. I then paired him up with a wild colored hen I bred myself. From this pairing, I took a wild colored hen and bred her back to her father. It took a while as I don't use an incubator to hatch the eggs, I let the hens hatch them on their own, and CA had a horrible fertility (like 1-2 chicks from each clutch). Eventually this guy showed up though, and a normal red breasted hen as well. CA died about a year ago, so this guy is continuing his lineage and he has a much better fertility. Despite using inbreeding, I never saw an obvious silver chick from these guys. Normal red breasted, darth vader, wild colored and then those pale ones I'm not sure what to call - that's all I get.

Thanks for the help everyone, I'm leaving BYC for a few days so I hope we can continue this conversation then, or keep on without me

So, here's the parents. 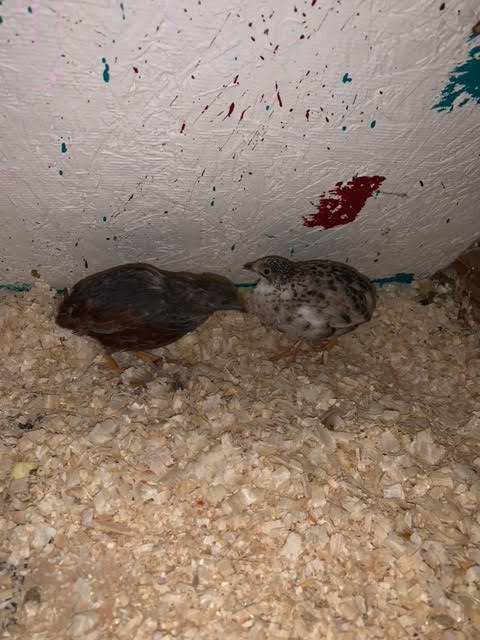 I'm wondering which male crossed with them would most likely make more of this color? 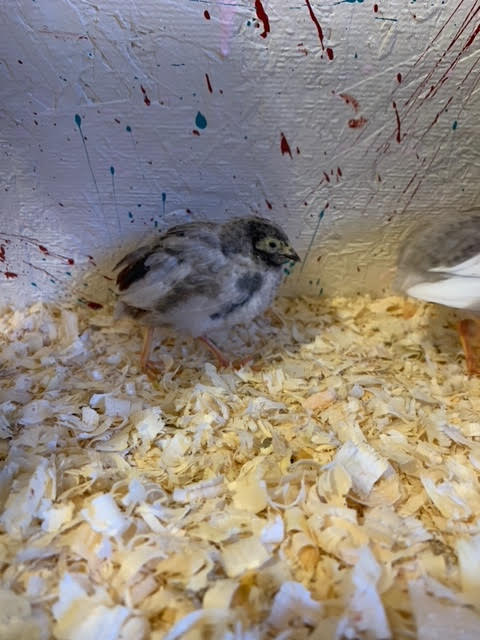 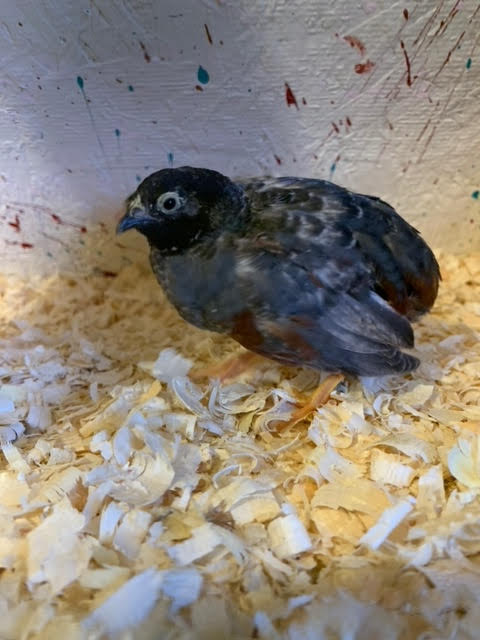 Sorry for the terrible picture quality 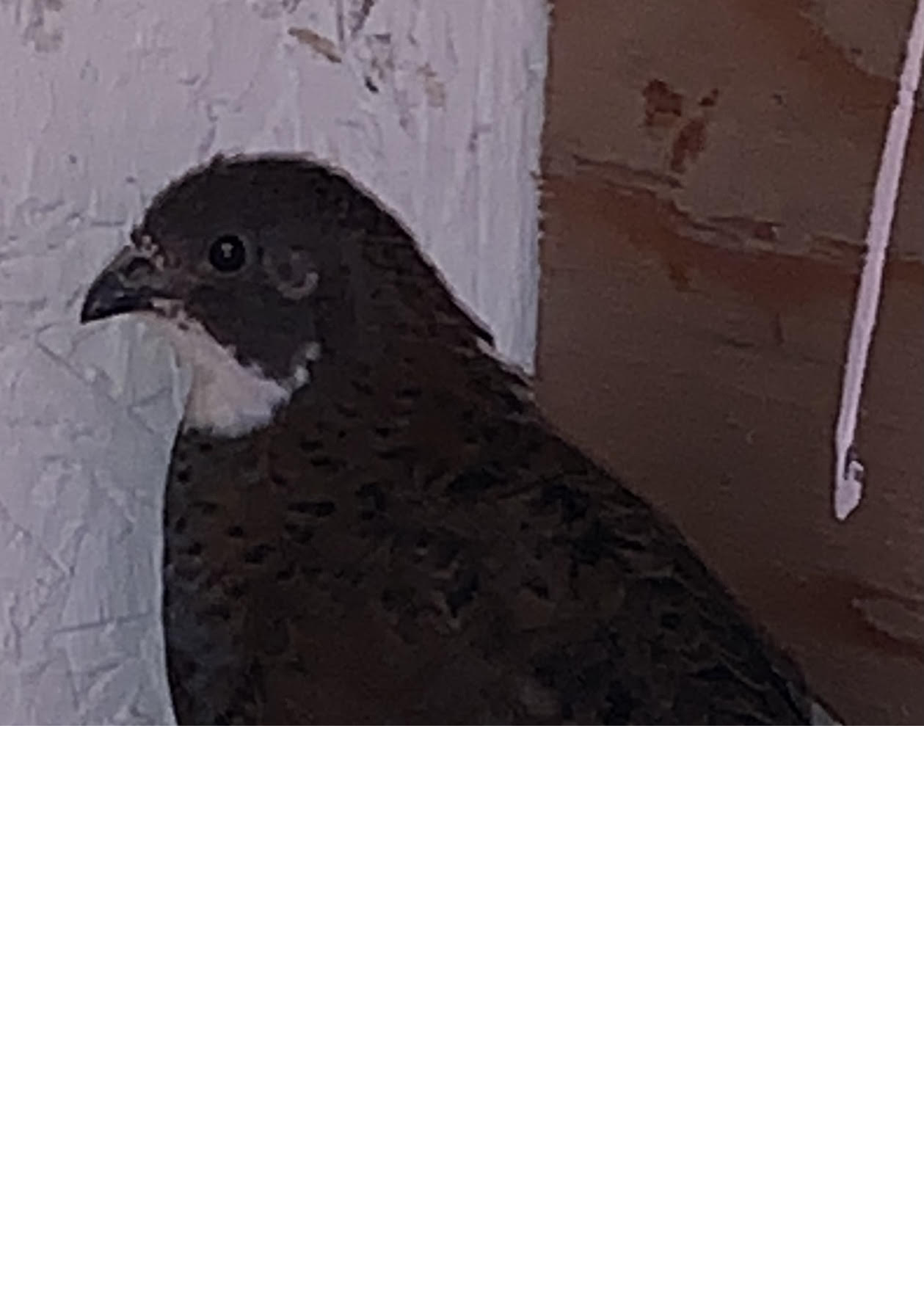 And I also have a brownish tuxedo male.

First time hatching, advice pls on which type they are?