Phil, known to BYC members as LittleLakePhil, has been a member of our community since September, 2015. One of our BYC friends, he will most often be found in the Social section, where he is known for his friendliness and support.

I was born June 6 1964 (D-Day) in Wyandotte Michigan. Grew up in Farmington Hills (outside Detroit) and graduated from Farmington Harrison High School in 1982 where I met my wife Christine.

We got Married on November 16 1982. And I joined the Air Force and we moved to Little Lake Michigan. I was stationed at K. I. Sawyer AFB.

While stationed at K. I. We had 2 sons Jeremy and Kirk (named after Kirk Gibson 1984 Tigers).
After finishing my service I returned to Detroit and briefly worked for an oil company. But we decided we didn't care for the city any more and moved back the Upper Peninsula the day Jeremy would have started school.

Back in the U. P. I attended N. M. U. and worked as a ground equipment mechanic. After graduation I started showing for A Dodge and Jeep dealership.

In 1994 I was diagnosed with severe Asthma.... In 1995 I was diagnosed with Chonic Grandularsitic Leukemia. Three weeks later my Daughter was born. Kacy Lynn... She became my reason to live. When I first got sick I asked God to let me live long enough that my daughter would know who I was. It was my biggest fear that she wouldn't remember me. He did me better than that and I was able to watch her grow up.

On November 1st 1997 I went through a non related bone marrow transplant at U of M and have been cancer free since. (Knock on wood.... Which I just did).

I was able to go back to work after a 4 year recovery. While recovering I went back to NMU and got another degree in Electrical Mechanical Technology.

I returned to my old place of employment (Heritage Motors of Marquette) until I retired in 2015.
I live in the heart of Michigans Upper Peninsula.... Where I live is pretty sparsely populated and mostly forest.

I recently learned that while we are about half of the land mass of Michigan only 3 percent of the population lives here.

I have several hobbies... I like to hunt and fish...Probably the main reason I love it here so much. My favorite thing to do is ice fish and the U. P. Gives me plenty of opportunity to do that.

I'm also an avid gardener and have had some real nice gardens some years. Some years here it frost every month and you can't do anything about that.

Some people don't know I have a massive coin collection that I started when I was young. And because I never get rid of anything it's grown huge.

I still like to work on cars and tinker around a little here and there. Really I just enjoy fixing things and with my background and large collection of tools there isn't much I can't fix. I like to try and figure out how things work.

I also love my pets.... And have had many different posts through the years. I've owned a few dogs in my time. We tend to keep them for a long time so I've not had tons of them. Right now I have R. C. he's a mutt and probably the most well bendable dog I've ever met. And we have Seven he's out little Long haired Daschund and he's my little buddy. I have a couple of cats Misty and Ginger. Over the years I've also owned Iguanas, Piranhas, Oscar's, and Albino Channel Catfish. And if course now I have a flock of ducks and chickens.

Both of my boys live in Traverse City Michigan.... My oldest is a Nursing Director at Munson Hospital.
My youngest works in Customer Service.
My daughter is attending NMU.
I currently have 5 grandchildren... Mason, Claire, Alice, Carson and Riley.. My grand kids enjoy coming up north and hanging out with grandpa and grandma.

My Grandson Mason loves coming up north for a few weeks each summer to hang with Grandpa and go fishing. 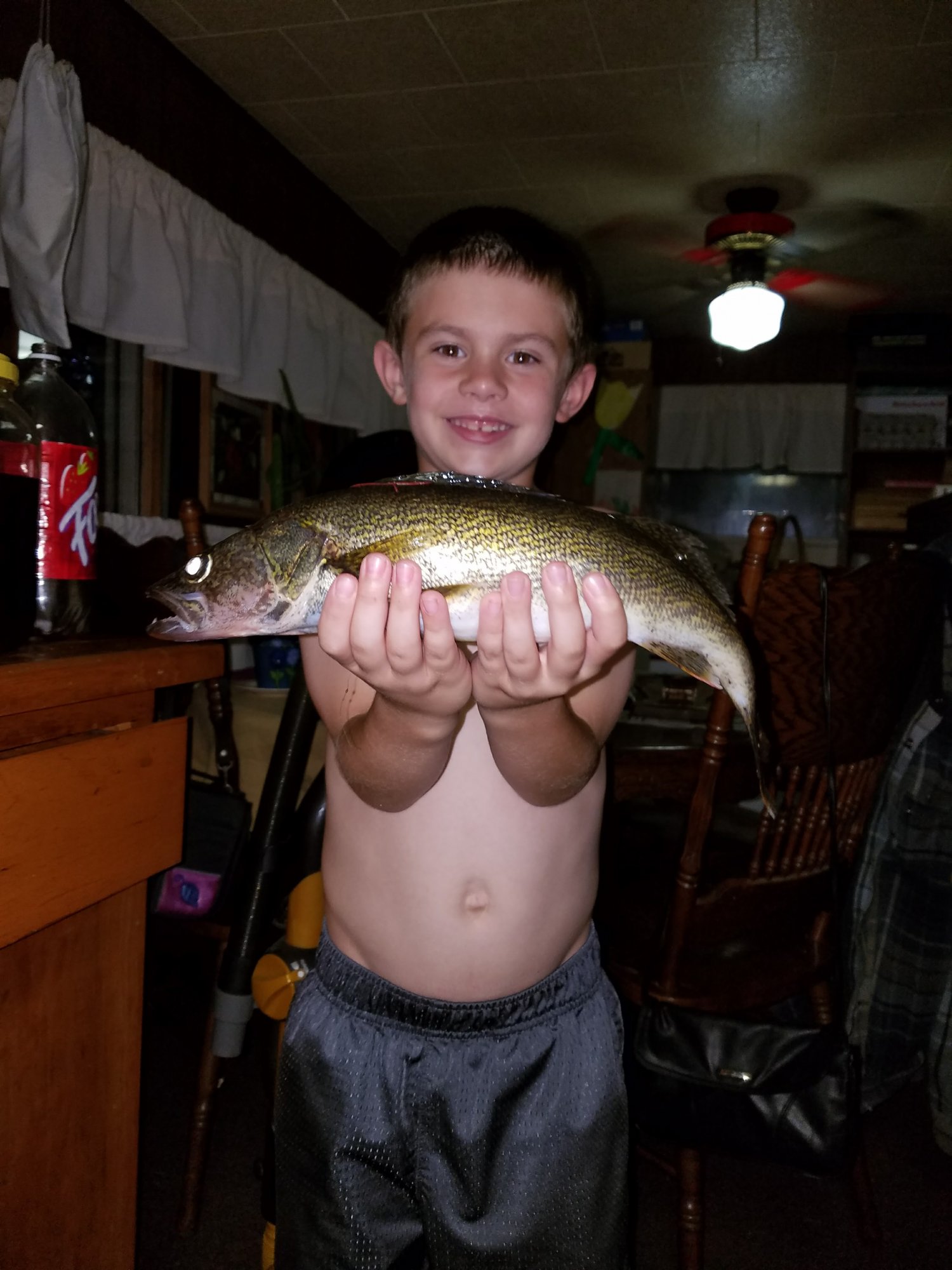 I started keeping ducks a few years ago.... It was mostly a impulse buy. I had been looking into keeping chickens and then I read a few articles that said why not keep ducks. And so I kind of read up on it here and there. Then one day I was at tractor supply and it was "chick days".
I asked about their ducks they had Peking and Kahki Campbell ducklings. It was Mothers day and I kind of walked out of there with 6 ducklings. Without really informing my wife. So the next stop on the way home was the fish market where I bought the best King Crab legs they had. (My wife loves crab legs.... Lol).

I've had ducks since... I still have three of the original 6 but lost three to a dog attack the first summer. But my nieghbor paid me to replace the ones his dog killed and I currently have 7.

Also in addition I have a small flock of Ayam Cemani chickens that I got with the help of my friend and fellow Michigander Meltel..... We were playing a game for eggs and although she actually won the eggs she gifted them to me. And with luck all 6 eggs hatched and now they are laying and I look forward to hatching a few out anyways for some of my friends.... Thanks Mel…. 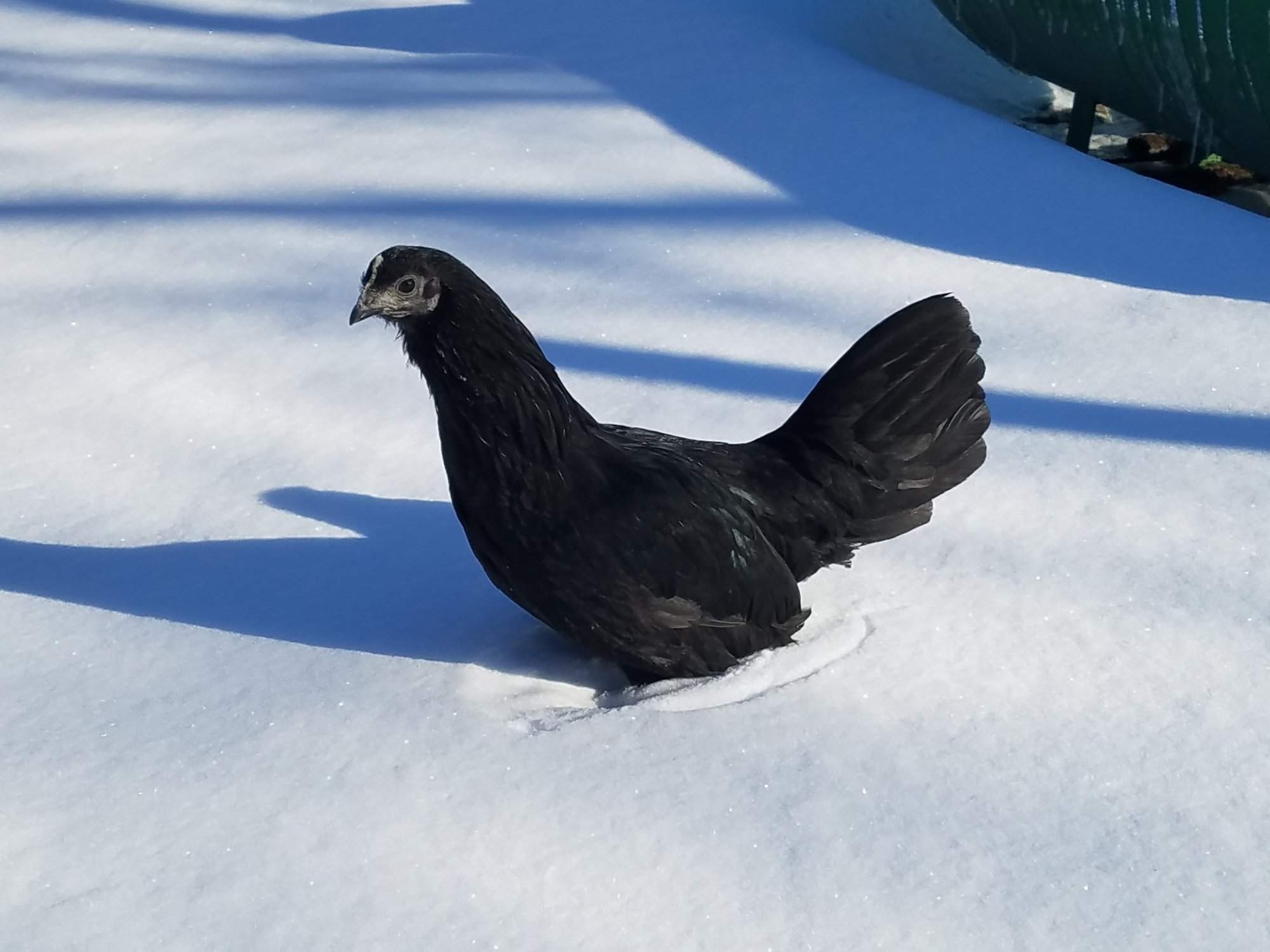 3. Which aspect(s) of chicken keeping do you enjoy the most?

I mostly enjoy the whole taking care of them aspect. I like the feeling I get from making sure their simple needs are met. And keeping them safe.

I also like hatching ducklings and chicks. And although I don't hatch a ton of birds the small hatches I do are very satisfying. There's just a specail feeling I get from taking eggs from my coop and hatching out little birds.

Also just hanging out with my Flock and seeing how they interact. That in its self can be very rewarding. 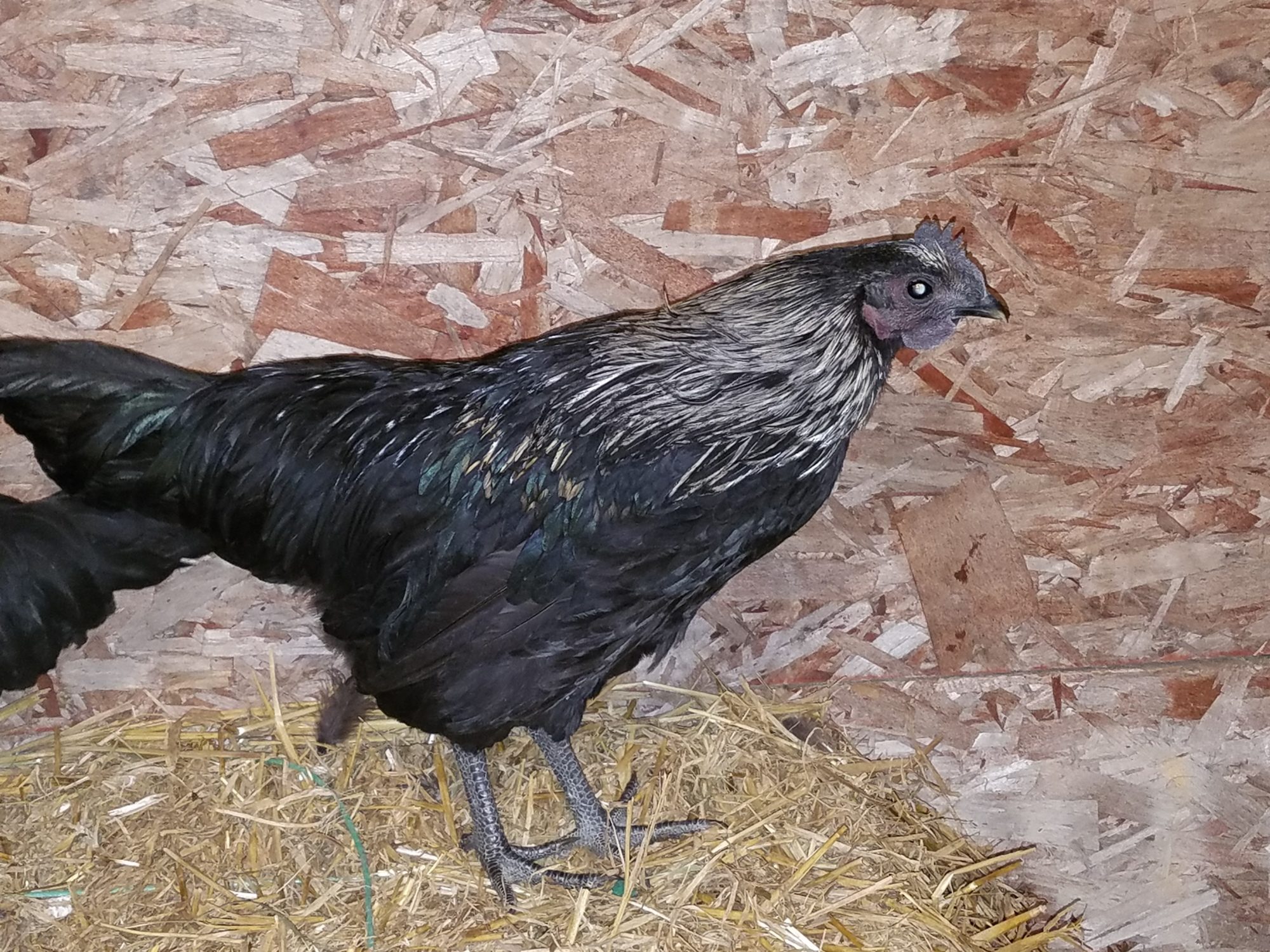 There are a couple of ducks that have been my favorites.... The first was "Pearl" she was named that because she had a white dot on her throat. She was a character because she was the boss of the flock. Unfortunately she was killed by a neighbor dog.

But now days it's "Snowball" ages Pearl's sister. And she is a great little duck. She's the only one I have who lets me pick her up without a fuss. She to was attacked by my dog Seven. Although he wasn't trying to hurt her he was playing too rough. I thought I was gonna lose her but she held on and made a full recovery. 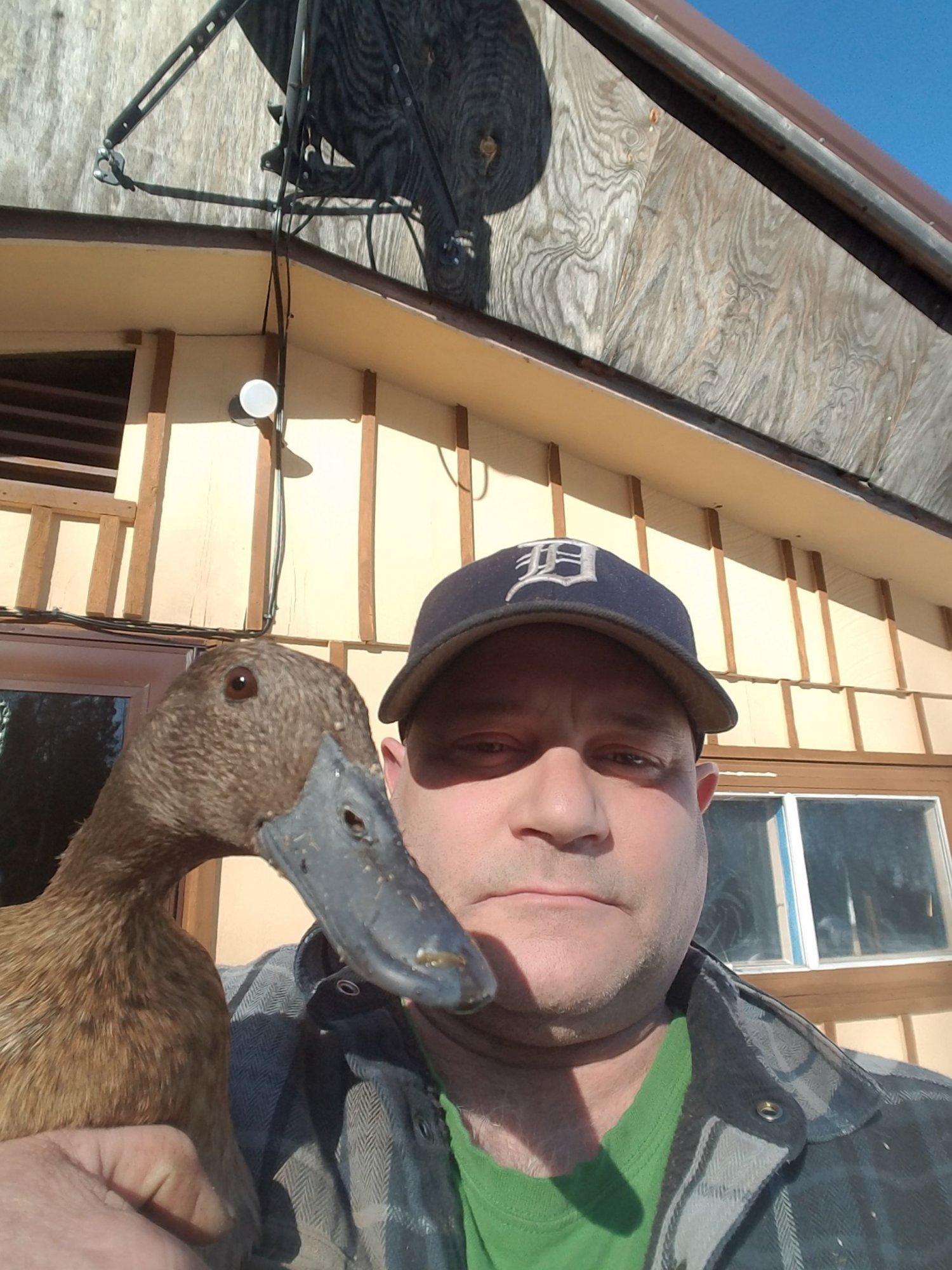 5. What was the funniest (chicken related) thing(s) that happened to you in your years as chicken owner?

Probably the funniest thing that had happened to me keeping ducks was having had a bad hatch only 1 duckling hatched of of 9. All that duck (JD is her name)
Imprinted on me bad. And as a duckling she would freak out every time I would leave the room. Then she would follow me all around the house. When I finally let her into the yard with the other ducks, if I was outside she ditched the other ducks to follow me around the neighborhood. She's all assimilated into the flock now thank God. But it was funny for a while.

This is"JD" my orphaned duck... Only one to hatch of 9 eggs set. I think the sun got the incubator and overheated it. I've moved it since. And had two very good hatches after. "JD" stands for Just Duck. My grandma daughter Claire named her. 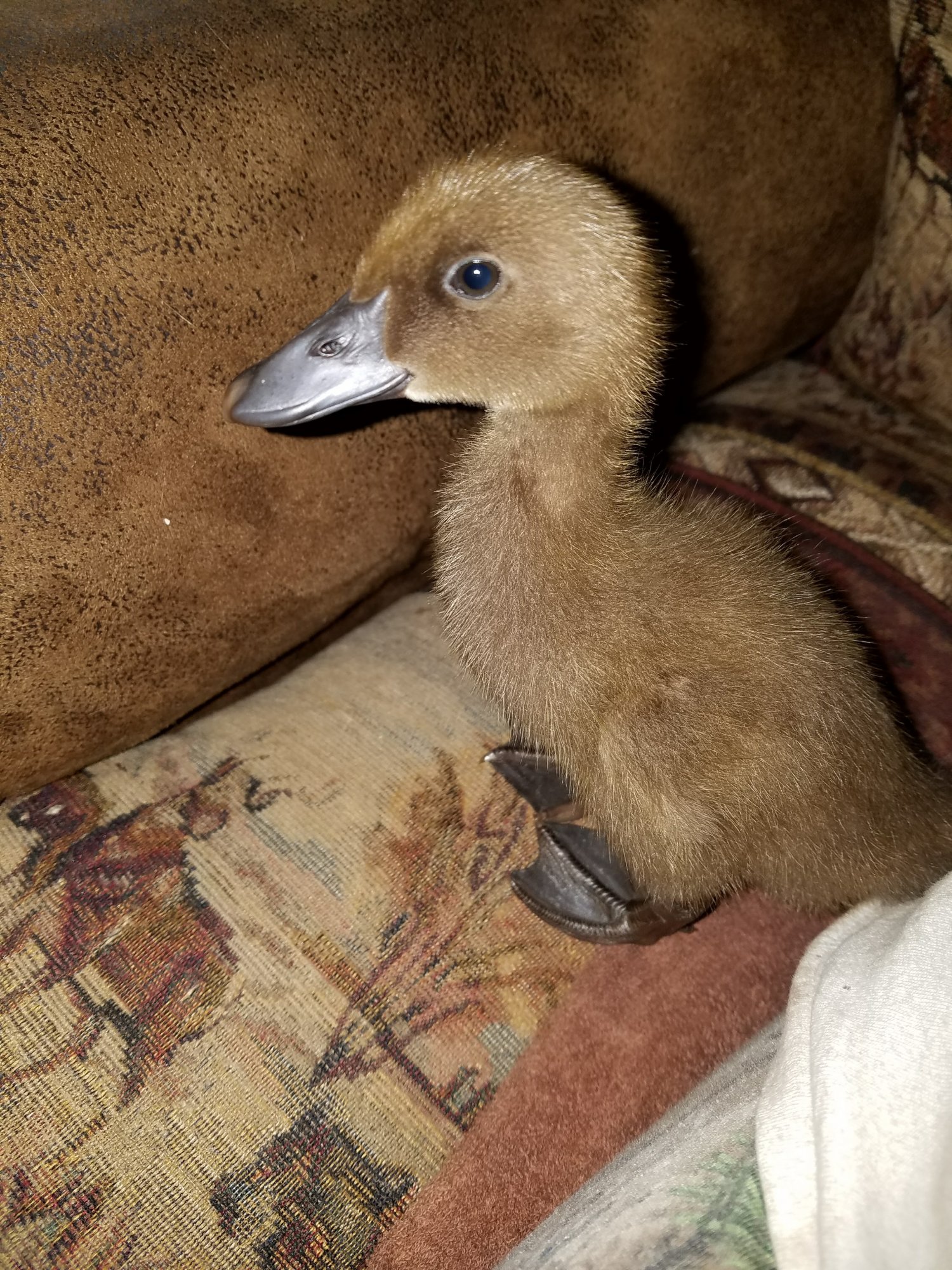 6. Beside chickens, what other pets do you keep?

Besides Ducks and chickens I currently have 2 dogs and 2 cats. My cats are Misty whom is 18 years old and Ginger who is 11 years old. Ginger is Misty's grand daughter. I know her age because after she was born we decided to have her mother O. C. (ORANGE CRUSH) fixed and she bit me and when we took her to the vets she was frightened off by a huge Great Dane. We never found her but I had to get rabies shots and I'm now due for a booster. 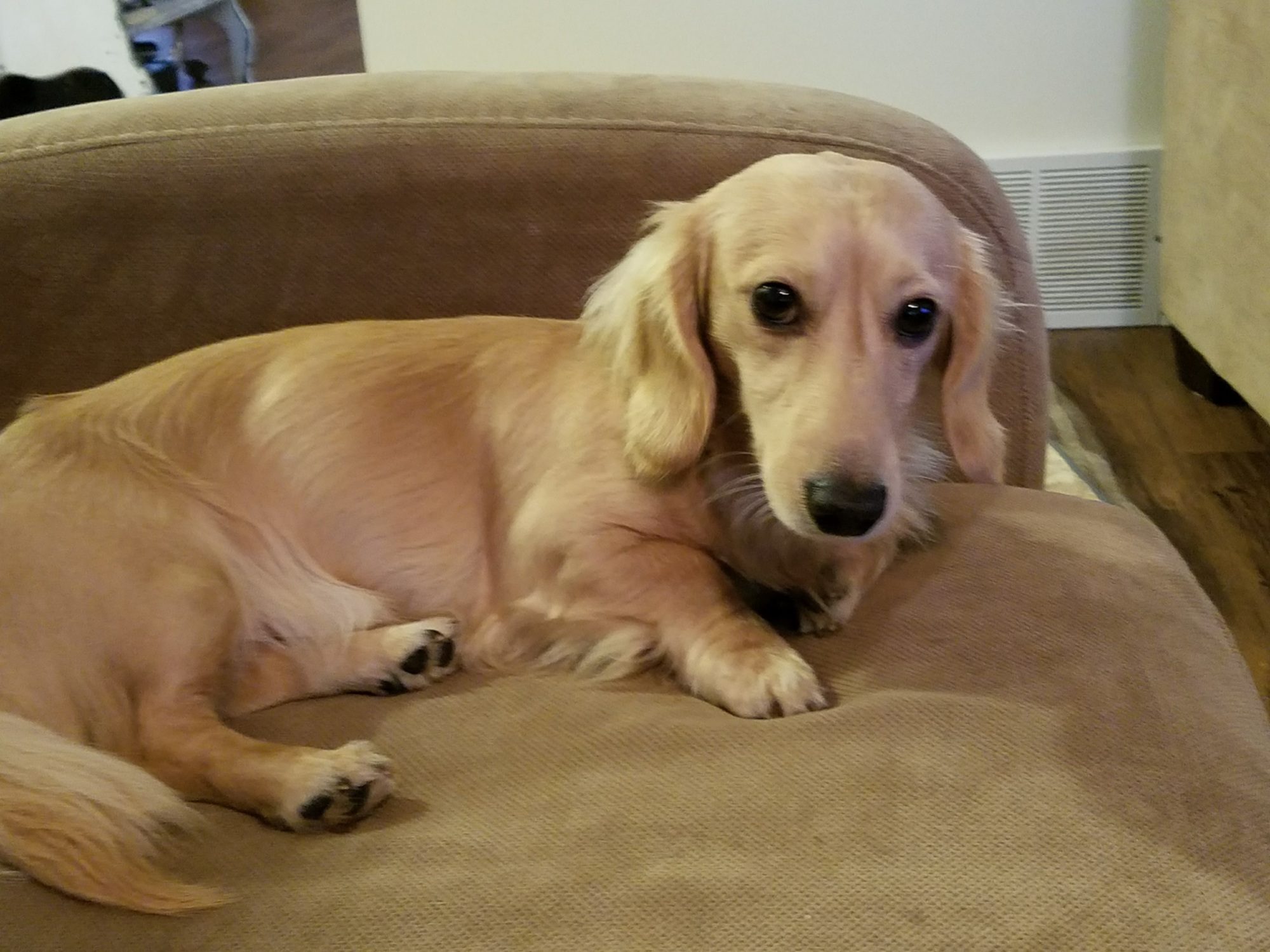 If just like to add....
I've met some real amazing people here.
I originally found this sure by accident. I was just looking for some information about Angel Wing in ducklings. I stumbled upon "My Leukemia’s Back” thread. I thought I could help out my friend Rachel.
Well at this time Rachel has had another relapse and is the hospital.
I just would like everyone to keep her in there thoughts and prayers.

See here for more about the interview feature and a complete list of member interviews:https://www.backyardchickens.com/t/905602/introducing-vip-member-interviews/0_30

It's good to hear the rest of your story!
Jimmy is well on his way to 8

We all love your Seven.

Wonderful story!
Love the photos, thanks for sharing

Your interview is so well presented and interesting. Thank you so much for sharing.
D

Lovely interview! Thanks for sharing, Phil.

Nice interview Phil. Glad you found BYC. You have been an awesome encouragement to a lot of people.