Chick with one leg bigger than other. Birth defect? Splayed leg?

I have a chick that’s about 3 weeks old now. I noticed last weekend she was walking a little funny and looked and noticed her leg was bent a little strange. I took her out and isolated her, thinking it was splayed leg. I tried hobbles (which seemed to make her walk worse) but there didn’t seem to be much improvement. I also tried chick shoes for her crooked toes, thinking maybe that was contributing to her leg issues. But as I kept examining her I began to think “this really looks like her right leg is bigger/longer the other”. I asked some others what they hought and they agreed. So, I’m not really sure what to do at this point as the chick shoes didn’t last more than a day, and the hobbles didn’t seem to work. currently, there is no wrap or anything on her legs, she is in a separate bucket with one of her smaller pals, and, although unsteady, she walks around to eat and drink on her own. For these reasons, I don’t feel that it would be right to cull her as she also doesn’t appear to be in pain (though I guess I can’t know for sure). If anyone had any ideas or has seen anything like this please let me know! She is such a gentle and sweet chick and I want to try everything as long as she’s not in pain! I will post pictures shortly! 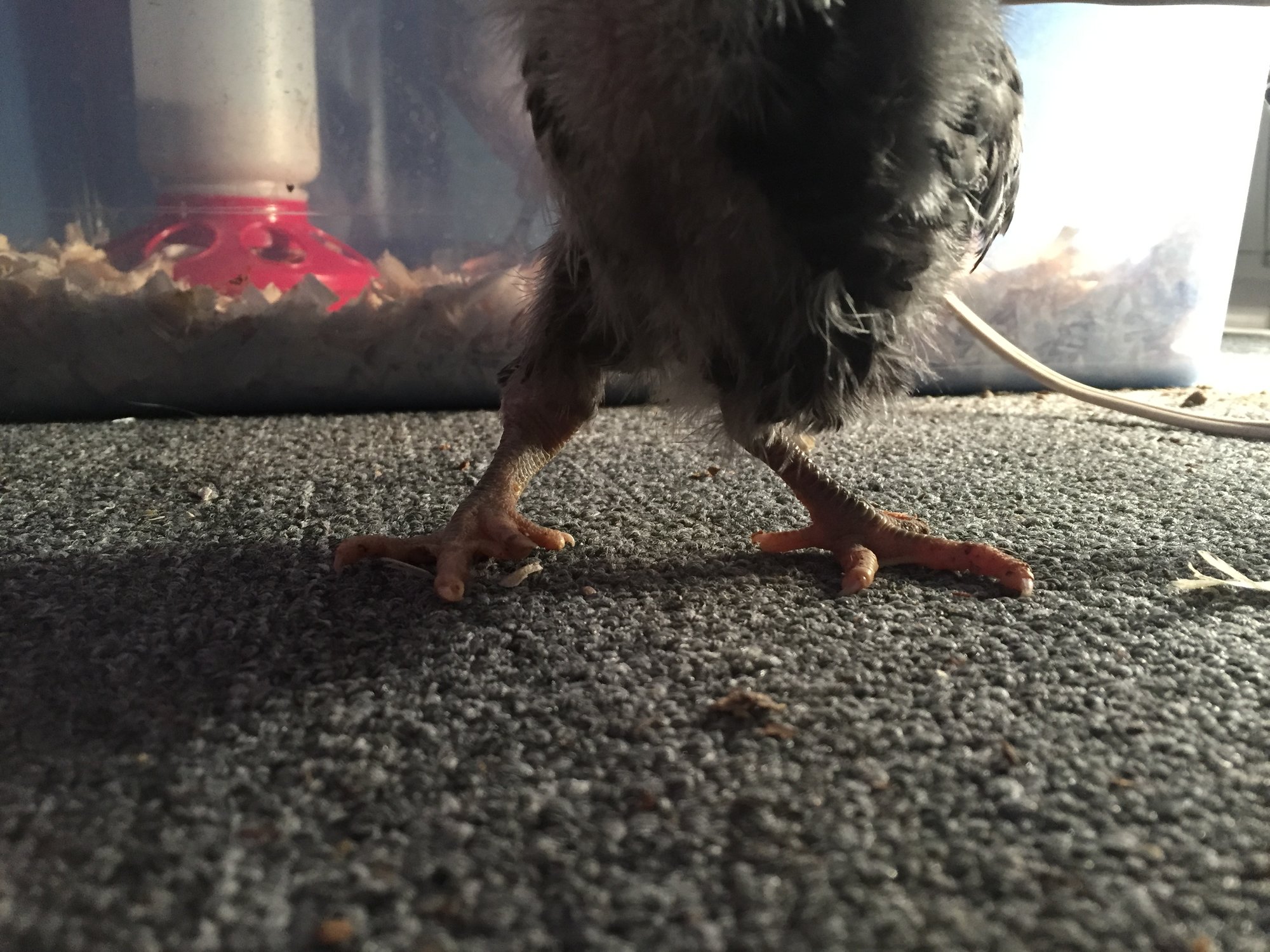 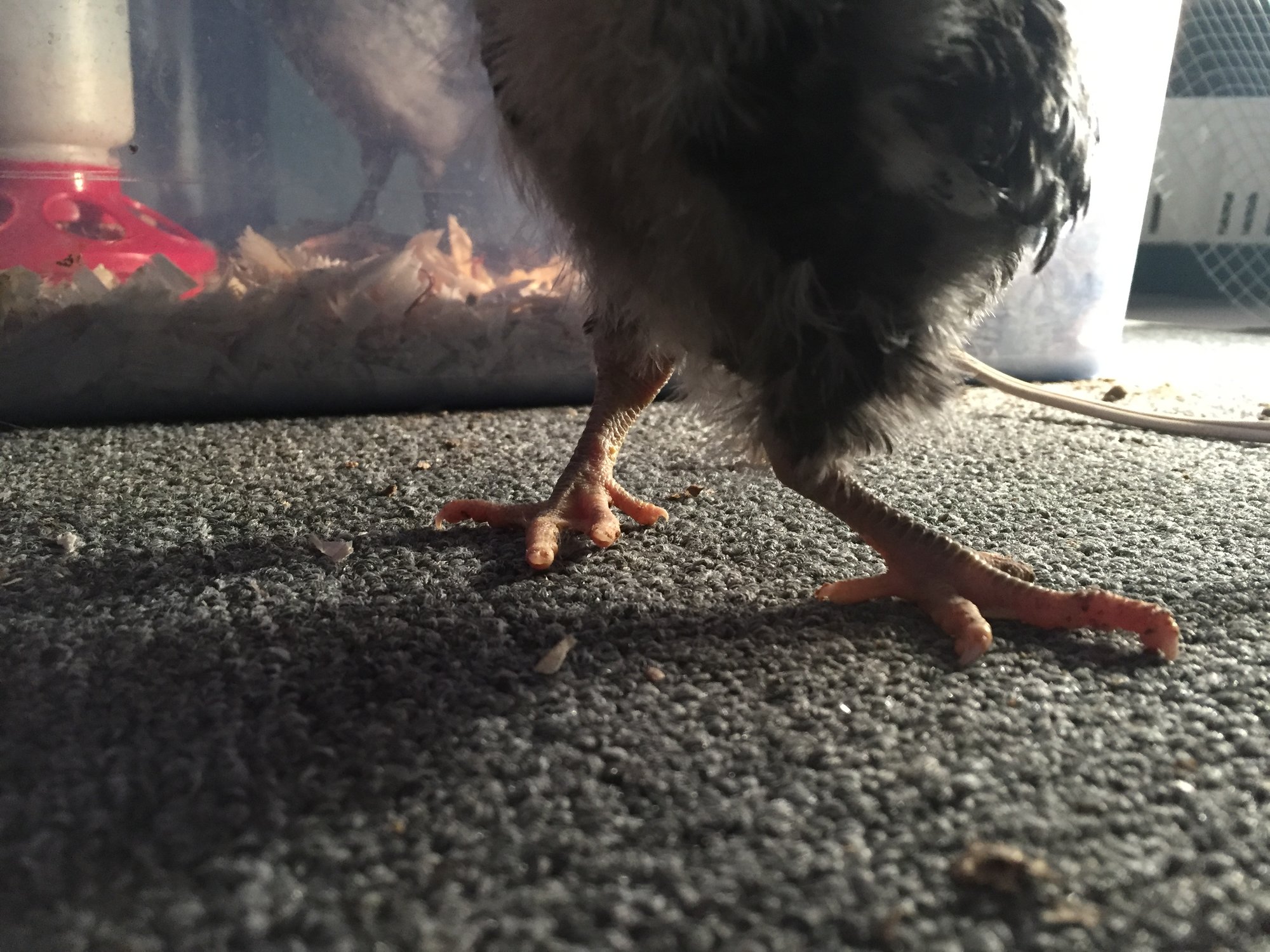 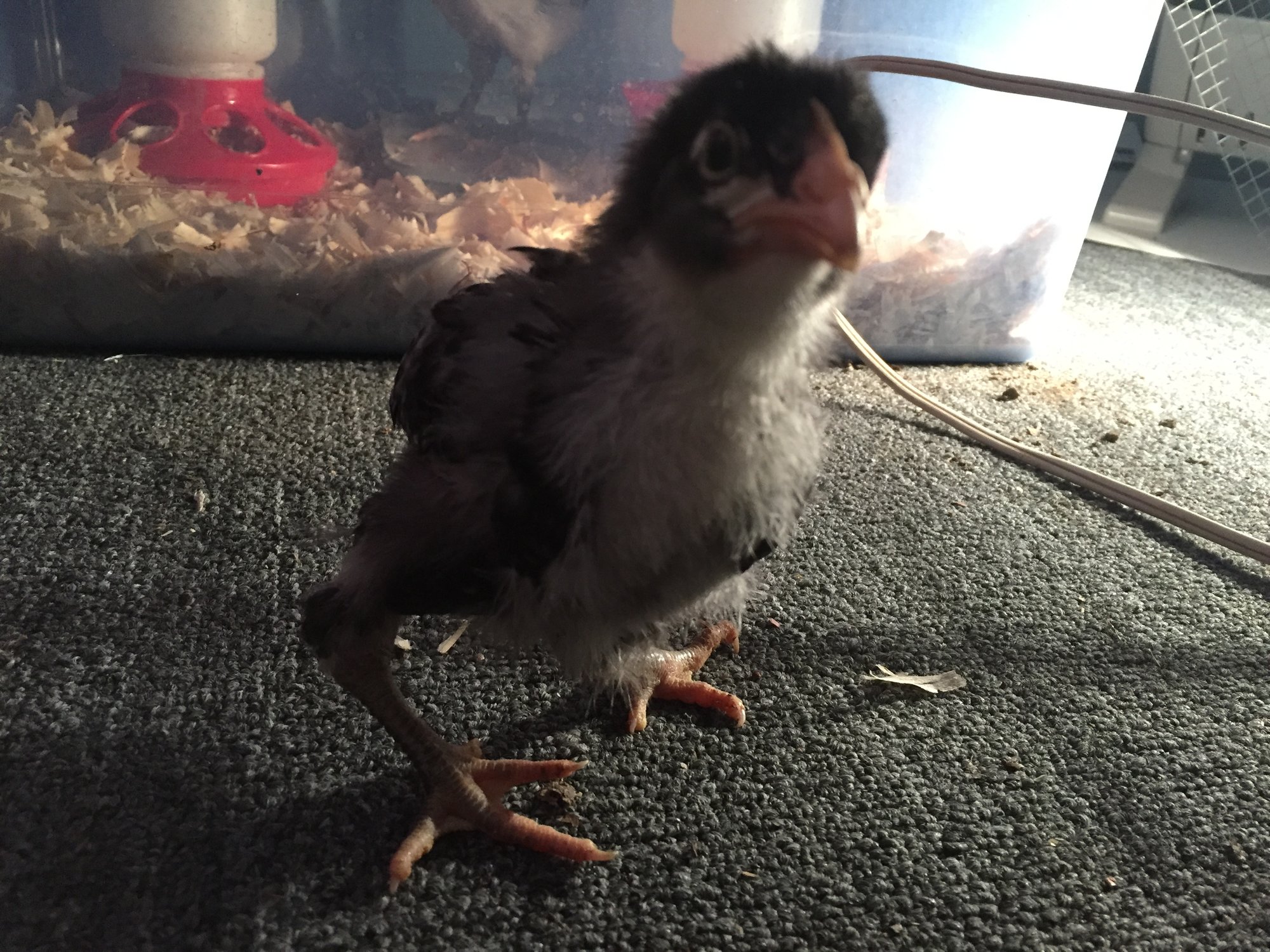 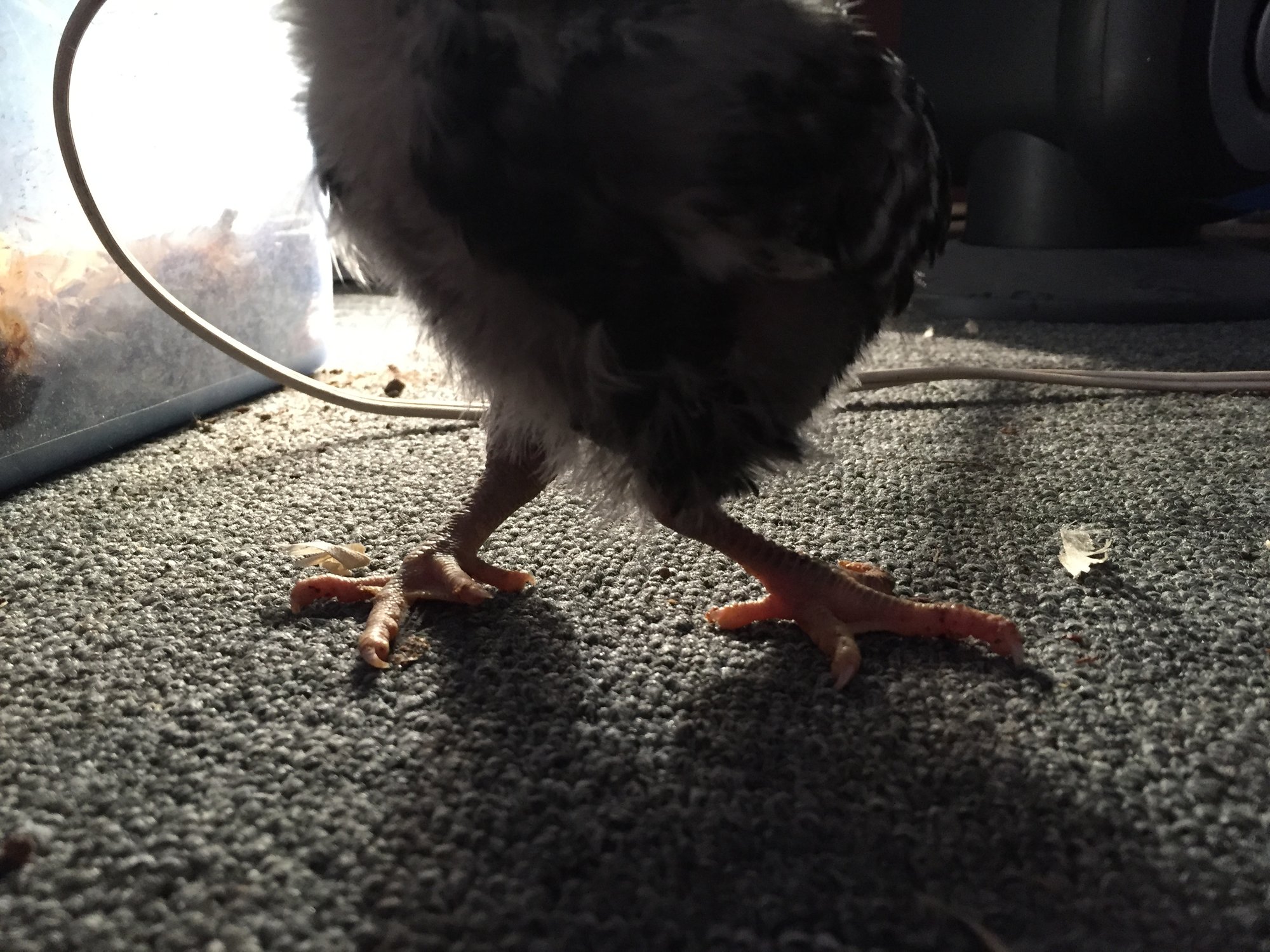 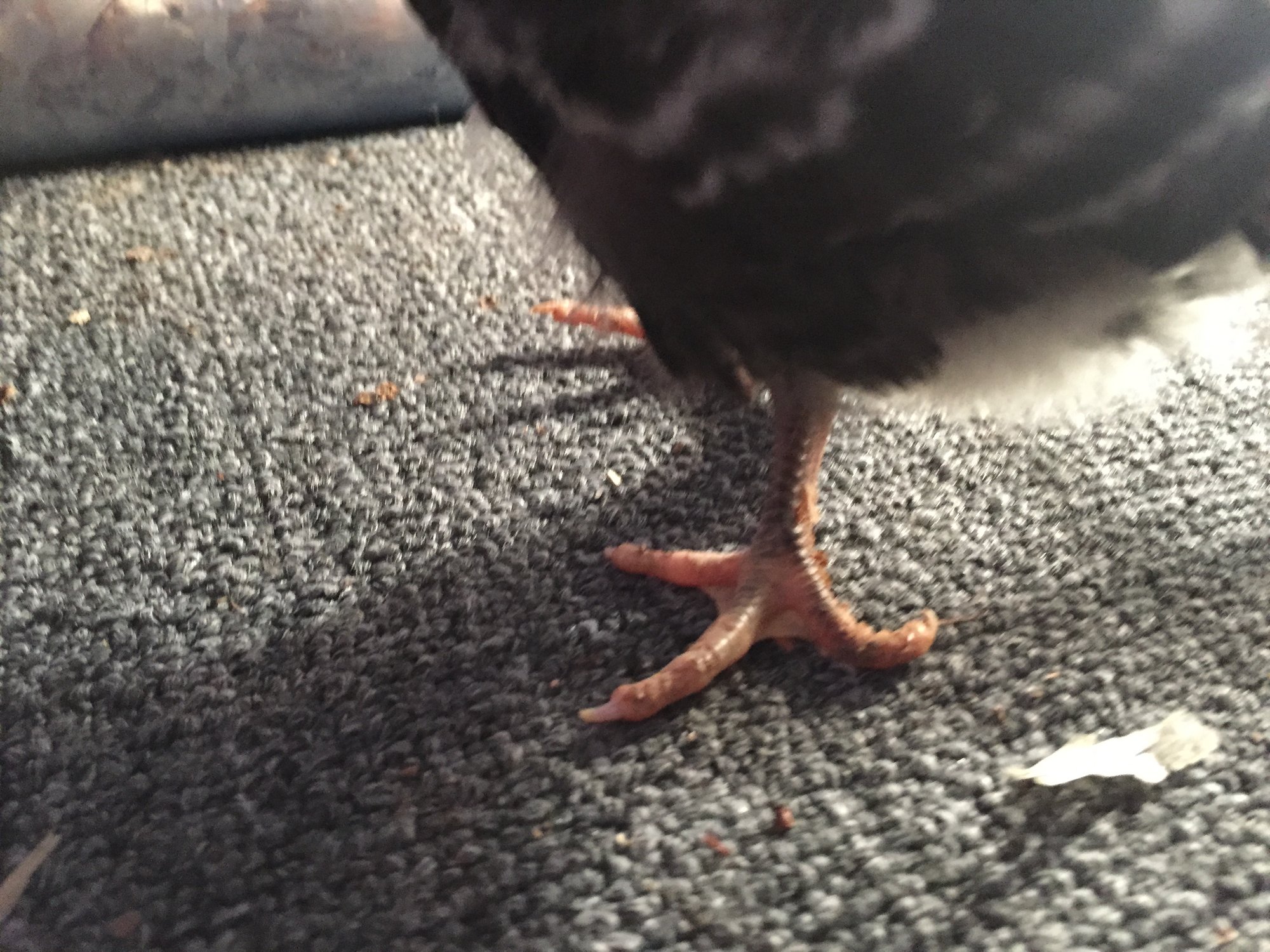 She had her leg bent out strangely in some of those pictures which she doesn’t always do... not the best pictures. If you would like me to try to get better pictures/different angles let me know

Aww, poor thing! I am not an expert, but it looks like a deformity

I realize I said a lot in one post haha but to clarify, it’s her right leg that seems bigger and more problematic. Her left leg is normal size although I think it’s starting to bend inward at the joint to compensate for the other leg.

You are the only one who can make the decision to cull. There are a few things to consider besides whether or not she's in pain. What would her quality of life be like? Would she ever be able to be with the flock (chickens are flock animals, and in my opinion are better off with other chickens)? Will the other chickens notice that she's weak and constantly pick on her? Will it get worse as she gets older, maybe then causing her pain? Will she be able to scratch or peck and chase bugs outside like the other chickens?

Some of these questions may not be answered until she's older. If she were mine, I'd maybe watch her for a while, and see how things go. I haven't experienced this, so I can't advise specifically. What I will tell you is, if I don't think a chicken is going to have a good quality of life, I put it down. I feel that's better than a life of solitude if it has to be keps separate, or a life of being picked on by the rest of the flock.

Chick hatched with leg splayed back