I currently have a sick Belgian D'uccle Chicken. It is 12 weeks of age, and I have had it since I hatched it inside my incubator. It hatched along side its brother, whom is healthy and happy, however this little girl has been ill for around a month now. At first it was sneezing every now and again which I had thought was caused by its sawdust bedding, but since noticed recently its had a runny nose. She has been in a coop with 11 other 12 week old chickens that I purchased all separately except for her and her healthy brother which I hatched. I have owned them all since they were day olds.

I quarantined her once already probably 3 weeks ago, whereby I set up a pen inside (unlike her outside coop) and put her alongside another baby chick from her pen. I fed her antibiotics in there water and ensured she had a warmer environment. At the time I thought it had something to do with the cold weather where I am (Australia, NSW), however every other chick has been completely fine and I ensure to leave a heat lamp on them every single night (sometimes leave it on during the day).
She is always looking to snuggle with others and hide in there feather.

Today, she has begun sneezing nearly once every minute which i figured wasn't very good, so I have her inside again but by herself with the general poultry antibiotic, food and bedding. She is eating and drinking fine. I wipe her beak with a Qtip often to remove any unwanted bits. She also opens her mouth wide very now and again to breathe which I'm assuming means she has restricted airways through her beaks nostrils. Her poo is fine, no blood or unwanted colouring's. She is far smaller than the rest of her gang, with the brother in particular being much larger than her. Whether this is because of the way she stands I don't know. She holds herself very hunched.

I have attached a photo of her.

Sorry for the long story. Wanted to address as many questions I may receive before people ask. I am all for caring and helping my chickens in any way i can , but unfortunately I am not in a financial position to make a trip to the vets for numerous costly tests. 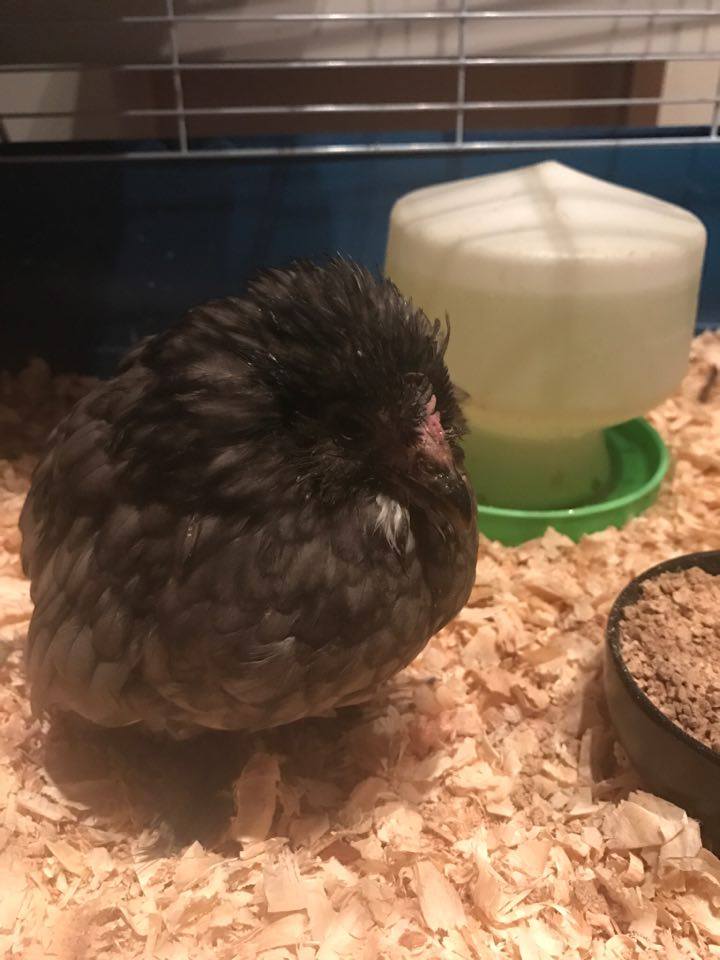 What is the name of the drug in your antibiotic? Sick birds usually do not drink enough water which can prevent them from getting the proper dosage of an antibiotic. With her only symptoms of sneezing and runny nose, she could just have a respiratory virus, such as infectious bronchitis which usually does not require an antibiotic. But usually that will spread throughout the flock. Your little one may just have a problem with immunity to common illnesses. I would make sure that she is getting enough of the antibiotic (or give it to her in a concentrated form) and provide a teaspoonful of cultured plain yogurt in her food daily for probiotics. After the meds, a poultry vitamin or tonic might help to boost her. Sadly, she may be just a weak chick.

Does Babs have a cold?