I'm going to be setting my first eggs in an incubator tomorrow, and I'm trying to decide which ones. At the end of this post, I'll put some pics. I think my roo is some kind of production red or RIR cross. Not sure. Maybe you can help with that too. Anyway, for black sex links, you cross a red or solid roo with a barred hen? Other than a barred rock, which I have one of, what other breeds are considered "barred". Would I be able to cross any of the following to get a sex-link, and does anyone have experience crossing a roo like mine, with these breeds: Barred Rock, SLW, SS, Light Brahma, BO, Brown Leghorn, EE.

Below is a decent pic of my roo (from a couple weeks ago...he's really matured a lot since then), plus a couple crazy pics that should show most of the hens currently being mated... 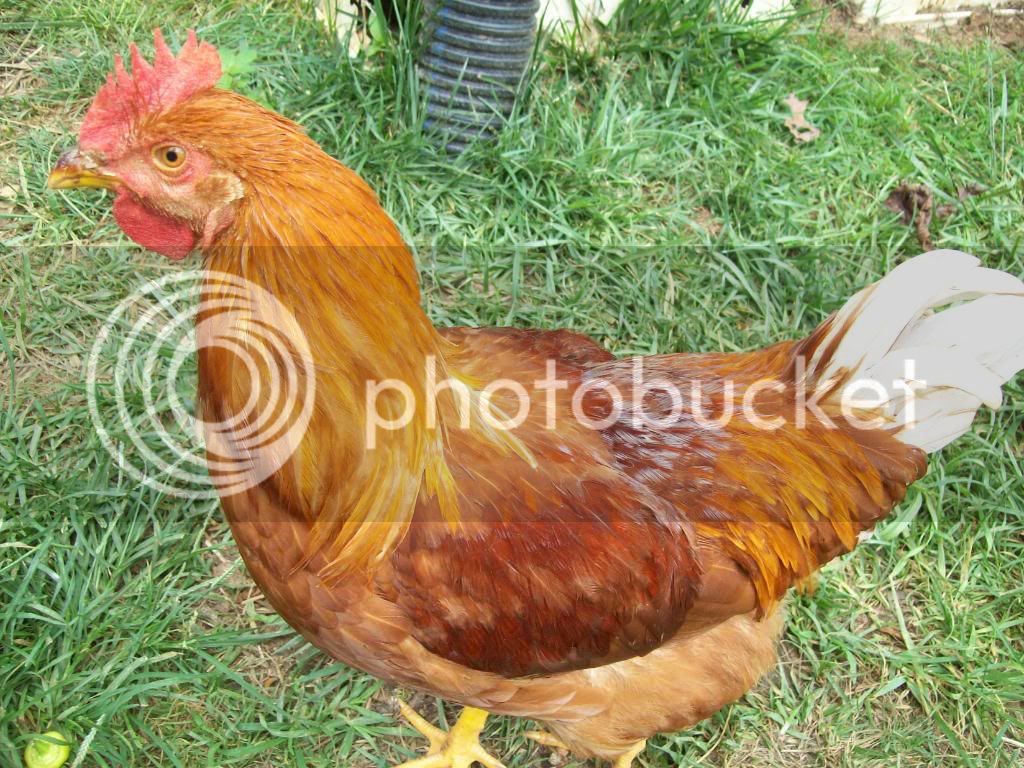 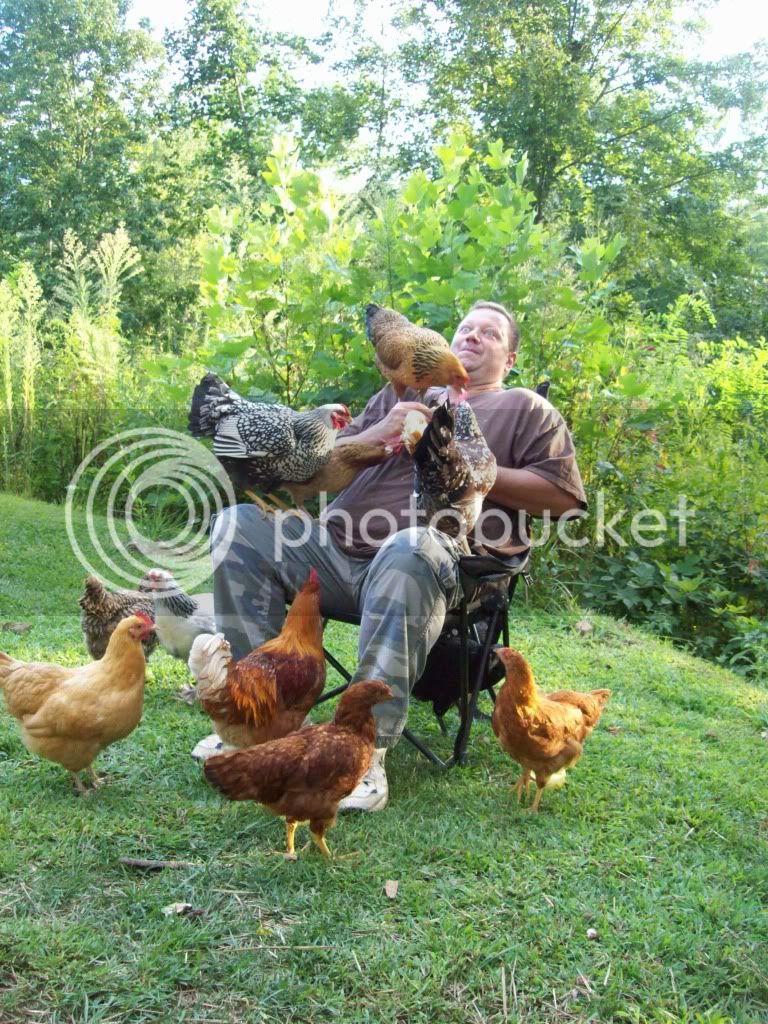 Love the picture!! Too cute!

I don't know anything about making sex-links, but your picture made me smile.

I don't know anything either but glad I tuned in to see your hysterical photo!

im no expert but i think slw would work and maybe light brahma...

LOL, glad you like the pic. They get a little aggressive when it comes to bread, hahaha!

I was thinking the same thing, allmychickens, at least about my SLW. Hadn't really thought about the Brahma. Also wondering if enough of the blue egg gene will be passed down, or if I'll end up with brown eggs if I hatch something from our EE. Her eggs are sky blue.

that slw is a beautiful bird

Quote:
Thanks. She's got the best personality too. Very noisy, always sits on the back porch and calls for me. Hilarious!

Quote:
I can't even get all the way out the door before they begin gathering at the bottom of the steps. I have to be very careful as I walk to my chair, and within a second of sitting down, I get 3 to 5 chickens on me. Completely nuts!

Your cockerel is indeed a Sex-Link, although technically he's the offspring of Sexlink x Sexlink.

EE - They'll look like EE's, some will be mostly white, most will lay green or brown eggs.

Barred Rock - Sex-linked birds, males will be either barred or white barred; Females will be mostly black with hints of red on the neck and breast.

Buff Orpington - They'll look very similar to your Orpington hen but darker, some will have white on them.

Brown Leghorn - Same as the EE's, they'll be brown with black or white markings on them.