(Cute pictures) Kitties enjoying some outside time in empty brooder

Realized my brooder could be used as a temporary catio while it's still empty, and decided to let them get some fresh air. 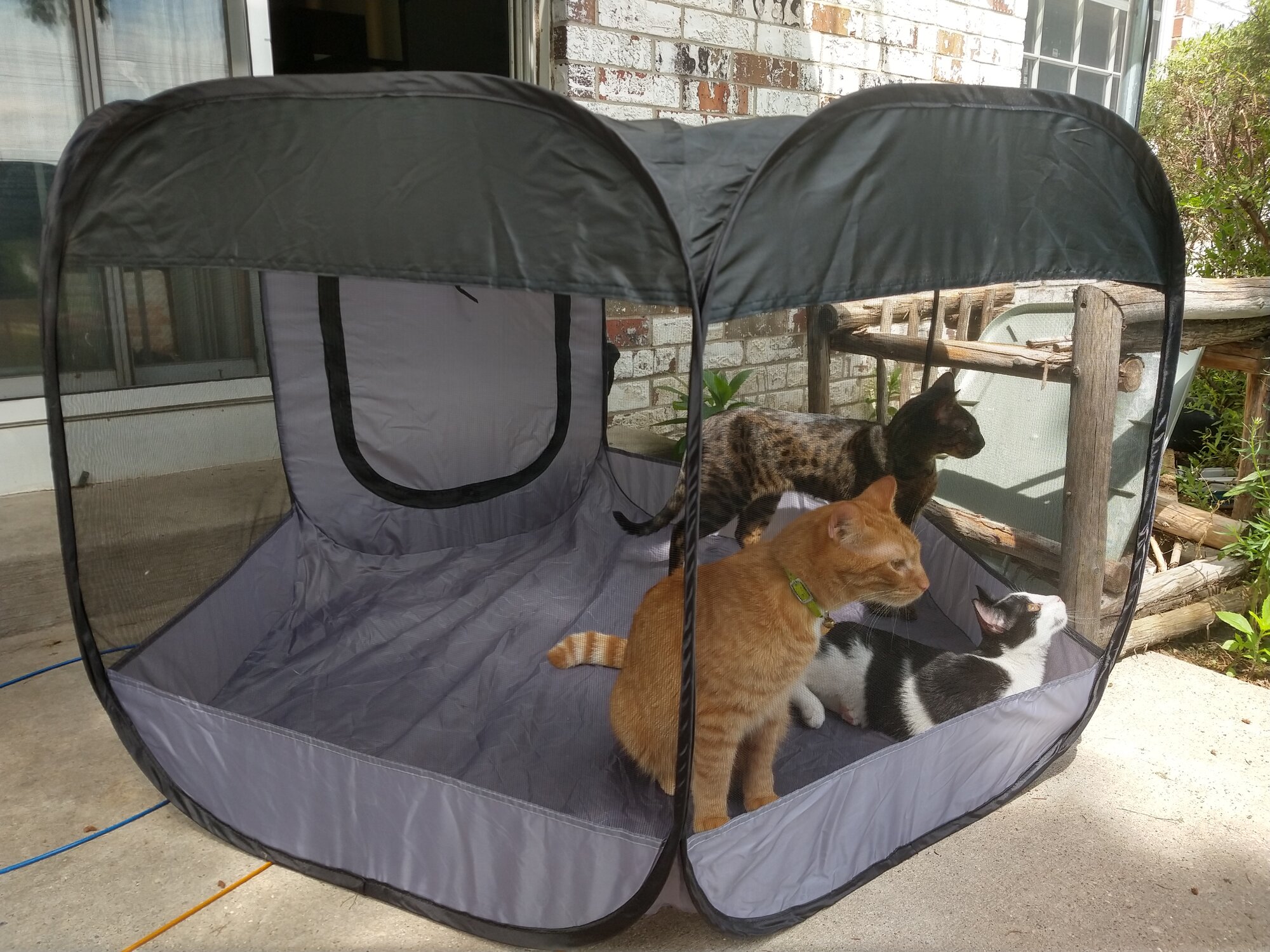 This is Sol (orange), Dr. Bright (black and white), and Luxor (savannah cat) watching some small animal across the yard. 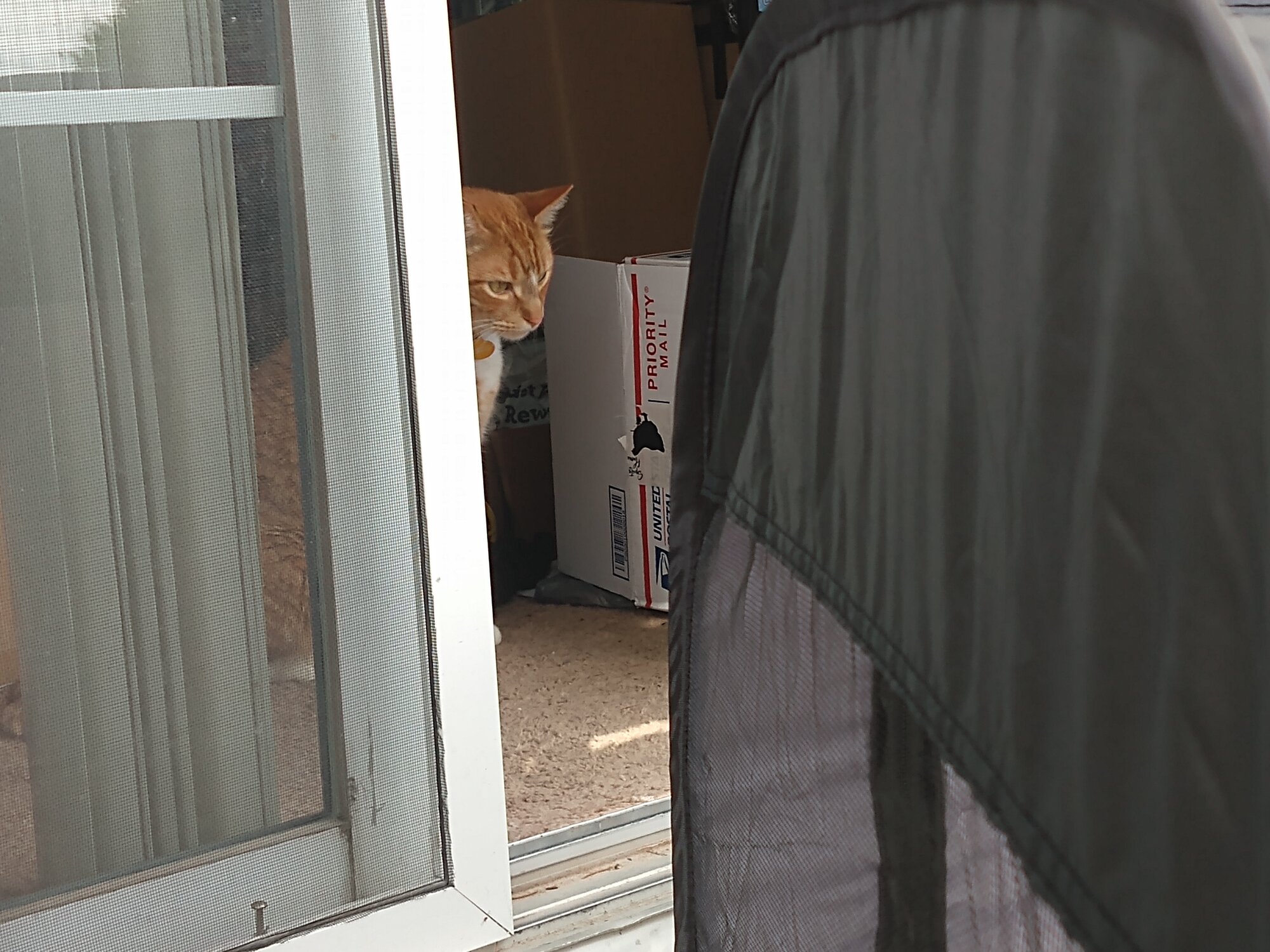 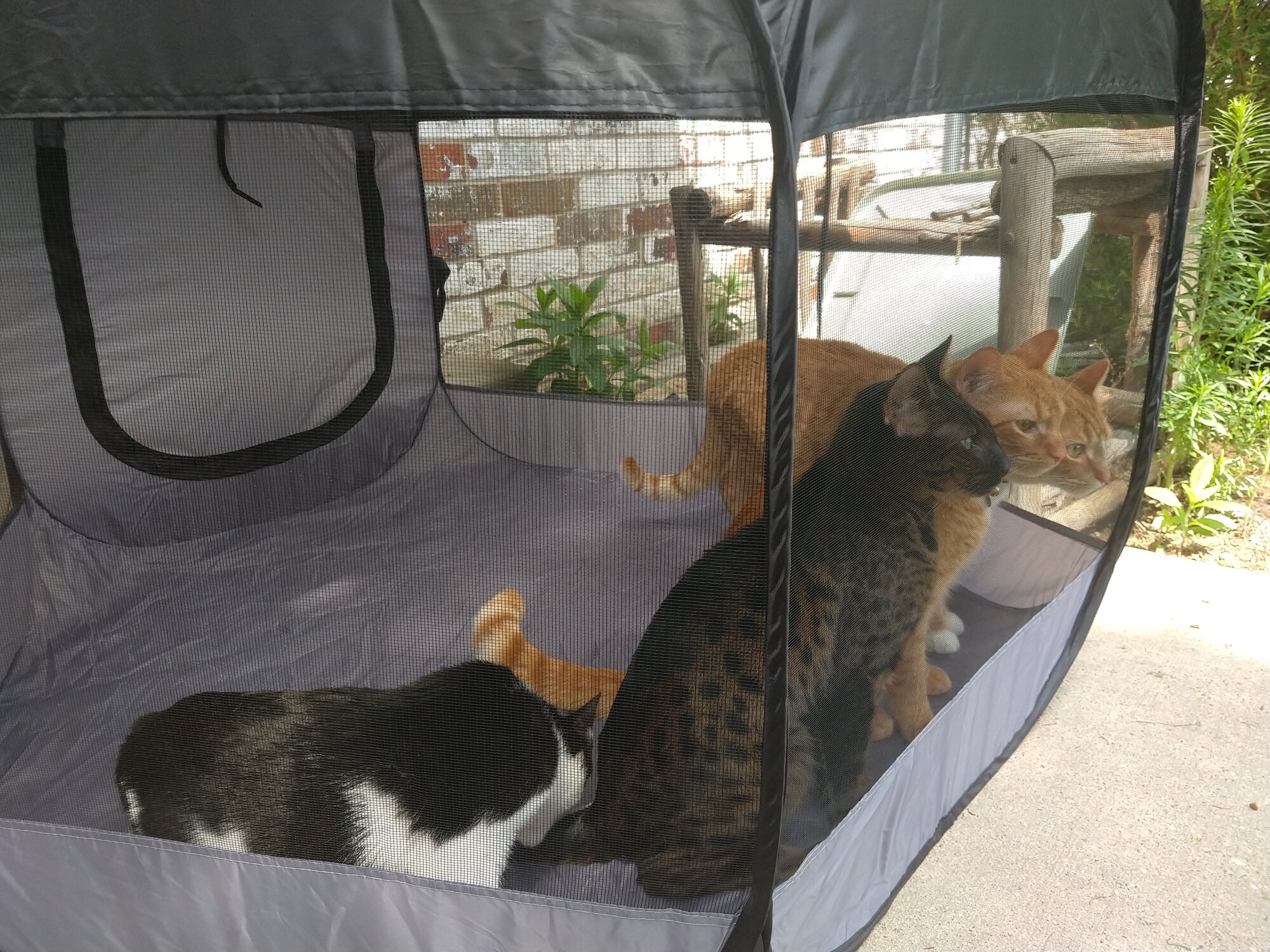 How precious is this?! Great idea, btw. You have some beautiful kitties.

Isadora T said:
How precious is this?! Great idea, btw. You have some beautiful kitties.
Click to expand...

They're too cute for their own good.

Technically the "brooder" is a pet play pen anyway. I just really like it because it opens from the side and can easily be moved outside to introduce the chicks to the flock.

Took the chicks outside today and took 865 pictures! Here's some!!!